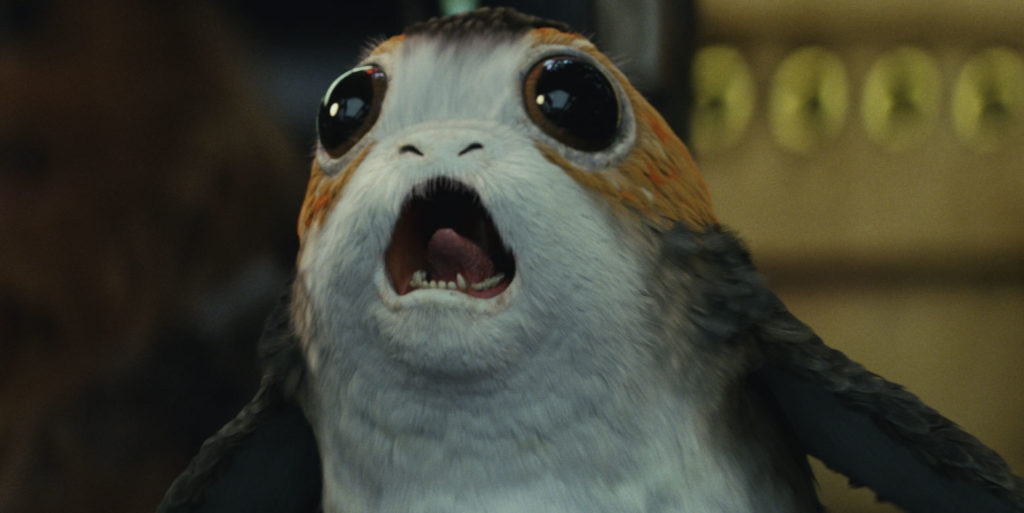 We close our week of roundtables with a subject near and dear to our hearts. At its core, Film Flam is a guide to, and celebration of, the moviegoing experience in Boston. As great as Netflix is, it can’t compare to sitting in a dark room, staring at a big screen, and sharing the experience with a roomful of fellow popcorn junkies (or not, as the case may be). Guessing what happens in 2018 is a losing game, but as long as we haven’t been blown off the map (nervously refreshes Google News), the joys of the cinema will remain.

W. LOGAN FREEMAN
Star Wars: The Last Jedi. I may have just seen it as of writing this but I’d be lying if I said anything else. This strange, truly odd, idiosyncratic entry in the long running franchise fueled my soul.

KYLE AMATO
Seeing Get Out in Austin with a group of people who had no idea what to expect. The tension in the theater was unbelievable, as was the catharsis of cheering and applauding as the climax barreled forward. The only other theater experience that came close was seeing It, when everyone started cheering as a group of children beat an evil clown to death.

KYLE BRUNET
Everyone’s favorite movie going experience usually revolves around being in the middle seat of the middle row in a sold out and very responsive theater. Usually, these are my favorite experiences as well, but this year, the best experience ended up being one where it was just me and few other brave souls in the Coolidge’s main theater on a Friday afternoon, watching Darren Aronofsky’s under appreciated tour de force mother!. Being a huge Aronofsky fan, I was greatly anticipating mother!, so much so that I made a point not to watch a single trailer, just to hold my expectations at bay and to be gradually shocked. Well, I made the right decision, because watching mother! with not a single expectation made it even more impactful. Never once did I get antsy, and never once did I get out of my seat. Shit, the last 30 minutes had me at the very edge of my seat, digging my fingernails into the seat in front of me. As the movie ended, the credits started to roll, and the lights came up, I was in complete and absolute shock. Never have I felt so gross yet mesmerized, scared but entranced. I sat through the whole credits, not out of a need to, but out of a necessity to calm down and process what just happened to me. mother! will go down as one of the best movie experiences I’ve ever sat through, so much so that I can’t tell you a single thing about the Arcade Fire concert I went to later that night. mother! was all I could think about, so thank you for that, Darren. 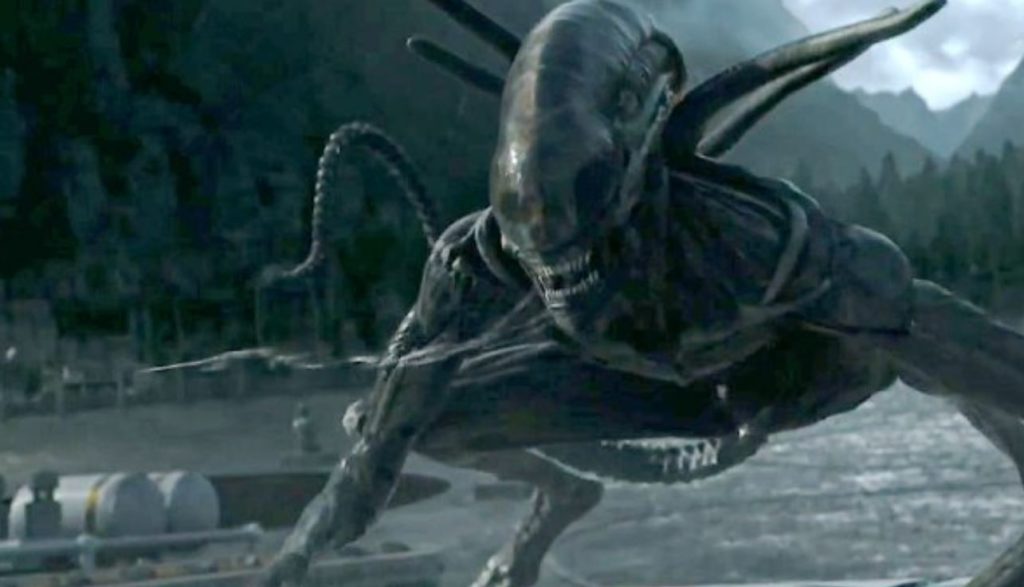 OSCAR GOFF
As a movie, Alien: Covenant could have been better, trying as it was to both continue the themes of Prometheus (which I actually adored, despite its tepid reception) and appease those looking for a more conventional Alien prequel. But it was vastly improved, in my experience anyway, by the pair of middle-aged townies sitting behind my girlfriend and me at the Somerville Theatre matinee we attended. Every time something unpleasant happened to the protagonists– and I mean every damn time— they would jump up and down in their seats, yelling, “Ohhhh, SHIT! No! NO! Don’t– Oh, FUCK! JESUS CHRIST! SHIT! Oh my GOD!” I don’t generally condone talking during movies, but the enthusiastic revulsion these two experienced was contagious, and completely made the movie for me. God bless you, people who somehow weren’t expecting gross stuff in an Alien movie.

ANDERS CROFT
Baby Driver is one of those films that’s just, like… almost too much. Edgar Wright made something that’s so visually captivating and engaging that I was on the edge of my seat the whole time. The editing, the acting, and the outstanding soundtrack all came together to create an experience that made me feel like I was absolutely high out of my mind. It’s the perfect trip for any adrenaline fiend.

NICK PERRY
I’m going to go a little broad here, because my favorite movie-going experience was the return of the genre picture as a box-office force. Now, I know you’ll talk to me about independent horror and little-seen romance movies, and I’m all here for that discussion—I love talking movies, and The Babadook and Obvious Child are amazing movies. This year, though, “genre” pictures blew up in a very big, very important way, whether it was through the box office or through the zeitgeist. Wonder Woman, The Big Sick, Get Out, Girls Trip, The Shape of Water, and Logan come to mind, just to name the biggies. These movies were big and bold and so completely tied to their genres that to call them anything other than what they are—horror, rom-com, superhero, etc.—does a disservice to the films and to filmmaking at large. For instance, to nominate Get Out as a comedy is to completely misread the intent of this intricate work of horror—and if anything, to fall into the villainy it speaks to. It’s a shame that these movies will probably not get their due come awards season—particularly Patty Jenkins and Jordan Peele for directing—because so many people tend to dismiss these “genre pictures.” Fortunately, the people have spoken via box-office returns, and it looks like the return of genre is nigh.

We hope you’ve enjoyed this week of roundtables! If you missed any, check out our celebrations of the best performances, best scenes, worst movies, and most underrated films of the year.