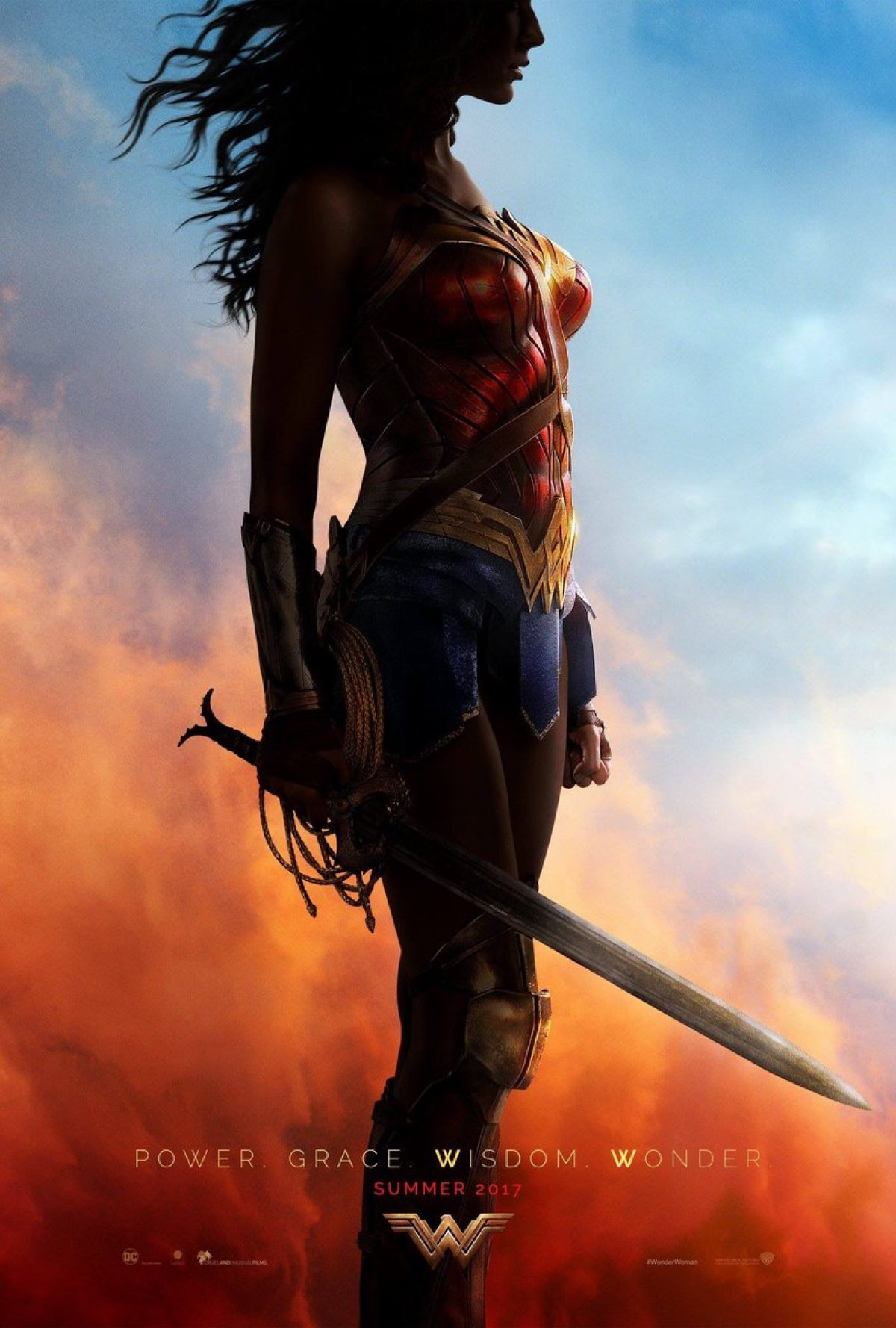 Wonder Woman is a movie of staggering beauty.

There are so many exceptional sequences and moments, from intimate conversations to explosive fights to the casual grandeur of Themyscira, home island to Wonder Woman and her community of mythical Amazons. Of particular note is the “No Man’s Land” battle sequence, which is arguably one of the best action scenes ever filmed. At one point, there is an overhead shot of Wonder Woman facing off against a machine barrage of bullets with nothing but her shield: it’s a scene that caused me to lean forward, mouth agape. It’s a movie full of those types of moments that are the reason we watch movies and worship at the altars of film and superheroes. Patty Jenkins infuses a thrilling tableau-esque commitment to biblical, ancient imagery such as those found on tapestries or paintings, leaning into the myth and iconography of Wonder Woman, crafting a deeply felt movie out of such fantastic things as bulletproof bracelets and a Lasso of Truth.

The myths of old converge with the myths of comic books, creating a movie with a scope that feels endless.

There is one particular scene that becomes key to the whole movie, in which Wonder Woman, known throughout as Diana Prince, makes her way to a small French town in order to expel the Nazis that are ravaging the townsfolk. She and her ragtag team defeat the soldiers on the ground, but then must contend with a lone sniper at the top of a church tower. In order to reach the top, Wonder Woman is thrust into the sky—in a variation of a move sidekick Steve Trevor learned on Diana’s home island. The camera captures her slow-motion propelling into the air, and she quickly smashes into the church tower, bringing it down and defeating the sniper.

Diana, princess of Themyscira, stands alone, victorious atop this formerly towering structure—evocative of old-world Patriarchy now reduced to rubble. The townspeople below applaud and cheer, no longer captive to the toxically masculine Nazi force, now free thanks to Wonder Woman.

This is a moment of heroics, not just in the sense of what we expect of our superheroes, but also in the sense of what Diana expects from herself. The bad guys are easily defeated and our innocent townspeople are saved for another day. Diana fought like a warrior and used her strength in order to defeat the Nazis. The movie’s exceptionalism comes not from its commitment to iconic imagery such as this, but through its understanding that real-world battles are rarely like the comic books we’ve grown up with.

Yes, these bad guys are defeated, and these townspeople are safe, but is peace ever eternal? 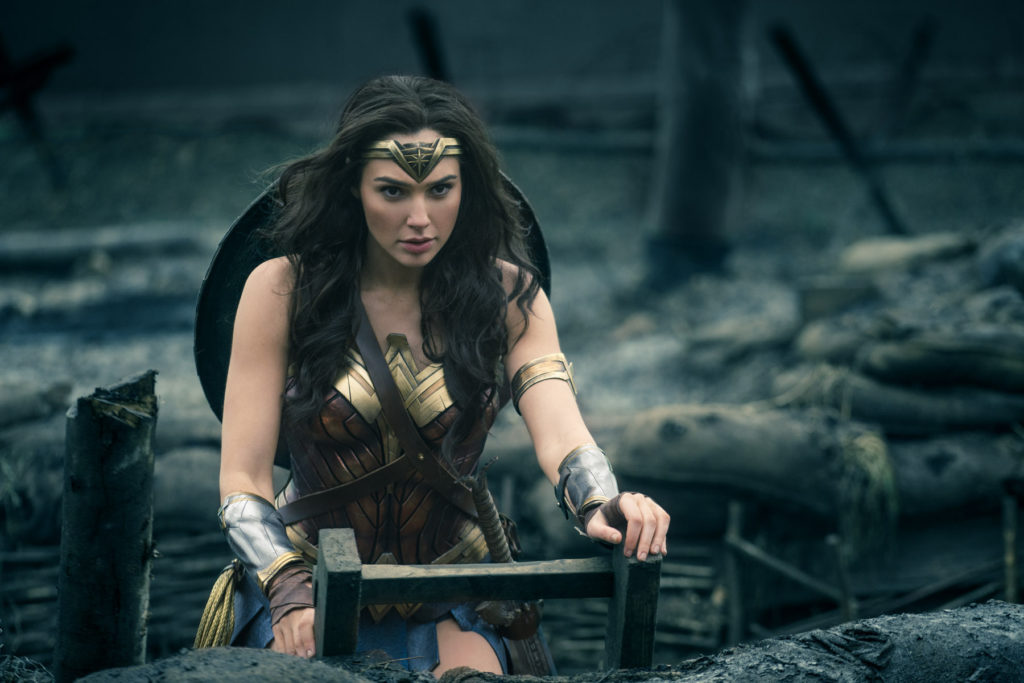 These moments of pure heroics are of course brilliantly shot by Patty Jenkins—who draws greatness from the screenplay, which arguably suffered from being written by five dudes. Jenkins’ excellence is balancing these moments of heroics with sudden emotion and intimacy. Right after this churchyard battle, we watch Diana and the townsfolk celebrate and dance. Diana and Steve discuss what it means to live a life in relative peace: they dance as the snow falls, making merry in a way both foreign and captivating to the Amazon outsider that is Diana Prince—that is Wonder Woman.

These scenes are surprising and welcome because of their stark honesty, which ends up being infused into the whole movie, whether it is the townsfolk celebrating, a fellow soldier experiencing pronounced PTSD, or Diana and Steve falling in love. This profound intimacy—not just between characters, but also between the movie and the audience—is then diffused throughout, making even epic battle sequences something personal and deeply affecting. There are times in the midst of a great battle in which the camera focuses squarely on Diana’s face as she searches for not only how best to win the fight, but also the deeper implications of these humans with their messy morals and unpredictable actions.

This is ever important, considering that the Amazon princess is a warrior who has trained her whole life for warfare she always longed to be a part of but never truly understood the nuances of.

It’s a fabulous arc for the audience to watch unfold, especially considering the fully formed Wonder Woman we were introduced to in Batman v. Superman: Dawn of Justice. In that grim, gritty, and endlessly “manly” movie, Wonder Woman appears as this beacon of glowing light and hope. In Wonder Woman, we follow a young woman on the path towards this greatness, capable and astounding at once, yet full of an innocence that borders on the naive, only for it to give way to a kind of earnestness found in exceptionally passionate leaders.

She becomes the kind of hero Wonder Woman has always been: a hero that seeks not for you to simply follow, but works to inspire you to be better than yourself, to be better than the darkness that lurks within all of us.

She is a tireless warrior not fighting for the sake of vengeance or grave duty—like a Dark Knight or Man of Steel—but instead, she is working towards a more peaceful and loving tomorrow. Her goals are clear, and whereas Batman and Superman rarely seem to know what type of world they want to craft out of their heroics, Wonder Woman has and always has had a clear vision of what she wants out of her actions. Her vision is wonderful due to its clarity, but it is made complete because it allows for the imperfections that make us human—for better or worse. 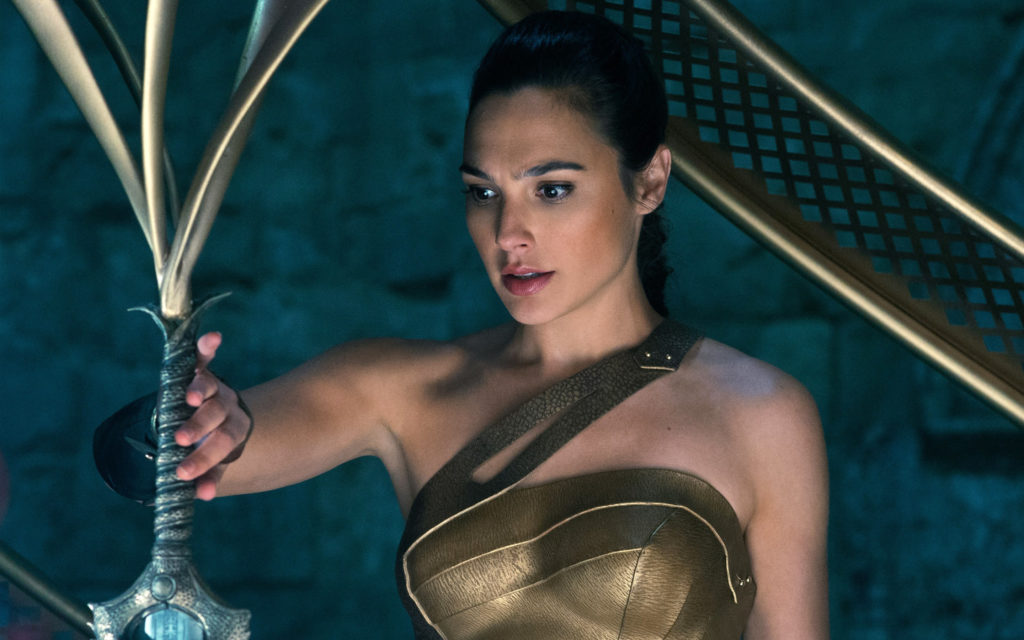 There is so much from this movie that I want to gush about, to be honest. The action sequences feel like something new, outside of what we’ve seen from Marvel or DC, even if they rely a little too strongly on slow-motion sequences and heavy CGI. Of especial note are the lasso scenes, which are just unquestionably beautiful and basically had me quivering from joy. Although I still have to admit that I am not as captivated by Gal Gadot as I was by Chris Pine, Lucy Davis, Elena Anaya, or even Robin Wright (who oh my god please give some type of spinoff or superhero movie to please please), there are moments of true greatness, particularly when she leans into Diana’s easy confidence, her almost self-righteousness, or her wise naiveté (Diana running towards the baby was so perfect and such a reminder of the character’s personality and origin story). I also loved the villains, especially because some could veer into campy levels of brilliance (Dr. Poison and Ludendorff laughing at the one gas mask joke was priceless). Yet the movie makes these villains worthwhile by leaning into the campiness in order to subvert our expectations of such obvious, capital-V Villains in a way that makes them terrifyingly human.

The movie is thrilling not just because of the laundry list above, but ultimately because of its clear arc and deeply felt and earned message: it crafts a pointed statement on the supposed softness and delicacy of love and its positioning as a counter to manly warfare, but it never veers into the saccharine or the immature. Instead, the message becomes that the war Diana, princess of Themyscira, has trained for is the ongoing war that humans fight with themselves, ones that rage on the corners of our mind and come out as small, interpersonal actions that slowly escalate into something as painfully global as a “War to End All Wars.”

This message is just as complex as those eternal concepts of love and war, good and bad that Diana is torn between. Through this, her first battle, Diana learns that, although striving for peace does mean killing the Bad Guy—whether it be an angry, hateful God or men committed to victory by endless battle, no matter the sacrifice—killing the Bad Guy is rarely the easy solution in something as big and complex as war, just as much as loving someone rarely absolves them of the misdeeds they have committed or been complicit to.

Wonder Woman is a movie of staggering beauty, bestowed exceptional power because of its commitment to profound truth. Like our hero, the movie never shies from looking at things as they are, as they truthfully are, painting all of it in shades of gray. Yet at the end, we aren’t left with a muddy, confusing world, but instead a glowing, golden figure of hope and love: we are left with Wonder Woman, a hero who shows that love is worth protecting, worth fighting for, and especially, worth believing in.

Whether we deserve it or not is inconsequential.

Now playing at Somerville Theatre, and pretty much everywhere else.