“It’s the greatest gladiator match in the history of the world,” is how Lex Luthor describes the titular battle millions of people around the world will be seeing this weekend. After a long production history and a year of delays, Batman V Superman: Dawn Of Justice is finally here under a wave of bad buzz. I was hoping that it would be a case of critics being overly harsh on a rather stupid but solid movie. I had faith that 300 director Zack Snyder would turn something dumb into pure spectacle. I had faith that everybody would learn from the mistakes from 2013’s Man Of Steel and make a film that improved on its strengths and avoided the pitfalls. Boy, was I wrong.

So what’s the plot? After the mass destruction during the battle in Man Of Steel that resulted in the deaths of his coworkers and friends, billionaire Bruce Wayne is pretty pissed off at Superman. In Gotham, Bruce is unleashing his own wave of vigilante justice as Batman. Meanwhile, Superman is being questioned over his actions by a senate committee as the world begins to ask about the ethics of his presence. Without spoiling anything, these stories eventually converge into the titular superhero showdown promised on the ticket stub. In fact, Zack Snyder did a great job telling this exact same large-scale story with 2009’s underrated Watchmen. This should have been a walk in the park for everybody involved. The pieces that comprise Batman V Superman fundamentally make sense. Write a story outline of the events that happen in the movie, and you have a working concept for a superhero movie that also can shoehorn in the franchise-building Warner Brothers desperately wants.

But the execution is shockingly incoherent. In Storytelling 101 (not the college class kind, the elementary school kind), it’s always taught that it should be made somewhat clear how a character gets from Point A to Point B. In Batman V Superman, this rule is thrown into a dumpster fire. Characters are randomly thrown into completely different settings (or even countries) by the next shot with zero narrative tissue or even establishing shots to show how they got there. The only sequences that make actual narrative sense are the ones that involve fighting, punching, or explosions. But maybe this is what happens when you get a director mainly praised for action visuals over narrative. The finished product plays as if a rogue employee broke into the editing suite and shuffled the scenes around as a joke. There’s absolutely no momentum in the first hour and a half as it randomly jumps between characters, making a simple story accidentally confusing. 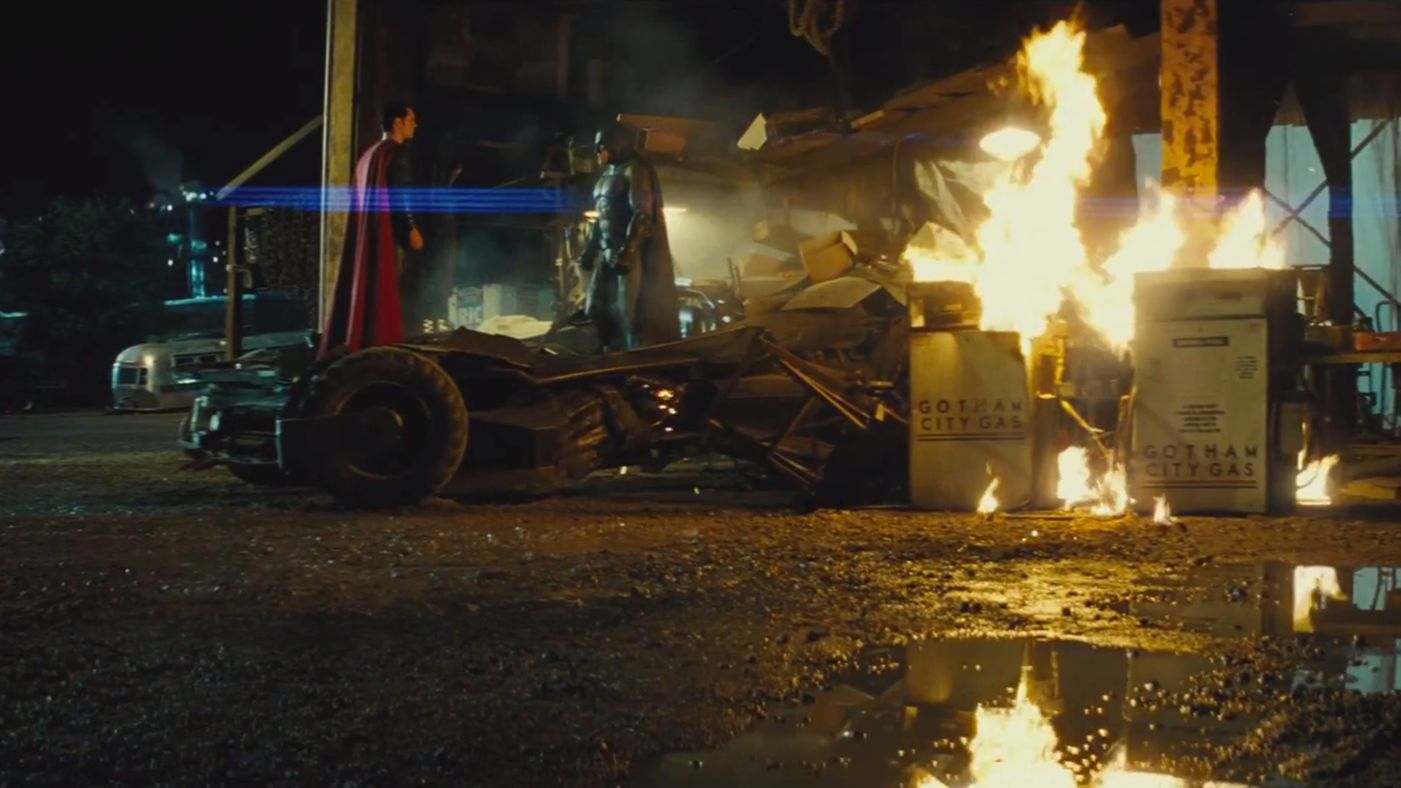 It’s a deeply jarring experience. Not only do you not understand how characters get to and from places, but you don’t understand why they’re making any decisions whatsoever. This is a huge problem when your plot hinges around character motivations and tensions between them. Why does the movie’s villain Lex Luthor want Batman and Superman to fight? You sure as hell won’t know, as his reasoning seems to change within every scene. For a movie with two billionaires as characters, you know it’s bad storytelling when you can’t even understand what their companies do. I mean what is LexCorp after all? Besides getting a glimpse of their Google-esque lobby, I still have no idea what this mega-conglomerate actually does to generate profits.

As I said earlier, everything in the story makes complete sense. It just seems that there’s a missing reel or twenty with critical information that should have helped the audience understand why it’s going on. It’s a remarkable exercise in incompetent editing, and is almost essential viewing to understand how not to put together a movie. Zack Snyder has made it abundantly clear that there is a longer 3 hour R-Rated Cut that’s 30 minutes longer than this incomprehensible 153-minute behemoth. Maybe the deleted scenes actually tie the pieces together, but for a movie longer than The Dark Knight it sure feels like it’s rushing through things. And there’s a lot of wasted space too. In the exposition heavy prologue, there are certainly a lot of unnecessary dream sequence action scenes padding out the runtime.

And what’s up with the visual aesthetic? Zack Snyder has always been criticized for style over substance filmmaking, but this film is devoid of the often beautiful imagery he’s become well known for. Regardless of the varying quality of his films, it’s been hard to deny that he has a unique eye for action filmmaking. But this is a tragic visual regression for a director who now seems intent on aping Christopher Nolan by the way of Michael Bay. The palette has been muted to the point where you’re not sure if somebody in the editing room failed to color correct this thing properly or if somebody accidentally left a murky filter over the projector. It’s a big enough misstep that you might be afraid of re-watching Snyder’s gorgeous earlier works. 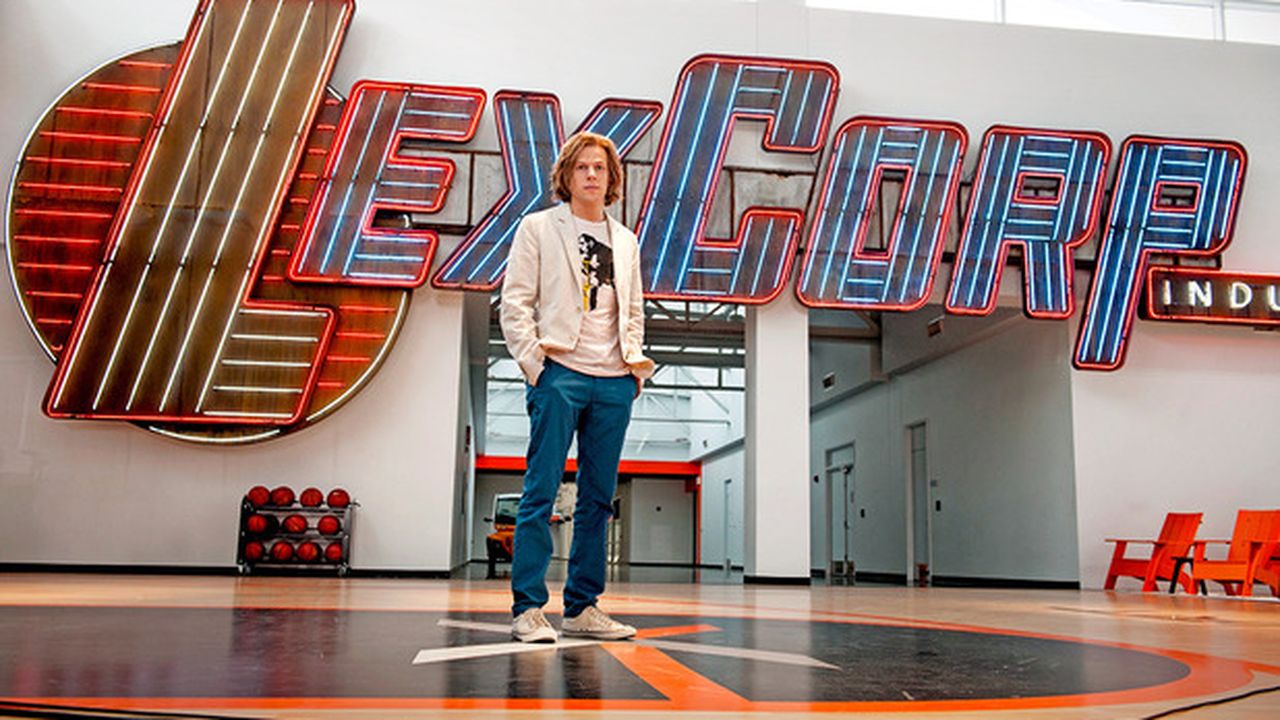 Let’s make no mistake. Batman V Superman is a big, stupid, 250 million dollar clusterfuck. But I can’t shake off the big question of where this movie went wrong. The thing is that I don’t know where the blame in this movie fully lies. A solid narrative that addressed the events in Man Of Steel, created a new Batman origin story, created conflict, and a studio mandated way to set the stage for the DC Universe was there on paper. The cast mostly do a pretty good job. Ben Affleck is a very good Batman, Henry Cavill is fine as Superman, and poor Holly Hunter deserves credit for delivering dialogue as bad as, “Don’t piss in a jar and tell me it’s grandma’s peach Tea” with a straight face. But then there’s Jesse Eisenberg as Lex Luthor. For a movie that’s obsessively self-serious, Eisenberg seems to be in another universe. Imagine Mark Zuckerberg trying to do Joker impersonations, or somebody who my friend who I saw it with described as the embodiment of “Every bad Tinder date I had been on.” And imagine that this is supposed to be an intimidating villain. Good luck taking this seriously. The filmmaking is competent too. While Zack Snyder’s lack of visual panache is extremely disappointing for an auteur action director, the pieces are there. In competent hands, this movie should have just been big, stupid, and not very good. But then this movie hit the editing room, and something must have happened to create an end product that’s even worse. It’s as if a committee tore apart this film limb by limb and tried to put it back together with duct tape. And the corpse they’re propping up Weekend At Bernie’s-style is having it’ limbs fall off at random times. But maybe you can’t place the blame on just one person. Perhaps there were too many cooks in the kitchen, and this is what happens when you let too many people get involved.

You can make stupid movies and get away with it. Skyfall, The Fast & Furious series, and The Dark Knight Rises are examples of well made, big, and dumb movies that work because the narrative constantly compels you between point A and point B. Even truly awful movies to gross over a billion dollars like Jurassic World don’t suffer from this problem. Audiences are forgiving to imperfect movies, but it might be harder for audiences to give a pass to a movie that’s been illogically cobbled together from scrap pieces. Warner Brothers might get the billion dollar gross they’ve been chasing to justify greenlighting half of a decade worth of big budget comic book tentpole movies that practically print money, but they better hope audiences will be willing to keep coming back.