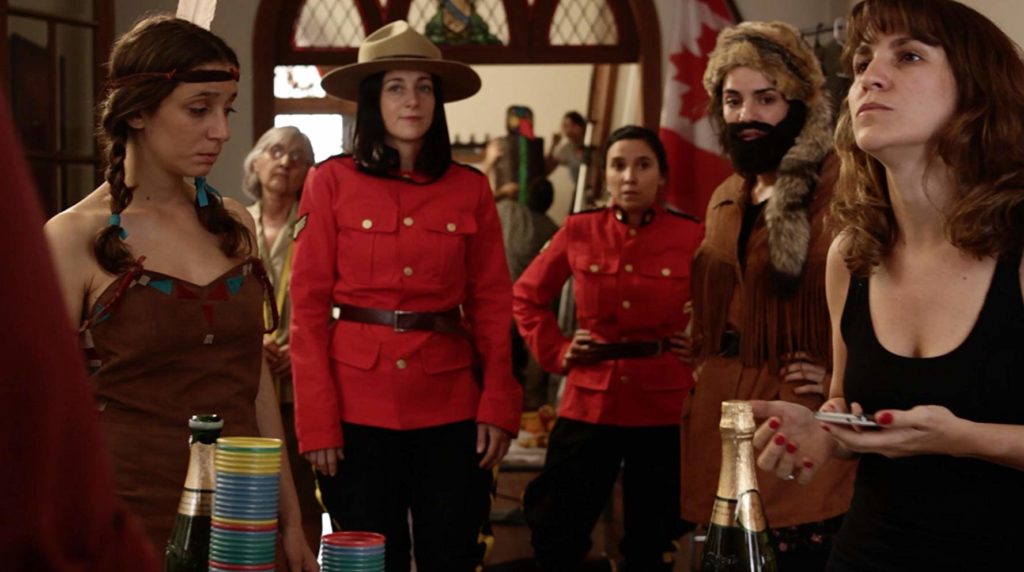 As always, we close this year’s roundtable discussions with a topic near and dear to our hearts. If there’s one thing we strive for at Film Flam, it’s to stress the joy and importance of the communal moviegoing experience; no streaming service can match the thrill of seeing a great film (or even a bad one) in a roomful of likeminded cineastes and oddballs. As we close our reflections on 2018 in film, we return to some of our most memorable trips to the movies– and look forward to another year of discovery.

KYLE BRUNET
I was very lucky to catch a two-week-early screening of Halloween at CinemaSalem, and let me tell you, I have never been in such a respectful yet responsive crowd in my life. They screamed at the jump scares, laughed at the jokes, clapped at the references, and hollered during the kills. Being surrounded by 250-something diehard Halloween fanatics (my people!) was a dream come true, and to experience a NEW Halloween film in 2018 with everyone was one hell of a group bonding moment. I still have shivers hearing the Carpenter theme blasting through the speakers as the Halloween title card came up and everybody lost their shit. This is what horror fan dreams are made of. Also, the movie is just really fucking good, obviously.

KYLE AMATO
The Favourite. Early showing at the Brattle, no expectations built up from people who had seen it before us – an absolute blast. The entire audience was shrieking at the incredible script and performances. It was one of the best experiences I’ve had at the Brattle, which is really saying something. We were totally blown away. I wish it could have lasted twice as long. 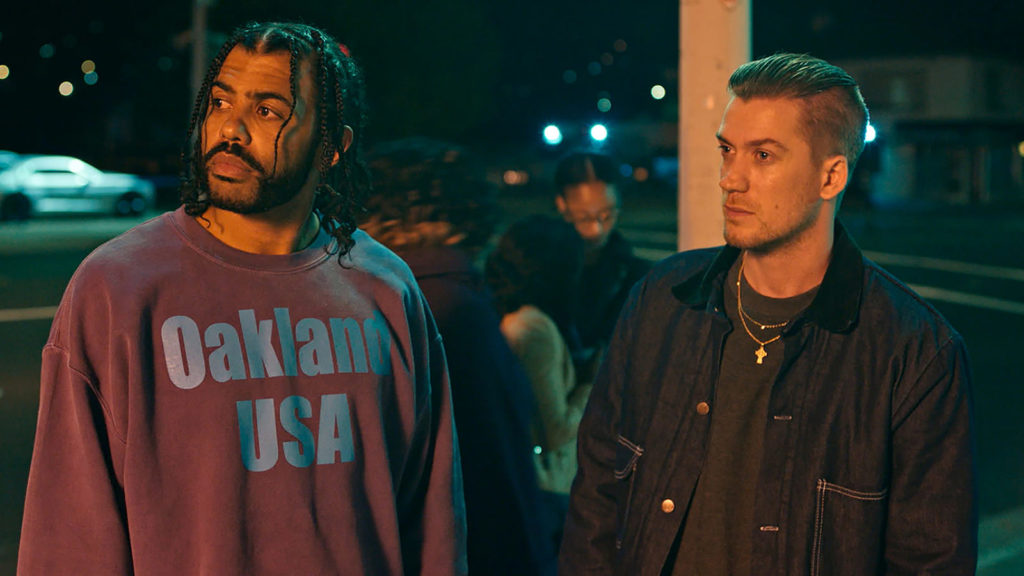 NICOLA McCAFFERTY
I was among the (not so) few and (incredibly) lucky to attend the IFF Boston Screening of Blindspotting on April 29th, 2018  at the Somerville Theater, with co-writers and stars Daveed Diggs and Rafael Casal in person, which pretty much automatically takes the cake for best moviegoing experience of 2018. There were several groundbreaking films set in Oakland this past year (I’m looking at you, Sorry to Bother You), but the use of verse in Blindspotting is completely unlike anything I’ve ever seen before. Part buddy film, part choreopoem, and wholly an exploration of how race and class inform the issues of police brutality and gentrification in Oakland, Blindspotting covers a lot of ground, and does it incredibly well. It’s safe to say that the first viewing leaves much to unpack and even more to applaud, and being able to hear Diggs and Casal respond to questions from the audience and watch the dynamic of their real-life friendship play out in real time lent itself to an even greater appreciation to the meticulous thought that went into crafting this movie over the years.

ANNA HOANG
There’s not much else I could say about Crazy Rich Asians that hasn’t been said (okay, fine – how about that water in the aisle!!), but this is a great way to place my experience in a packed theater in the downtown area.

NICK PERRY
I’m not sure if this was my “best” movie experience of the year, but it certainly was my most memorable. For a film festival this year, I decided to see Roma and a movie called La Flor. It wasn’t until after I had bought the tickets that my friend informed me that La Flor was actually a 14-hour movie being shown over three consecutive nights, with the longest showing being 6 hours with two intermissions. Needless to say, I learned a great lesson about reading the fine print that day. La Flor was a movie that was a bunch of movies, drifting between languages and genres, but all featuring the same set of actresses, who were admittedly incredible even when the movie itself did not feel exactly the same. They moved through genres and scenes with ease. And, although it oozed the amount of pretension and cinephile bro-ness you’d expect from a 14-hour movie, it still surprised and excited in turn. In one section, what begins as the director’s comedic takedown of his own years-long odyssey to make the movie becomes a story about trees, and then a story about Don Quixote, and then a story about a coven of witches. What began as a bit of a marathon and filmic test of willpower turned a bit into a makeshift community of strangers becoming compatriots, not unlike Miranda July’s New Society, or that episode of 30 Rock in which Liz gets trapped on the airplane.

OSCAR GOFF
As I mentioned in my top ten list this year, seeing Hereditary is a very different experience the second time around. On the one hand, getting past the initial shock allows you to more fully appreciate the craft with which director Ari Aster constructed his astonishingly assured debut. But that difference also extends to the sheer, visceral act of viewing. When I saw Hereditary in its initial theatrical run (in the intimate screening room at the Coolidge Corner Theatre), you could practically feel the oxygen slowly being sucked out of the room, as each audience member individually dealt with what the film was putting them through; the person directly behind me would periodically exhale loudly, not in response to anything in particular on screen, but seemingly as an act of necessary maintenance. Revisiting the film several months later at the Brattle, meanwhile, was positively cathartic; knowing what was going to happen, I took the opportunity to watch and savor the crowd response almost as a secondary feature. As the film progressed, I tried to determine who had seen the movie and who hadn’t; the girl sitting in front of me, who shook her head at the first mention of Charlie’s nut allergy, definitely had, while her friends seemed to be experiencing it blind. As the tension began to ratchet up, I had the pleasure of watching the entire house jump and gasp at all the right times, nearly in unison. When the lights went up, my cheeks hurt from grinning– which maybe isn’t the healthiest response after watching Hereditary, but reflects the pure joy of the collective moviegoing experience.