If there is one consensus point on the best performance of the year, it’s that it’s nearly impossible to reach a consensus on the best performance of the year. The past twelve months have offered an embarrassment of unforgettable roles, both comedic and dramatic, from established stars and newcomers alike. Almost all of our writers acknowledge this fact, and many spread their accolades across a number of actors. And you know what? That’s as it should be. May this list keep your Netflix queue stocked well into the new year.

KYLE AMATO
2017 has had some unbelievable performances, but the one that sticks out the most for me is Willem Dafoe in The Florida Project. As hotel manager Bobby, he acts like a surrogate father to the transient residents, thought he wouldn’t want them to think that. It’s a shockingly subtle turn for Dafoe, who usually goes big in the smallest of roles (think The Grand Budapest Hotel). He has several fantastic moments throughout the film, but the most effective is when he ejects a pedophile from the premises without frightening the innocent kids.

KYLE BRUNET
In a year with so many great performances, who knew the best one would be from a child actor? Sean Baker’s masterpiece, The Florida Project, gave us so many great performances from so many great actors, but the most realistic and heartbreaking comes from young newcomer Brooklynn Prince, playing Moonee, our main guide through the world of cheap Orlando motels. Weaving small and unimportant story lines that *sometimes* get resolved with a bigger and bleaker picture, this is Moonee’s story, and no one else can take that away from her. What makes her performance so hard to watch, though, is the absolute realism brought to her character. Trying to just be a kid in a world burning around her, she provides so much wonder and enthusiasm to a world which, if followed by adults, would be bleak, depressing, and hopeless. With Moonee, there is hope for good and hope for a future. That’s the kind of performance this world needs at the moment. 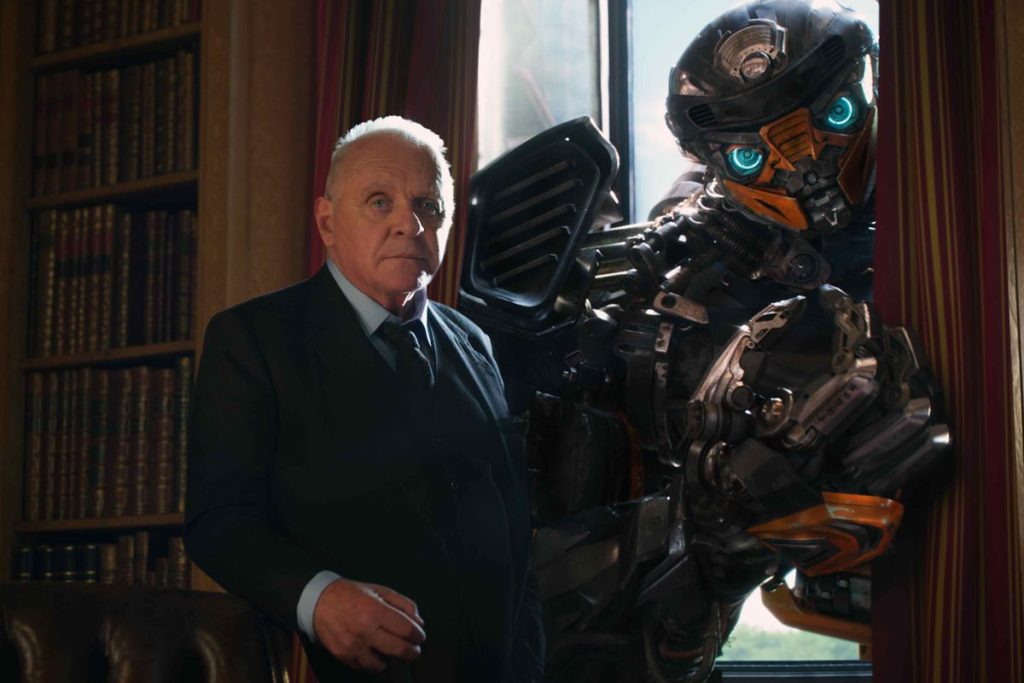 ANDERS CROFT
Let me preface this by saying that there have been some really incredible performances this year. It’s hard for me to pin down just one actor who really put everything up on the screen when you have people starring in films where they’ve literally become someone else entirely. But, honestly, if I had to give this to anyone, it’d be Anthony Hopkins in Transformers: The Last Knight. The guy sheds his own knighthood to return to a more base manner of speaking that includes words like dude and bitching. It’s the kind of performance that saves this film from feeling like absolute shlock and, for that, I have nothing but thank you’s to send Hopkins’ way.

W. LOGAN FREEMAN
Kristen Stewart gave the most cryptically alluring performance of the year in Personal Shopper. This is tied with Barry Keoghan as Martin in The Killing of a Sacred Deer, which might be the most unsettling thing I’ve ever seen. However, I feel I also need to give props to James Franco for his performance as Tommy Wiseau in The Disaster Artist, which added a deep layer of empathy to a pitch perfect act of mimicry. (I couldn’t pick just one!) NICK PERRY
I’m going to cheat and briefly talk about my four favorite performances, because this was a standout year in terms of breakout stars and one comedian who I saw in a new light. To start with (and, if these things are a hierarchy, FIRST), is Tiffany Haddish. She gave raucous life to Girls Trip, pushing an already amazing movie into the stuff of legend. Haddish more than earned an Oscar for this performance, if for nothing else than for changing the way we all look at grapefruits. Next, Anthony Gonzales as the lead in Coco, a child voice actor who completely transformed what could’ve been Pixar kiddie fare (a la Cars). This kid’s voice acting and singing were something special, and I look forward to more from him. For this next one, I might be in the minority, but while the entire cast of The Big Sick deserves big-time accolades, Ray Romano blew me away. I never really cared for him, whether it was sad-sack sitcom or sad-sack melodrama, but his scenes here were nuanced and subtly powerful. It’s a performance that has stuck with me, and it’s a shame that he and this movie might not get the accolades they deserve. Finally, Betty Gabriel and her ballsy Get Out performance. Rewatch it with a focus on her, and tell me how this movie is anything but horror.

OSCAR GOFF
As pretty much everyone has said, there have been a lot of standout performances this year, and my mind instantly jumped to a few: Harry Dean Stanton in Lucky, James Franco in The Disaster Artist, Hugh Jackman in Logan. But everyone loves those guys (and I’ll probably return to at least some of them once I get my year-end list together), so I’d rather focus on a role that’s gotten less fanfare. While not an instant horror classic on par with Get Out or It, Happy Death Day was an immensely enjoyable trifle, taking a simple (lowbrow) high concept (“What if Groundhog Day, but horror?”) and pretty much nailing it at every beat. Much of the film’s considerable charm can be traced back to Jessica Rothe, playing a supremely unlikable sorority sister doomed to relive the last day of her life until she can stop her own murder. As the oddly-named Tree Gelbman, Rothe carries herself with a mix of world-weary sarcasm and physical humor, literally throwing herself from one gory pratfall to the next to solve the mystery by process of elimination. Anti-heroines are rare in horror, which itself is part of the joke– Tree would be the first victim, were this a conventional slasher film– but by forcing us to stick with her, the film makes us like her in spite of herself.

Tune in tomorrow as the Film Flam crew unpacks their favorite scenes of the year!