PROMOTION PALS is an ongoing series where two life-long pals, W. Logan Freeman and Anders Croft, experience corporate promotional schemes for new Hollywood releases and review them alongside the movie. 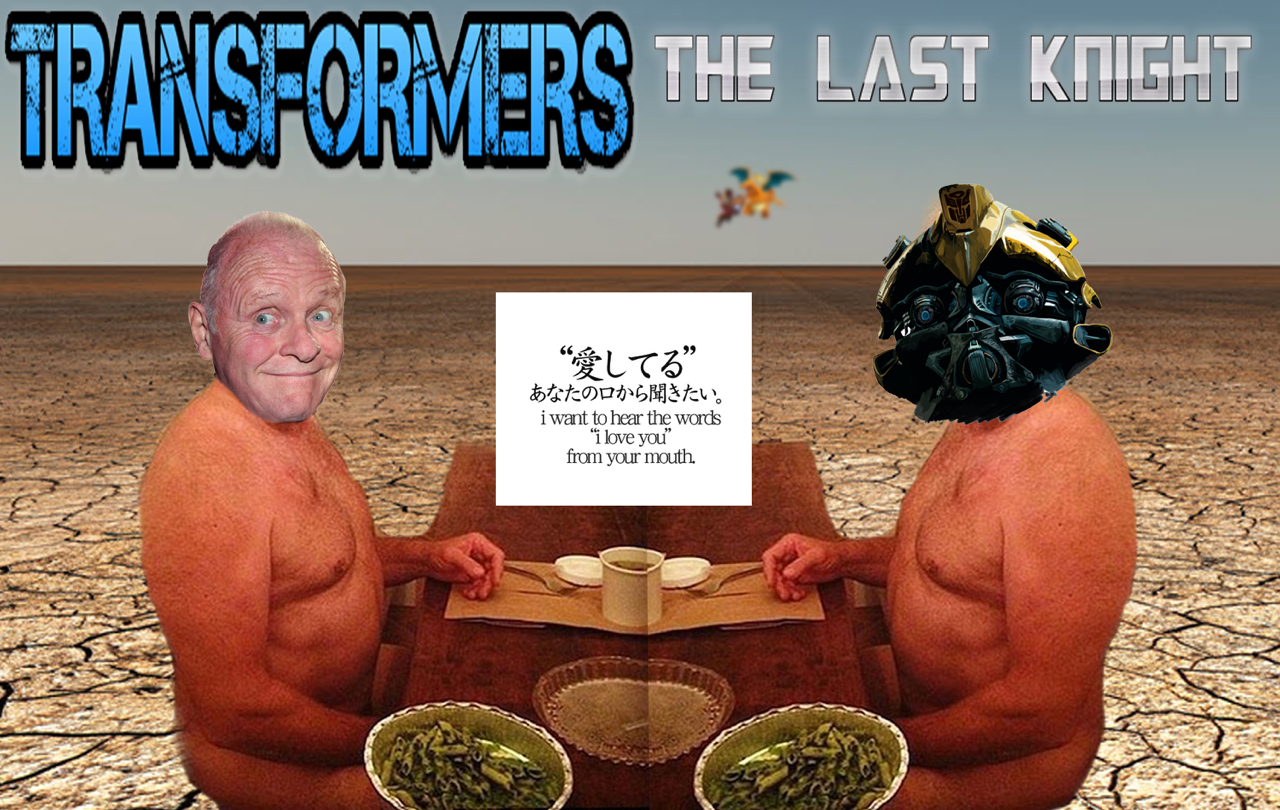 To quote a good friend of the Promo Pals, this review intends to “Sting like a bee.” And no, we are not friends with the late and great Muhammad Ali, we are of course referring to this nation’s de-facto mascot, friend to all, Bumblebee, Slayer of Nazis and Decepticons.

This month the Promo Pals return to form after a brief hiatus (there were some issues with reviewing Smurfs: The Lost Village) to bring you a look at Michael Bay’s latest cinematic behemoth, Transformers: The Last Knight (2017).

Knowing that this film has endless possibilities in terms of promotions, the pals opted for something a little different this time: a ‘Which Transformer Are You’ quiz that would surely draw the line between these pals.

Here are the results for Logan: 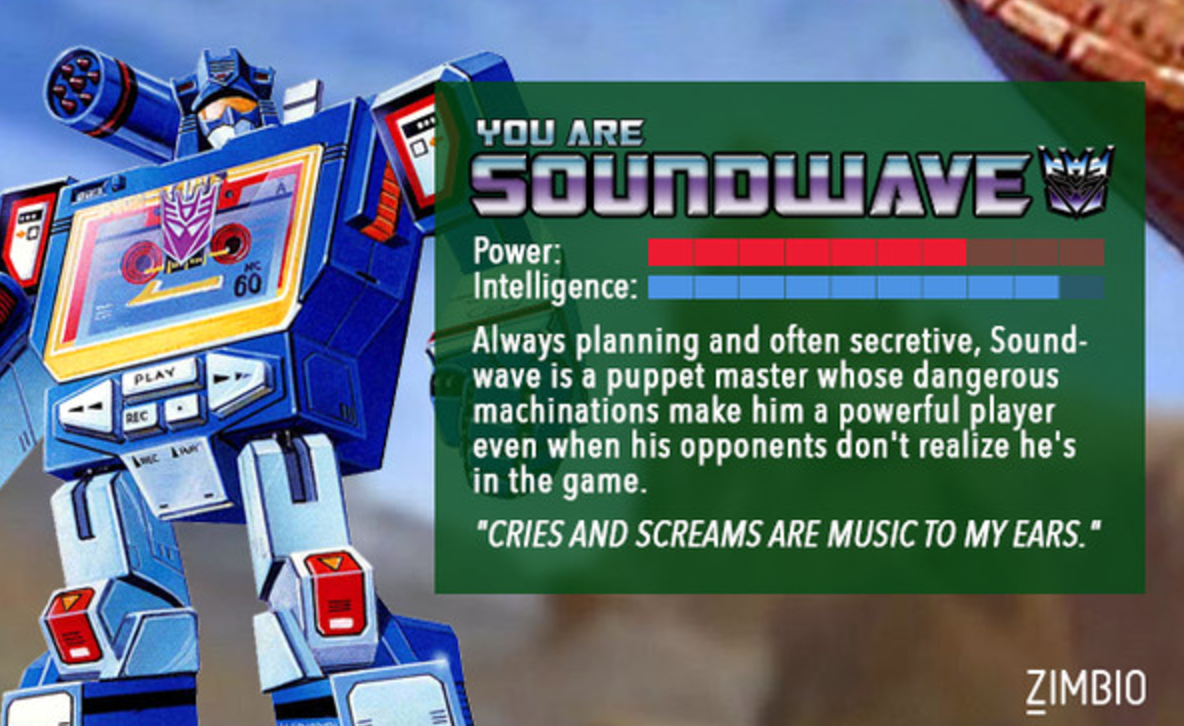 Here are the results for Andy:

The results are shocking yet, then again, how could anyone be tempted to stray from the light with questions like this: 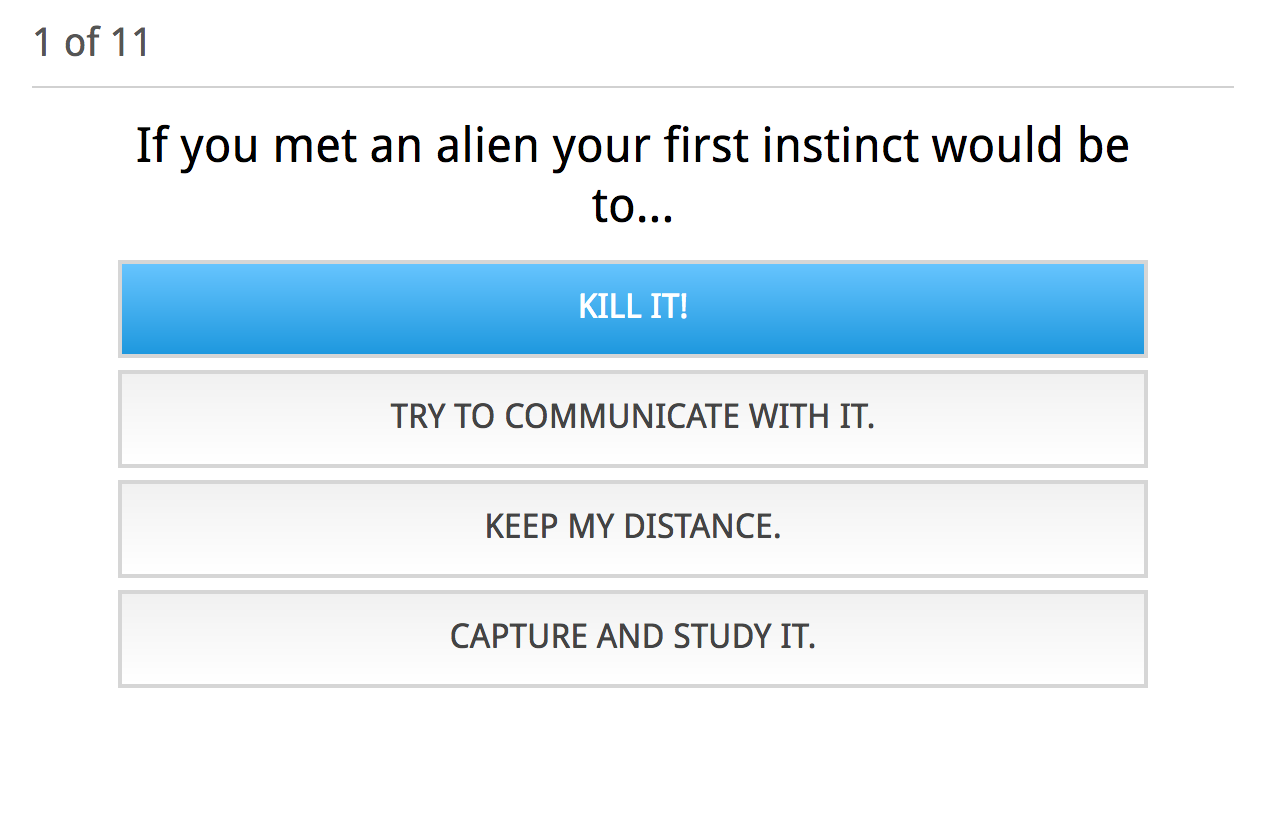 Is Soundwave the last bastion of humanity?

Logan: I think I will start this review with the admittance that I enjoyed watching Transformers: The Last Knight. Which is a first for me with this series. The first one I thought was dull. The second, unconscionably racist. The third I have not seen. And the fourth, I stopped watching after 15 minutes when Michael Bay started sexualizing the underage daughter character… However, with The Last Knight, Michael Bay might have won me back to his side. JK. But I had a good time. 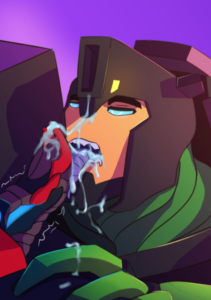 Andy: Yeah, it was about 15 minutes into waiting for Logan to get out of this scary-ass Uber driven by none other than Michael McDonald that I realized, ‘Shit, I’ve seen all the Transformers movies.’ And that wasn’t by choice – I liked the first one because I was obsessed with The Transformers: The Movie (1986) at the time and thought it was a pretty tame adaptation. The second one coasted off of my trust from the first one and then swung big robot balls in my face and the third one I saw for free. I remember seeing the fourth one in an airport but it feels like a fever dream in hindsight.

Logan: I’m personally coming into this series having never been a fan of any of the media, except for Transformers: Beast Wars. Which by my estimation, still holds up reasonably well. At least compared to other early CG kid’s shows, such as Donkey Kong or Butt Ugly Martians, so I don’t know why I’ve seen any of the movies. Although I was probably like 13 when the first one came out so I guess it’s not that surprising. (Wow. Having googled it. I was thirteen when the first Transformers came out. Here we are a decade later!)

Logan: Way ahead of you.

Andy: But, yeah, getting to the meat of this thing, Transformers: The Last Knight is pretty fun at points. It’s a fucking marathon to get through, but there are a few portions that make the long-haul worth it – most of them involving Sir Anthony Hopkins and his remarkable robot butler, Cogman. I will say, however, that neither the fun nor these characters arrive until the second act and, boy, when they do, this feels like a completely different movie.

Logan: I think while they do arrive midway through the movie, a more accurate statement would be that Hopkins and Cogman arrive roughly at the end of the 10th or the 11th act. There are so many distinct beat changes, where the entire narrative nosedives into a completely different direction, I wouldn’t be surprised if you could legitimately parse this script out into 26 different acts. Which would be, like, a season of television. Michael Bay smartly makes this work by having no logic string these segments together. Just death and explosions and Mark Wahlberg sliding down vertical surfaces. (At least three times).

Andy: There’s also a very strange part written for Arrested Development alum Tony Hale? He plays this NASA scientist desperately trying to save the world by using empirical math and physics, only to realize: Earth is not really Earth and logic does not work on this planet anymore. I assume this comes out of the revelation that *spoiler* Earth is Unicron, but still the fact that the laws of physics have flown out the window is a weird turn into a world now run by Michael Bay’s logic. Is this Hell? Is the Transformers universe showing us some absurdist version of Hell? 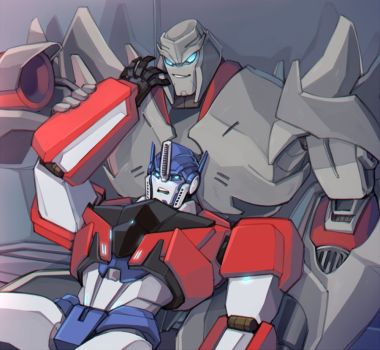 Logan: Tony Hale’s character was such a strange addition because he served no narrative purpose that I saw other than to let the government realize bad stuff was happening. But the new little girl character and her adorable robot served no purpose either. Nor did the extended Suicide Squad riff where the government rounds up Decepticons by having lawyers barter in the desert with Megatron. I could easily cut an hour and half out of this movie — BUT, I dare say, it’s almost too obvious to say what is wrong with a Michael Bay movie. I think we should talk about all the things we LOVED! <3

Andy: Well, I loved when the movie started to feel like literally a different movie. The weird tan skin-tone effect faded away, Mark Wahlberg’s madness seemed to reel itself in (if only to become a comedic device when stating ‘Guy probably shoved it up this horse’s butt. Dudes are weird like that.’), and the world started to feel more fun than it did melodramatically explosive. The switch to England was a welcome change – one which felt right for some reason. Either Bay and his team took a step back and let a different unit do these scenes, or they threw out Akiva Goldsman’s usually-garbage script to let in a new writer. Whatever it was, these scenes were fun, upbeat, and strangely true to the Transformers tone of funny humans* and cool, over-the-top cartoonish robots.

*Funny as in being refined or weird, and not funny as in Shia LaBeouf’s mom being high or dogs humping each other.

Logan: I also liked the climax for once. It was just so out there. It was like watching a broken video game of a weird cartoon. Wahlberg having a magic medallion that granted him a huge sword. A direct descendant of Merlin wielding a powerful staff. A Transformer that could shoot a bubble inside which time would slow down. ALSO Merlin was in this movie! And Stanley Tucci played him! ALSO Steve Buscemi was one of these robots? I mean come on… I’m sure in the same way I like to watch Teenage Mutant Ninja Turtles II: The Secret of the Ooze, there will be kids thirty years from now who watch Transformers: The Last Knight for all the same reasons.

Andy: If not for the fun then they’ll watch it for that Big Lebowski reunion between Buscemi and John Goodman – a couple of real hounds if you know what I mean! Huh! Huh!

Andy: But yeah, the ending wasn’t nearly as bad as I thought it’d be. Most reviewers are trashing the final sequence and the overdone nature of a giant battle to tie things up but, really, what more are you expecting at this point? You get the same shit from every other superhero or blockbuster these days. Just sit down, fill your gullet, and let Michael Bay take you for a ride.

Logan: I’ll add that, amongst the glut of world-ending climaxes Hollywood is subjecting us to, at least Bay, through pure determination, is still presenting a unique and original vision. Yes, it’s a mess, and confusing. But it’s better than the bland nothingness of, say, TMNT II: Out of the Shadows’ giant death-laser climax. Although I guess I shouldn’t be applauding Michael Bay for being the same shitty filmmaker he’s always been… I guess that’s where we’re at! This is why we need to #BringBackBeastWars! 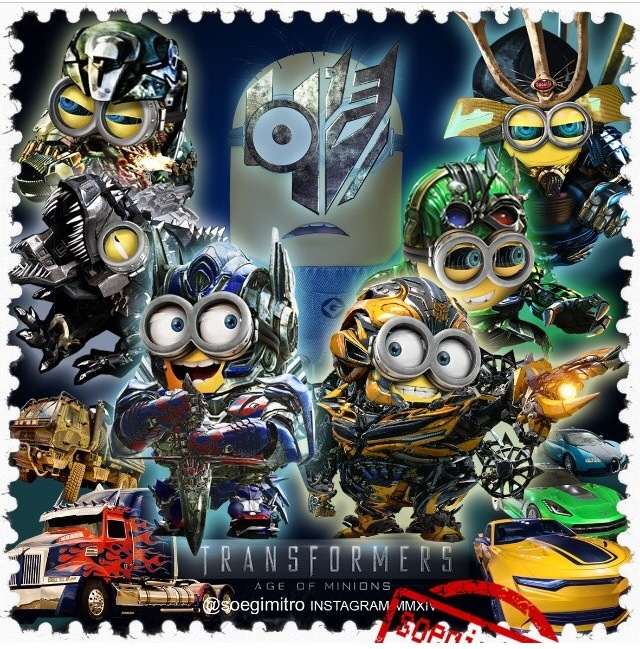 Andy: Yeah, let’s see… we talked about Merlin, Cogman, Hopkins… that’s about it! These are the positive parts of the movie. Jerrod Carmichael was also pretty good, I guess. Though his role was more just of the yelling/confused character featured prominently in the past few Transformer movies, which makes me think, again, that Bay was trying to repeat himself but for some reason moved away from all of that once England entered the fray. Maybe he should just move to England.

Andy: What a bloke!

Logan: Also this movie features a three-headed robot dragon, a robot dinosaur, baby robot dinosaurs that deliver beer to Marky Mark, and a bunch of other dumb shit. If you want to see this movie, do it like we did. Pay twenty dollars for an IMAX 3D ticket and get a large soda and popcorn. Ya know what they say!