I won’t waste time in telling you that this film is a triumph. It is a delicate mix of tragedy, comedy, and action which, for some, may raise questions of what prompted Mangold to improve so dramatically between his last entry in the series, 2013’s The Wolverine, and the now critically-acclaimed Logan (2017).

Throughout a 17 year run, the X-Men film franchise has delivered both highs and lows from entertaining hits like X2 (2003) to all-out stinkers like X-Men: Apocalypse (2016). Throughout each of these films, we’ve watched the character of Wolverine grow with occasional moments of triumph – such as his revelations in X2 and his leadership in X-Men: Days of Future Past (2014) – yet, as he’s traveled space and time, we’ve seen his character lost in a paradox of conflicting logic spent between multiple universes and timelines. Unlike the more recent films, Logan does away with this fantasy in favor of a brutal realism.

Ultimately, it’s this decision that makes for a more entertaining story in which viewers forget about that convoluted nonsense and instead relish in a well-paced character piece.

Before proceeding, it was brought to my attention by another Hassle writer, W. “Logan” Freeman (aka the other half of Promotion Pals) that the sliding scale of quality unique to the X-Men films now mirrors the characteristics of their comic-book counterparts. You never know what you’re going to get in terms of entertainment. 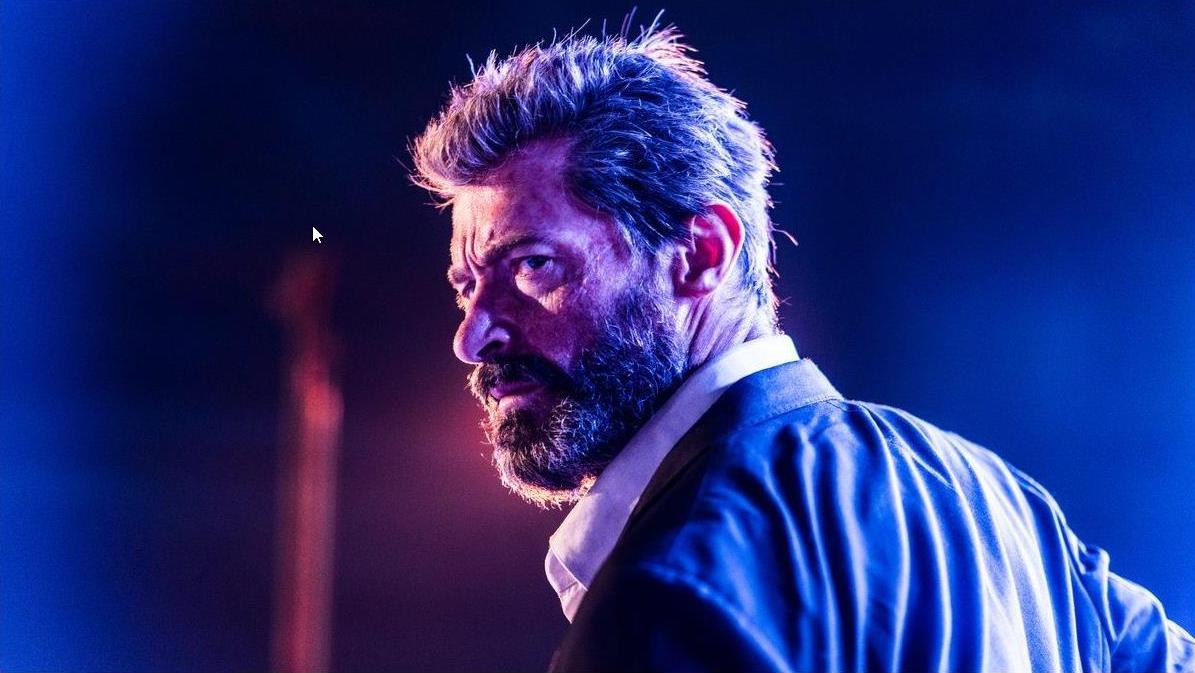 Logan establishes the perfect scale for a character piece – small world, small cast, and plenty of time for self-exploring. It follows an excellent pace which feels both exciting and intriguing, as audiences learn of Wolverine’s slowed healing factor and his returning struggle with alcoholism and personal finance (amongst other details). This is a welcome change when considering the pacing of the character’s previous films, as both his invincibility and his duty to “save the world” have been drastically cut back.

Because of this, Jackman is finally allowed to imbue a sense of mortality into his hero, which has the effect of humanizing a character we once identified as a nonstop killing machine equipped with quippy one-liners.

Mangold makes the wise move of including Charles Xavier in the narrative, played by the always remarkable Sir Patrick Stewart. Adding Wolverine’s mentor/anchor humanizes the film, and justifies the growth we see in Jackman’s character; with Xavier’s mental deterioration, he has assumed the role of a caregiver. It’s a brilliant inverse of a relationship sitting at the crux of the franchise, and it’s a powerful device for grounding the story with elements of hope and despair.

Both Stewart and Jackman bring their full range to the roles, playing the perfect bookend to a relationship we’ve been familiar with for 17 years (and which comic readers have known even longer). From the very first scene they share, the audience knows this is going to be a powerful dynamic which produces all the right tears and laughs we could ever wish for. 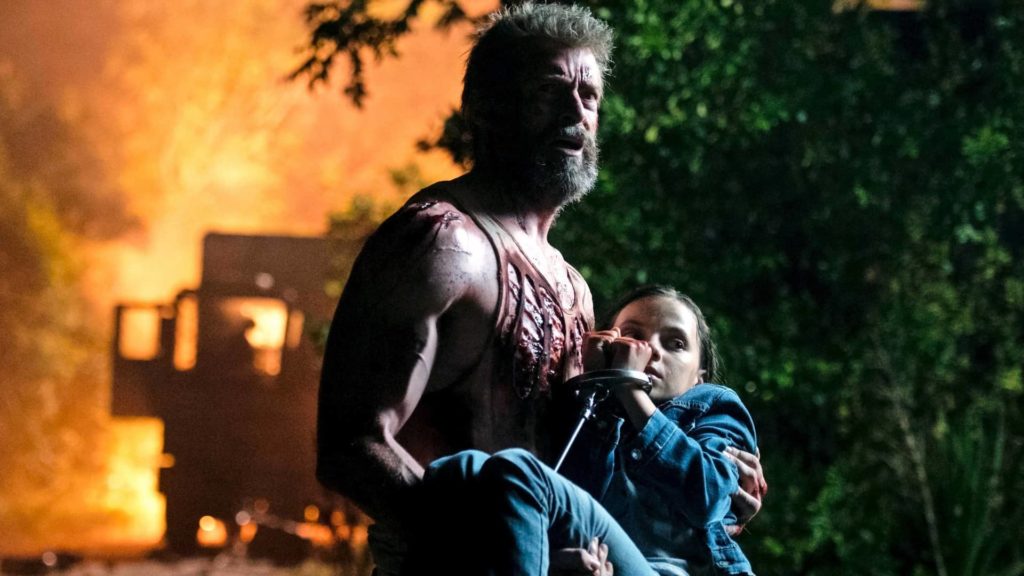 From a formal standpoint, this is also the most visually interesting contribution to the series at large. As I mentioned before, this film will cause you to question why The Wolverine was such a disappointment, as Logan offers eye candy time and time again between beautiful shots of a Southern landscape (one which serves as the backdrop to remarkable set design) and lingering portraits that allow the ensemble to fully captivate the audience.

A particular sequence of note has Wolverine clawing his way through the hallway of Harrah’s Hotel while Xavier’s unstable mind causes the camera to shake, thereby rocking our world and the characters’ in a way that adds suspense and realism to the overall experience. It’s jarring, I’ll admit, but by the end of this motion-based horror, you’ll be glad the camera spent so long gyrating, as the payoff feels well deserved.

Hidden amongst these visual delights is a message which will undoubtedly fascinate those who take a critical lens to the meaning of cinema. Time and time again we’re reminded of Logan’s financial plight, whether it’s long sequences of his time spent of as chauffeur or desperate pleas he delivers over the phone. His journey continues to build on this theme of capitalistic fatigue, introducing us to a family of small farmers who are competing with, literally, a pair of colossal machines tending to hundreds of acres of genetically modified corn. This is not the message I’d expect from someone like Mangold, a director who once shamelessly marketed Call of Duty, yet its inclusion is effective in making the world weariness of the film all the more real. 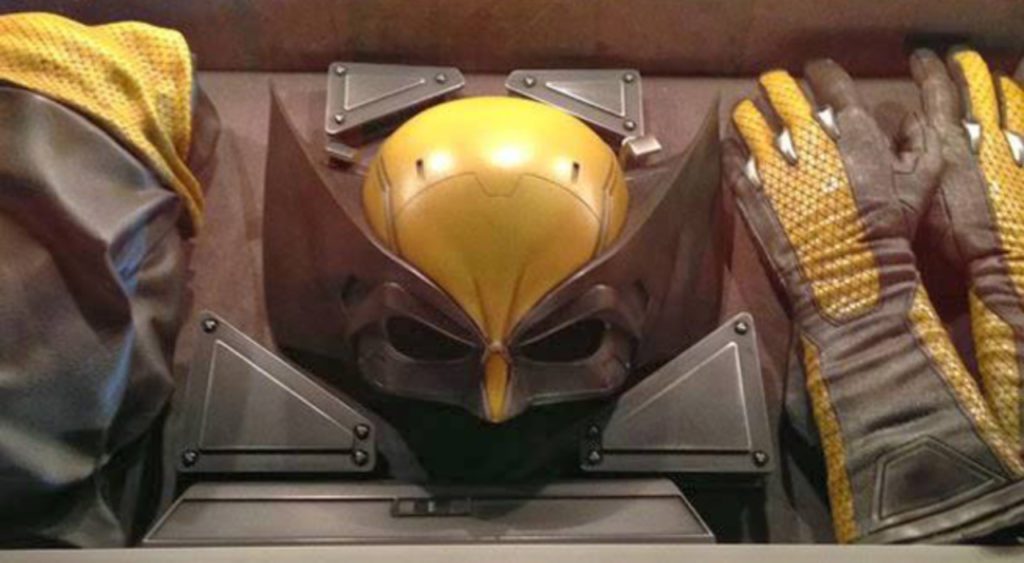 But I guess if I’m going to contribute anything of originality to the plethora of positive reviews out there already, it’s this:

There’s one scene that hit me more than the others (when you see the film, you may understand). It involves several children, including the very-welcome Dafne Keen (an actor who enters the film as a welcome addition, given the power she delivers when sharing the screen with Jackman) saying farewell to Logan while the other children look on in silence. One of the kids stands behind her clutching a Wolverine action figure close to his chest (this figure of course wears the classic blue and yellow – an in-universe imagination of Wolverine’s heroic legacy) and looking so convincingly sad that you forget you just watched the conclusion to an otherwise R-rated gore-fest and start to feel like you might have just finished a more kid-friendly superhero film.

Regardless, this was the first moment that the film’s true ultimatum became a reality: Wolverine’s tenure was coming to an end. The career that helped spark trust in the Marvel Cinematic Universe was now concluded. There would be no more cameos. No more hopeless spin-off series. No more Hugh Jackman.

While I have faith that Jackman will only continue to grow as an actor, I can’t help but feel that this was the series that always helped him do so. I wonder if the absence of this character in his career would give us the same breathtaking rage seen in Prisoners (2013), or if we’ll ever have the same level of intensity show in Logan ever again. What this film puts on display may never be captured again.

And that’s the saddest reality for me, as both a fan of X-Men and a shameless superhero movie viewer. The person who got me interested in all of this to begin with may never return.

Though, I admit, as I learned more about the X-Men and their cast of intriguing personalities, I came to loathe the film franchise’s reliance on Wolverine. But now, as I reflect on this film, I can’t help but attribute my love for the series to the one who started it all.

To this revelation, I say farewell to Hugh Jackman’s Logan and welcome what may constitute a new era of superhero storytelling.

Now Playing at Your Favorite Multiplex!