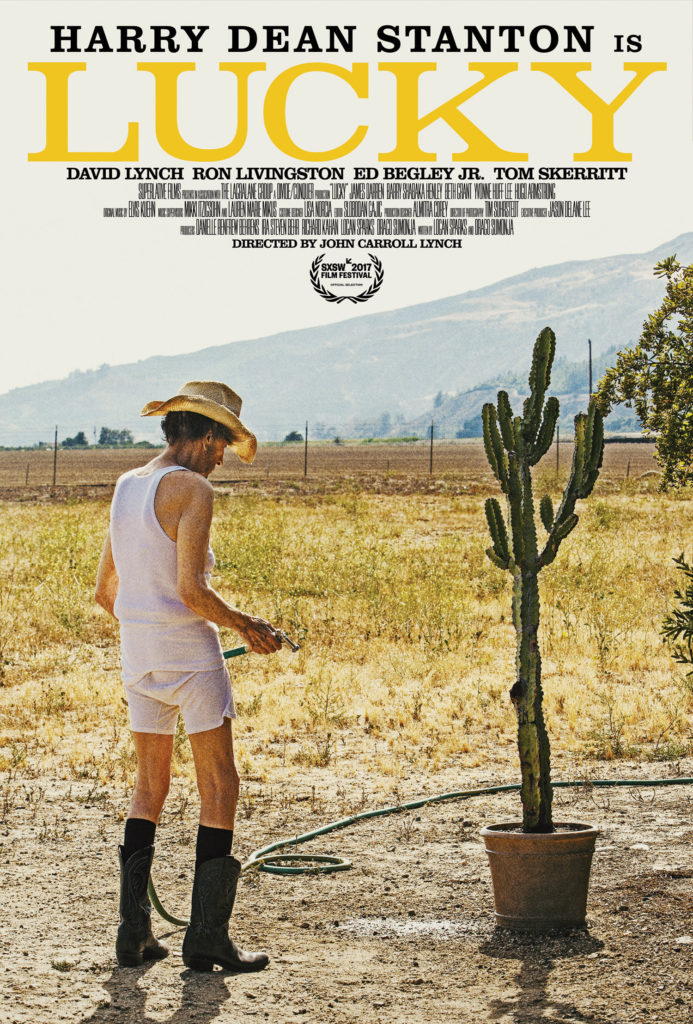 When Harry Dean Stanton passed away last month at the age of 91, the reaction on my (admittedly film-centric) social media bubble was both overwhelming and fascinating. As the news broke, my assorted feeds quickly became walls of tribute stills, clips, and gifs. Telling, though, was the sheer variety of images: a still of Travis Henderson from Paris, Texas; a gif of Bud from Repo Man; an audio clip from his acoustic country album Partly Fiction; a candid shot of the actor holding a cat. Even more fascinating, though, was the tone of the memorials. While all were sad to see the legendary character actor go, most were more in awe of the legacy he left behind. Despite not finding his first great role (Cool Hand Luke’s Tramp) until his forties, Stanton managed to become one of cinema’s most beloved “That Guy” actors, imbuing even the most minor role with aching pathos, caustic humor, or both. In his 60+ year career, Stanton was drinking buddies with Nicholson and Brando, and worked under such directors as Scorsese, Coppola, John Huston, Monte Hellman, Wim Wenders, and David Lynch (who cast him in at least seven different projects), all while maintaining a refreshingly humble working man attitude. It’s hard to be truly sad at the passing of a man who lived so well, and for so long.

All of this is to say that it’s impossible to separate Stanton’s death from his latest (and final) film, John Carroll Lynch’s Lucky— but then, that’s probably by design. While Lynch obviously couldn’t have known the film wouldn’t be released in its star’s lifetime, he had to have known it was a possibility. Lucky is a film about aging and the acceptance of death, and never once shies away from its cast’s advancing years. But it’s also a film about Stanton himself, and by both playing to his strengths and utilizing the audience’s familiarity with his past, what could be a thoroughly depressing film becomes a joyous, funny hang-out movie. 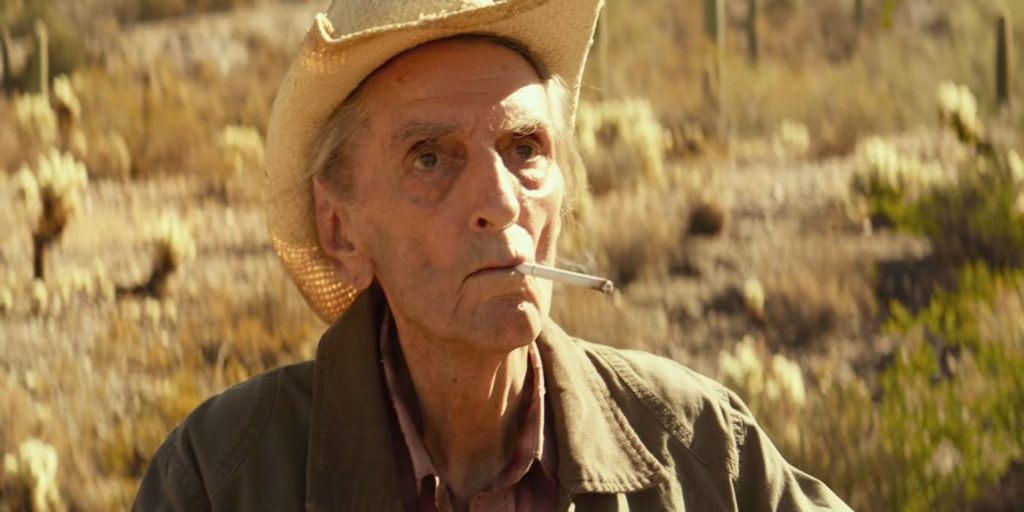 Stanton stars as the title character, an elderly local eccentric in a small Texas town. Lucky leads a simple life, ambling daily from one haunt to another: the local diner, where he has a playfully combative relationship with proprietor Joe (Barry Shabaka Henley) and waitress Loretta (Yvonne Huff); the corner bodega, where he warmly chats with shopkeeper Bibi (Bertila Damas) about her son; and his favorite watering hole, where he’s on a first-name basis with the entire staff and clientele (including Beth Grant, James Darren, and, in a rare acting role, David Lynch himself). One day, Lucky suffers a fall in his kitchen; his doctor (Ed Begley, Jr.) shrugs that he seems to be in comparatively perfect health, but that “no one makes it out of this thing alive.” From here, Lucky goes about his business as usual, but with a newly haunted outlook on his own mortality.

As far as plot goes, that’s pretty much literally it. There’s no twist, no third-act drama, no antagonist of any kind (every single character, with the possible exception of Lucky himself, seems to be a genuinely decent human being). Lucky is an exceedingly gentle movie, dedicated more to the rhythms of its characters and quiet moments of reflection than to traditional dramatic structure. The pace is deliberate; nearly every scene has a distinct beginning, middle, and end, and is bookended of a wide shot of Lucky crossing a frame of gorgeous Texas landscape. No revelations are needed– the film simply invites you to spend some time with Lucky and his friends.

It should go without saying that a movie like this lives and dies by the strength of its cast. The center of the film is Stanton, of course, but before we return to him it’s worth noting that he is surrounded by a formidable roster of dependable character actors (in addition to the names listed above, Ron Livingston and Tom Skerritt appear as a genial estate lawyer and a fellow World War II vet, respectively), each of whom gets at least one hearty monologue with which to dominate a scene. Credit is undoubtedly due to director John Carroll Lynch, who, despite not appearing in his own feature debut, is a quintessential That Guy actor himself; clearly, the offbeat scene-stealer from Fargo, Zodiac, and more than a hundred other films and TV shows knows a thing or two about giving underappreciated talent room to stretch. Of the supporting players, the surprising MVP winds up being David Lynch (no relation), as a man heartbroken at the escape of his beloved pet tortoise, President Roosevelt. The pain in his eyes, and the passion in his delivery, is remarkably moving in spite of its absurdity; between this and his instant-classic “Fix your hearts or die” speech from this year’s Twin Peaks: The Return, Lynch may be at the beginning of (yet another) new career as a character actor.

From beginning to end, though, Lucky is Stanton’s film. Even for an actor who’s spent the past half century described as “craggy” (Repo Man director Alex Cox once described him as “a wonderful mix of wild west and cadaver”), the years are apparent; as anyone who saw the new Twin Peaks already knows, his physical and vocal presence had become slightly muted by the end. Still, he’s Harry Dean Stanton, man, and that wry smirk, deadpan drawl, and weapons-grade profanity are still in full force. It’s impossible to describe Lucky the character independently of Stanton the actor, because the two are one and the same (as the opening credits state, in a note maybe too clever by half: “HARRY DEAN STANTON IS LUCKY”). When Lucky tells other characters about his wild past, or when others bring up their favorite Lucky anecdotes, we believe them, because we’ve seen it. On every purely textual level, Lucky is a slight film, a whisper thin plot draped over a series of shaggy dog conversations. But Lucky is all about the metatextual pleasure of spending 90 final minutes with one of cinema’s all-time most entertaining actors, and for that, it is a pure gift.