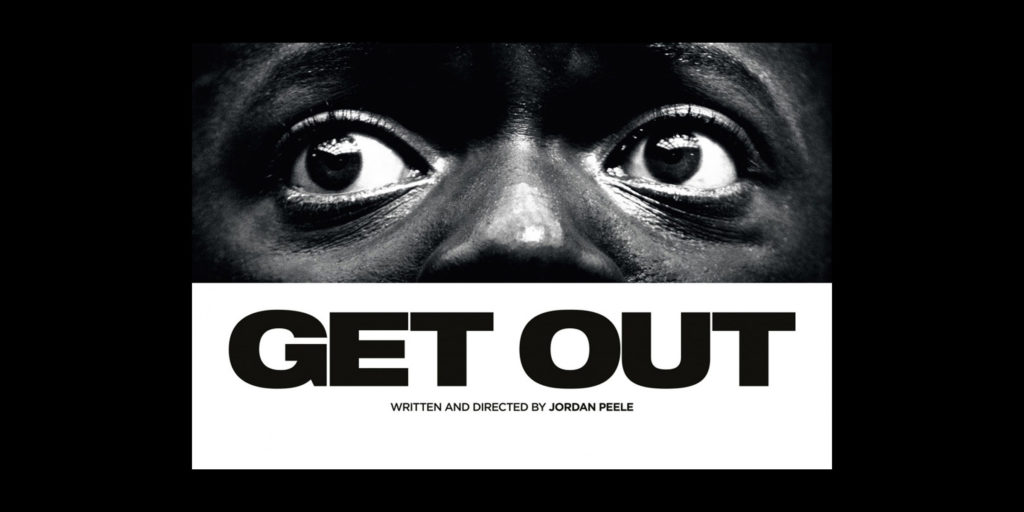 Skepticism was very high for this movie-goer when Get Out first made the headlines. Rotten Tomatoes (who I don’t use at all to figure out what movie to see) had it up as 100% Fresh from critics. Having stayed away from trailer due to lack of interest for most modern horror movies, I didn’t care at all about the hype. I went in thinking that the critics were probably wrong, and that it was a going to be an average outing from Jordan Peele. Thankfully, I really enjoyed my time watching Get Out, and I would absolutely recommend it to anyone interested in seeing what all the hoopla is.

The issue that Peele touches upon is about racism and how it is very much alive. Instead of portraying it in a very on-the-nose way, Peele creates a story that, while witnessed before, is very entertaining thanks to many interesting scenes, great performances from the cast, and the reveal. Do note that I said reveal, and not a twist. More on that later. The story follows Chris Washington (Daniel Kaluuya) being invited to his girlfriend Rose Armitage’s (Allison Williams) house for a family get together. Washington, being nervous already for being an African-American going to visit a white family, starts to get suspicious upon arrival. Odd remarks from the family, two African-American house attendants who just don’t seem right, and his own ever-growing nerves lead him to believe that something is wrong. It all leads to a great ending that I’m still smiling about. The storytelling is very strong for a horror movie appealing to the masses. It’s not filled with characters not worth cheering for, nor is it plagued with an unappealing story. I wanted to invest my time with Washington and his anxiety. I even loved seeing how evil the Armitages’ were. The story is a great backdrop for what Peele is going after, which is to make a film that has a clear political statement. It’s not offensive, in bad taste, or done poorly; it’s done with care and passion.

The behavior and remarks from the family are instantly recognizable and comedic. The father (Bradley Whitford) often makes comments moments after meeting him that many viewers can relate to, either hearing them or saying them to others. Comments like having black friends, being great at sports, and constantly trying to call Washington “brother.” I found myself laughing so hard at this because I’ve witnessed people use these comments countless times to back up that they are not racist. Peele shows the absurdity of countless people using these poor excuses to show that they support all people, instead of just simply carrying on their life like a normal person. All the compliments to Washington, acting like everything is cool hide the deep, dark secret that lurks not only in the family, but in the worst part of this country. It’s not a horror movie where you wait for the monster to pop out of the closet; rather, it’s a movie where the horror is outside the theater.

The overall tension in the film is handled very well, whether it’s watching the house attendants, Washington interacting with the whole family, or a memorable therapy session. The other aspect is that it is unsettling watching Washington walk around an area that you know is just going to be downright evil, most notably in that it is dominantly white people. I am not trying to make a statement here, and I truly do not want to upset others when I talk about the film in this way. However, there is no discussion about this movie unless you bring up what others want to avoid. What Peele does to add to the suspense is exactly what people don’t want to bring up, which is that racism is still rampant in areas of our country. You know from the moment the movie begins that this family is going to be bad news. Watching it all happen, knowing that they are probably very racist and awful, is how the movie makes viewers uncomfortable. I loved that feeling because it felt right. I wanted to feel uncomfortable. He also doesn’t go so over-the-top or in-your-face about the issue that it leaves you waiting for the credits to roll. He blends in great humor and standout moments that remind you that you are still just watching a movie, both to be entertained and inform, in this case.

I’m not about to spoil the ending, but I do want to touch on it. There is no twist in the movie. As mentioned before, you know that there is something awful going on in the family, and you’re just waiting to find out what it is. It’s a revelation, and it’s a great one. It points out the absurdity behind racism. It shows the viewers that what’s going through the mind of the family is so irrational that you would only see this happen in a movie. I found the revelation funny, disturbing, and meaningful. It doesn’t disappoint. The visuals in this movie are also striking, the best being the hypnotism scene.

Get Out, thankfully, was not another Hollywood movie trying to capitalize on an incredibly important issue. It’s a great movie that does a good job of keeping the viewers on their feet and their minds thinking. I hope that what people take away from this is that a contemporary horror movie like this can have a message, like others have previously.