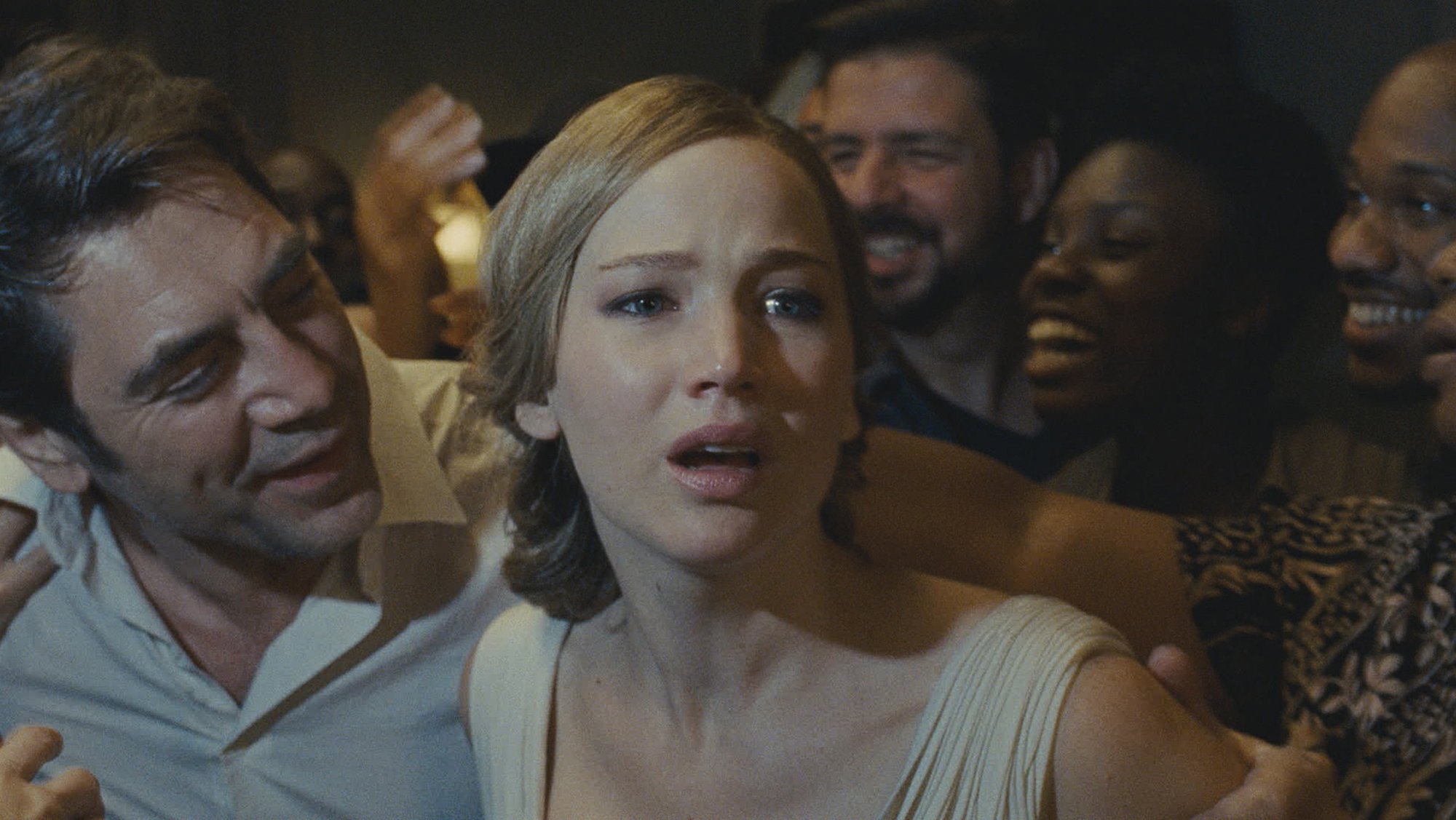 Disclaimer: There are a bunch of spoilers thrown into this review, so read at your own risk!

Director Darren Aronofsky is no stranger to controversy, or with widely disgusted public reactions to his films. One only needs to look at his filmography to understand just how widely misunderstood he is; The Fountain perplexed audiences with its three stories that are telling the same story mash up, Black Swan disturbed audiences by putting them through a 90-minute psychological breakdown that occurs to our main character, and Requiem For A Dream straight up scared the shit out of people to never ever touch any form of hard drugs or pharmaceutical pills. Even his last film, a big budgeted adaption of the Noah tale, was so off-putting and strange that it’s amazing it even got released. Aronofsky’s new film though, Mother!, is on a whole new level. Taking every ounce of controversy he has in his body and shoving it into one film seemed to be his goal while making Mother!, and it seems he achieved it quite well. As of this writing, Mother! is getting lambasted for its off-putting, in-your-face themes, the sorts that I don’t think mainstream audiences have witnessed in a long, long time. With this, it seems that Aronofsky has decided to become Lars Von Trier for one film, and in that, he ended up making the Anti-Christ of Aronofsky’s filmography– only this was released to the main public by Paramount with stars Jennifer Lawrence and Javier Bardem.

The beginning of Mother! starts off very simple; a woman named only as Mother in the credits, played by Lawrence, wakes up in a bed vacant of her significant other, the other part of her, in a house she remodeled herself. Mother’s home. Javier Bardem plays the poet husband to Mother, only known as Him. Their life is simple and sweet because she cares for him and him for her. Everything is interrupted though, as a man only known as Man (Ed Harris) knocks on the door, saying he knows Him, and is a big fan. From here on out things become a lot less simple, with the whole fabric of reality tearing itself apart in front of Mother, as she tries to keep everything together. I feel like this description is still super spoiler filled, but it’s the simplest way to describe it to someone. Let me tell you, though, this is not a simple movie. In fact, this might be the heaviest film in Aronofsky’s whole filmography, content wise and thematically. So heavy in fact, that at points I couldn’t stand it. Shaking and anxious in the middle of Coolidge’s main theater was definitely something I did not expect from this, but its what I got. 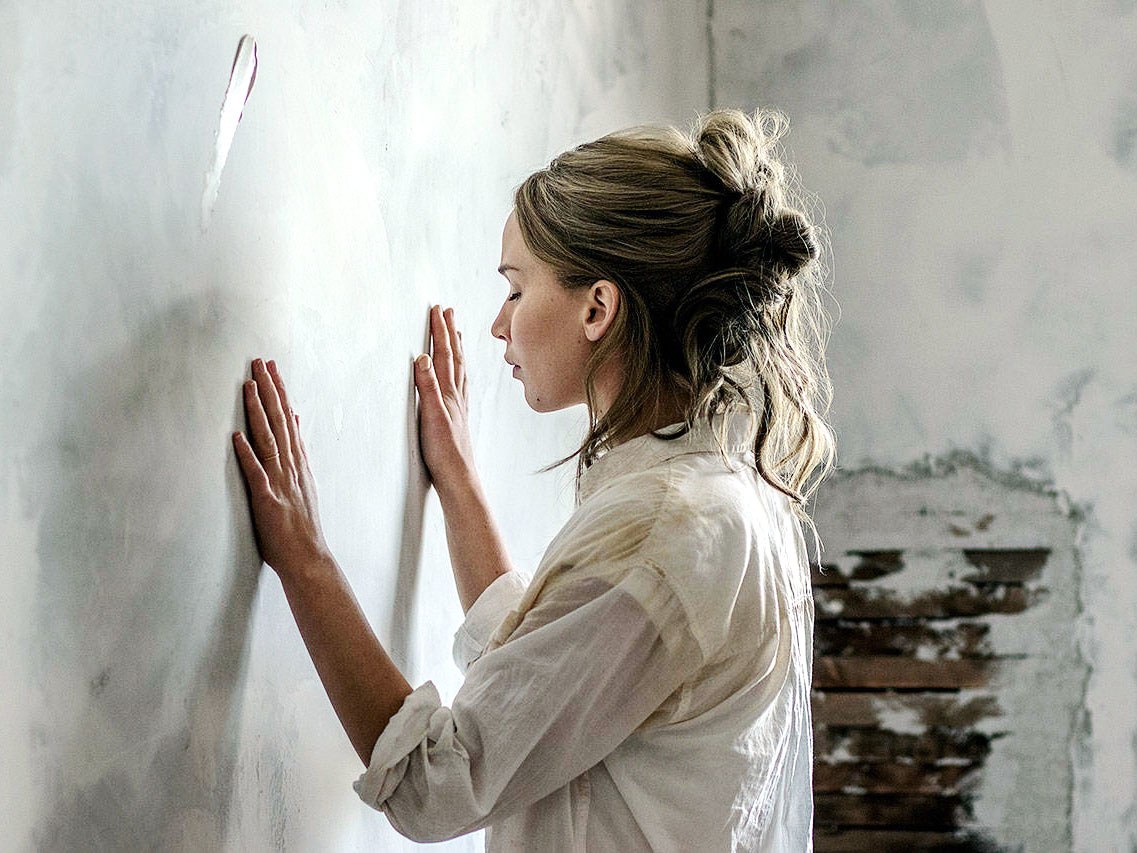 Lets get this out of the way: Mother! is a phenomenally made film. It is absolutely GORGEOUS (might even be Aronofsky’s best looking movie in fact), with the house and the lands surrounding it creating a sense of tranquility while also conjuring a lingering sense of distant panic that we can’t see, but can, in fact, feel coming. It’s a fact that Aronofsky is an actor’s director; every single film he has made includes some of its actors’ best performances, and Mother! is no different with Jennifer Lawrence and Javier Bardem. Filmed in almost a first-person voice, we explore this other world with Lawrence, never leaving her side and never ever feeling safe enough to want to. Almost mirroring Mia Farrow in a way with her performance, Lawrence is the star of this film.

The not so simple part to talk about with Mother! is all the imagery and metaphors riddled throughout, from mirroring the Bible, to being an adaption on the creation process from the point of view of the creator, all the way to even being about Aronofsky himself. The possibilities of the what one could make from this film are absolutely endless, and really add to the whole experience of Mother!. Still, the most obvious way of looking at this is the relationship between mother earth (Mother) and God (Him) and the way we treat the planet as a whole. We take advantage of something so beautiful created by one thing and twist, shape, and bend all of it in whatever way we want, but that’s not how nature is built. When we bend and influence somethings for so long, eventually everything breaks. That’s what the gist of Mother! really is: a good social commentary on the creation of the world and how humans have completely ruined it, causing our own inevitable Apocalypse, all in the name of Him. It’s a lot to digest, and could even take a while to fully appreciate, but it adds to an already incredible and original horror experience. Hell, even if you absolutely despise Mother!, you have to commend it for its originality.

So original, in fact, that its an actual miracle that Paramount decided to release this and promote it to the general public. While trailers fooled you into thinking this would be a disturbing, home invasion film, the movie itself is much, much more than that. This is par for the Aronofsky course, though, and if you know him as a director should know what you are getting into. I mean, Black Swan isn’t about dance and The Wrestler isn’t about wrestling. Aronofsky always crafts his films with attractive and intriguing outer shells which mask the deeper and much more interesting layers to be peeled away by the viewers. Mother! is a phenomenal and introspective look into ourselves as a species and how we can eventually change as people, and with that change how we see the world. Its brutal, unhinged and absolutely bananas at times, but that only adds to the experience. While I fully understand why someone might not like Mother!, I challenge them to come up with a much more original film this year, because I don’t think there is one. Go see Mother!. Give your money to a movie that truly deserves it. This is the type of movie 2017 needs. Thank you Darren!