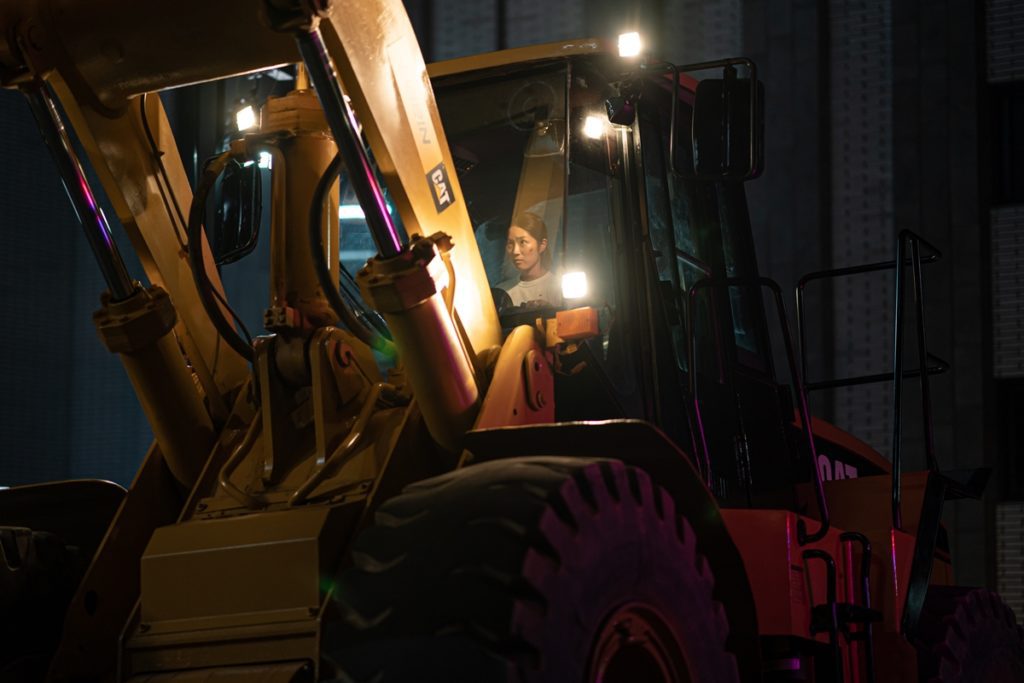 Joshua Polanski is a staff writer for the Boston Hassle and a recovering academic. His writings have also been featured in the Bay Area Reporter, The Young Folks, and Asian Film Pulse amongst other websites. Other than the local theater, he can be found on Letterboxd, Twitter, and his website The Transcendent Cinema.

Damn, it was a good year for the movies.

2022 was my best year with new releases since at least 2018, if not longer. The gleeful time-travel Japanese comedy Beyond the Infinite Two Minutes, produced in 2020 but not released on US streaming until 2022, was particularly painful to leave off, and I thought Tom Cruise would hold on just a bit longer. Reflective of the immense strength of the year, neither made my final cut, but both would have easily secured a top-five spot in the prior two.

And I’m a bit surprised, honestly, with how my favorites turned out. I expected at least one South Korean spy thriller to land a spot, perhaps an indie horror or low-budget sci-fi flick, and maybe another Cannes-type award favorite. I’m entirely shocked to not have a single Chinese language film, and never thought a Jordanian drama would end up in its stead. That’s just how the swing of things works though.

Like every critic making a best-of list, I saw comparatively little this year. Okay, okay, I saw a shit ton of new releases and most normies would be freaked out if they knew the sheer number, but in the grand scheme of things, it’s nothing. India, for a frame of reference, produces a whopping 2000 movies a year. Even Poland, a country with a faint heartbeat of an industry, breaks 100 movies a year. That’s still a lot of movies… All of this is to say: what any critic sees is intensely curated through established palettes, trustworthy recommendations, and lucky assignments.

My list obviously carries the same limitations, so I might as well lay them out in the open. As one will gather, I’m more well caught up with Indian, South Korean, Chinese, and Middle Eastern new releases than I am with French, Brazilian, and Nigerian ones. I’m more interested in these cinemas, so I’ve just seen more. I’m also slacking a bit in horror, sci-fi, and late-year releases—and I leaned more into English language industries than I normally do. Unfortunately and admittedly, as invested in the ever-so-inequitable global cinema, my list pays the price of being more male-dominated than I’d prefer.

Some of these films were released elsewhere or at festivals prior to 2022—but for the sake of accessibility and to champion some lesser-known wonders, I’ve included all movies given a US theatrical or streaming release in 2022. These are my favorite films with a US release in 2022. Watching James Cameron’s The Way of Water in 3-D, IMAX, and variable frame rate might be the closest I’ll ever get to heroin. Not a second went by where I thought about anything other than the absolutely captivating and immersive moving images on the screen (or jumping off the screen). To quote fellow Hassle writer Kyle Amato, “You will believe Pandora is real…These sea creatures are real, and James Cameron discovered them.”

Making wild improvements on the first Avatar’s weakest points—narrative substance, memorable characters, and troubled disability tropes—while refining and transcending the pioneering visuals, James Cameron reminds us what blockbusters could be: artful. The peaceful and unrushed middle third—one of the least economical hours in contemporary Hollywood filmmaking—doesn’t need to be there. (The main gist of the hour is basically “the ocean is very, very pretty.”) It’s easily the most expensive plot detour on this side of the 20th century. Most studio chiefs would have cut it. The higher-ups at Disney almost certainly tried here, too. But any appeals from Disney executives were as doomed as Job in his argument with God: asking James Cameron to abandon such a plot is basically an admission of agnosticism… and he is not a man studios are willing to doubt. We’re better off for it too: the attentive patience, confidence, and simple cinematic beauty showcased through the middle third is enough reason to earn a spot on this list.

Probably destined to obscurity for American cinephiles, The Girl on a Bulldozer’s closest recent American peer is likely Uncut Gems. It’s not a perfect match by any means; Park Ri-woong’s film is all downhill, without the deranged, Moses-like tease of the Holy Land given to Adam Sandler’s Howard Ratner. Life sucks, and Kim Hye-yoon’s Goo Hye-young knows that best of all the characters on this list. It’s a bitter shame that no Rotten Tomatoes approved critic or publication has yet covered the film—as if that’s an albatross that means anything still.

What hasn’t been said about A24’s biggest hit of the year?

As Saudi business magnates begin the process to turn a Turkish zoo into an amusement park, the lonely elder zoo owner conspires to hide the death of his last (critically endangered) Anatolian Leopard—the only thing preventing the finalization of the transfer. Small town politics and unspoken words softly and gingerly coalesce into national critique. Anatolian Leopard is the most politically persuasive film I saw this year. The highlight and Audience Award winner at the Boston Palestine Film Festival and one of the two women directed films in my top 10, Farha is an appalling Palestinian survival story told through the courageous narrative cues of Anne Frank at the onset of the Nakba (the Catastrophe). Sallam also unearthed one of the world’s best actors—a moniker I don’t throw around lightly—in the teenage Karam Taher. It’s my favorite performance of the decade thus far—and, as far as I can tell, it’s the young actor’s first feature film. This might be the best film you’ve never heard of on Netflix.

Likely my most controversial (or disagreeable) ranking, Cha Cha Real Smooth is pop-modern Graham Greene with the delicacy of Sofia Coppola and starring Dakota Johnson. If you know me in the slightest, this means Cha Cha had itself a destined place etched onto this list. It’s a reaction-generating film, allergic to lukewarm responses: you’ll either adore or despite it. Personally, I felt something—I felt seen in an embarrassing, cleansing sort of way. It’s one of those films that somehow matures your entire understanding of life, despite its quirks and superficial dramatics.

Seeing Rajamouli’s swashbuckling nationalist propaganda in theaters with a full, engaged, and diverse audience was one of the great theater experiences of my life. It’s also a reminder of how shitty most propaganda films are; if half of them looked like this, I’m not sure we’d even think of them in such nationalistic lenses. (While risking sounding like a snotty critic, I’ll just add one thing: try to see it in the original Telugu rather than the dubbed Hindi.) Regardless, RRR is the perfect introduction to big-budget masala cinema. I never expected a cheesy YA novel adaptation would end up on my Best Of list, but then again, I didn’t know just how good Josephine Decker is. I won’t make that mistake again.

“When a religious movie shows in a nearby town’s single-screen theater, the family makes an exception —an exception that changes Samay’s life. He stands awestruck at the Galaxy Cinema Movies as if he stood before the entire Milky Way. The dust particles floating in the light of the projector look sublime seen through the eyes of the stupefied Samay. Movies, or more accurately, the wonder behind how light can be used to tell stories, become the sole concern to this nine-year old.”

A summation of the filmography of one the best filmmakers in the world at his very best. Decision to Leave is one of the must-watch– and must-re-watch– films of the year. I feel comfortable recommending this film to any film lover: casual appreciators of Park Chan-wook, long-time admirers, and those who are reading his name for the first time right now. It’s one of the movies that persists like a core memory, or maybe a scar. I’m not sure it would be possible to watch Decision to Leave simplistically—if you give Decision to Leave an honest viewing, images will linger, scenes will replay, and holy shit, you will feel something. Most importantly, following the great tradition of classic psychological thrillers, the tension between your initial visceral reaction(s) and your later reserved reflections will penetrate romantic, philosophical, and spiritual cavities you didn’t know you had. Don’t miss out on Decision to Leave.