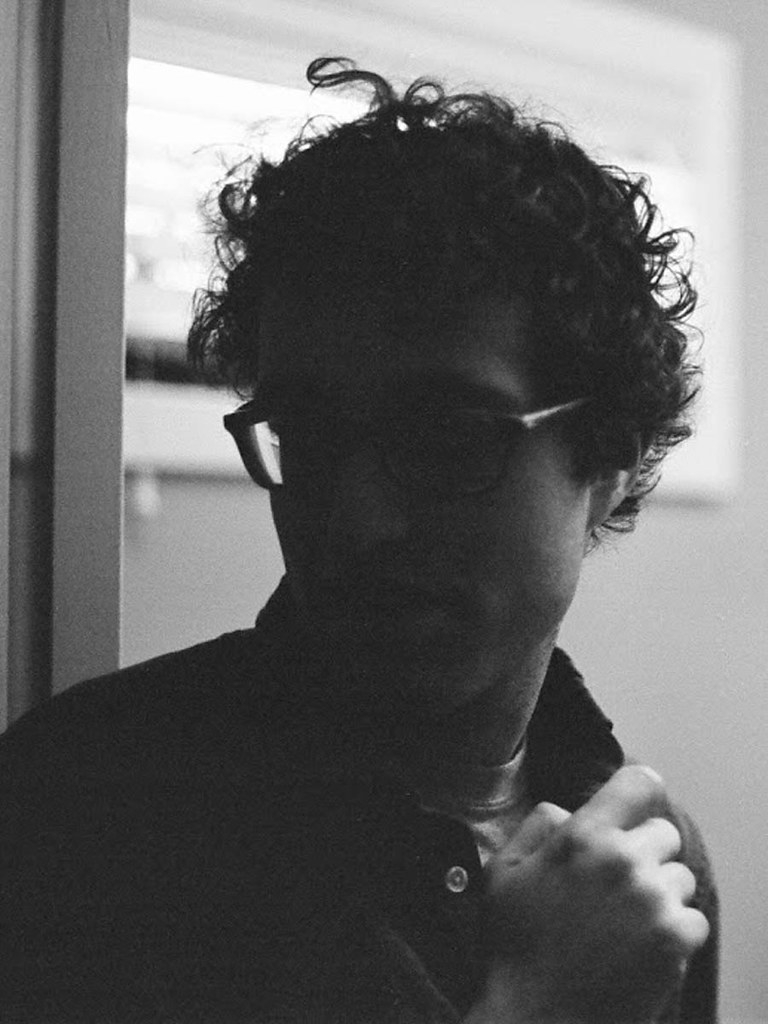 After reminiscing about seeing films at the Brattle (we miss it!), director Jane Schoenbrun and I discussed their incredible new film We’re All Going to the World’s Fair, which debuted virtually at this year’s Sundance Film Festival. And, of course, Homestar Runner.

BOSTON HASSLE: How does it feel now that Sundance has concluded?

JANE SHOENBRUN: It feels totally surreal, but good. I’m coming down to earth. The rush of the premiere, I think, was just as insane as if I had actually been there, but in a totally different way. Instead of the actual IRL chaos, the way my internet presence blew up. Just slowly seeing these really emotional responses to the film coming in was a totally amazing and overwhelming thing.

BH: I can imagine. I had no idea what I was in for. I just saw the image and the title and I knew I was going to like it. It seemed like the exact kind of movie we try to champion with the Hassle. It was so strange and far afield from the mainstream, capturing that weird isolation-connection the Internet can really give you. And as someone who has seen a lot of creepypasta stuff for years, I loved that.

I was particularly struck by the opening credits which I really loved. Where did you film to capture that very specific kind of American bleakness? To me it felt like central MA, but it could be anywhere.

JS: We filmed it in upstate New York in a town called Middletown, but I’m really happy to hear that, because that was exactly the idea and intention. Both from a narrative perspective – we don’t know much about Casey than the other character (JLB) does. The vagueness of her landscape is a plot point. He doesn’t know where she is so he can’t Google her. Beyond that.. I’ve driven across the country a few times and I’m really drawn to the fact that whether you’re in Delaware or Ohio or Oklahoma, you reach a shopping district and it just looks the same. Big box stores, chains, logos… there’s something comforting about it but something so far removed from anything real. I wanted to place you in that mindset at the start of the film.

BH: How did you find Anna Cobb? She was great, so compelling to watch.

JS: If you asked Anna where we found her, she would tell you it was destiny. She’s a big believer in manifesting success. She really did think it was fate and I kind of agree. I wrote the character in the first draft of the script and returned a few times after we cast Anna to write it more specifically to her. I wanted to find an actor who could bring something special of themselves to the role. We looked at everybody – actors you may know, thousands of teen actors. I didn’t want it to be somebody who would just come in and perform the character. I wanted somebody we could build the character around, someone we could fuse with the character. For a movie that’s so stripped down and intimate and oblique, it needed this human center that could feel incredibly real like my favorite films with first-time actors, like Vagabond. You want an actor who doesn’t feel like an actor.

I saw Anna’s picture among thousands after months of searching. I was ready to delay production if we didn’t find the right person, but we did. I was blown away. It didn’t just feel like I found Casey, it felt like Casey found me.

BH: That’s what makes these things so special. It could only exist at this time with this specific person.

JS: That’s something about the film in general I’m going to take with me to other projects. If the film feels emotional and moving and authentic it’s because it’s curated and not just me trying to have control of the frame or every line reading. It’s about surrounding myself with people who I think can bring something of themselves to it in a really deep way.

BH: How did you get Alex G involved?

JS: I wrote a fan letter and we sent it to his manager. Alex was at the very top of my list of dream composers. It was actually something my DP, Dan Carbone, said to me a long time ago: “You might be surprised at the level of musician you could get to score your film. I think a lot of musicians want to do film scores.” If he hadn’t said that to me I might not have reached so high. But I wrote Alex a letter I spent a long time on about what his music means to me and what it means to the film because it really was influential on the writing and development. He watched the movie and he said to me, “I was really nervous, because I was excited after I read your letter, and I was scared I would dislike the film and have to pass.” He responded to the film. Then it was quarantine and we were trading demos over text and working together to find the style and music. It was a really cool and unbelievable example of needing to send that fan letter, even if you think it’s outside the realm of possibility.

BH: What was your first creepypasta or urban legend type of thing? The early ones really stick in my mind because they felt so new. What was the first one that really freaked you out?

JS: I was pretty late to the creepypasta game, someone needed to tell me about it. I had already graduated from this part of the internet by this time, sort of around 2009? I was working a day job. I wasn’t in the same sort of online spaces as I was when I was 13 and reading horror  fan fiction on message boards. I think my references don’t come from the internet urban legend world. It’s more of the stuff that kept me up at night as a kid. Are You Afraid of the Dark? episodes or Goosebumps books. I’m dating myself but… As an adult, when I did hear about the creepypasta community and started researching it, I just knew without a doubt if I were twelve years old I would have been on there 24/7.

BH: My Internet was really just Homestar Runner and everything surrounding that.

JS: I use Homestar Runner as an example of my idealized Internet. That was a big thing for me in middle school. I just remember how they never monetized it and made their living off the merch sales. I’ve met the creators now and I have infinite respect for that kind of independent online storytelling and keeping your eyes trained on why you’re doing it.

BH: It was so amazing when I found out they were working on Gravity Falls.

JS: I love that show.

BH: Can you tell me about the practical effects? We see the videos of other World’s Fair participants. I don’t want to get into spoilers but… let’s just say ‘the arm?’

JS: The arm we spent a lot of our budget on. We didn’t spend much, but if you look at the percentage it was not small. That was a moment that I would say to my producers needed to look great. I’m friendly with a genre filmmaker named Calvin Reeder, and I remember him talking about how the budget informs how ambitious you can get with your visual effects. I knew I needed to sprinkle the effects throughout the film. I had only a few moves I could make, realistically. I had to put the time and money into really nailing a few things really well.

I would be remiss to not shout out a filmmaker named Evan Santiago who guest-directed a scene in the film, during the quarantine, from his bedroom. There’s a scene in the film where we watch what is essentially a web series about the World’s Fair mythos. The scene where a kid gets pulled into his computer. This is something that Evan made for basically nothing with a one man crew. He’s a super talented filmmaker who uploads his work to YouTube, we found him in the casting process and invited him to basically take over the film for a scene. That sort of DIY inventiveness of wanting to pull off something cool – like what I did in high school with no resources. That’s such a big part of the joy of these communities. I wanted that ingenuity to be part of the movie.

BH: I saw you had Albert Birney do the video game sequence, I talked to him about Strawberry Mansion last week.

JS: There are actually a few Sundance connections. Albert did that animation and Theo Anthony, who has an incredible documentary called All Light, Everywhere at the festival, has a cameo as the guy on the treadmill. It’s a little bit of stunt casting because I love what his work has to say about our contemporary surveillance technology culture. He was so down to do that and it was so fun.

A lot of my previous work has been super collaborative. It’s been about finding a community of filmmakers across the country who are trying to do things not so differently from those YouTubers who just want to make something personal and small but meaningful. Albert is a very close friend and someone I really look up to. I helped a little bit with an animated series that he does called Tux and Fanny that I think is one of the coolest things on the Internet. We’re in a film club together, every two weeks we get together in a small group and talk about movies with a small group of filmmakers. He’s like a real inspiration who keeps me going. It’s important to have filmmakers who are driven by passion rather than just money.

BH: That’s why Strawberry Mansion really stuck with me. He also did all the music videos for The Spinto Band, which I love. All these connections make me really happy.

We’re almost out of time but I have one last question: Who do you think will vibe most with World’s Fair?

JS: I want anyone to watch the movie. I’ve been really fascinated by the different responses from people who are in Internet culture versus people who are scared of computers, people who did spend a lot of time on forums versus people who don’t really know what that is. It’s fascinating to see people have really different emotional reactions to the film. I think it was designed to allow you to have an emotional experience no matter what your level of understanding of this culture.

All that said, the audience that’s most important to me is the trans audience. As a trans filmmaker who’s trying to express dysphoria through the film, at its deepest level I think it’s a film about trying to get at a feeling I’ve had my whole life. By far, the most important audience for me are people who come from that same life experience.

BH: I’m sure they will end up loving it too.

JS: It’s been amazing so far. It’s really a film made from the gut. I just really tried hard to not self-censor the things I wanted to talk about. It wasn’t designed to be relatable, but that’s exactly what made it relatable.