Round three! Another five films, filled with ups and downs and strange vibes. Here we go! 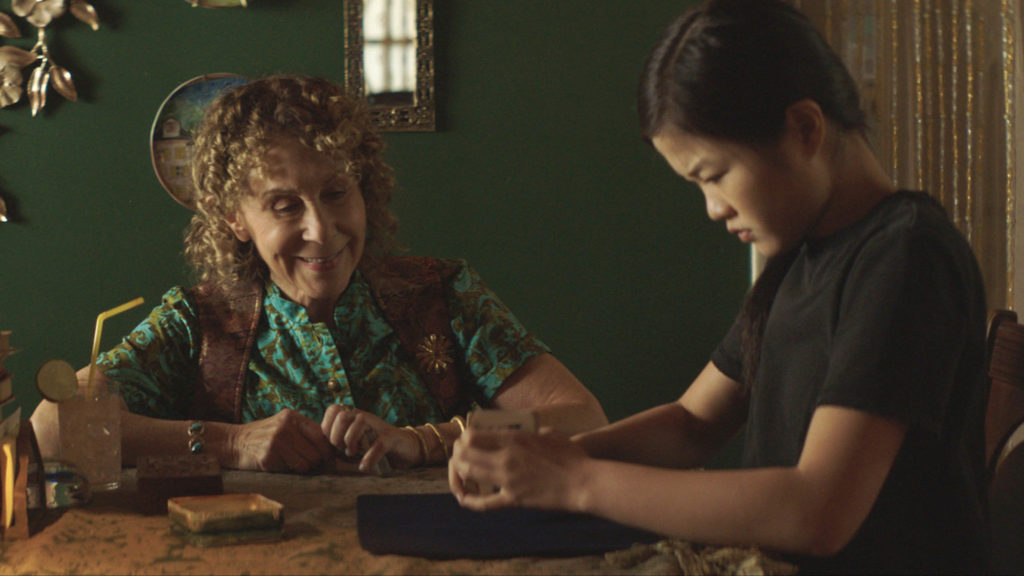 A young girl with anger issues gets signed up for a community college small business class. Along the way she meets a quirky old magician played by Rhea Perlman who teaches her a thing or two about life. Pretty typical Sundance indie swirl of nouns! There’s some fun animated sequences, including a high speed escape on the back of a rabbit, but the story never transcends its TV pilot feel. There are enough parallels to Netflix’s recent animated films to raise some eyebrows, or at least prove either film’s lack of innovation. I’m jealous of Perlman’s home, though, filled to the brim with books and other colorful knickknacks. (C) 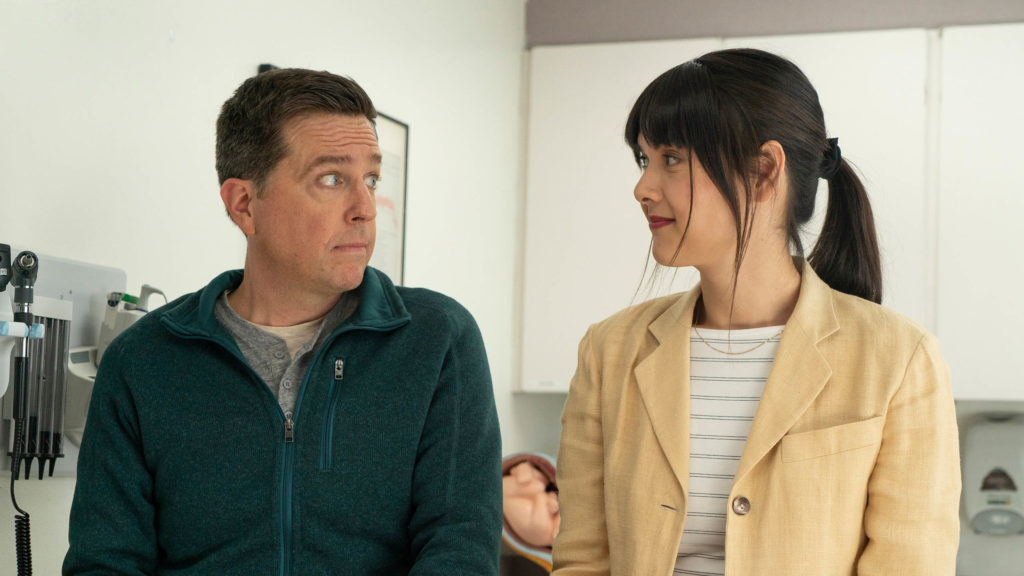 Together Together (2021) dir. Nikole Beckwith

Hopefully you already know that actor/comedian Patti Harrison is a genius, but Together Together proves she’s ready for the big time. Harrison plays a wayward young woman who becomes a surrogate for a lonely app designer (Ed Helms). The story spans the length of her pregnancy, documenting the pair’s push and pull relationship. Anna is just doing Matt a favor and getting paid… right? Though some of the dialogue is fairly standard, the goofy tone and bountiful supply of supporting characters (Julio Torres! Everything he says is funny!) help the film rise above the typical modern dramedy. I feel bad comparing Together Together to things it is not to reassure the reader of its worth, but sometimes that’s the way it’s gotta be. (B+) 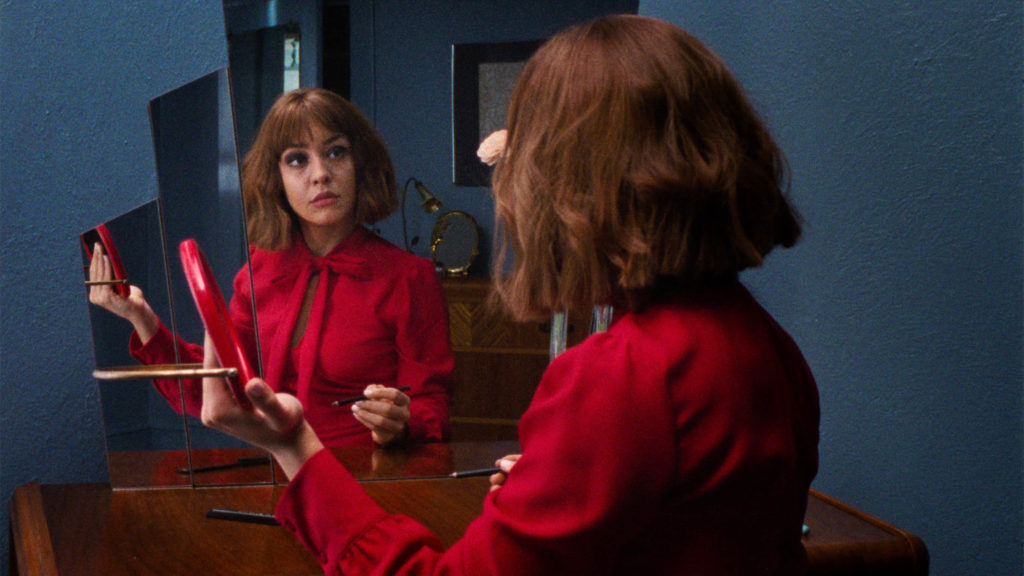 What is cinema? Could it be an extremely simple story about twin sisters, spending their time eating snacks in scarlet colored locations while one is perhaps hiding out from a dangerous man? The answer… is yes. With a bright visual aesthetic, likeable characters, and no real conflict until the final act, Superior is just a nice thing to get absorbed by for approximately 100 minutes. So many sequences feel designed for aesthetic photosets for really cool girls to post on Twitter. It’s my favorite kind of debut feature: not perfect, but has enough going for it that I am extremely excited to see what the director comes up with next. Vassilopoulos will absolutely be on my radar when she premieres her second feature. (B) 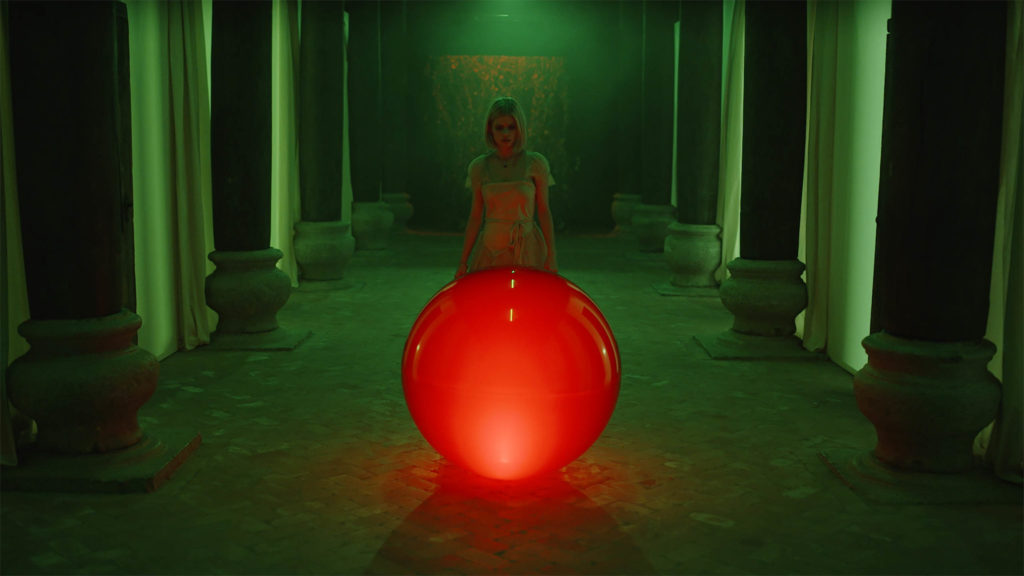 I basically have no idea what this was. Carlson Young attempted to bring us her own take on Pan’s Labyrinth or Alice in Wonderland, but forgot to center it in a comprehensible story with characters we wanted to watch. Udo Kier has fun as what seems to be Satan, but frankly that’s not too much of a stretch for the man. The film trudges along from one acid-tinged location to another as we watch Young react to whatever arrives to torment her. Maybe the original short didn’t need a feature length exploration of its fuzzy ideas. (D+) I was blown away by World’s Fair. I’ve never seen a film that absolutely nails the strange isolation being online can cause. Anna Cobb, in her feature debut, gets you to love and care for this unhappy teenager from her first line. Schoenbrun’s perception of the internet brings to mind the early days of spooky viral stories often known as “creepypasta,” a digital rebirth of urban legends. Casey doesn’t seem to have anyone to turn to except a man she meets online who does not show his face. Things only get stranger and stranger as we are forced to watch from the other side of the screen. Add the first film score from Alex G and you’ve got an unforgettable experience that will be mesmerizing in the theater upon its actual, triumphant release. (A-)