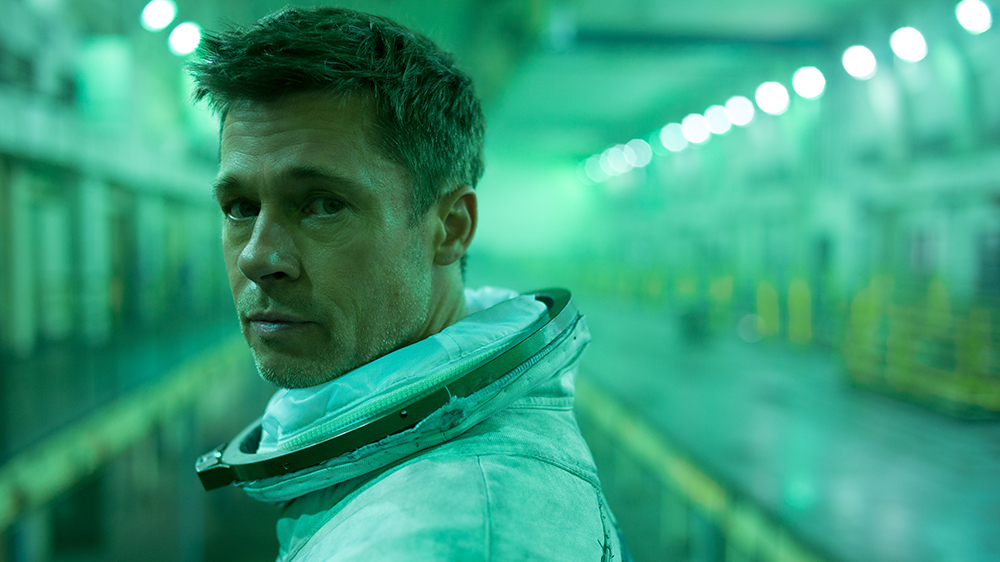 Space is terrifying. The best science fiction films, like 2001: A Space Odyssey, Alien, and Gravity are able to capture the horrifying combination of claustrophobia and agoraphobia that tiny human beings face in the vacuum of outer space. Ad Astra is no exception. James Gray’s latest film takes Brad Pitt from the relative safety of Earth to the darkest edges of the solar system on a quest for his missing father, Tommy Lee Jones. Pitt is rarely outside of the camera’s focus, and it is impossible to imagine this film with anyone else in the role. Though the film takes many, many cues from earlier hard sci-fi space films, Pitt is able to elevate a shaky script into something nearly transcendent.

My immediate post-screening reaction was to call Ad Astra “Space Tree of Life,” but that’s not an entirely accurate comparison. Though both films feature some groanworthy dialogue and narration, stunning cosmic imagery, and daddy issues, only Ad Astra features an action sequence involving moon pirates. Ad Astra’s plot is far more linear, as astronaut Roy McBride (Pitt) is chosen to journey to Neptune to find his father (Jones), who disappeared 16 years earlier on a classified mission and may or may not be causing the energy flairs that threaten planet Earth. The film is set in the “near future” to explain the space travel and colonization of our Moon and Mars, and Gray does not waste time explaining each and every futuristic upgrade. Seeing a sign for Applebee’s on the Moon is explanation enough.

The action sequences are magnificently directed, full of tension and innovation as many happen in low-gravity or zero-gravity situations. There is a shootout with the aforementioned space pirates where McBride uses the dark side of the Moon to his advantage, and a terrifying encounter on an abandoned satellite that is too shocking to explain fully, but is genuinely one of the most unnerving scenes I’ve seen in theaters in ages. Gray keeps his focus on Pitt, whose face and calm demeanor guides us through this perilous journey. Between this and Once Upon a Time… in Hollywood, Pitt is having a stellar year that should hopefully yield some awards season recognition.

I found the voiceover to be extremely detrimental to the film’s atmosphere. McBride overexplains his relationship to his missing father in scenes that should just be silent, as we watch him react to his current circumstances. We deserved time to breathe in-between setpieces. Fortunately, the narration seems to dissipate by the time we reach the third act.

Ad Astra won’t be for everyone, that’s for sure. Fortunately, its runtime is just about two hours, so it doesn’t overstay its welcome. It is worth seeing on the biggest screen possible for the breathtaking imagery as we get deeper and deeper into space. Sometimes it feels, ironically, that hard sci-fi space movies have nothing else to explore except literalizing the distance between parents and their children. Ad Astra is able to make McBride’s journey an engaging and perilous one, but going forward I’d like my outer space dramas to be more High Life and less Interstellar.