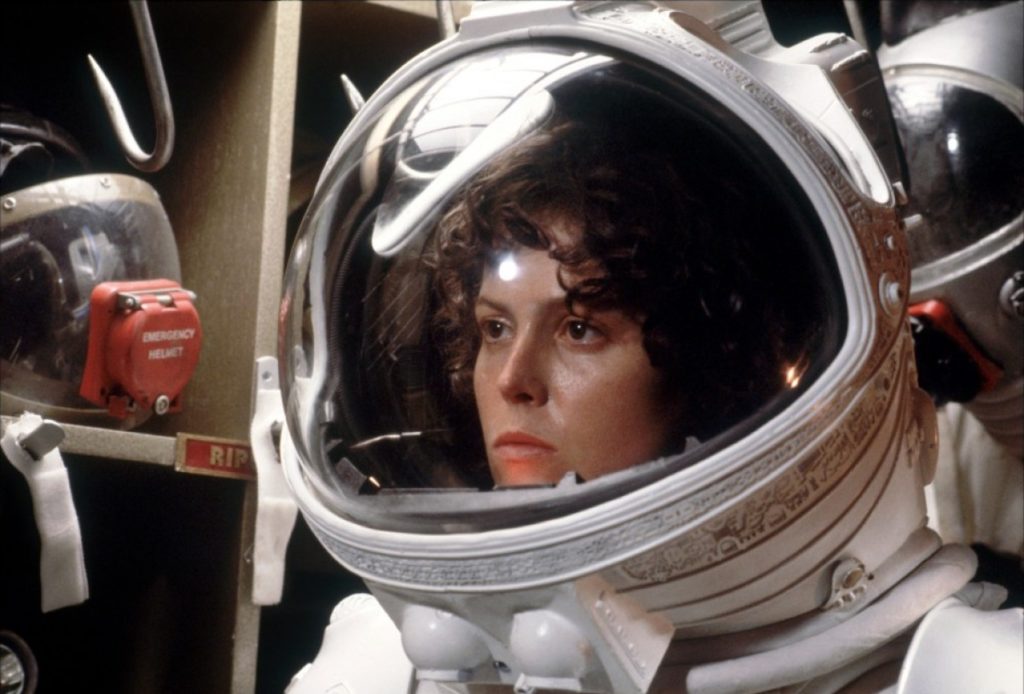 Upon its return journey to Earth, the Nostromo, a commercial ore-refining spaceship, encounters a mysterious transmission. A call of distress, perhaps? Fellow space travelers in need of help? The crew is unsure, as the audio from the message is unintelligible. But the crew must investigate; they are required to do so according to the contracts they signed when they took on their jobs aboard the ship, and so their paychecks are on the line. 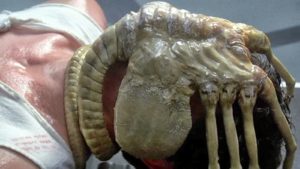 As three members from the ship descend to the windy, dark, and desolate planetoid, they come across an abandoned spacecraft and approach to see what they might find.

The ominous craft stands before them in a lurking fog, the setting screaming for them to turn back and save themselves. Despite this, they press on until they come across the corpse of a large unidentified vertebrate. 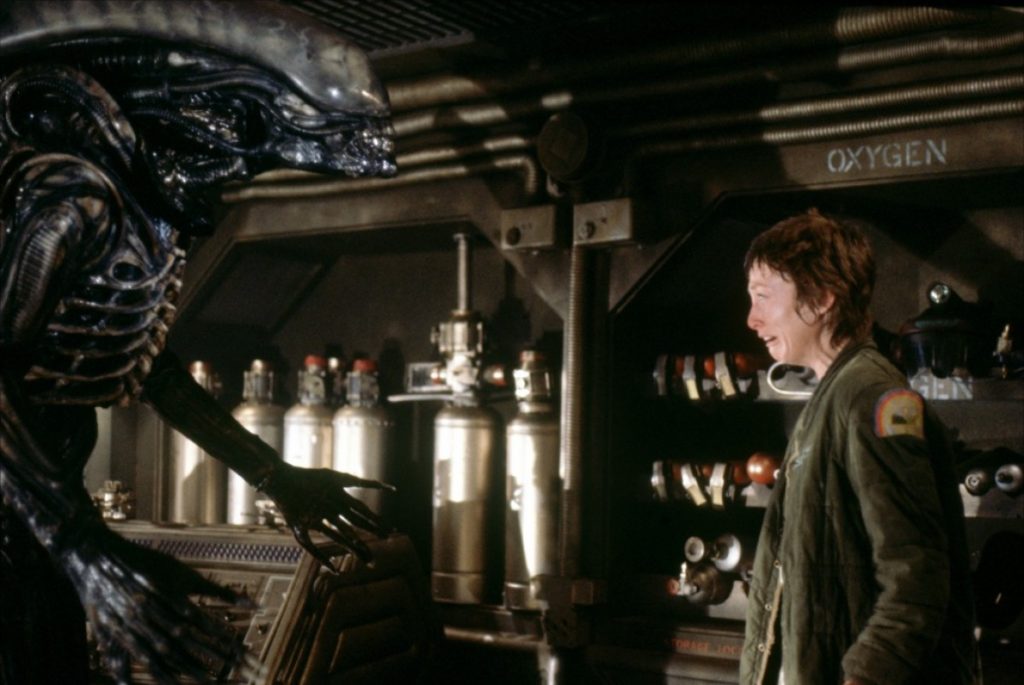 Meanwhile, on the ship, our protagonist, Ripley (played by Sigourney Weaver), begins to decipher the transmission. Ripley realizes it comes through more as a warning than a distress call, though, apparently, it is too late. When one of the grounded crew members falls into a pit of eggs and one hatches he learns all too closely what lives inside.

All this sets up one of the greatest science fiction thrillers of all time.

As the crew tries to negotiate the functions of the ship, their infected crew member, and then the highly developed alien lifeform now aboard, they also continue to ask the most important question: ‘What about our shares?!’

Can’t they all get along? Probably not… but you will have to watch to find out.