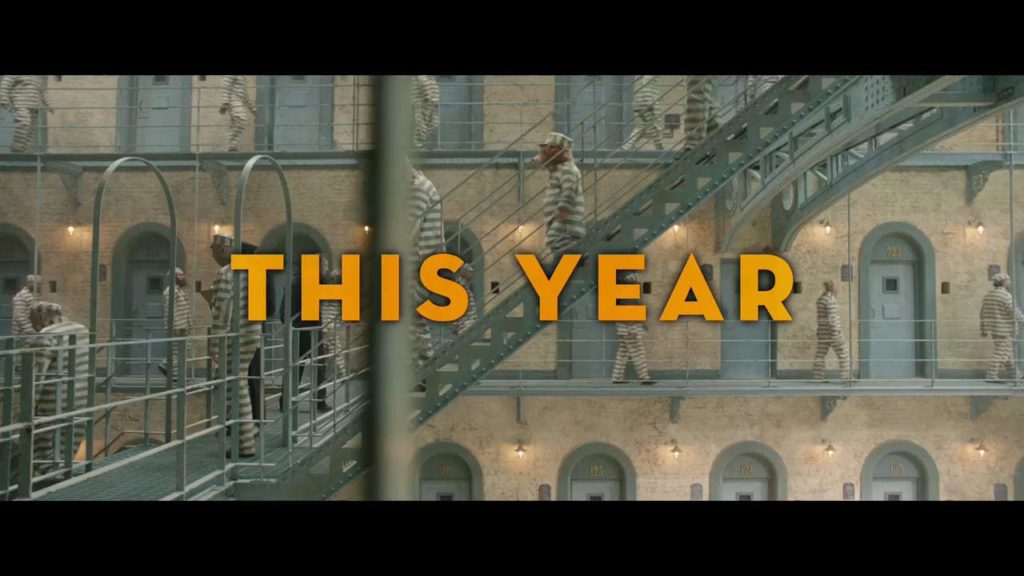 Nick Perry is part of the Film Flam team at Boston Hassle. Follow him on Twitter for a deeper peek into his neuroses.

1) Paddington 2 and The Rider

This was an especially good year for movies, regardless of the Vaseline-on-toast noms we’ve seen thus far. And although I could fill a top ten list of, I’ve really only thought about two movies the entire year—Paddington 2 and The Rider.

They seem different in both story and form, although both feature the journeys of young men attempting to reforge their lives in the wake of significant change; similarly, these movies’ final shots parallel each other. One is about an immigrant bear living in London trying to find the perfect gift for his aunt, and the other is about a rodeo star in a Dakota prairie attempting to move on from the traumatic injury that halted his career.

I’ll leave it to you to guess which is which.

With The Rider, Chloé Zhao’s brilliant direction shifts from expansive South Dakota landscapes to intimate close ups, imbuing mood and feeling into every scene. For this is a movie full of feeling, of depth, of a wide range of human emotion from rage to sorrow to something not quite joy but more like comfort, like home, like family. The performances from the entire cast, anchored by breakout Brady Jandreau, are just so damn good. I wish I had a more eloquent turn of phrase to describe the cast in this movie but I don’t: they’re just so damn extraordinary. There is nuance in every line and every gesture, something so painfully real watching these performers play versions of themselves in a movie that mirrors their real-life story– for The Rider is a sort of docudrama based on real events, featuring the people who lived through those events. It’s therapeutic in that way, becoming medicine for both cast and audience.

Paul King, for Paddington 2,  leans more heavily into a whimsical, fantastic approach—what else can one do with a talking bear? It’s a movie of technical excellence, full of sleek, charming design and emotive camera movement. Paul King elevates the form he used in Paddington, candy color and Wes Anderson affects, crafting his own unique vision that breaks the mold of what we’ve seen before. There’s something musical to Paddington 2, a rhythm and energy in its editing, a pacing that electrifies and soothes you, in turn. The cast, too, is perfection, bouncing off of each other with an ease that brings you in like family, all led by Ben Whishaw, who captivates with charm and gravitas. It feels like such a simple story for children, about a bear who teaches politeness and niceness. Yet, there is something revolutionary in Paddington’s message, particularly in a Brexit/Trumpian world. Paul King’s story is almost necessarily tethered to the politics of our day and age, and he takes this children’s story of a talking bear and crafts a deeply political story of a refugee who found a better life in London, only for folks to try to take it all away because of who he is and where he comes from. It’s a movie on the strength of community, of family, and ultimately, of love. In Paddington’s London, grace and goodness are revolutionary and transformative—a type of power that can change the world for the better, if only we let it.

Both are special in ways that no other movies this year feel, and both will probably end up in my best of the decade. They are necessary and relevant yet timeless pieces of cinema—testaments to the medium and to the craft. They both capture what makes a great movie: a combination of an impeccable cast who understands the material, direction that matches and elevates the mood of the story, camerawork that is exciting but not overwhelming, etc.

Moreso, both speak to something larger without ever having to directly comment on it. They’re movies that could have been preachy or saccharine or overly dramatic, but instead, they’re subtle, they’re quiet, they’re touching. They surprise in a way few movies do these days. Ultimately, they are movies full of community and empathy, something we all could use a little more of.

Roma is a flawless, perfect, moving movie, and Alfonso Cuarón is a living master of the form. He sculpts light and sound in a way that makes them feel like mediums we can shape with our hands. But Roma would not have felt nearly as full of depth without Yalitza Aparicio. She is the movie’s life, heart, and soul. Aparicio carves out a sense of honest intensity in Cuarón’s trip down memory lane, bringing humanity into the lush, dreamy realism of the movie. Without her, the movie would have been a self-indulgent look at a rich kid realizing his nanny is a person. Despite the dearth of nominations and awards, Yalitza Aparicio is in a class all her own this year—one of extraordinary skill and talent.

Perfection. Regina Hall is perfection in Support the Girls. It’s wild how good of an actress Hall is, in everything she does, and how, seemingly without challenge, she can do very quiet or extremely broad (most memorable performer of the Scary Movie series). In every scene in Support the Girls, there is a deftness to her reactions on the day her character’s daily struggles finally get the best of her, and the pieces collapse spectacularly. You watch Hall slowly crack throughout the movie, until her character isn’t so much broken as rebuilt anew, rebuilt necessarily for another day and another problem. Hall can do anything and more.

Brian Tyree Henry delivered a trio of wildly different performances this year, and performed each of them impeccably. He’s a malevolent gangster in Widows, a somber friend in If Beale Street Could Talk, and a loving father in Spider-Man: Into the Spider-Verse. The term versatile isn’t enough to describe Henry, who moves between roles as if he’s doing something as simple as changing shoes. This was Henry’s year, and it’s a shame he probably won’t get any love come awards time, particularly for his performance in If Beale Street Could Talk. His monologue about the trauma of prison is emotional and horrifying. It’s his delivery and performance, but more importantly, it’s the spaces he leaves for us to fill in—the silences filled only by the sorrow in his eyes.

Also, forgive me if I cheat or bore by talking about television in a movie article (I know, I know, I watch TV, roast me), but he was extraordinary in Atlanta: Robbin’ Season. It was next-level acting, and he managed to stand out in a cast full of greats.

5) The Rom-Com is Dead, Long Live the Rom-Com

The rom-com is back and doing things our rom-com ancestors never even dreamed of. I don’t think we’ve had this good a rom-com year since Meg Ryan, lord and savior, was meet-cuting Tom Hanks via radio, computer, or volcano. Likewise, it seems Hollywood is taking notice at our collective anger over the rom-com drought we’ve been struggling through—and that most minority communities have only ever known.

Some of my favorites this year were Love, Simon, To All the Boys I’ve Loved Before, Crazy Rich Asians, Set It Up, and Dumplin’ (which is kind of a self-love rom-com, but my oh my Bo … *swoon*). These were movies that didn’t seem to hate the genre they were in, but instead leaned into the rom-com cliches we know and love in surprising ways. Hopefully, studios also realized that rom-coms are most successful when they celebrate love for everyone.

Admittedly, Suspiria is not for everyone. It’s long and pretentious, and Luca Guadagnino, god bless him, is a self-indulgent director. But I genuinely loved Suspiria. Whereas Argento assaulted the senses in the original, finding beauty in excess, Guadagnino applies his clinically arthouse eye and finds something excessive in restraint. You’re almost tricked into a sense of safety, surrounded by lush and artfully done horror.

But then the climax happens.

The sequence is nothing but sight and sound and blood and hair and confusion and poetry and oh so much decadence. I sat for the full thirty minutes of the final, bloody dance number with my mouth fully open. It was art house, it was camp, it was Tilda seemingly never being told no. It’s Argento by way of quaaludes, and it’s entirely Guadagnino. 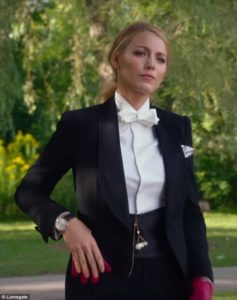 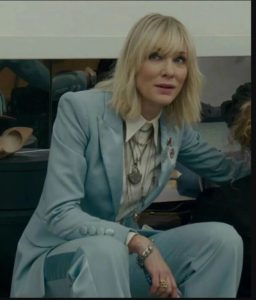 This was the year of the breakout performance, and I look forward to watching them for years to come.

The drama! The energy! The line delivery! Some of my favorite actresses in the business just interacting. I wish this scene was 30 minutes longer if not the whole movie just so I could sit in the steamy atmosphere of it all.

MoviePass scammed venture capitalists out of millions of dollars just so I could see as many movies as I want. In the process, they upended the movie theater industry and brought us all along on a wild ride of drama, emotion, and corporate intrigue. Despite having to cancel it when it became worthless to me, I will always remember 2018, the year of MoviePass.

Will we ever have this type of movie-related excitement for $10 a month ever again? 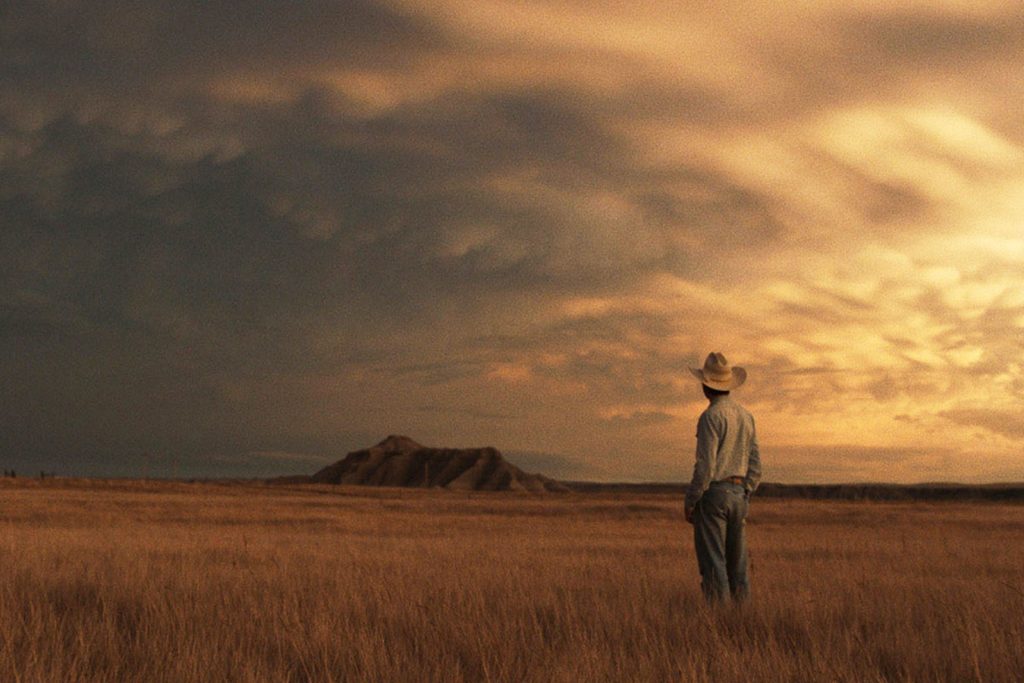 Either say you made a horror movie or say nothing at all. I understand it from marketers, but filmmakers and film critics had an extraordinarily hard time calling things horror this year, as if it’s a dirty word or a detriment to your “prestigious” movie. Similarly, it speaks to an ignorance of the genre and of genre in general. Horror isn’t necessarily what scares you! It’s tropes, it’s cliches, it’s mood and atmosphere. It’s so many things, and if you can’t appreciate it then don’t make a horror movie that will probably bomb because you were too busy throwing around “drama” and “thriller.”

Stop letting Gary Ross out of his lane, since all he seems to do with an incredible cast and a good script is attempt to squeeze the life and energy out of them. Justice for Ocean’s 8.

Similarly, why hire James Corden when Michaela Coel is right there?

13) In No Particular Order, the Rest