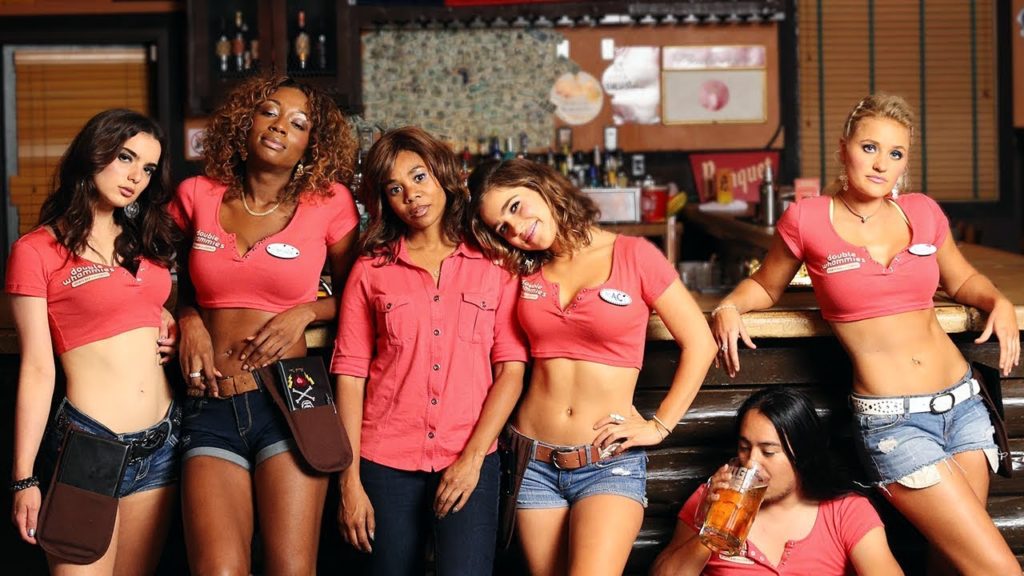 A year in the service industry should be compulsory for all Americans. You should not be allowed to enter polite society without knowing what it is like to spend ten hours on your feet, forcing a smile, and dealing with some of the most ungrateful people on the planet. Every service job, be it a waitress, or an ice cream scooper, or a barista, takes a piece of you no matter what. You should never not be brimming with compassion for your server, nor should you ever tip less than twenty percent. If you can afford to go out to eat, you can afford to tip. Andrew Bujalski’s latest, Support the Girls, asks you to root for a group of these unsung heroes, and succeeds thanks to a tight script and delightful performances, especially the unbeatable Regina Hall (Girls Trip).

Support the Girls focuses on a Hooters-esque ‘breastaurant’ known as Double Whammies on the side of a Texan highway. Hall plays the general manager Lisa, who is just trying to get through the day, despite a wave of obstacles trying to beat her down. There’s a man in her ceiling, one of her employees is facing legal trouble, she has new girls to interview, and the cable is out. Her number two is the southern-twanged Maci, played by Haley Lu Richardson (a true acting chameleon), whose infectious laugh and boundless energy fill the restaurant. Rapper Shayna McHayle, aka Junglepussy, really took me by surprise with her portrayal of loving and laid-back Danyelle. Both girls get the best laugh lines, and both will do great things in future roles.

Hall plays Lisa as someone beat down, but endlessly giving and loving to the girls who need her. She might have too much on her plate, but it’s all for her girls and the restaurant. As Maci puts it late in the film, “It makes such a difference when your boss really cares about you.”

We only see one day in the life of Double Whammies, but it is so detailed and rich you’d believe the place is really out there. They have regular customers like Lea DeLaria’s Bobo, arrangements with the guys on the other side of the shopping complex, and ways to handle their surlier patrons. This is one of the few films I’ve seen that truly nails the secret language you learn working in the service industry, one of nods and code words and shoulder touches. The girls watch out for each other, especially their new recruits, including the deadpan Jennelle (Dylan Gelula, of Unbreakable Kimmy Schmidt).

The story has more twists that you might expect from the director of Computer Chess, but it never dips into melodrama, a credit once more to Hall’s gravitas. I would love to see her name in Oscar talks at the end of the year, even if I have to raise the money myself.

Support the Girls is a funny, charming, and overall triumphant film that presents a single day’s work as something extraordinarily brave. While its theatrical run is limited, it is available now on VOD services, and is absolutely worth your time. Have a nice day!