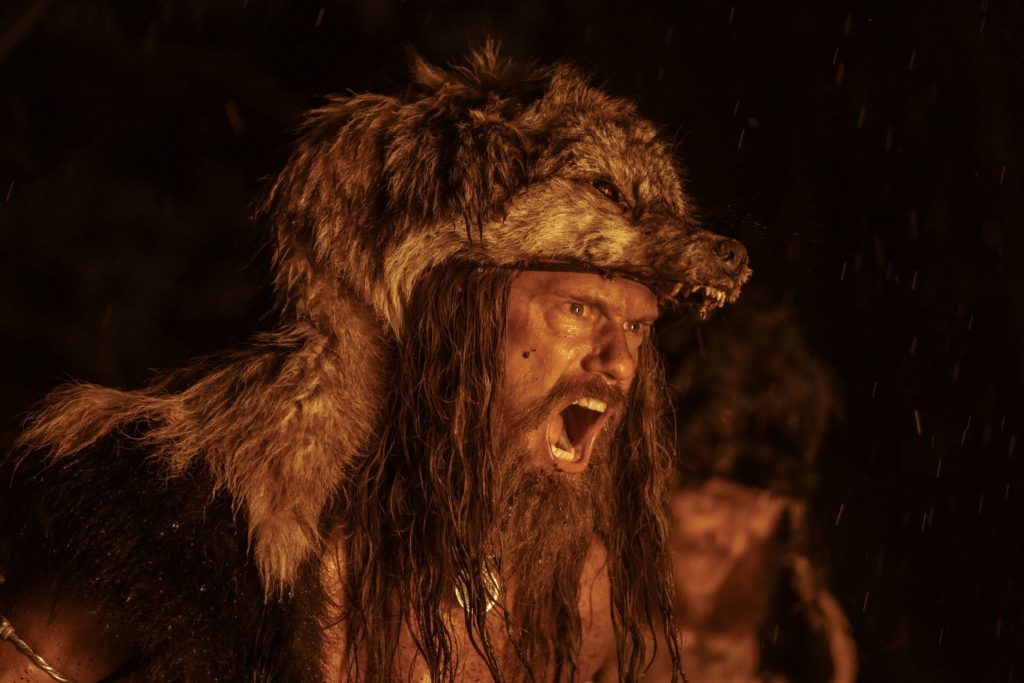 When Evil Dead director Sam Raimi signed on to direct 2002’s Spider-Man, he set a template which has been followed with depressing regularity over the ensuing twenty years– and I’m not talking about the Marvel Cinematic Universe. Rather, I’m referring to the practice of studios poaching idiosyncratic indie filmmakers and plugging them into studio tentpoles which would have been made with or without them. While some filmmakers, such as Taika Waititi and James Gunn, have managed to survive the transition with their sensibilities intact, the practice more often has the effect of sanding off the directors’ more interesting edges and pushing them toward a homogenous, safely commercial product. While it’s nice to know that Greta Gerwig and Barry Jenkins are receiving larger paychecks, one can’t help but feel their talents would be better served on personal projects, rather than (checks IMDb) Barbie or Untitled Lion King Prequel.

So it was with some trepidation that I approached The Northman, the major studio debut from indie horror phenom Robert Eggers. As it unspooled, however I was reminded less of Spider-Man than of an earlier Sam Raimi studio film: 1990’s gleefully perverse horror-superhero mashup Darkman. Like Darkman, The Northman is an unabashed action movie, filled with the sort of widescreen spectacle that only major Hollywood backing can supply. But also like Darkman– and unlike all those post-Spider-Man studio springboards– The Northman is unambiguously an expansion of Eggers’ already unmistakable oeuvre.

Set in the verdant fields of Iceland sometime in the middle ages, The Northman begins just as young Prince Amleth (Oscar Novak) is about to inherit the crown from his father, King Aurvandil (Ethan Hawke). No sooner has the transition begun, however, than Aurvandil is murdered by his brother, Fjölnir (Claes Bang), who promptly takes both Aurvandil’s kingdom and his wife, Queen Gudrún (Nicole Kidman). Thought dead, Amleth manages to escape, vowing to one day take his revenge on his uncle and free his mother from captivity.

Years later, we find a now grown and strapping Amleth (played in adulthood by Alexander Skarsgård) on a team of viking marauders, laying waste to one village after another, all the while keeping his radar up for word on his uncle’s whereabouts. When an opportunity arises, Amleth poses as a slave and infiltrates Fjölnir’s ranks (in the first of many subversions, we learn that Fjölnir almost instantly lost control of his brother’s kingdom, and now presides over a modest farming community). Allying with one of his fellow slaves, the wily Olga of the Birch Forest (Anya Taylor-Joy, reuniting with Eggers following her breakout turn in The Witch), Amleth bides his time waiting to strike– though, as he quickly learns, all is not as he has believed it to be. 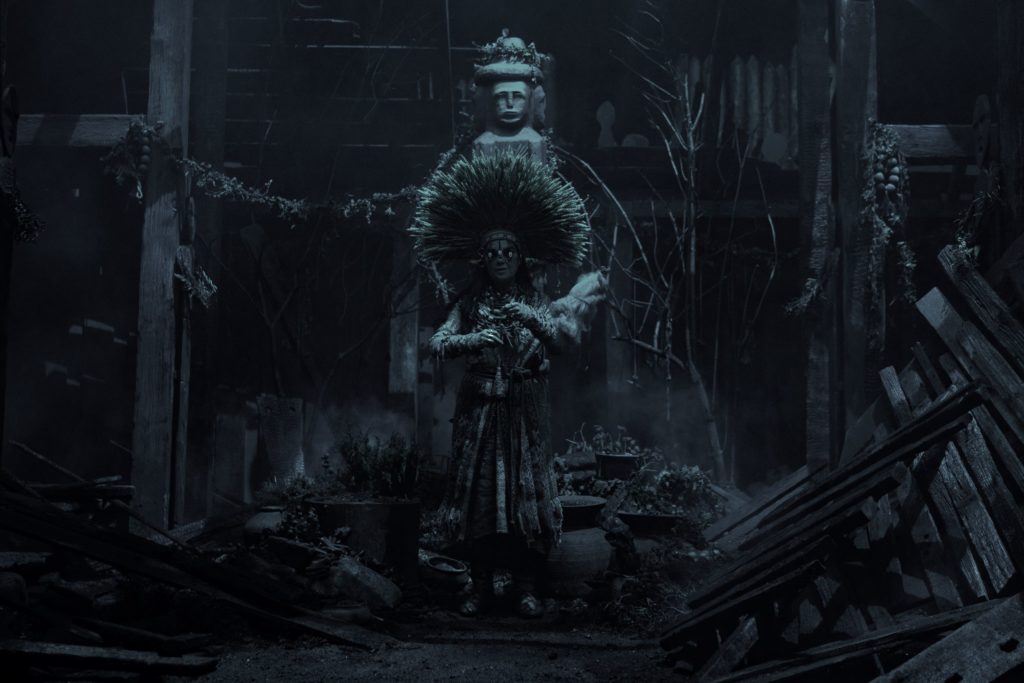 Eggers’ first two films, The Witch and The Lighthouse, were both small productions, intimate to the point of being handmade (literally in the case of The Witch, whose colonial-era farmhouse was built by Eggers and his crew using period-appropriate tools and antique nails). The Northman, meanwhile, is an honest-to-god widescreen epic, with gorgeous vistas, hundreds of extras, and some truly jaw-dropping battle scenes. Make no mistake, though: this is recognizably the vision of the man behind those beloved cinematic Weird Tales. Though he has left the spooky New England settings of his first two efforts for the even older world of medieval Scandinavia, The Northman retains Eggers’ flair for forgotten folklore and antique patterns of speech; one can imagine his screenplays printed on brittle, yellowed paper and instantly covered in dust. Few filmmakers, past or present, are as devoted to authentically capturing the distant past as Robert Eggers, and fewer still pursue that devotion while creating endlessly watchable genre entertainment.

Because, just as much as The Northman is a historically faithful representation of the viking era, it also absolutely fucking rips harder than any fantasy epic since Conan the Barbarian. If The Green Knight, as I noted in my review last year, is comparable to the lysergic British folk records of The Incredible String Band and Pentangle, The Northman most resembles the corpse-painted sensory assault of True Norwegian Black Metal. Endowed with a budget reportedly as high as 90 million dollars, Eggers is here given free rein to inflate the dark, psychedelic flourishes of The Lighthouse to near-operatic proportions. In one early standout scene, the village shaman/jester (played to the hilt by returning Eggers player Willem Dafoe) administers young Amleth’s rite of passage, a ritual which involves mind-altering substances and a good amount of barking like a dog, before culminating in a jaw-dropping visual representation of Yggdrasil, the Viking tree of life. Later, a grown Amleth leads a raid on a hapless village, presented in a truly astounding tracking shot packed with a truly alarming amount of bloodshed and guttural yelling. By the time we get to the swordfight between naked warriors inside an active volcano (comically blurred in the TV spots), one begins to wonder why we ever accept anything less from American action films. 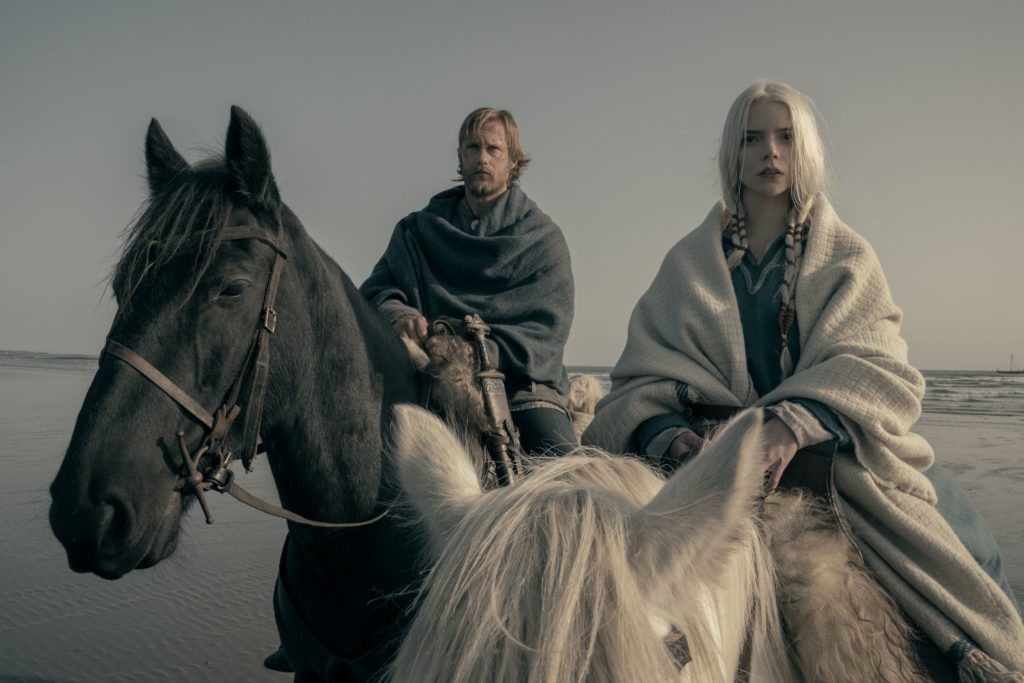 Just as crucially, though, Eggers has not lost the human element at the core of his previous work. Amleth himself is more of an archetype than a character (his name, it should go without saying, is an unsubtle allusion to another vengeance-minded Scandinavian prince, and nods to Shakespeare’s play are scattered throughout), but his journey takes him through surprisingly human and complicated moral territory. Taylor-Joy, as always, is fantastic, playing her role with equal parts pulp and empathy. Kidman indulges in similarly hammy instincts as the last time we saw her, only here she’s given a movie wild enough to support her; it is perhaps her most enjoyably outrageous role since To Die For. Icelandic art-pop icon Björk makes a brief but memorable appearance in a role it is impossible to imagine another actor in; Hawke is afforded only marginally more screen time, but embodies the same shaggy world-weariness that’s made so much of his latter-day career so enjoyable. But the standout may be Claes Bang. When we first meet Fjölnir he appears to be a stock mustache-twirler, and while he never quite stops being that, he is gradually revealed to be something more nuanced and haunted than the Fjölnir that’s been built up in Amleth’s head all these years. Amleth gets the traditional hero’s journey, but it doesn’t lead him quite where he expected.

And what about Eggers’ own journey? Time will tell whether The Northman serves as a turning point in the filmmaker’s career or a fluke; in a recent profile in the New Yorker, he bemoaned the studio’s hand in the film’s editing, and expressed doubt toward the prospect of making another blockbuster (his next project, a new version of Nosferatu, was reported as scrapped earlier this week). But that’s a question for a later date. For now, we need only marvel that this strange, savage little film is bowing in major theaters across the country. It’s a rarity in today’s IP-saturated cinematic climate that a director like Eggers is permitted to take this wild a swing, and even rarer that their major studio debut feels so of a piece with their earlier works.