Thor: Ragnarok is the 17th film in Marvel’s now decade-long experiment of shared universe storytelling, and the third film in the Thor franchise. To keep the seams from showing on this outing, Marvel enlisted the excellent New Zealand director Taika Waititi, a master of tone and comedy, to liven up the proceedings. However, not even Waititi could soothe what ails the Marvel Cinematic Universe.

The MCU is in a state of flux. As creative freedom on their projects grows, so do the the narrative constraints of 2019’s Avenger: Infinity War. With each subsequent movie (except for the largely unconnected Guardians of the Galaxy Vol. 2 and the thankfully small scale Spiderman: Homecoming), the need for cross-plot integration and seed-planting has become nearly unbearable. Couple this with the fact that, in order to maintain homogeneity amongst titles, characters are rarely allowed meaningful change and you have a recipe for disaster.

Yet somehow Marvel has managed this tightrope act fairly well. While hardly any of the films in the MCU are great, in terms of four-quadrant pleasing motion pictures they are remarkably more entertaining on every level than anything DC has pumped out in the last five years. Occasionally even greatness shines through (Guardians of the Galaxy, Winter Soldier).

Unfortunately, Waititi’s greatness only comes through in spurts on Thor: Ragnarok. The rest of the picture maintains the quality of a decent Marvel film. Ragnarok’s best moments are uproarious, absurd, and fun; its worst, bland, uninspired, and numbing. 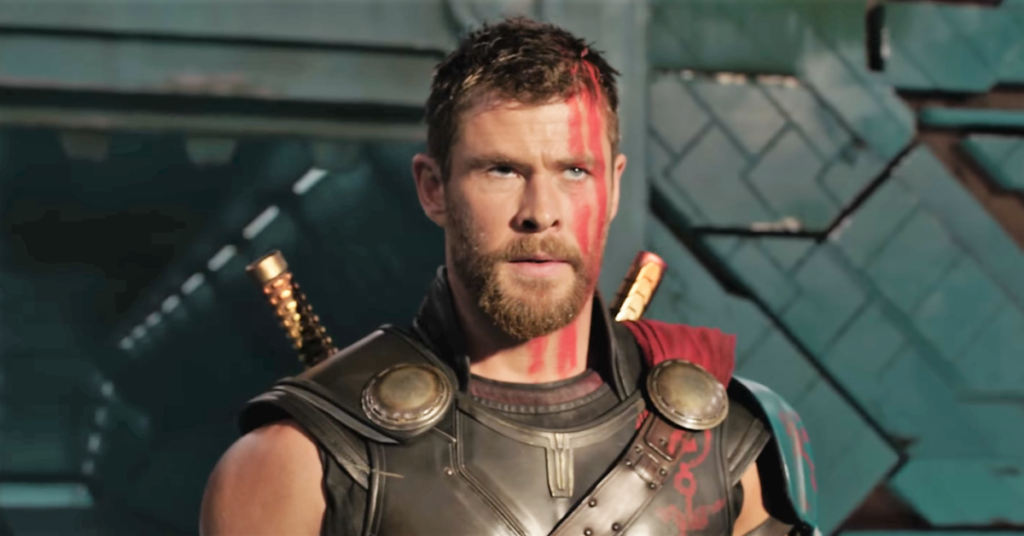 The story of the film is fine — even somewhat inspired (a clever melange of the Thor series’ Shakespearean elements, the comic book arc Planet Hulk, and Guardians of the Galaxy‘s cosmic landscape). To get things started — post prologue, that is — it’s revealed that Odin’s life force is waning. But Odin’s passing means the return of a power he has kept at bay: Thor and Loki’s long lost sister, goddess of death, Hela. Hela is played by a very game Cate Blanchett who tries her damnedest to work something out of a terribly underwritten villain (a Marvel movie staple at this point).

Hela is prophesied to bring forth the end of times (Cough. Cough. Ragnarok) and Thor is not mighty enough to vanquish her! After a feeble attempt he is banished to the planet Sakaar — a trash-dump world surrounded by wormholes and ruled by an eccentric and bloodthirsty Jeff-Goldblum-like-alien played by Jeff Goldblum.

It takes about half an hour for Thor to end up on Sakaar, but once there the movie is a complete blast. Thor meets back up with Hulk, who can now speak, and becomes acquainted with the always remarkable Tessa Thompson as Valkyrie, a booze-head with a bad past. My personal favorite addition to the Thor roster, however, is no doubt newcomer Korg, a soft-spoken alien of stone played hilariously by Waititi himself. Korg adds a strange heart to the movie, and his small arc of seeking revolution becomes the most triumphant of the film. Quite an accomplishment for a character only meant to be in one or two scenes. 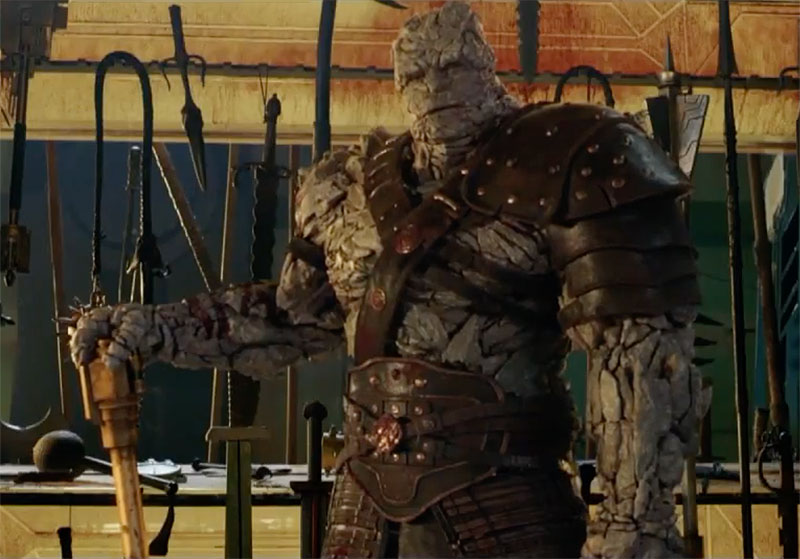 Unfortunately, this movie is continuously interrupted by the more average Marvel movie. Hela showing up in Asgard. Hela conquering. Hela amassing an army. Yawn. Worse, she has an even less developed sidekick. Karl Urban’s Skurge, an Asgardian with an affinity for machine guns. This unnecessary addition gives off the distinct smell that Marvel just added him because he’s a popular character in the comics. In action he added nothing to the story, and his entire arc is a complete dud. Perhaps if Skurge had been axed, Ragnarok could have avoided some of the Marvel bloat.

Also disappointing were the movie’s action scenes. These weren’t the worst action scenes in a Marvel movie by a long shot — and some of the individuals shots were quite cool — but the pacing consistently fell flat, and their construction gave the impression that Waititi didn’t give much time to actually block out these scenes, or otherwise couldn’t properly conceptualize large scale mayhem.

However, despite these qualms, the entirety of the film is tied together nicely with a through-line about colonialism. About the evils that empires hide away and the human sacrifice a golden civilization requires to exist. The resolution of the third act is actually somewhat surprising for a Marvel film, akin to when Captain America dismantled ideas of the state and those in power at the end of Winter Solider. This theme is tied in nicely to almost every major character… except for Hulk, AKA Bruce Banner, who this time is mostly just along for the ride.

Honestly, Hulk didn’t necessarily need to be in this story… But, hey, Hulk is always a good time.

In the end, Thor: Ragnarok is a mixed bag. Not nearly the film it could have been — I mean, for chrissakes, it didn’t even put Beta Ray Bill on the silver screen — but not anywhere near the worst of the Marvel movies. Still the strain of a twenty-some-movie-long narrative is still beginning to feel blatantly apparent, and as we are whipped from Doctor Strange cameo, to alien vista, to alien vista, one must wonder how long Marvel can keep this going, and if there will ever be any narrative closure or change.

And if so, what will happen after that?

Anyways. Thor: Ragnorak: Come for the laughs, stay for the Korg.

(Cough. Cough. Include Korg in every subsequent Marvel release or I will riot).

(Also this is the first Marvel movie with a halfway decent score, courtesy of Mark Mothersbaugh. More of that please, Kevin Feige!)