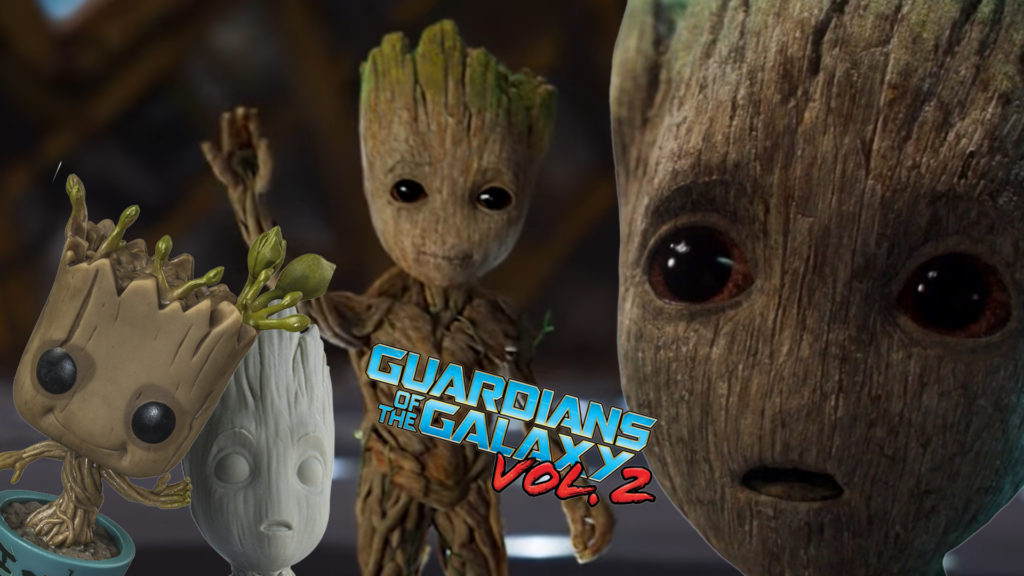 Marvel Comics is defined by 78 years worth of melodrama, wrapped in a universe textured by villains and heroes who mirror both ourselves and the realities we face. From allegories about teenage struggles to men plagued by various forms of PTSD, the company sails on the premise that Earth 616 (or whatever it’s called now) offers something for everyone.

Yet, despite this promise, the smorgasbord of ensembles housed within the outer reaches of Marvel’s Cosmic fail to capture the distinct plight of those who use culture to cope and those who weirdly blaze their own trail. Marvel has failed to capture the pathos of social misfits formed through the nightmares of saturated media and a history of embracing the esoteric.

It’s the kind of person who could only be formed by a post-70’s and 80’s media landscape. The kind that has consumed so much that nearly all of their humor derives from cultural obscurity.

Baby Groot presses the button to our hearts.

Having earned the label of being the de-facto President of Weird (thanks to film entries like Slither and Super), James Gunn returns to the superhero genre with his own brand of comedy-meets-drama-meets-action.

There’s no mystery why Vol. 2 meets every requirement in the category of unique storytelling given its profound direction; rather, what is mysterious are the ways it goes about it. What starts as near-farce thanks to characters undergoing hilarious misunderstandings as well as over the top action soon transcends this label to become an immensely emotional film that dwells on themes of family, fatherhood, and hetero-masculine relationships.

Gunn brings a technical eye to scenes that feel absurd and does so with a precision that goes unnoticed. Take, for instance, the first extended sequence of the film – a scene in which Baby Groot dances to the electro-heavy intro to Electric Light Orchestra’s Mr. Blue Sky. It’s a scene which not only mirrors its predecessor’s opening (the dancing sequence by Star Lord from the original) but builds on that idea to incorporate a technically brilliant backdrop filled with Groot’s team battling a gruesome-looking beast with tentacles and rows upon rows of sharpened teeth.

We want that damned Baby Groot. 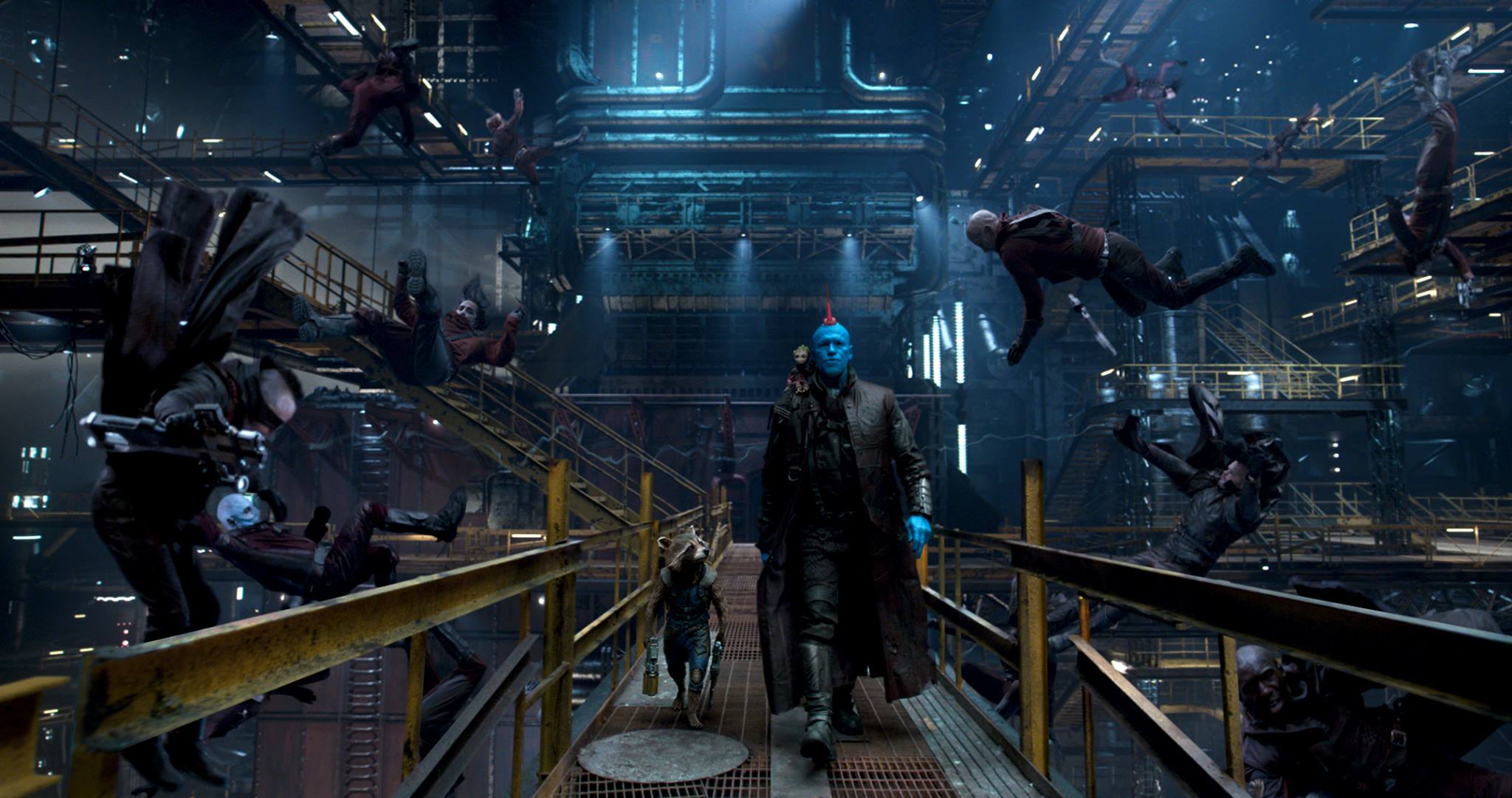 Rooker and Rocket walk amidst the chaos in the only way they know how.

It’s this illusion that keeps us fascinated by Gunn’s world. There are things happening on such a deep level that we’re fascinated by the colors which decorate them. We love the dancing and emotion and we’re lost in every scene he sells while blissfully ignoring that Vol. 2 is a refreshing take on sci-fi and a brilliant homage to Empire Strikes Back in all the best ways.

Likewise, this world brings us some incredible talent in the forms of Michael Rooker and Sylvester Stallone. I won’t spoil too much but there is an exchange between Rooker’s Yondu and Stallone’s character, an old friend, that makes Sly feel like he’s practically lived in Marvel’s universe this whole time. I know his character and his function from reading the comics but, boy howdy, this makes who he’s playing feel like the most important person we’ve ever met.

With that being said, Rooker proves he’s a master-class talent with a full range of emotion on display. We know he’s adept at playing the tough guy badas,s but what we’ve been lacking is the depth that comes with the pain of the characters he’s played.

There’s no doubt in my mind that Yondu will stand out as one of the best characters Rooker will ever play. 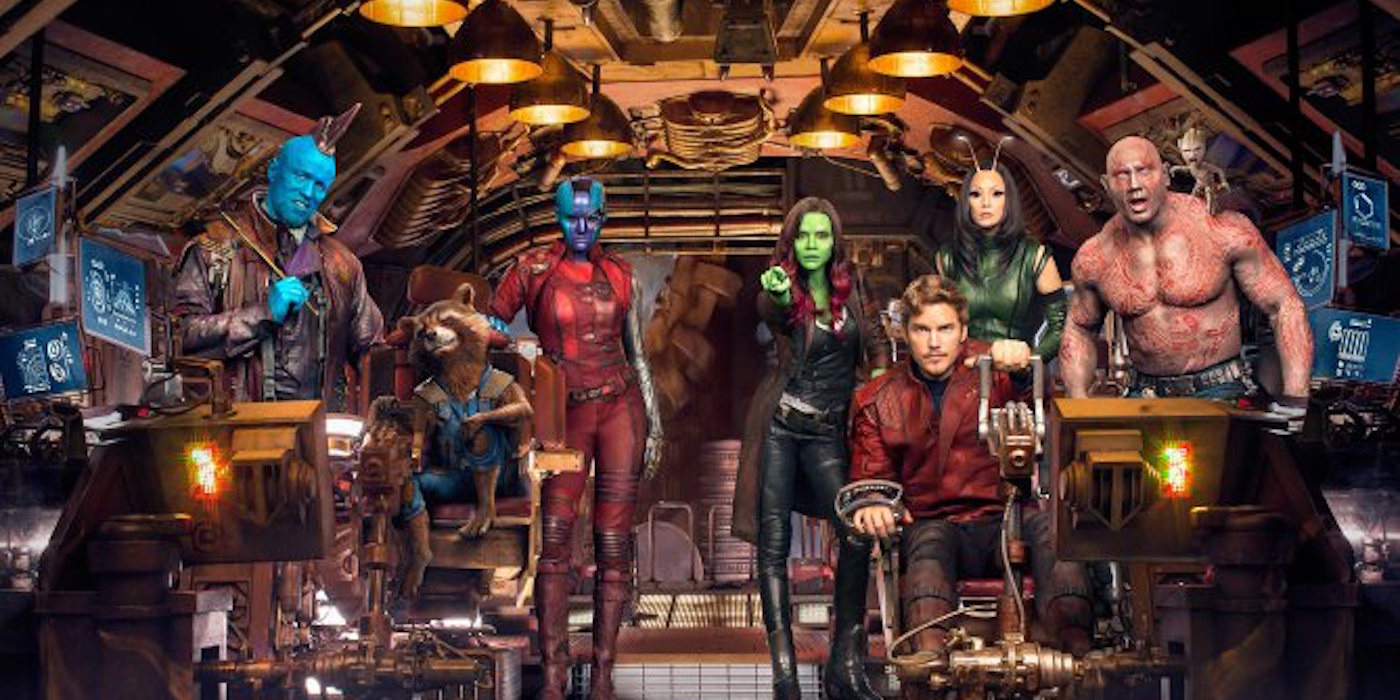 There’s far more to go on about between continued references to the best in science fiction and the way Gunn has somehow outdone the heavy lifting that Jason Aaron’s rebranding of the Guardians did years prior. He’s crafted my favorite iterations of the characters and has convinced me that near-nobody should lay a hand on the words of a talking raccoon other than he.

But let me wrap things up with this:

Where the first Guardians of the Galaxy sold us on the idea of these misfits becoming family, its sequel explores the boundaries of their care for one another. This is an exploration of how far these people will go for one another and how the key to finding each other’s core lies at the open exchange of emotion and care.

Rocket becomes the focal point in this search for pathos. He becomes more than a gimmick character to adopt a more balanced and complex portrayal as someone who feels unequipped to handle his friends’ emotions, only to realize that he’s not alone and that no one is ever ready to care about another person.

At its core, this is the story of some weird sweethearts who really get one another between their absurd jokes and cultural callbacks. The ensemble shares the kind of light-hearted wonder that’s missing from other entries into Marvel’s universe and, in doing so, proves that this is the kind of relatability that only a fellow misfit like Gunn could bring to the table.  So for all of the emotion and fun that Vol. 2 brings to weirdos who take pride in being goofy pals, we thank you James Gunn.