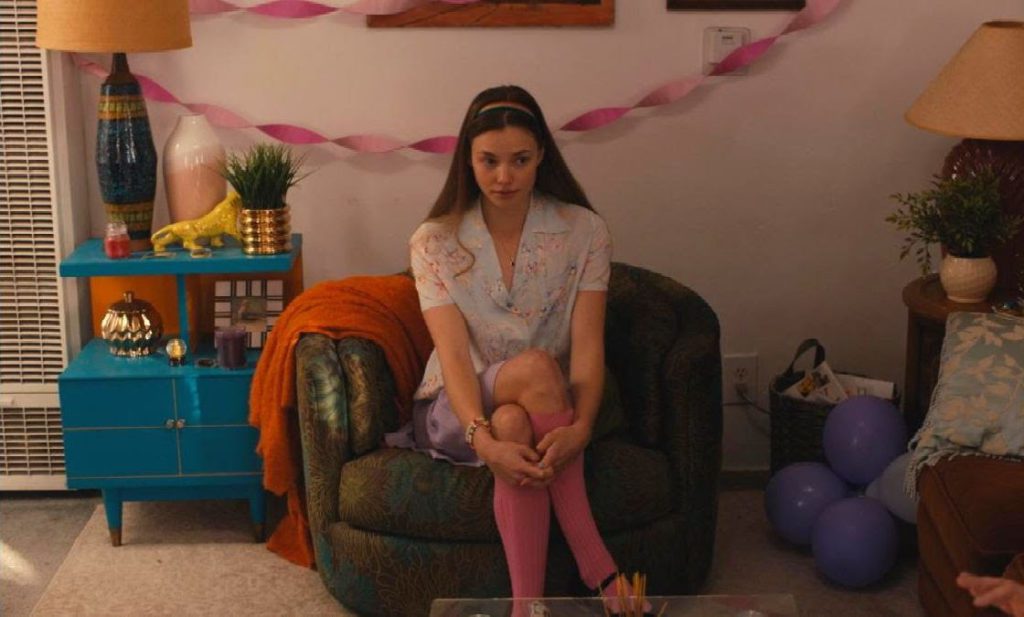 For better or worse, I can give approximate recitations of Lena Dunham’s public apologies from memory. Her quick turnaround from seemingly reflective statements is, on average, a lot quicker than other celebrity regrets (Neil Patrick Harris comes to mind, who has recently apologized for the horrifying Amy Winehouse cake only because the picture resurfaced in Twitter after eleven years), making it almost as memorable as her original offensive content. As with fictional characters, I get secondhand embarrassment witnessing Dunham’s semi-filtered oversharing, especially for an audience that hasn’t read Not That Kind of Girl (which is a novel-length preservation of Dunham’s thoughts and does not exist to excuse her white-feminist gaffes).

Consequently, Sharp Stick is divisive. The plot, in which 26-year-old babysitter Sarah Jo (Kristine Froseth) loses her virginity to her married employer Josh (Jon Bernthal), isn’t easily digestible moral fodder. But anyone familiar with Girls will know that it’s not so much the plot, but how well lived-in (read: quirky and messy) the characters are. It took Paterson for me to realize that Adam Driver is not as neurotic as his character (though I can feel that he can be). Before we begin recalling Christopher Abbott in his pre-fame era (upcoming projects include Marvel and Yorgos Lanthimos), his reprised role as Charlie in The Panic in Central Park (he left the show in season 3 as a heartbroken boy with his tail between his legs and came back as a manic man using heroin) had a sort of fleeting-lovers vibe that is admirable to capture within a half-hour episode. In Sharp Stick, Froseth plays Sarah Jo with such Lolita-meets-Little Women conviction that it’s hard to believe that Froseth steps outside of the modest-maiden dress and returns to becoming a normal human being. Josh is another Dunham-type male: some dark-seeded tantrum will eventually break through their exterior charm. For their sexual trysts, Dunham costumes a Victorian-perfume, meadow-frolicking-type montage to show the type of carnal freedom Sarah Jo feels. The vision is funky, but it’s not boring.

Sarah Jo eventually learns to believe that experience is the key to enjoyment and attempts to engage in first-time acts with strangers. At this point, the movie takes a different direction that doesn’t feel as enriching when Josh is absent from the screen (though the male enrapture is then focused on Vance Leroy, a porn star with a penchant for complimenting his co-stars). Still, amusing conversational offerings from Sarah Jo’s mother Marilyn (Jennifer Jason Leigh) and her adopted sister Treina (Taylour Paige) give a reprieve from Sarah Jo’s sexual checklist. Additionally, Sarah Jo’s initial interest in sex is attributed to her hysterectomy at a young age (a procedure that Dunham personally underwent), which is a large determinant in her sexual agency and self-worth. Sharp Stick is a little bit of Shiva Baby and a little of The To-Do List, but the characters are uniquely creations of a woman well-lived in her writing comfort zone.

In comparing other Sarah Jo characters or Sarah Jo/Josh situations, Sharp Stick doesn’t share anything extraordinarily memorable. However, the quips are still enjoyable (“Is it antihistamine hour?” Marilyn coos before taking a sip of white wine in bed) and the film isn’t not fun (which is what I said similarly about Michael Bay’s Ambulance, so take these director-genre reviews as you will). I was able to enjoy Girls by pretending to watch a scripted reality show about white privileged millennials in New York. Sharp Stick might be a step removed from the usual and yet a step closer to Dunham’s own personal takings, but really, does she have anything to prove to us? Trying to guess would only be a narcissistic assumption.