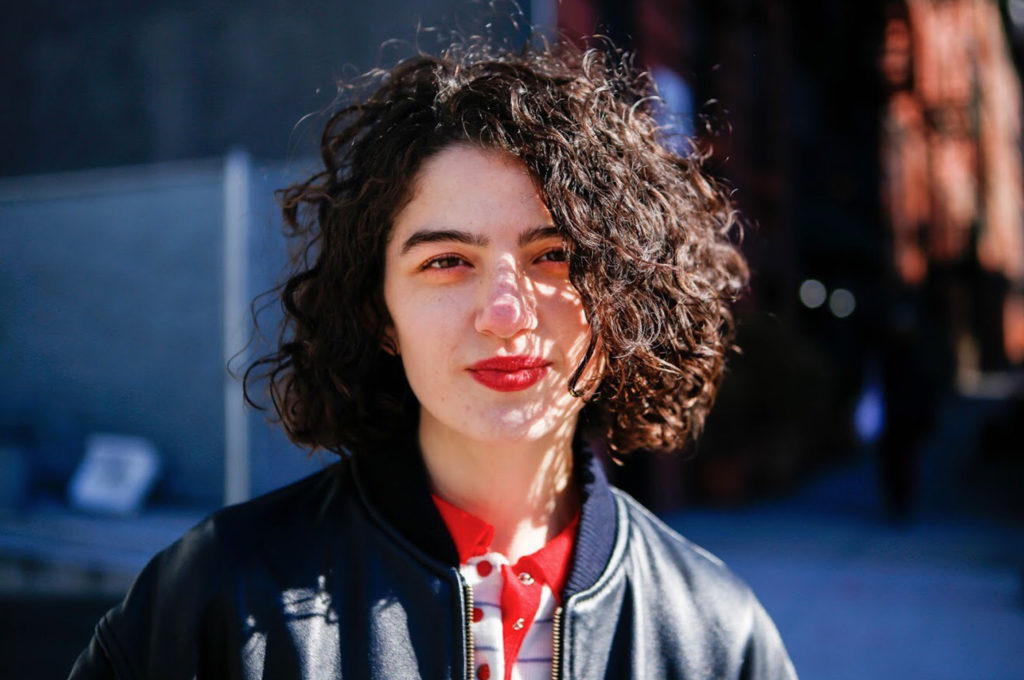 As NewFest wrapped up, I spoke with Shiva Baby director Emma Seligman about embarrassing shiva moments, film financing, and one unhappy baby.

BOSTON HASSLE: How did the original short inform the feature length version of Shiva Baby? What did you take from the short that you knew needed to be in the feature version?

EMMA SELIGMAN: I think what’s great about the short is when you make something with your collaborators, then show it to your friends and family, you get to see what lands and what people take away from it, things you didn’t even consider. I tried to keep the same kernel of what’s going on in Danielle’s day, why this day is so important. I guess in the short she doesn’t have the full mental breakdown, but the biggest realization she’s having is that her self-worth is based around her sexual power. In a day, she’s realizing that’s not as powerful as she thinks it is. That’s what the short is really about underneath it all, and I took that and ran with it for the feature.

There were elements of the short I didn’t realize people would connect with, like the mother-daughter relationship. I find my relationship with my mom really dynamic. I think Jewish mothers can be portrayed as one-note, but my mom is very loving, even with the nagging. I was excited to dig more into that. The parents are fun characters and people wanted to know what would happen with them. I wanted to answer some questions for the audience.

BH: What you said about her use of her sexual power is very interesting, could you talk a little more about that?

ES: Unfortunately, I feel like it’s pretty universal – a lot of young women, young people, not having self-worth beyond sexual validation. I think it’s something that hindered my self-acceptance in college, since it’s something I focused a lot of energy on. I think Rachel was really interested in exploring in each scene where her power lies. We were interested to see what happens when she acts on that power or when she loses it. Many women feel like they shift back and forth on that power dynamic.

BH: What do you think was the biggest challenge of making a film that takes place in one house that forces the characters to navigate big crowds? How did that work?

ES: Other than the financing, which I think is the biggest challenge for every first film, the hardest thing was probably continuity. It all takes place in a day and we had to work around our actors’ schedules. We made it in 16 days and we only had two days when we had the entire principle six-person cast together at the same time. We tried to have the same extras when we knew we’d have scenes in the same room or scenes one after another. It was a lot of collaboration between me and our incredible assistant director Gerardo and our cinematographer Maria . We had to nail down every shot, angling things so we didn’t need to see the room behind them which would require more extras. A lot of coordination and scheduling with the actors. It was like a game of Tetris. We had to make it work.

But also, we had a screaming baby. That was almost impossible to figure out. I had to write a lot of scenes to accommodate the screaming.

BH: Yeah, that baby was really freaking out.

ES: Yeah, the baby was like “Where is my mom??” As soon as we took him from his mother’s arms, he was freaking out. It was pretty simple in that regard at least.

BH: Did you encourage improvisation to add to this chaos, or was the schedule too tight to allow for that?

ES: We didn’t have room for full improvisation but I would say every actor with the exception of Fred Melamed (who sticks to the script word for word) had some ad-libs. Polly Draper ad-libbed a ton and she dipped the most into improv, because she would end up extending the scenes. Her and Debbie Offner, who played her friend, were best friends in real life, which I didn’t know when I cast them. They often were driven to set together. They’d come up to me and say “we’ve prepared a scene.” Sometimes it got frustrating, but by the time I was editing I was so glad they had done that, because it was so much fun putting the scenes together. Rachel is a comedian, so that’s her style too. Molly Gordon is one of those actors who never delivers a line the same way twice.

BH: What is the most stressful thing that’s happened to you at a shiva?

ES: I was at my mom’s best friend’s mother’s shiva with my dad, and a middle-aged guy asked me how much I weighed. I snapped back at him but my dad gave a sort of half-assed defense and we got into the biggest fight ever. I was considering putting it in the movie, but it was almost too big and would have defined the rest of the day. But there’s a lot of asking about weight and talking about weight at these events in general, and obviously that’s in the film. I put in other stressful things from events that weren’t necessarily shivas.

BH: Do you have one piece of advice for first-time filmmakers you wish you had known at the start?

ES: Hopefully I don’t need to do this going forward, but you have to be totally shameless in fundraising. You need to ask everybody in your life, and your producers’ lives, and your lead actors’ lives. Don’t leave any stone unturned. Go back to people even if they’ve said no, because some people just don’t want to be the first person to donate. Most of our budget was raised by people who’d never invested in film before. We tried so many other ways, like applying for grants, and we got some great advice out of that, but I should have reached out to people more seriously early on.

BH: I read a book about early independent film saying that a lot of filmmakers raised money by asking dentists.

ES: That’s like a film professor’s favorite thing to say, so I’m really glad to know that’s in a book somewhere. I’ve heard that so many times from professors.

Shiva Baby will hopefully be available to stream soon!