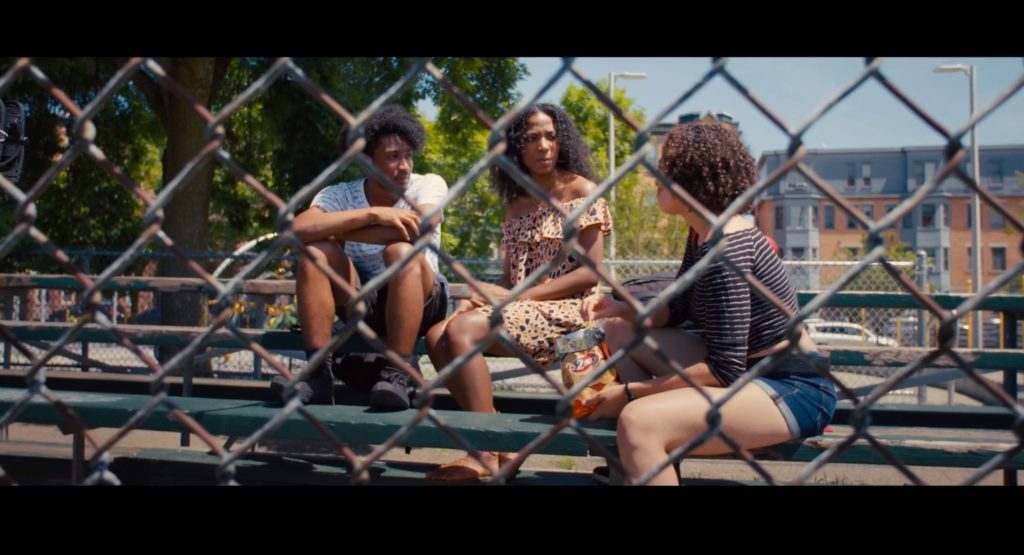 As local cinephiles will recall, the last installment of the Roxbury International Film Festival took place late last year, in October of 2020. In realistic terms, this places the event just eight short months ago, yet in many ways it feels like an entirely different era. In the time since those uncertain days, we’ve seen both a fearsome second wave of the virus that forced a year’s worth of film festivals to the streaming realm, and the release of a vaccine which– knock on wood— seems to be putting us on the road to some semblance of normalcy.

It feels appropriate that the Roxbury International Film Festival (or RoxFilm) should be the event that bridges these two eras. As one of the Boston area’s most diverse and vital yearly film festivals, RoxFilm is devoted to amplifying underrepresented voices and bringing them to underserved communities. This year’s installment is being billed as a “hybrid festival,” with both in-person and streaming events to accommodate all comfort levels. In the lead-up to this year’s festival, we spoke to RoxFilm artistic director Lisa Simmons on both the challenges and the unique opportunities of navigating these ever-changing times. (This interview has been lightly edited for flow and clarity).

BOSTON HASSLE: The last time we spoke, you were in the process of putting together the 2020 festival, which of course was all virtual. Speaking from the other side of it, what was that experience like?

LISA SIMMONS: Wow, on the other side of it! You know, it was difficult in the sense that there’s so much more prep work that needs to be done, as far as Q&A events and making sure all the filmmakers are scheduled. And we had to do it really quickly. We were really thinking that we were going to be able to be in person in at least September, and when we realized that wasn’t going to happen, we had to make that decision right away to still hold the festival, and then have it in October. There were just a lot of moving parts. But in the long run, in hindsight, I feel like there are some good things that came out of that. We did live Q&As after every suggested screening time. Even though people had access to for 48 hours, we suggested that they watch it at the time that it was originally scheduled, so that they would be there for the live Q&A with the filmmakers. And 99% of the filmmakers were able to come and represent their film, and talk about their film, and meet other filmmakers, because it was on Zoom. And it was great. Someone came in from Egypt, and from Italy. It was great! That part of it was really exciting, that we were able to really still build community, although we weren’t together– and maybe a larger community, because people could connect on Zoom.

BH: This year’s festival is being billed as a physical-virtual hybrid. What can people expect from the experience this time around?

LS: This time around, the majority of the festival is online, because we’re in that weird space between open and closed. We had to really make our decisions before– like, “Yeah! It’s a free-for-all!” But even so, people still aren’t really comfortable going inside, I don’t believe, and we wanted to be able to give people the opportunity to make that decision on their own. Our venue is the Museum of Fine Arts, and it was the same thing. “Are people going to come inside? Are people going to be interested in coming inside?” So we just decided that we would test it. We would do the opening and closing films in person, if you wanted to come, but if not you can purchase your tickets for the online screening. 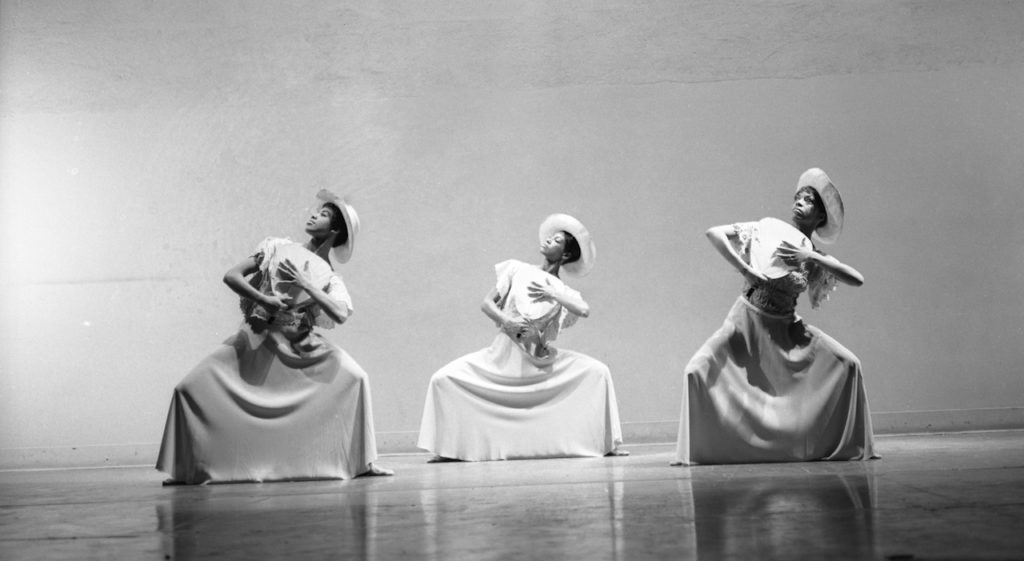 BH: I know that last year the deadline was in the spring, as all of this was sort of…

BH: Exactly! So I’m curious if the events of the past year– in the many ways that that can mean– I wonder if that can be seen, either in the films themselves, or in the programming choices?

LS: We make our programming choices based on the level of films that come in. That’s the first round of attack: “Wow, we love this film! We want it in the festival!” And then we go through the curation part of the festival, which doesn’t always match up with “We love your film.” So there were some themes that emerged– a lot of films about women and girls, which is great. Coming-of-age films, which is interesting. We have a whole section on trials and tribulations that focuses on Black men in America, in all different spaces, whether it’s police, whether it’s family– the conversations that are going on in the lives of Black men. People always ask, “Are there a lot of Black Lives Matter films? Are there a lot of George Floyd-type films?” And there were a few, but I think that we’re still early. I think that filmmakers are still putting together their pieces, and I think we’ll see a lot of that next year, or in upcoming festivals that are happening maybe in the fall. And the same with COVID films. I think that people are still gathering their footage and editing, and I think we’ll be seeing a lot of that in the next year.

BH: I know this is one of those impossible questions, but I have to ask: What are some of the things that you’re excited to share with audiences this year?

LS: Well, the Daily Reads program was really successful last year. It’s another sort of look at film, and working in film– that is, local screenwriters having their scripts read by local, professional actors in a live setting on Zoom. It’s just such a service for filmmakers, and I think it’s a really important service, and also we get to then employ actors as well. So it’s a win-win. It’s a really cool stage reading kind of thing. I’m excited about the scripts that we have that are going to be read.

So I’m excited about that. I’m excited about our panel discussions. We have some really cool films that are putting forth the opportunity to have conversations. One of them is about James Hemings, who was the cook in Thomas Jefferson’s kitchen. It’s called James Hemings: Ghost in America’s Kitchen. He is credited with all of our basic, American food, like macaroni and cheese and things like that, and people don’t know about him. It’s this unknown story about this man who really impacted the food world. With that, we’re having a conversation with local Black chefs, and chefs from across the country, to talk about what it’s like to be a Black chef in America, and America’s kitchens. I’m excited about that.

I’m excited about an animation panel we’re doing— collaborating with the Comics in Color Festival, with Cagen Luse who’s going to be moderating– about animation in film and in print, and how Black people use animation as a way to tell stories. We’re doing a great panel with BIPOC women independent filmmakers, on how they navigate the independent film world, and what’s different for them than for other people, and their journeys, which I think will be really great. And then we’re doing a panel with Gil Robertson, who runs an organization called the African American Film Critics’ Association, to talk about why he felt he needed to create this organization, and looking at Black critics and Black journalists trying to build up that field, and get people more into that field, and why that’s important. 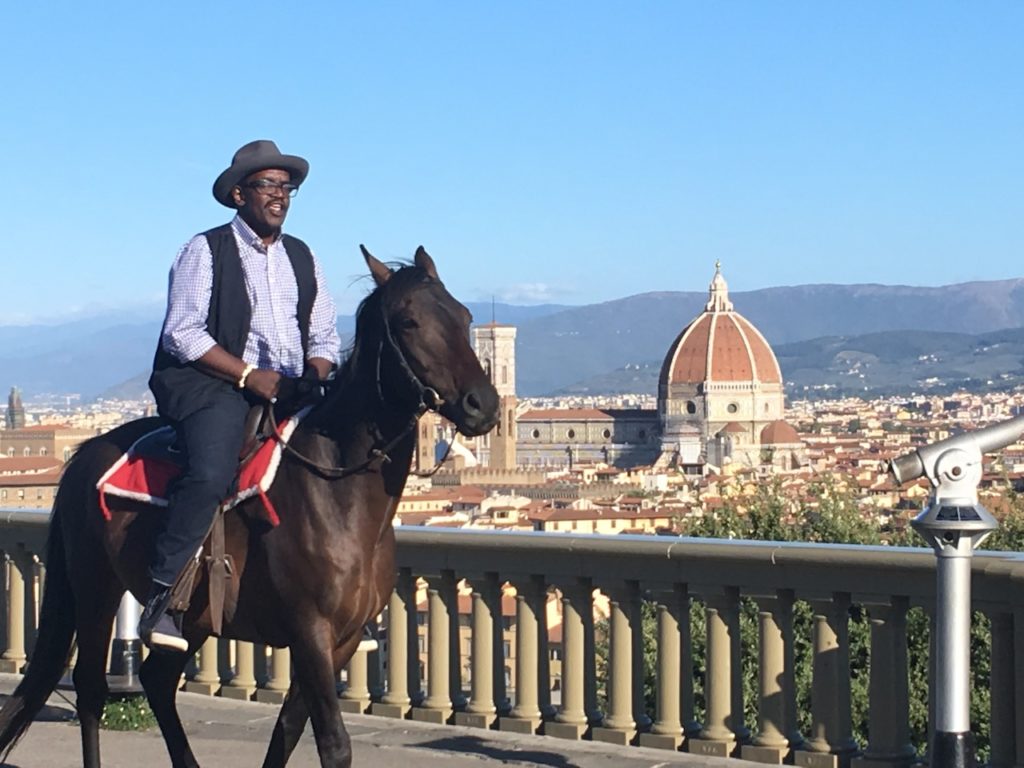 And these are panels in addition to the incredible films that we have. We have like 80– aah! Oh my god! Which is crazy, because all of us were like, “Didn’t we just do this? It feels like we just did this.” And we’re like, “Oh my god, we did! We just did it in October. Are we nuts?” But people rose to the challenge and sent in their films, and we rose to the challenge and programmed another great festival. We’re psyched that we’re showing the Alvin Ailey film , which was at Sundance– that’s going to be our closing night film. We’re excited about bringing Jingle Jangle, which was a Hollywood holiday film last year– an all-Black holiday film with Forest Whitaker– as an outdoor screening, for a little Christmas in June. And a really great gospel soul film , and some really great shorts and conversations. There’s a whole block of films about local Roxbury life. There’s something for everyone.

Oh, the other thing that we’re excited for is that Fab 5 Freddy has a film in the festival, and we’re going to be doing a conversation with him! It’s called Fresh Guide to Florence. He talks about renaissance paintings, and how Black people, Africans particularly, were portrayed in renaissance art. It’s very cool.

BH: If all goes well, this time next year we’ll be back to in-person film festivals, but I’m curious if you think that any of the elements that we’ve picked up in the virtual festival cycle will continue forward, either for your festival or for festivals in general?

LS: I think for us, what we found, as I said before, is that these Q&As, and these conversations, and these panel discussions, and the daily reads will be something that we’ll be using that opportunity to have more interaction and more accessibility for people to participate, and for audience members to participate. So I think that will happen. I think the nature of streaming films once we go back inside is going to change, as far as the filmmakers’ perspective, and making sure that you can geoblock. I think that’s going to be part of how, if we decide to screen films streaming and in person at the same time, that will have a lot to do with it– what that will look like for filmmakers going forward, and what the industry’s going to require, as far as using platforms that can just geoblock for a particular city. That will definitely have something to do with what we decide for our films. But I think as far as Q&As, panel discussions, the daily read kind of things– I think we’ll continue to keep those online.

The Roxbury International Film Festival runs online and at the Museum of Fine Arts from Thursday, 6/17 through Saturday, 6/26– click here for schedule and ticket info!