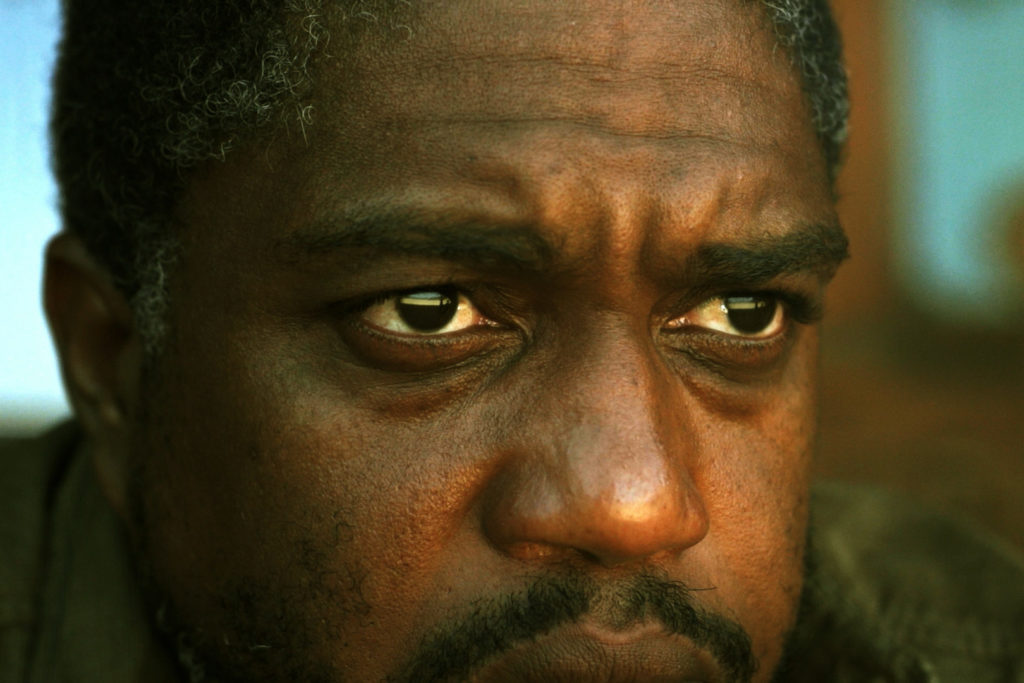 Like most other things in America, film festival season looks a little different this year. In the midst of a global pandemic that leaves physical screenings hazardous or impossible, festival directors have been forced to either adapt to the times or cancel until next year. Thankfully, the Roxbury International Film Festival has chosen the former, following the lead of the Fantasia International Film Festival and the New York Film Festival and pivoting to an all-virtual model. In doing so, the festival will continue a 22-year streak of showcasing work by filmmakers of color, spanning from our own backyard to the far reaches of the globe. In advance of this year’s festival, which commences on Wednesday, we spoke to festival director Lisa Simmons about the decision to go virtual, the importance of highlighting underrepresented voices, and the future of cinematic exhibition.

BOSTON HASSLE: For the unfamiliar, what is the mission of the Roxbury International Film Festival?

LISA SIMMONS: The mission of the Roxbury International Film Festival is to celebrate people of color around the world. The festival started 22 years ago. It basically started in the beginning because we were talking with filmmakers who weren’t getting into other festivals, and we couldn’t understand why. These were Roxbury filmmakers, and we wanted to create an opportunity for them to share their vision and their voice with a wider audience. It started out very local, and then we realized that we were getting more and more international types of films. And we understood that what we really were doing was providing this opportunity for networking and convening, and bringing together all these voices that were making films outside of the Hollywood system, and that were a much more diverse array of films of the African American experience. And the experience not only of African Americans, but of people of color around the world. So our mission is, and simply continues to be, to screen films that celebrate and present more diverse images of people of color around the world.

BH: Like a lot of other film festivals, you’ve had to adapt to the current way of things. What was the process like, pivoting to a more virtual online festival?

LS: I think it’s the same with everyone, all of us. With Asian American , and even TIFF. It’s not easy, but you come to a point where you realize that that’s the way you’re gonna go. That you are dedicated to sharing these voices, to sharing these visions of filmmakers with the world. And you need to figure out how to do that. We didn’t want to wait another year, and cancel, and have all of these filmmakers who created this beautiful work not get the opportunity to be screened. So we made the decision. Originally, we thought, “Okay, at least we can go hybrid. If we move our festival from June to October, then at least we’ll get the opportunity to have some indoor screenings.” And, well, as we know, that’s not the case. Back in mid-August, we made the decision just to go completely virtual. And yeah, I mean, it takes some time. It takes some time to figure out what that platform’s going to be, and how you’re going to present that film, and talking with the filmmakers to make sure that we’re presenting it in the best possible way that we can, and that we’re giving audiences enough time to understand how they’re going to be viewing this festival differently this year.

BH: Have the events of the year affected the films screening at the festival, both in terms of the films themselves and the programming?

LS: We locked our festival in May. Actually, we locked our festival in April, the way we always do. When this happened, we were still planning on having our festival in June. And we wanted to assure the filmmakers that we were honoring their submissions, and the timeframe within we were going to make decisions on those submissions. So we locked our schedule in April, give or take a couple of films, in anticipation of a June screening. And when that happened, we made very few changes. We maybe picked up one more film that came in during that time period, but we wanted to make sure that we were honoring the timeframe that everyone else put in to send in their films at a certain point in time. We just moved the festival, but as far as the acceptance and the film slate, that was decided back in April and May of this year.

BH: What are some of the titles that you’re excited to bring to people, just to give readers a taste?

LS: Oh my gosh! That is so hard for a festival producer and artistic director, because they’re all my babies! They’re our babies! You know, I think I’m really excited about some of our new programming. We’re doing this whole thing around supporting local writers and local actors with a daily read program, which has local screenwriters doing works in progress, and local actors reading from them every single lunch hour. It’s like, “Spend your lunch hour with us!” That’s a program that we put into effect because we wanted– if we had this opportunity to be virtual, and add some space, we thought was a perfect opportunity to do that for our local folks.

One of the films that we’re screening on opening night– well, we’re screening The Sit-In, which is a great film with Harry Belafonte, but there’s another film. We collaborate with a lot of other festivals, and one of those festivals is the Boston Sci-Fi Festival, which we picked up this film, A Knight’s Tour. It’s just a great story. It’s a beautiful two-actor film that’s just so important for the times we’re in now, and beautifully shot. We’re excited about that. We pride ourselves also in our shorts programs, and the way that we curate our shorts programs around themes. If you look at the website, you’ll look at the schedule and you’ll see, I think there are five shorts programs that are all really impactful, and that really need to be watched in their entirety from beginning to end, because they all tell a similar story. That’s an important part of shorts programs: if they’re curated properly, you’re coming out of there with an appreciation or an understanding of a certain thematic process that we’ve gone through to put the programs together. So that’s always one of our favorite things to do, and to bring forward. We’re closing with a local filmmaker, and with that a performance by a group in Boston called Castle of Our Skins, which is a great classical company that brings classical music to inner city kids, with Ashleigh Gordon. So we’re excited about that. We’re always excited about bringing different elements, not just film screenings. There’s going to be live Q&As after every screening block, because we think that’s important. We wanted to give the festival a festival feel, so there will be filmmakers in every block talking about their films. We really want people to participate in that. If you buy an individual ticket, you’ll have that whole day to watch that particular film, and then join us when that Q&A happens. And the other thing that we’re doing is we’re having the big dance party on Friday evening on October 2nd, to follow a film called The Debauchery Ball, which is about house music in the ‘70s. Those are some of the elements that we’re really excited about.

BH: Finally, I’m curious if you have any thoughts about what the future might hold, both for the Roxbury International Film Festival and for film festivals in general.

LS: I mean, of course, for all of us who run film festivals, the best part of it is the whole convening, and the congenial atmosphere, and the discovering of new talent, and being in the same space, and watching the film together, and having those reactions together. That is greatly, greatly missed during COVID, and we are all desperately trying to find that way to provide you with that virtually. And you can do that to some extent, but obviously it can’t be done in the way that it used to be done. But we’ll continue to move forward until we’re back in theaters again, and I think that everyone who patronizes film festivals, and who runs film festivals, understands this, but also understands the importance of being able to bring these films to a wider audience. And I think that sponsors understand that, people who support financially independent film festivals understand that, and I feel like people are coming along on this journey with us. And I don’t know this for sure, but I do know that film festivals that we work with in Boston and that we collaborate with are moving forward, because they understand how important it is to get these voices out there, and give filmmakers the opportunity to screen their films. I think the future is– we’re gonna get back indoors, but this might also be an opportunity for us to be thinking about, maybe there are some things that we can do virtually, and maybe it’s those Q&As and Skypes. Screen a short film! Do a conversation, so that it can go out to a wider audience that wouldn’t necessarily be able to make it into a physical space. So there are different ways for us now to think about how film festivals can be even more impactful for audiences around the world.