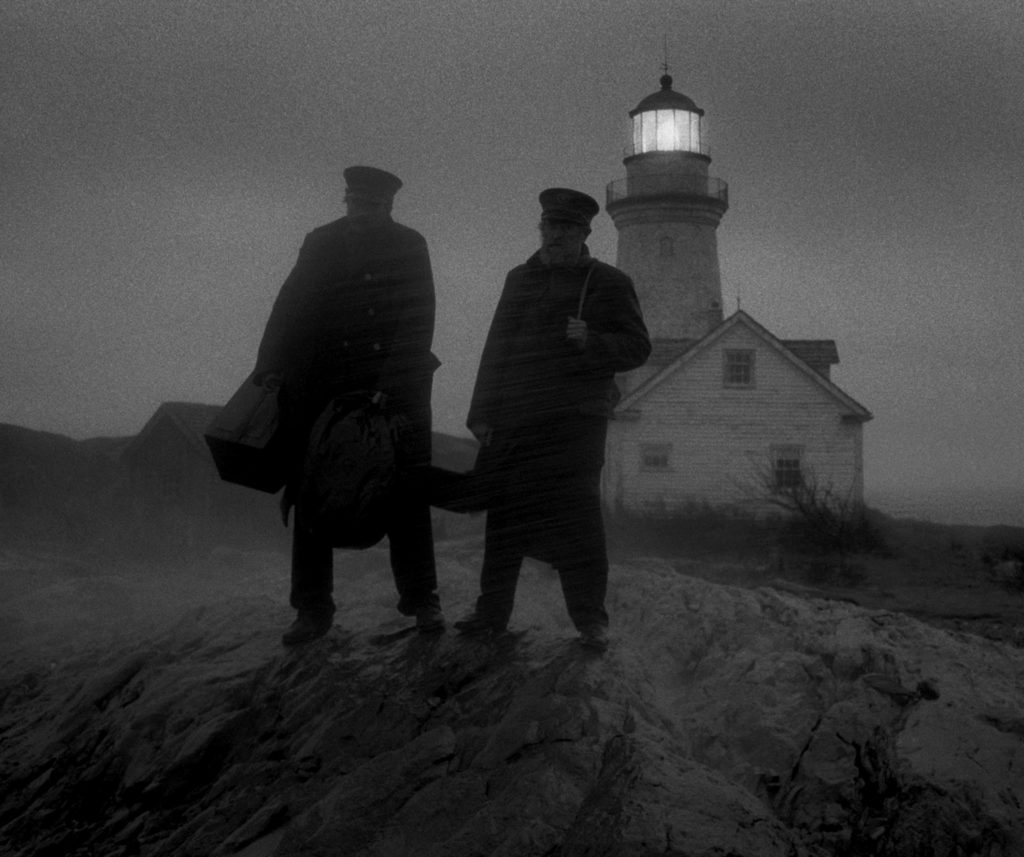 No one working in cinema today does New England dread quite like Robert Eggers. The New Hampshire native’s first movie, 2015’s modern horror classic The Witch, is perhaps the most painstakingly realized film ever made about colonial Massachusetts, with all the austerity, religious hysteria, and demon goats that implies. For his follow-up, The Lighthouse, Eggers moves to the coast, locking Willem Dafoe and Robert Pattinson in a desolate lighthouse for a grueling, deliriously funny two hours (read our review here!). On the eve of the film’s Boston premiere, we had the chance to talk to Eggers about The Lighthouse, the ghosts of New England, and the art that inspired him.

BOSTON HASSLE: So how did this project come about?

ROBERT EGGERS: So, once upon a time, I was trying to get a movie in early modern English, about a bunch of pilgrims praying in the woods, financed, and no one wanted to make it. I was in my third year of no one wanting to make it. And my brother and I were hanging out, and he said that he was working on a screenplay that was a ghost ghost story in a lighthouse, and I was very depressed and jealous, because I thought that was a really good idea. And a couple months later, he said that it wasn’t going very well. And I asked if I could take a crack at it, because when he said “ghost story in a lighthouse,” I pictured black and white, crusty, dusty, rusty, musty atmosphere– the stump with the clay pipe, and the whole thing. And I really wanted to explore that world, and so I was trying to find a story that would match a spooky, atmospheric, black and white lighthouse movie– whatever that is. And then The Witch got financed, but preceding The Witch, I was trying to pursue some larger things. But I thought that I should have something smaller in my back pocket. So I called my brother and said, “Let’s do The Lighthouse together.” So we wrote this thing, and strangely, the weirdest, most uncommercial thing on my slate was the thing that got greenlit.

BH: In both The Lighthouse and The Witch, there’s a title card at the end that says that a lot of the dialogue is adapted from period sources. Can you talk a little bit about some of the sources used for The Lighthouse, and how you went about finding them?

RE: Of course. Yeah. The Witch, I don’t know if I entirely agree with the conceit, but the conceit at the time was that I really needed to be using these Puritans’ words to sort of honor them, or something. There’s a lot of intact sentences from people’s journals and court records and things– that was very deliberate with The Witch. In The Lighthouse, there’s not a lot of intact sentences. My brother and I were much more writing the dialogue. There’s a couple of intact sentences. Because it’s this period, and it’s nautical, and it’s New England, Melville is the first person you’re going to turn to. We jumped across the pond and checked out Coleridge and Stephenson and other usual suspects. We looked at lighthouse keepers’ journals, and interviews with lumberjacks, and all kinds of stuff. The most helpful source became the work of the writer from the good old state of Maine, Sarah Orne Jewett, who was writing in this period. She was interviewing sea captains and sailors and farmers, and writing her Maine stories in phonetic dialect. So that was like a jackpot. And then my wife came across a thesis on dialect and Sarah Orne Jewett by a woman named Evelyn Starr Cutler, and she broke down the different dialects and provided rules, so that we were able to double check that what we were doing worked. 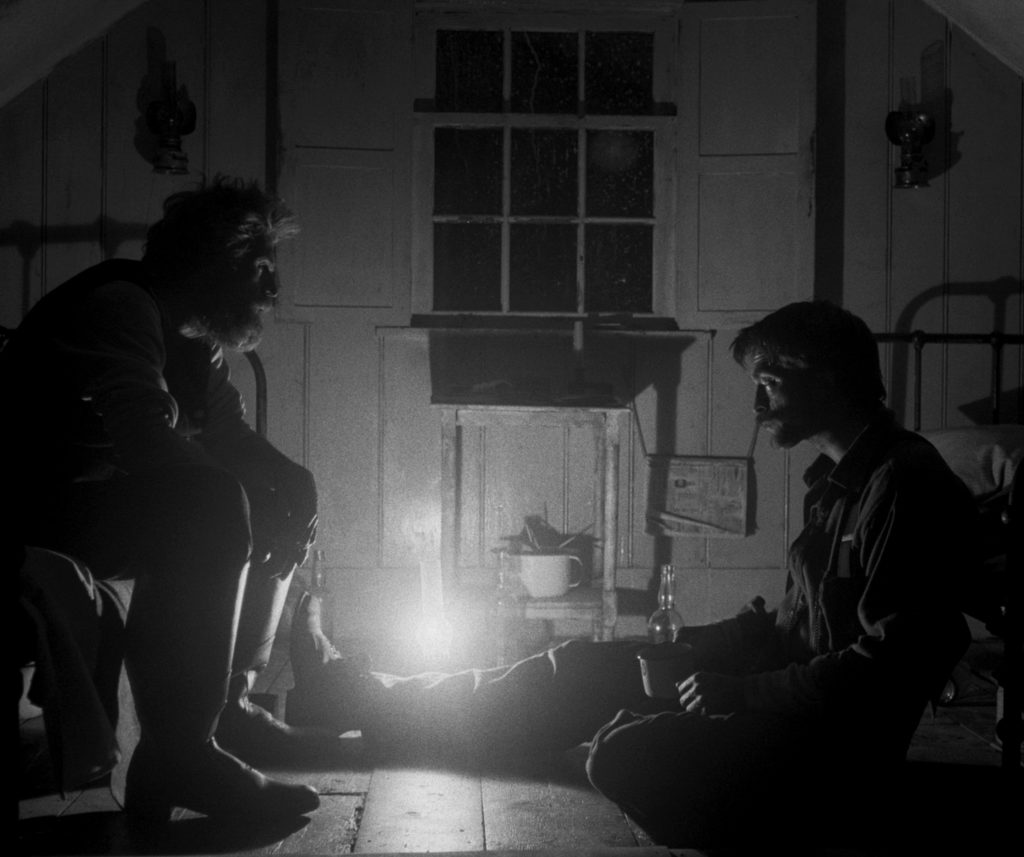 RE: Well, Virginia aside, New England is where the European white Protestant culture has been around for the longest, so we can therefore have some white European Protestant ghosts around! [laughs] And, I mean, I grew up in a clapboard house in the middle of the woods, and my grandpa lived in a house from the 1740s. You’re around creepy stone walls, it’s just– it’s everywhere. I mean, Paul Revere’s house looks pretty creepy!

BH: The Lighthouse has a very specific aesthetic that seems to owe a lot to the silent era, or the early talkie era, or even maybe pre-cinematic sources. Were there any specific inspirations you had for the aesthetic and the whole look of thing?

RE: I mean, too many to name. The lighting approach is actually quite contemporary– there are some scenes with a little bit of three point lighting, but the main thing is we’re using the practical fixtures as the light source, which in these old movies wouldn’t have been the case. But obviously, yes, the aspect ratio and using an orthochromatic filter, of course we are referencing early cinema. You know, some stuff off the beaten track that is quite related to this are the nautical films of Jean Epstein and Jean Grémillon that were photographed in Brittany. Robert Flaherty’s Man of Aran, no doubt– those storms make our storm look quite sad in comparison [laughs] 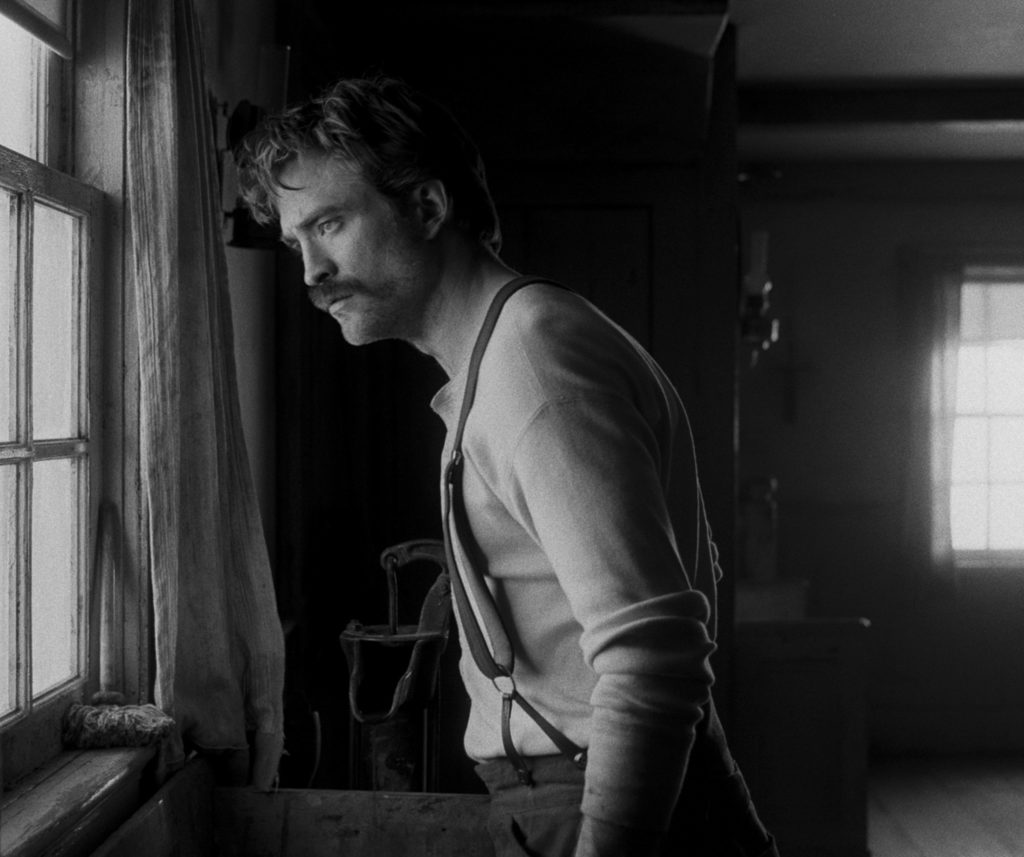 BH: One of the things that really surprised me about The Lighthouse, especially coming out of The Witch, is how funny it is. Obviously there’s some humor in The Witch as well but this one especially. Was that something that it was sort of built into the project from the outset, or was it something that sort of developed over the writing process or the shooting process?

RE: I mean, aside from the twins, The Witch is pretty humorless, actually, and self-serious, and I think it needs to be to work, but it also kind of feels a little film student-y to me, how serious it takes itself. And so if I was going to explore misery again, I wanted to be able to laugh in the face of misery. Because misery is funny! You know, Werner Herzog’s whole speech about misery in the rainforest in Burden of Dreams. Like, it’s funny. You know? So there. And it was there was there from the beginning. The farts were developed in the first week of thinking about the movie, many, many, many years ago. I was afraid the movie was going to be too funny, actually, when we were shooting it. Like, it’s not a surprise that Willem Dafoe is funny, and I think people who follow Robert Pattinson closely know that he has a very twisted, dry sense of humor. In press settings, he just makes up fictitious, elaborate stories to entertain himself. But he’s also a very good physical comedian, and there’s some things that he does in the movie that are slightly Buster Keaton-esque, but there are alternate takes where he’s doing silent film, Keystone Cops [style] splits and stuff. But we found a tone that I felt was the right amount of funny in post.

BH: Obviously the story is about the grueling conditions in this lighthouse. Was that at all mirrored in the production of the film? Were you actually as remote as it felt?

RE: I mean, we had to have road access to the location in order to make a movie, but the exterior location was a very remote fishing village on the southern tip of Nova Scotia. And we chose the peninsula, that we made look like an island, because it had the most punishing weather we could find. And really, the shoot was very tough– and I’m not complaining, but I’ve never been felt more cold in my life, and you cannot move quickly and efficiently in gale force winds and torrential downpour on a rock in the Atlantic Ocean. You can’t do it. And the scene work with actors was incredibly intense, so there wasn’t a lot of, like, palling around. There was a lot of high tension.

BH: Was it an actual lighthouse that you found, or was it built for the film?

RE: We tried to find a lighthouse, because it was an expensive black and white movie and I needed to be responsible, but we built every building and the movie, including the 70-foot working lighthouse tower. Which is also how I would have wanted to have done it from the beginning anyway, because when you build everything you have control, control, control, control control.

BH: Everything in The Witch was built with period-appropriate tools. Was that the case here as well?

RE: Yeah. I mean, we didn’t have to do that as much, because in the 19th century clapboards were milled, and they weren’t hand-hewed. So we could just get used clapboards from a house, they’re tearing down, and they would be right anyway. We did not build the lighthouse out of brick. But other than that– to do something like this in 1890 doesn’t require the same kind of heroic feats as it does for something in 1630, where everything is made by hand. There were factories making captains chairs in the 1890s, there’s cast iron being made at a massive scale the way we use plastic now. So it’s not like– to answer your question, yes, but it’s not as heroic as it would be with The Witch.

BH: So I guess that’s about all I have. It’s actually funny– I don’t know if you knew, but they’re also showing The Witch this month at the Museum of Fine Arts. They’re doing an exhibit of Hyman Bloom, the painter, and showing films related to his work.

RE: Hyman Bloom is a major influence on me. I knew him before he died. I went to his funeral. My dad taught as a Shakespeare professor at the University of New Hampshire, and Hyman Bloom had a retrospective there, and I went to it and was completely stunned by giant charcoal drawings of, like, demons on astral planes and stuff. And my parents got along with him and he became sort of a guy that would come over to her house occasionally for dinner parties. I at that time wanted to be a visual artist and was really into comic books, and he one time brought me a book of Dürer engravings, and another book of Northern European engravings by Martin Schongauer and other miscellaneous German types, and he said, “If you can draw these, you can draw anything.” And that’s when I became a snob. [laughs] I threw my comic books in the garbage can. So that’s so cool! I didn’t know that.