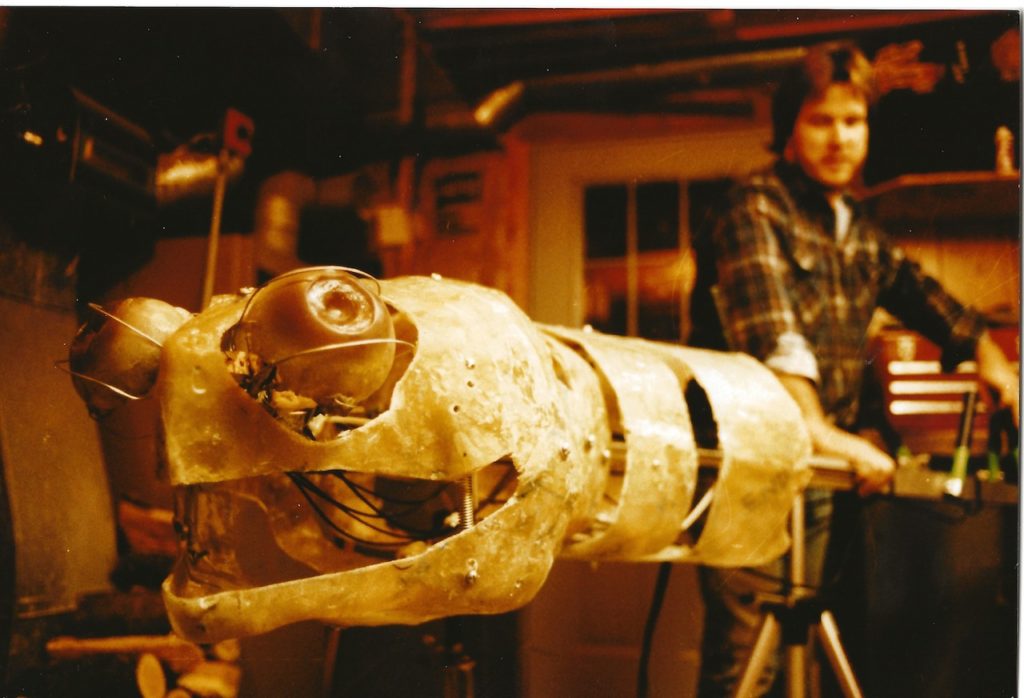 The history of cinema is filled with triumphant tales of Little Movies That Could– independent filmmakers who rallied their friends and rose above their limited means to triumph on the film festival circuit and beyond. But for every Evil Dead or El Mariachi, there are hundreds– perhaps thousands– of unfinished films sitting in their directors’ garages, perhaps dusted off occasionally to screen for friends, but otherwise unseen by the world at large. Such is the case of Snapper, the partially-completed monster-turtle epic shot in Worcester by best friends Mike Savino and Mark Veau. Like so many other would-be auteurs, Savino and Veau never quite managed to complete their opus, and their footage has gone unseen for over 30 years– until now.

This Friday sees the virtual debut of Snapper, the new short film by filmmaker, Stephen King scholar, and erstwhile cryptid John Campopiano. Through interviews with the filmmakers and a treasure trove of priceless behind-the-scenes footage, Campopiano shines a light on this long-lost slice of regional horror, and casts a loving eye toward the trials and tribulations of shoestring moviemaking. In advance of the film’s virtual opening via the (soon to reopen!) Coolidge Corner Theatre, we spoke to Campopiano about turtle puppets, the joy and heartbreak of independent filmmaking, and the possibility of a sequel.

BOSTON HASSLE: How did you find out about Snapper?

JOHN CAMPOPIANO: It happened back in 2019 when I was interviewing Mike and Mark about their Attack of the Killer Refrigerator project for the UK’s Scream Magazine. We spent a few hours together, and as we were all about to depart, Mark said somewhat casually, “Oh, by the way, back in the day we tried to make a movie about a man-eating snapping turtle.” Knowing that I’m a Jaws fan and eco-horror enthusiast, I’m guessing Mark figured I would be interested. He was right. I seem to remember telling him that I thought that sounded really interesting, but then we each went along our way and I didn’t give it much thought… until a few days later, when Mark began texting me photos of the animatronic turtles they built. I was blown away by the scope and ambition the photos showed for exactly what they were trying to achieve. I knew pretty much then and there that I wanted to tell the story of this project, despite it never fully getting off the ground.

BH: What drew you to the story?

JC: Initially, it was the photos Mark was sending me of the turtles they built. I thought they were so clever – especially the larger turtle head. Seeing the skeleton of it with all the wires and levers and cables – I just thought it was really impressive. I couldn’t help but think of Bob Mattey’s various sharks used in Jaws and how they were all operated with similar technology. I was also really attracted to the idea of telling a completely different kind of story than most of my other previous documentaries and film articles. So much of what I’ve worked on has centered around films or TV shows that have a devoted fan base, “cult classics” in many respects. But with Snapper, this was the chance to tell a story of a film that not only wasn’t a cult classic, it wasn’t even really a film! I wondered if it would be a chance to explore a completely different side of filmmaking – the side that breaks your heart (and your wallet). After initially bringing my idea for a short doc to Mark and Mike and then discovering how much material they had in their personal archives – original dailies transferred from 16mm, photos, storyboards, etc – I was pretty much convinced that I had to do this. I was also lucky enough to bring on some talented friends and film colleagues, like Dave Bigelow, who helped shoot the interviews as well as edit the doc with me and color grade the final cut. Dave and others were critical to bringing this short doc to life. 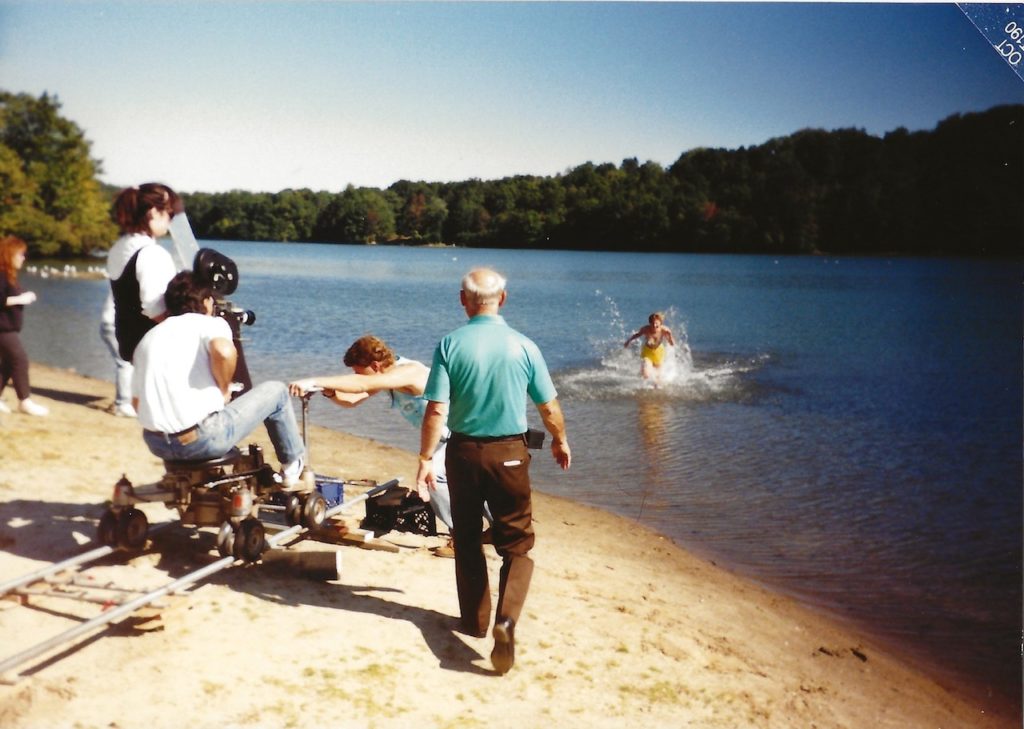 BH: How much footage is there? Do you think it will ever see the light of day?

JC: There’s more dailies footage that we didn’t use in the doc. For the doc, we wanted to mainly show footage of (or related to) the turtle. But there’s other footage with the main characters and other material like test shots on the water and many… MANY more takes of the fire stunt stuff. I can’t believe how many times the stuntman was willing to be set ablaze and fall off the building. That’s indie film dedication.

BH: What lessons do you think aspiring filmmakers might take away?

JC: I think (I hope) one takeaway from Snapper (both the story of the original as well as the sentiment behind my doc) is that you’ve got to just keep going. Making films is often a heartbreaking exercise, and so often the projects we come up with and work on don’t make it to the finish line for whatever reason. But it’s important to not only keep at it, but also learn from those projects. I think Mark sums it up beautifully in the part when he basically says that each project you work on will help take you to the next one in some way or another. I think that’s a useful perspective to have.

BH: If Mike and Mark ever end up completing the film, would you consider making a follow-up doc?

JC: I think it would be incredible if Mike and Mark were finally able to make Snapper! If that were to happen, I would definitely have to revisit the doc and give it the appropriate update. It would be exciting to – instead of cutting to the end credits – cut to day 1 of principal photography on Snapper. Fingers crossed for the guys that it happens. Who knows – crazier things have happened!