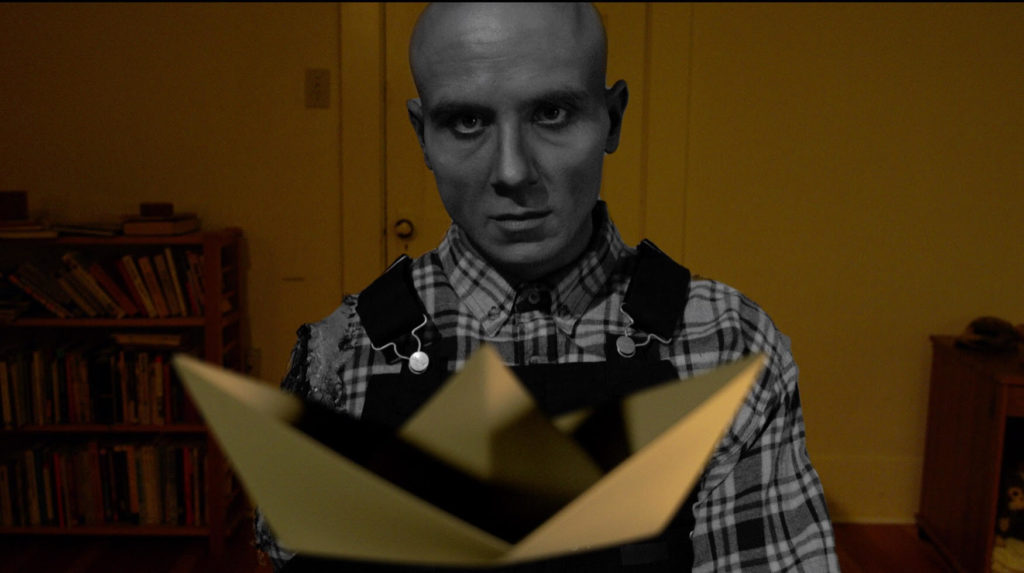 Readers of Film Flam will be familiar with John Campopiano: the local filmmaker (and erstwhile cryptid) is one of the foremost scholars of Stephen King ephemera, the knowledge of which he has spread via both documentaries and live events. His most recent project is perhaps the most curious: a collaboration with Seattle-based director Ryan Grulich, Georgie is a seven-minute phantasmagoria steeped in the mythology of Stephen King’s It starring Tony Dakota, reprising his role as ill-fated young boat enthusiast Georgie Denbrough from the book’s 1990 TV miniseries adaptation. Following its premiere earlier this year at the Boston Underground Film Festival, Georgie will make its national debut on Monday, 6/10, via a 48-hour streaming window from Fangoria. In anticipation, we spoke with Grulich and Campopiano about Georgie, the confrontation of childhood fears, and the master himself.

BOSTON HASSLE: How did Georgie come about?

JOHN CAMPOPIANO, producer/co-writer: Georgie was a direct result of recording Tony Dakota’s interview for my other current project, Pennywise: The Story of IT. Ryan Grulich lent our team a hand and filmed Tony’s interview for us out in Seattle. One of the questions I asked Tony in his interview was if he’d ever consider getting back into acting. He’d been on hiatus for nearly 25 years–pretty much since he filmed It back in 1990. He expressed great enthusiasm for the idea. Soon thereafter, the idea sprung to write something specifically for Tony. Ryan and I wanted whatever we conjured up to live within the It universe, thus the concept for Tony reprising his role of Georgie Denbrough was born. We knew, as fans ourselves, that people would love seeing Tony again especially after all these years.

BH: How did Tony Dakota feel about reprising his role?

RYAN GRULICH, director/co-writer: Tony was just as excited as we were to travel back to Derry for this short. We had a lot of discussion about what this meant to him and how his relationship to the character from the miniseries could inform his performance in Georgie. He made some initial statements concerning how intimidating Tim Curry was for him as a child actor, and how that played psychologically for him in this role. I think he was hyper-aware of the fans’ reactions, and that played to the intensity he brought to the work. One of the more interesting moments on set was having the chance to see Tony put pieces of Tim’s screen-worn costume on. It was very surreal, and I would say magical. He really internalized his childhood memories and became the monster he feared as a child. 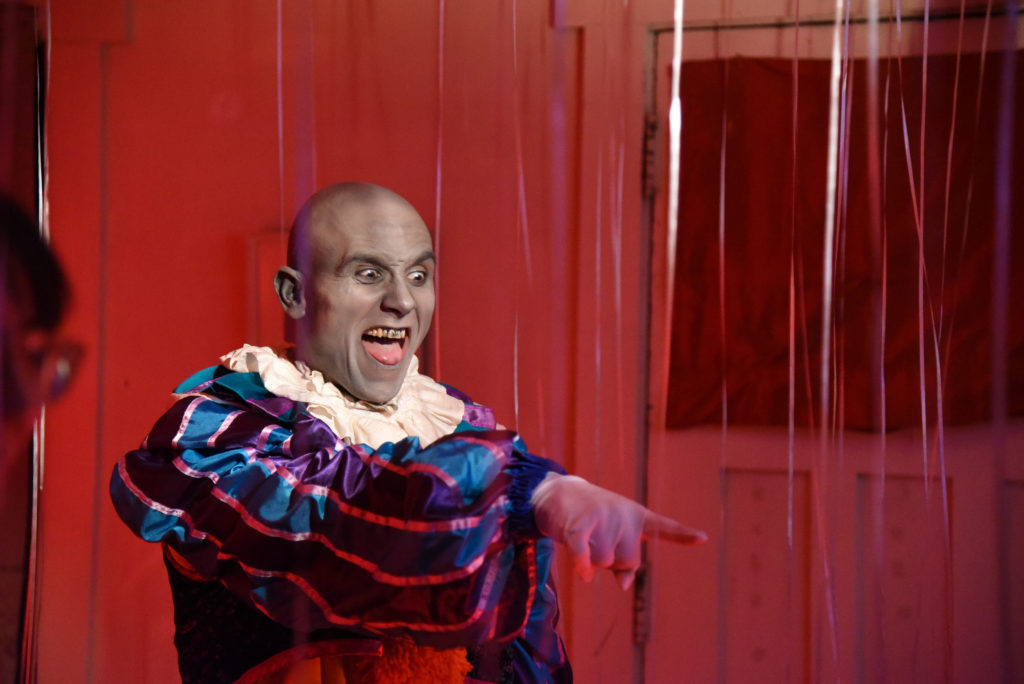 BH: You weave together many elements and Easter eggs from Stephen King’s story and mythology, as well as a number of different mediums and filmmaking techniques. How did you choose to mix this all together?

RG: The initial burst of story that became Georgie was entirely fluid. It was written in one sitting. It was meant to be an arthouse film that remained accessible. John and I knew we were playing with archetypal content and what is essentially one of the greatest modern horror narratives, so we spent a lot of time tweaking the script to embellish those Easter eggs. There were many happy accidents on location that created some of the Stephen King mythology embedded, but it was largely intentional and pre-planned. I have really likened Georgie to the work a lot of people have done with Lovecraft’s mythos. Essentially, the film is just expanding on those settings and characters in a way that suits our fancy and particular forms of obsession about the world King created, and also a place to work out some of our own demons. It is a great honor to be a small part of the emerging tradition of developing King’s work in this way.

We had a fantastic crew, who helped realize some of the more out-of-the-box ideas going into the film from a production standpoint. I’ve always loved arthouse cinema and abstract art. I wanted to play up the “fever dream” notion John and I had envisioned in the writing process with the camera. Surrealism is not paint-by-numbers, so we really had to evaluate each shot and sequence to keep continuity visually, without getting lost in the weeds of psychedelia. What you see is largely intentional. The animation sequence was a gamble, and our animator, Justis Biggart, really delivered on what I think turned out to be the most unique part of the film. The animation sequence was intended to really push the nature of Pennywise as trickster, someone who is capable of taking you out of the dimension of space we operate consciously in. It turned out to be very difficult to do that in live action, with limited budget and availability of cast. The path and choices along the way were fairly organic in nature, as I feel the world of It is so ingrained in our minds that the story was just waiting to be told, something King says of all story.

JC: King has not yet seen Georgie— though we plan to change that soon. Our plan is to wait for Fangoria to officially premiere the film, at which point we’ll make sure it gets sent his way. If he does end up seeing it we hope he enjoys it. I’d love to be able to share the backstory with him– I think he’d appreciate it.

BH: What’s next for Georgie, and do you have any plans for future collaborations?

JC: Georgie is currently making the film festival rounds. Thus far, Georgie has floated his way into seven festivals, with a few more we’ve yet to hear about one way or another. We’re not yet sure where Georgie will live permanently after the exclusive 48-hour premiere via Fangoria, but we’ll have that figured out soon. But, ultimately, the goal is for as many people to see it as humanly possible. After all, we very much see Georgie as our small gift to the greater SK community.

As far as other collaborations: yes! Ryan and I are co-writing another short film based on a story from my childhood about something that haunted me at my grandparents beach house in Westport, MA. We’ve had a great time writing this one. I’ve got some fun stuff up my sleeve for this one– we’ll see how it all shakes out. This will be our attempt at creating something that would have blended in beautifully at the height of Are You Afraid of the Dark. We want to make something scary that’s palpable for a younger audience. It’s certainly going to be a pivot from Georgie.

Georgie will premiere Monday, 6/10, for a 48-hour streaming window via Fangoria