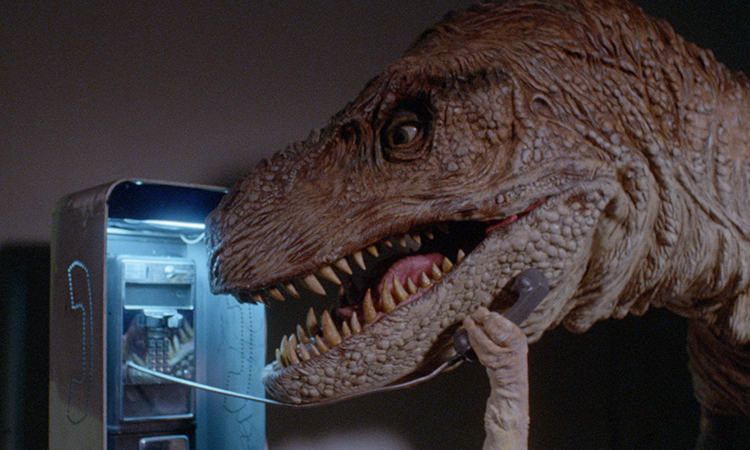 For the most part, genre film festivals play by the same general playbook as “straight” festivals: they serve as a showcase for exciting new features and shorts before being unleashed to the world at large. But there is one facet more or less unique to the alternative fests: the absolutely batshit rediscovery/restoration. Below the surface of the accepted canon, and even past the realm of standard “undiscovered gems,” there is a vast multiverse of utter insanity, the secret work of cracked visionaries and the accidental surrealism of fly-by-night exploiteers, the so-bad-it’s-good and the so-weird-it’s-fucking-amazing. BUFF has been no stranger to this territory in years past– they provided Boston with its first glimpses of such lost mindfuck classics as Belladonna of Sadness and Hausu— and they kicked off the third night of Buffoween with this year’s least expected genre fest restoration du jour: the newly discovered, 4k-remastered R-rated “gore cut” of Stewart Raffill’s straight-to-video oddity Tammy and the T-Rex.

Tammy and the T-Rex wasn’t quite an unknown commodity to trash aficionados prior to 2019; it caught a headwind toward the end of the VHS era for featuring pre-fame star turns from both Denise Richards and the late Paul Walker, and I fondly remember giggling at the wave files curated by the folks at badmovies.org in high school. The plot, such as it is, concerns a mad scientist whose dream is to transplant a human brain into an animatronic dinosaur (that’s not me being snarky; in an apparent case of lampshading technical limitations, the film’s creaky tyrannosaur is explicitly stated to be a machine). Enter Michael (Walker), comatose after his girlfriend Tammy’s (Richards) psychotic ex leaves him to be mauled by lions in a drive through nature park. Coming to terms with his newfound robo-dino body, Michael returns to town to both rekindle his sweet teenage romance and wreak vengeance on those who have wronged him.

Tammy and the T-Rex is obviously a very silly film in any form; Raffill (who also helmed Mac and Me!) was apparently given one month to write and shoot a film around a used T-Rex the producers acquired in South America, and the film careens wildly from seemingly earnest teenage shenanigans to overtly cartoonish comedy (I haven’t even touched on the Jackie Mason-ish Dr. Wachenstein, whose mad scientist entourage consists of a supermodel nurse/girlfriend, a catty teenage computer nerd, and a weightlifter). But the entire thing gains an additional layer of weirdness from the newly discovered, outrageously goopy gore effects from the late, great John Carl Buechler; intestines are removed, stringy viscera dangles from severed heads, and in general the punishment meted out goes far beyond what you might expect from a theme park dinosaur with the brain of a teen heartthrob. The result is a giddy thrill of a film where you’re never quite sure what to expect*, and an ideal candidate for bad-movies-and-pizza nights once you and your friends get sick of Troll 2 and The Room. 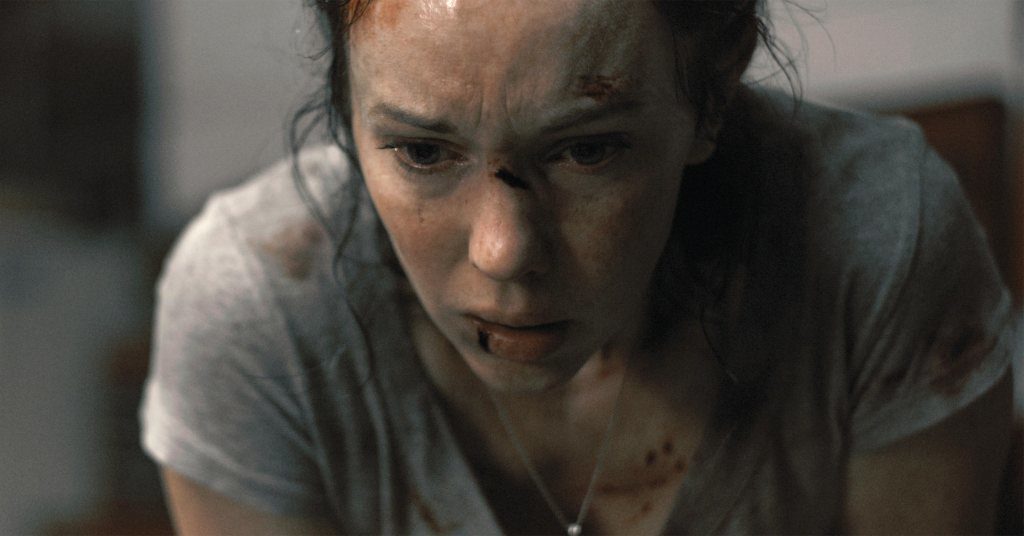 Much like the daylight between Extra Ordinary and The Golden Glove, the programmers at BUFF scarcely could have paired Tammy with a more different film. Lean, deadly serious, and almost unbearably tense, watching Matthew Pope’s southern-fried crime thriller Blood on Her Name felt like downing a strong cup of hot, black coffee after the wild night out that was Tammy and the T-Rex.

As Blood on Her Name opens, Leigh Tiller (Bethany Anne Lind) has a problem: the dead man bleeding out on the floor of her auto body shop. What exactly happened is unclear; she says it was a break-in, but she’s reluctant to tell either her semi-estranged police chief father (veteran character actor Will Patton) or her goodhearted employee Rey (Jimmy Gonzales), and while her parolee teenage son (Jared Ivers) was evidently present for at least part of the incident, she tells him the assailant got away. Her initial plan is to dump the body in the lake, but, realizing the man had a family, she opts to leave his body in his own shed with a note of apology. What follows plays a bit like an EC Comics morality play (albeit in more of a thriller vein than overt horror), as the noose of guilt tightens and the full picture slowly comes into focus.

Like a minor key Blood Simple, Blood on Her Name is an intense little film. At times, the mounting dread can feel almost oppressive; the score seems to consist of one constant ominous swell, and I’m not positive we witness a single instance of a character smiling (even The Golden Glove has its moments of levity, even if said levity comes in the form of an ex-Nazi officer urinating on a teenager). Yet I also can’t deny its effectiveness. Lind gives a soulful, human performance as a woman who knows that she’s fucked from the very first frame, putting a refreshing female spin on the sort of doomed film noir protagonist once seen in the poverty row epics of Edgar G. Ulmer. And by the time the film reaches its nerve-shredding climax, you realize that its muted tone has been in the interest of investing you in its long game. Each of these characters is a real human, and even if it’s hard to imagine a positive outcome for any of them, you hope against hope that they find one.

* – This extends to the title: for reasons unclear, this version of the print is titled Tanny and the Teenage T-Rex. Listening to the dialogue, the characters do indeed seem to be calling Richards’ character “Tanny”; was the film retitled when they realized this is not a name humans generally have?

Buffoween concludes Sunday, 10/20 @ Somerville Theatre. For showtimes and ticket info, go to BUFF’s official website
Catch up with the Hassle’s coverage of the first two nights of Buffoween here and here!