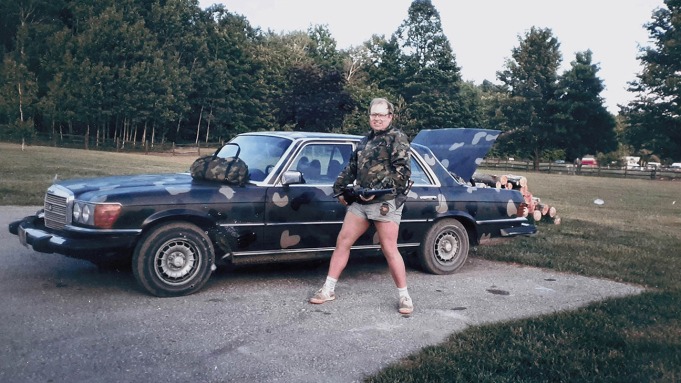 Being a conservative is thinking your life is under direct threat at all times and turning it into your personality. No one better exemplifies this than Richard Davis, creator of Second Chance bulletproof vests. An awful man who should be in jail, Davis spends this documentary lying his ass off, bragging about things no one should be proud of, and shooting himself in the chest with a precarious grip that would make any sane gun owner clutch their pearls. Though he obsessively tracked the lives his vests saved, it seems to pale in comparison to the damage he’s done to his family and the nation’s hideous relationship to violence. Davis seems to be entirely unaware of the severity of his actions, and taking advantage of this discord is where Bahrani thrives. The interviews with Davis’ second ex-wife are particularly entertaining. Though it sags in the middle, Bahrani does save a phenomenal reveal for the film’s climax. (B-) 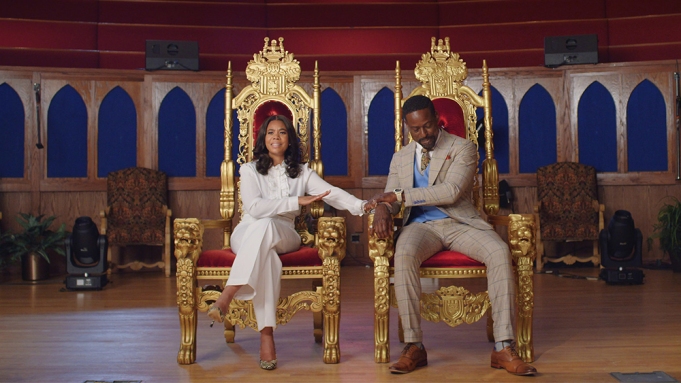 Honk for Jesus. Save Your Soul. (dir. Adamma Ebo)

If you can get past the tired mockumentary jokes of this film’s first half, you’ll be treated to some powerful, wrenching performances from Regina Hall and Sterling K. Brown. The dramatics work far better than Hall and Brown doing sub-Modern Family camera winks and awkward shuffling. By the time Regina Hall is having a breakdown in full mime makeup you’ll have forgotten how long it took to get there. (B) 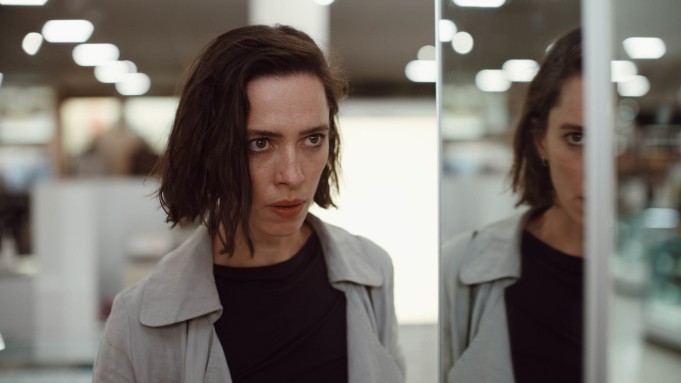 Who doesn’t love Rebecca Hall being crazy? Hall plays a woman whose life is thrown into turmoil when a former lover (Tim Roth) suddenly reappears in her life. It sounds simple enough… but it’s not. This film’s hook is… not something I’m going to spoil here. Trust me, it’s worth it. Resurrection is not for the faint of heart, but those who tough it out are rewarded with an unhinged Hall performance and a delightful one from Roth. I’d say it operates on a very European type of crazy, calling to mind Possession (though of course not nearly on that level). This would be a fun one with a midnight crowd.  (B+) 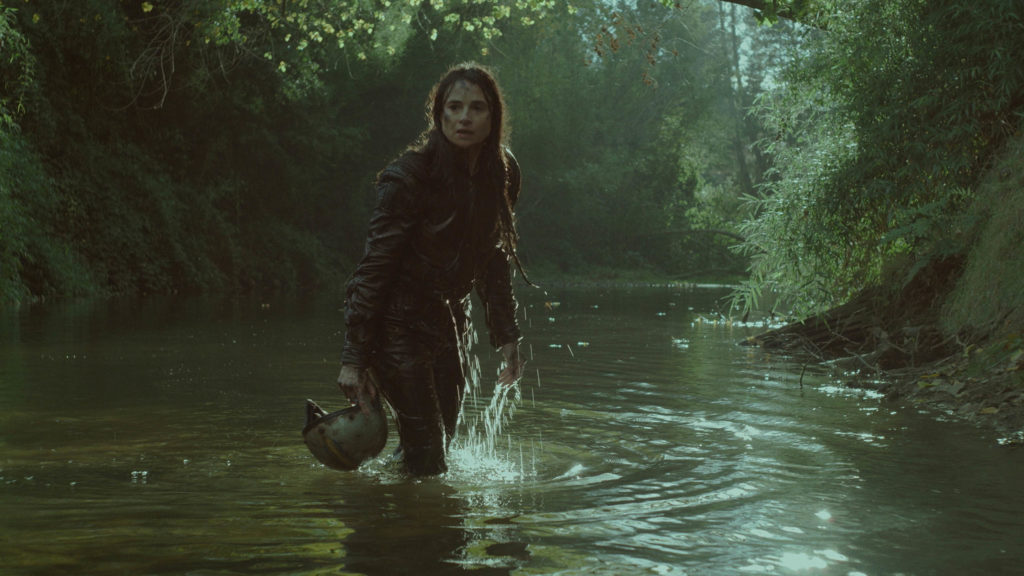 The Cow Who Sang A Song Into the Future (dir. Francisca Alegría)

Well, there’s a scene in this Chilean film where a group of cows sing and beg for death. If that sounds your speed, then you might love this Weerasethakul-esque environmental fable. Handsomely made but fairly slow, Cow is an interesting debut from Alegría with the hope of healing and peace on its mind. I regret that I was very sleepy watching it and perhaps missed some of its nuances. (B) 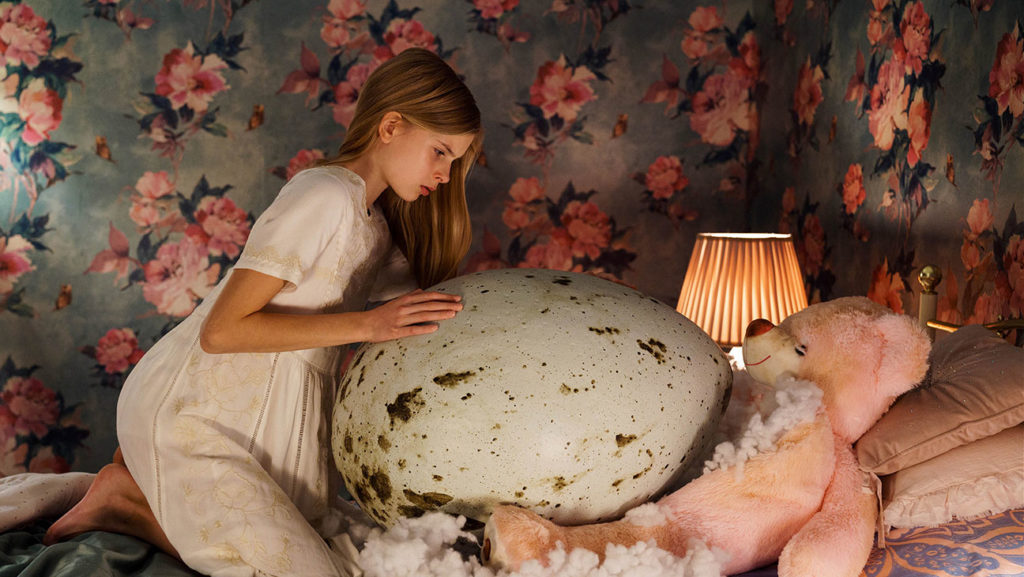 Turns out they have deranged mommy vloggers in Finland too! And… a horrible bird monster that takes the form of the stressed out child that hatched it from a giant egg? Seems like a weird place! Hatching is a silly sendup of our current era of dark posting, giving the horrible pressure of social media a bird-human face. IFC Midnight obviously picked this one up. (B+) 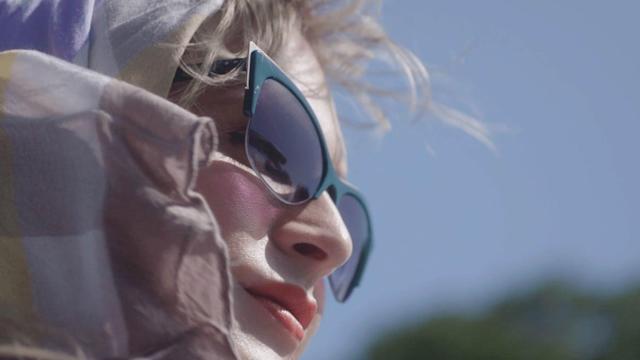 Hardly about the figures it claims to be, Framing Agnes is a disjointed and smug study of people making something about themselves. Granted, all films are about their creators in one way or the other, but this one feels rather blatantly about the people doing the reenactments rather than spotlighting trans people of the past. Early on, we are told that the filmmakers unearthed medical transcripts between a 1950s doctor and his trans patients -which sound fascinating- but we are hardly treated to any real details. Joynt tries a lot of different techniques: dramatized retellings, shots of the actors walking through the streets as if to represent the historical figures, regular talking heads… It’s experimental but mostly left me wanting more focus. Also a 30 year old plays a teenager for no real reason. For a deeper analysis of how this film fails to engage with a trans audience, I recommend this review by writer Juan Barquin. (D+)