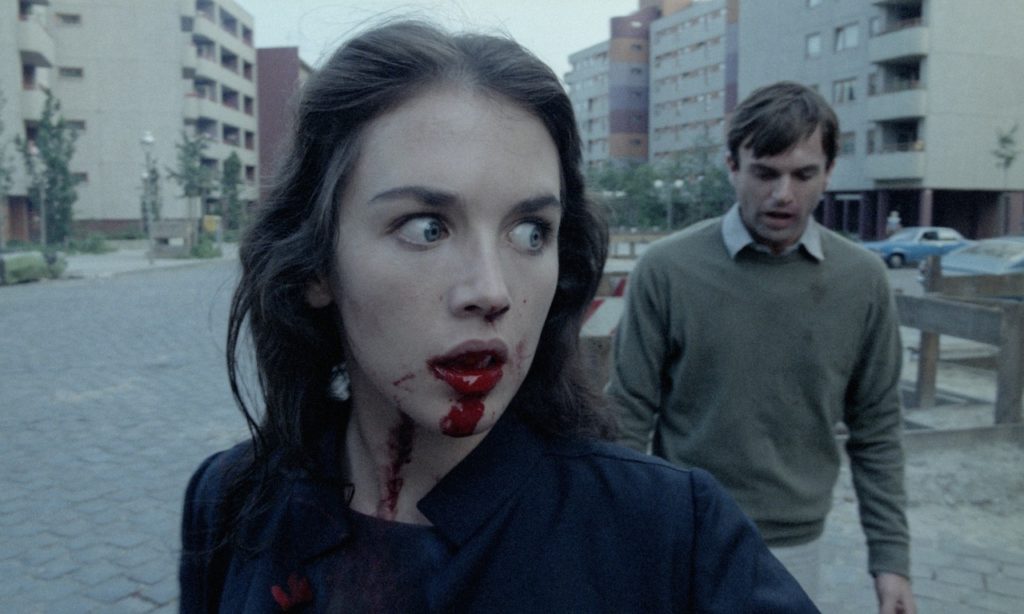 Roughly speaking, Andrzej Żuławski’s Possession is to the current wave of so-called “elevated horror” as the Monks are to punk rock or the Last Poets are to hip hop: a sort of ur-text in which all the hallmarks of the current strain are clearly identifiable decades before they became properly codified. Everything that makes directors like Ari Aster or Jennifer Kent such critical darlings is here on display– supernatural horror as metaphor for psychological trauma, tour de force performances by world-renowned actors, that arthouse sheen which allows more high-minded viewers to indulge in the genre free of guilt. Possession hasn’t been the easiest film to see for the past few decades, but it’s clear that more than a few young directors have managed to get their mitts on it.

Possession stars Sam Neill and Isabelle Adjani as Mark and Anna, an unhappy couple living in a still-divided Berlin. Anna wants a divorce, which seems perfectly understandable– Mark, apparently some sort of secret agent, is frequently away on business, and seemingly fairly unstable on the side– but Mark has questions. Anna herself frequently leaves their young son Bob at home alone, and while she does have a lover (Heinz Bennent, the most hilariously German man I have ever seen on film), this still doesn’t seem to explain all of her absences. Spiralling into alcoholism and madness, Mark hires a private detective, who discovers that Anna has a second apartment across town. What he finds there perhaps explains some of Anna’s increasingly erratic behavior, but raises even more questions of its own– and leads to a rapidly rising body count.

Save for a prominent opening credit reading “Special Effect for the Creature by Carlo Rambaldi,” there are few direct signs in Possession’s first act that it even is a horror movie; its scenes of Neill and Adjani having it out in public could almost convince one that they were watching a Bergmanesque domestic drama. Yet even in these scenes, there’s something undeniably… off. The characters speak in the heightened, nearly dreamlike patter of such similarly off-kilter Euro-horror maestros as Dario Argento or Lucio Fulci. The camera, manned by the great French cinematographer Bruno Nuytten and steadicam operator Andrzej J. Jaroszewicz, is constantly in motion, gliding around the room and swooping in and out of characters’ faces, even in what are ostensibly normal scenes of expository dialogue. Even the setting is deliberately off-putting, with Żuławski mining the anxiety inherent in the forbidding sight of the Berlin Wall (something Luca Guadagnino would attempt to recreate decades later in his Suspiria remake). 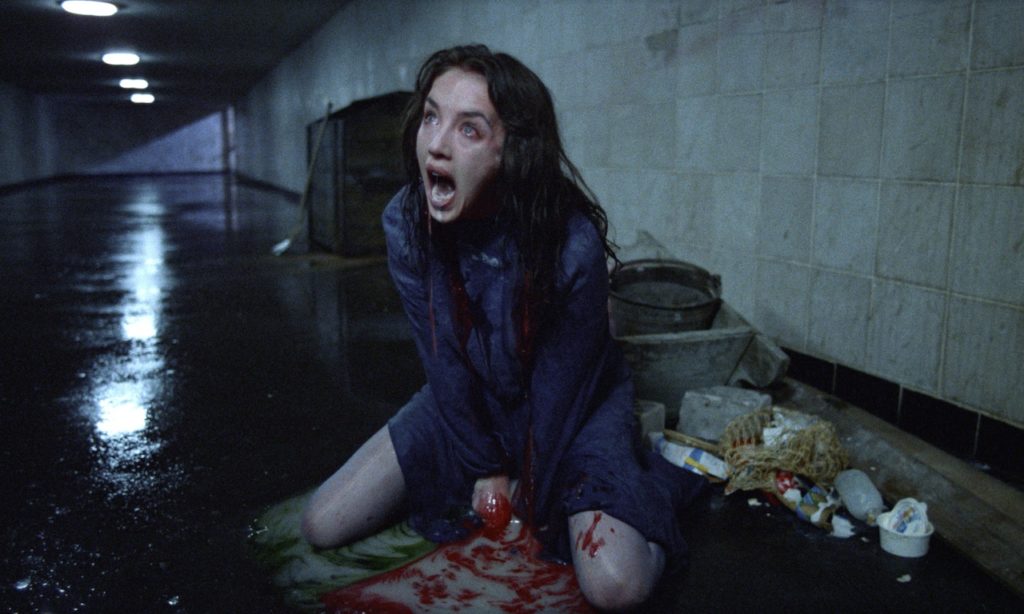 Then there are the performances. Simply put, Adjani and Neill deliver two of the most memorably unhinged performances in the history of horror (and, arguably, cinema as a whole). Neill manages to triangulate a point somewhere between James Mason, Peter Lorre, and Jeremy Irons in the last ten minutes of Dead Ringers, careening wildly from steely intensity to sweaty, crawling-out-of-his-skin depths of madness (it’s startling to realize that the live-wire on screen here would, in just over a decade, play the stoic lead of Jurassic Park). Even Neill, however, is dwarfed in comparison to Adjani, who gives nothing short of a performance for the ages. When we meet Anna, we sense that she’s beginning to come unraveled, but nothing can prepare one for the fearless, feral energy to follow. As she succumbs to the will of the… thing… in her apartment, it often appears that her eyes, mouth, and face are each constantly on the verge of bolting from her body in different directions. In Possession’s most famous moment, Adjani utterly loses her shit (and several gallons of unidentifiable viscera) over a single long-take in an abandoned subway station. It’s an unforgettable scene, but what you don’t get from watching it on Youtube is that Adjani keeps it up through the entire movie. Adjani reportedly (and understandably) suffered a breakdown following her performance, but she was rewarded with the Best Actress award at Cannes, an almost unheard-of feat for a performance in a horror movie.

And make no mistake, Possession is a horror movie in the first degree. Possession may be the progenitor of contemporary film-fest horror, but, like the musical acts listed earlier, the version it presents is far weirder, woolier, and unclassifiable than its descendents. It’s an art film as fearless as any Criterion inductee of its era, but it’s also as gnarly and loony as the best Euro-sleaze horror. Like Ken Russell’s The Devils, Possession is one of those films that’s long been spoken of in hushed tones more than it’s actually been seen– a situation which will likely be rectified thanks to its brand new 4K restoration, which plays the late show this week at the Brattle. Even those who have heard of it in legend, however, will likely find themselves unprepared for its unique brand of madness. The world of horror may have caught up with Possession, but there remains very little like it.