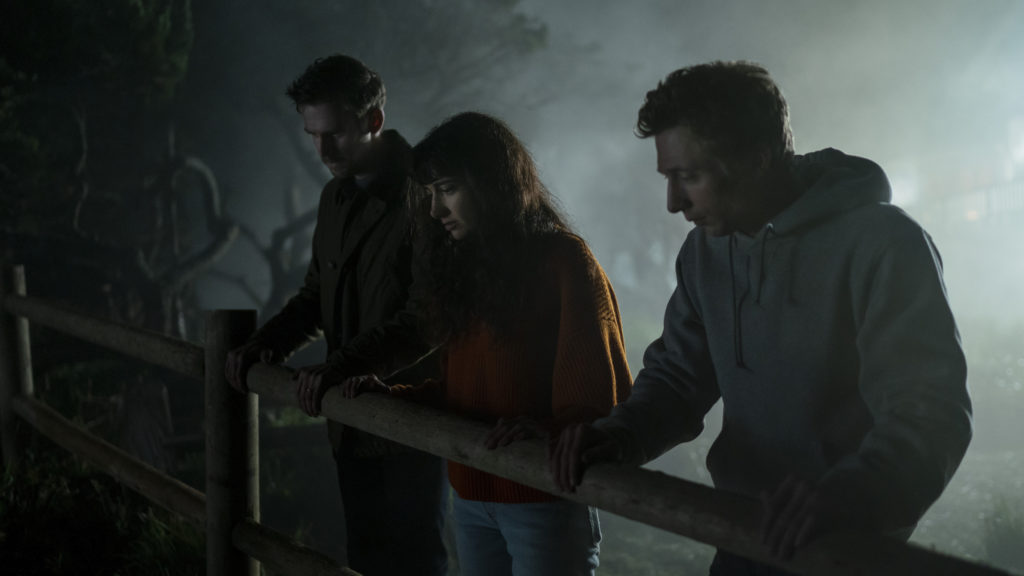 It’s official: AirBnB horror is a subgenre. In the past year alone, we’ve seen Tone-Deaf (about a vapid millennial who rents a country home from homicidal boomer Robert Patrick), You Should Have Left (Kevin Bacon and family check into a haunted, physically impossible Scottish cottage), and The Beach House (which is technically about a family-owned property, but is a spiritual match). As I described in my review of the latter, this can perhaps be chalked up to the sense of uncanny that accompanies stepping into someone else’s home and living their life for a few days. Alternatively, it may be a natural extension of the haunted house genre for a generation that, statistically, is unlikely to afford an Amityville mansion anytime soon. Or maybe it’s just the latest example of Hollywood jumping on a relatively new fad and beating it into the ground. As is usually the case, the answer probably lies somewhere in between.

The latest entry in this burgeoning mini-genre is The Rental, the directorial debut from Hollywood sibling Dave Franco. Like many actors-turned-directors, Franco has an occasionally uneven hand in terms of tone and pacing– but he also knows how to wield a killer ensemble.

This time around, the unlucky renters are two young couple: Charlie (Dan Stevens), his wife Michelle (Alison Brie, the director’s wife in real life), his fuck-up brother Josh (Jeremy Allen Stong), and Josh’s girlfriend Mina (Sheila Vand), who also happens to be Charlie’s business partner. Right off the bat, the trip is laden with tension: Mina unsuccessfully tried to book the home before Charlie got through, and chalks her rejection up to racial profiling (“‘Mina Mohamedi’ is about as middle-eastern as it gets,” Charlie concedes). Her suspicions are more or less confirmed when they meet the property’s owner, Taylor (Toby Huss) a brusque, blue-collar type who can’t help but cast suspicious glances Mina’s way. Even with Taylor out of their hair, the vacation proves less than rollicking: Josh is envious of his brother’s success and nervous that Mina (who is out of his league by just about every meaningful metric) will leave him, and Michelle is clearly uneasy with Mina and Charlie’s close working relationship. These suspicions are confirmed after a night of ecstasy-fueled revelling, when Charlie and Mina engage in a furtive hot-tub hookup.

Already wracked with remorse and devastatingly hung-over, Mina and Charlie’s morning after goes from bad to worse with the discovery of tiny, blinking lights in the shower heads that appear for all the world to be hidden camera lenses. This, of course, gives way to a series of horrifying realizations: that a pervert has been recording them in the nude; that said pervert is an openly hostile MAGA chode with whom they have already clashed antlers; and, perhaps most troublingly, that this Islamophobic sex pest is in possession of proof of their infidelity, which he could release at the drop of a hat if they were to call the police. This is obviously a conundrum, and they have not yet begun to think of a way out of it before Josh’s dog disappears, Michelle can’t figure out how to turn on the hot tub, and they find themselves forced to summon Taylor to return to the house. I won’t reveal what happens next, but suffice to say the vacation does not improve from there. 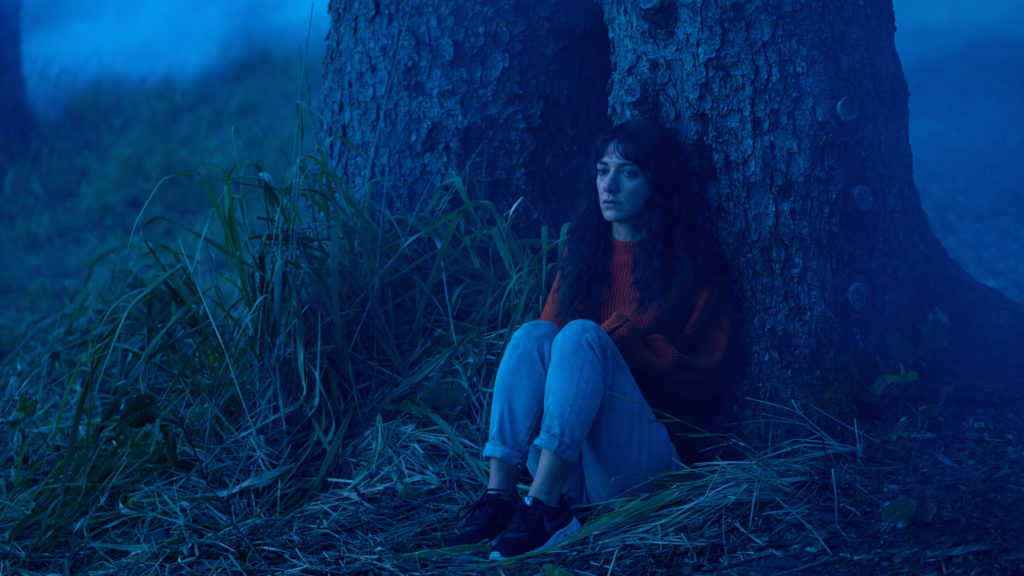 The Rental works, to the extent that it does work, largely thanks to the strength of its performances. Vand, in particular, is an immensely charismatic presence who manages to project intelligence and nuance upon every role she inhabits (see this year’s earlier The Wave, in which Vand only appears for maybe ten minutes, but leaves such an impression that her absence drives the entire narrative). In Vand’s hands, Mina is the sort of person whose intelligence and natural talent can be intimidating to those around her– one can clearly see how she became the source of Josh’s feelings of inadequacy, of Michelle’s jealousy, and of Charlie’s unspoken attraction– yet you can also sense her own feelings of insecurity as a woman of middle eastern descent living in cosmopolitan white America, and doubly so once she’s dropped into the middle of nowhere at the mercy of a grumbling redneck. Brie, too, takes what could have been a one-dimensional she-baxter character and invests her with humanity and warmth, and is given an opportunity to stretch her considerable comic chops for a stretch in the middle of the second act in which she’s the only one at the party on drugs and determined to have a really great time, you jerks. What’s remarkable is that, on paper, these characters are not particularly likeable, self-absorbed yuppies constantly dragging each other down into their own spirals of poor decisions. Yet, in the hands of Franco and his cast, they become real enough that their troubles serve as the engine of the movie.

In other areas, the film is a little more wobbly. Franco, along with co-writer Joe Swanberg, at times seems unsure whether he’s making a film about toxic jealousy or about the invasiveness of modern technology (to say nothing of the themes of racism, which are more or less dropped completely about twenty minutes in). What’s more, the film is badly front-loaded, with the scenes of exposition and character development seemingly double the length of the rushed finale. Franco would have done well to shorten the first act, and have the characters’ fissions come out once they’d passed the point of no return– picture a Trouble With Harry for the Blumhouse era, or perhaps a slasher remake of The Rules of the Game. As it stands, the climactic reveal almost feels like an afterthought, and thanks to the film’s economy of characters there isn’t much point in playing whodunnit.

Still, I can’t say I disliked The Rental. As a drama, it’s well enough written to draw you into its characters’ predicament, and the cast commits fully to the task. Franco may not be ready of the Masters of Horror pantheon quite yet, but like the best actors-turned-directors he knows how to assemble a terrific ensemble of character actors and calibrate them to the peak of their abilities (though, if there’s any justice, Vand won’t qualify for the “character” descriptor much longer). The Rental isn’t an instant classic (and I will never take for granted that “instant classic” is the current standard for contemporary horror), but it is a nasty, well-written little thriller that gets in and out before it wears out its welcome. With Hollywood in a holding pattern for the foreseeable, it’s nice that the usual steady drip of lean indie horror has become the dominant form of entertainment. I’m not sure The Rental would be my first choice for a night out at the movies, but with a comfy couch, a cranked up air conditioner, and a stockpile of microwave popcorn, it’s worth, well, a rental.

Now available for digital rental on all major platforms