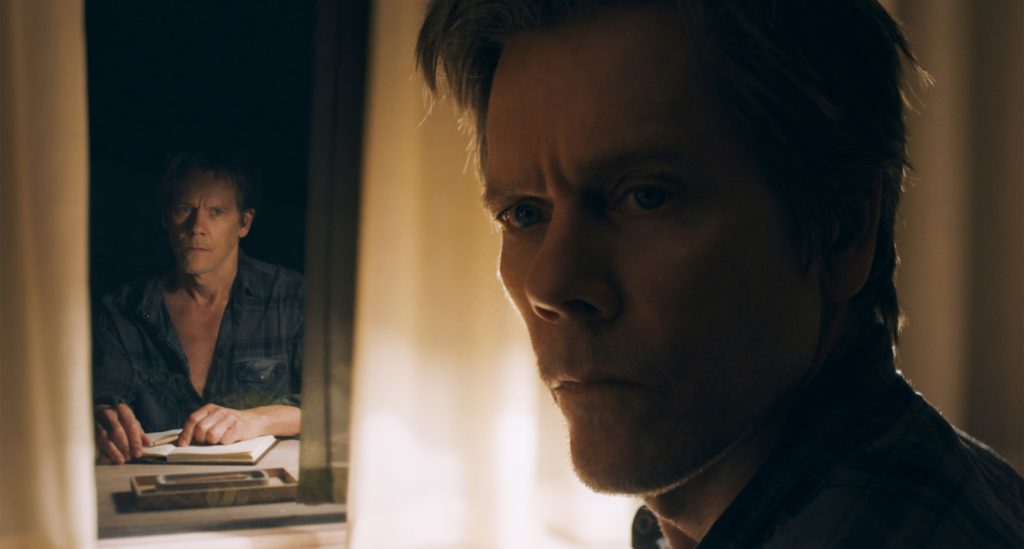 When the books are written about the horror boom of the 2010s– and they will be– at least one chapter will be devoted to Blumhouse Productions. Founded in the early 2000s by Miramax refugee Jason Blum, the studio found its niche in 2009 with Paranormal Activity, the no-budget found-footage creepfest which became a surprise hundred-million-dollar blockbuster. Since then, the studio has become an enormously prolific purveyor of lucrative spookshows, and while it’s given us such diverse and inventive offerings as Get Out, Happy Death Day, and Split (as well as the occasional out-of-character prestige pic, including BlacKkKlansman and Whiplash), much of its output follows a basic formula: a nuclear family, usually upper-middle class to affluent, is beset by strange forces in their comfortable, modern home, which test their bonds and, ultimately, bends their perception of reality. The seeds of this template can be found in Paranormal Activity, and it is applied, with slight variations, to such films as Sinister, Insidious, Oculus, Dark Skies, and arguably The Purge, as well as their assorted sequels, prequels, and spinoffs. It’s an old playbook– it was perfected in Poltergeist, and stretches back at least as far as William Castle’s 13 Ghosts— but when it works it works, and Blumhouse has honed it to a profitable, entertaining science.

This time around, the family is Theo and Susanna Conroy (Kevin Bacon and Amanda Seyfried) and their precocious daughter, Ella (Avery Essex). On the surface, they would seem to have everything– he’s a wealthy investment banker, she’s a glamorous movie star thirty years his junior– but from the earliest scenes, we can sense a cloud over their marriage. Theo, it seems, is something of a tabloid fixture: his first wife died under mysterious circumstances, and the ensuing, apparently highly public trial has left him a bitter, leathery husk. Susanna, for her part, is patient with him, and their shared love of their daughter helps keep the wheels on, but Theo clearly focuses a good deal of his frustrations on his effervescent bride; he seethes with boomer-millennial tension as she texts and laughs, convinced that she’s carrying on an affair with her co-star. Theo copes by withdrawing into terse darkness, sunning himself by the pool, listening to mindfulness podcasts, and scowling.

In an attempt to clear the air, the couple decide to rent an AirBnB for a few days before her next shoot in the UK. The house they select is a sprawling, minimalist domain, isolated in the rolling countryside of Wales. At first, the family is taken with the house, with its gorgeous grounds, luxuriously comfy beds, and seemingly endless labyrinth of hallways and rooms. Soon, however, all three begin noticing odd occurrences: nightmares, shadowy figures, missing time (in other words, it’s a Blumhouse house). What’s more, the hallways seem just a little too twisty-turny, and what at first could plausibly be chalked up to unfamiliar surroundings gives way to the sense that the floorplan legitimately makes no earthly sense. What’s more, both Ella and Theo find themselves visited in dreams by a mysterious, hunched figure who looks a little like a malevolent Hunter S. Thompson. As the visions worsen, the fissures in the Conroys’ marriage deepen, and it becomes clear that they won’t recognize the full danger they’re in until it’s well and truly too late. 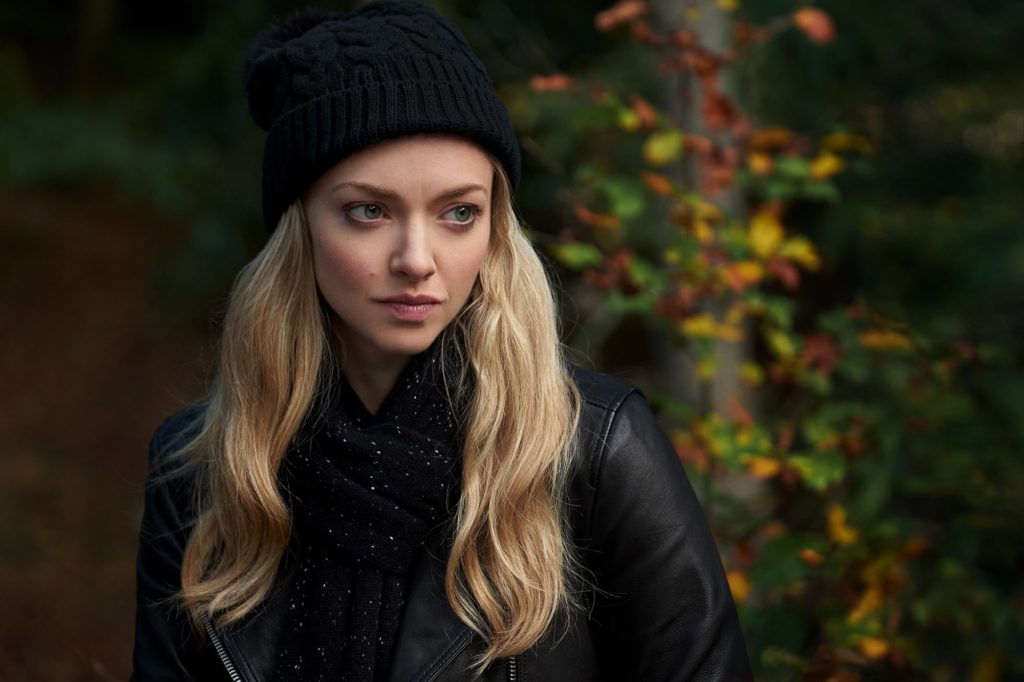 Director David Koepp has had the sort of career that, depending on how you look at it, paints him as either a master pop storyteller or a blandly competent studio hack: he was on the writing team for such blockbusters as Jurassic Park, Mission: Impossible, and Sam Raimi’s Spider-Man, but also Zathura, Indiana Jones and the Kingdom of the Crystal Skull, and 2017’s ill-fated reboot of The Mummy. You Should Have Left fits well into this oeuvre, a well-made and generally effective thriller which nevertheless fails to show much in the way of personality. It ticks all the boxes that make the Blumhouse model as reliable as it is, but it doesn’t do much to stand out from the pack. The best of the studio’s output each have a moment or two that will stick with you long after the credits roll– think of the haunted snuff films in Sinister, or the sudden appearance of the demon in Insidious— and You Should Have Left never quite lands a signature note. It is what it is, and not much more.

When You Should Have Left was announced, several critics rolled their eyes at what appeared to be another groanworthy example of the blithe pairing of an over-the-hill Hollywood stud with a romantic partner young enough to be his daughter. To the film’s credit, Bacon and Seyfried’s age disparity is built into the plot as the most obvious manifestation of Theo’s midlife crisis. Still, I found myself wishing they did a little more with this particular angle. This is Theo’s story through and through, and while Seyfried plays Susanna as a three-dimensional character, she ultimately exists as a vehicle for Theo’s growth, or lack thereof. This is not to say that Theo is presented as a “hero” per se– he’s an asshole, and the script thankfully acknowledges him as such– but to hang the story so entirely on the journey of this emotionally distant alleged wife-murderer feels a little out of touch in 2020.

That being said, the measure of a horror movie is how well it grips you, and it can’t be said that You Should Have Left doesn’t. Much of this, again, is down to the characterizations. Bacon plays his part well (perhaps too well?), embodying the bitterness of his deeply unpleasant character without making him too difficult to watch. As the couple’s young daughter, Avery Essex is very good; she manages to come off as wise beyond her years without resorting to the owl-eyed holiness common among children in horror movies, and offsets it with believably weird real-kid moments (upon arriving at the cottage, she immediately begins jumping on the sofa, chanting “Jumping, jumping, jumping!”). And when the Blumhouse machinery starts chugging, it’s difficult not to be drawn in, scanning the negative space for spectral visitors and getting goosebumps at all the correct places. 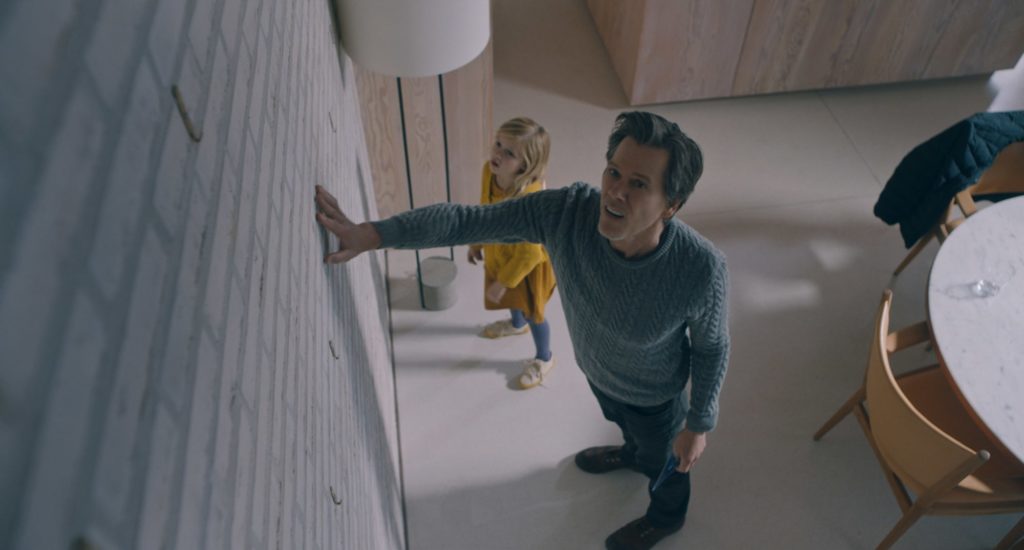 Yet there’s something undeniably programmatic about the film’s scares. Part of me wishes that Koepp had committed to a slower burn than the constraints of major studio horror would allow. The first two acts have a number of wonderfully subtle moments. In one scene, a bleary-eyed Bacon absently shuts off the lights in an improbably long series of foyers and laundry rooms; later, it becomes apparent that both Theo and Susanna are under the impression that it was the other who found the listing for the house, but because it comes up in the middle of a fight the weight of this never quite registers with either of them. These moments are terrific in their fleetingness, and strike me as how real people might react (or not react) to inexplicable events in the midst of suburban mundanity. Yet these scenes are undercut by the fact that we’ve already seen a number of typical Blumhouse scares– a shadowy lurker here, a mirror gag there, dream-within-a-dream fakeout after fakeout– which feel like they were planted by algorithm to keep the audience from getting bored. If Koepp had trusted his audience to stick it out, and subjected us to the same slow boil as his characters, You Should Have Left might have been something truly special.

One of the hardest parts for me about reviewing a movie like this comes at the end, when I have to cast my vote for “fresh” or “rotten” on Rotten Tomatoes. Because, strictly by the numbers, You Should Have Left counts as a success; it’s well-shot and well-acted and makes you clutch your sofa armrest at all the right places. But like the shadow people flitting about its corridors, it leaves your mind as soon as the credits roll, its details blending into those of its studiomates. I can’t quite recommend shelling out the full $19.99 for a “first-look” digital rental, but if it turns up in your local Redbox to watch over a night of takeout? You could definitely do worse.