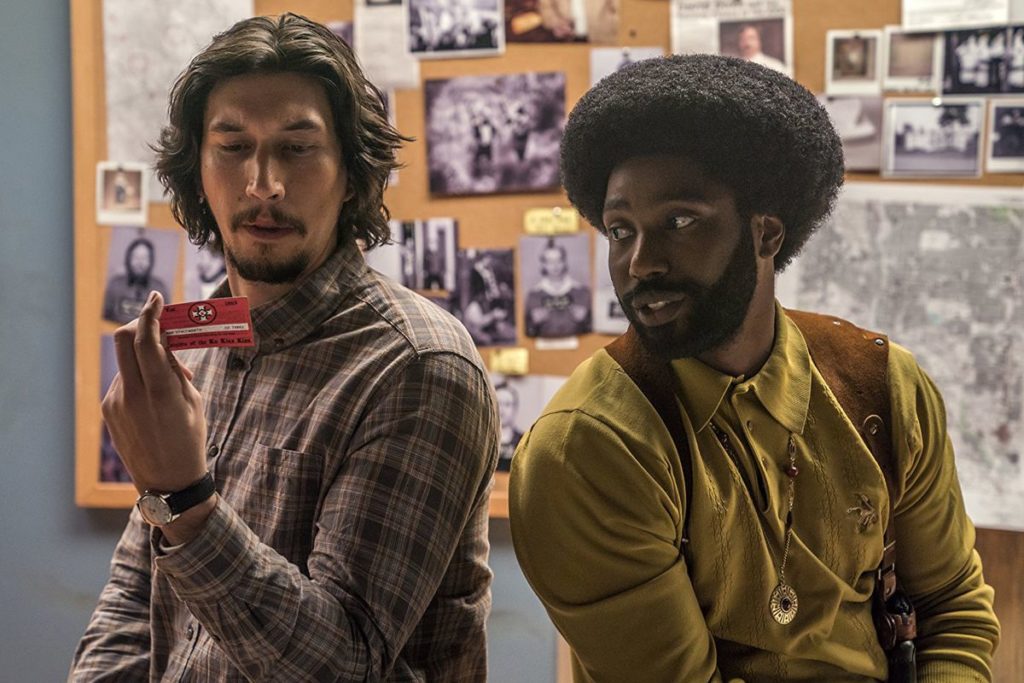 In 2016, Spike Lee was awarded an honorary lifetime achievement Oscar at the 88th annual Academy Awards. It was, of course, richly deserved; Lee is one of the most iconic and incendiary filmmakers of the past fifty years, and the Academy’s failure to recognize him for a competitive award had become especially conspicuous in the age of #OscarsSoWhite (the fact that Lee’s masterpiece, Do the Right Thing, failed to secure a nomination the year Driving Miss Daisy won best picture is an embarrassment that will haunt the Academy for the rest of its days). On the other hand, the award can also be construed as a backhanded compliment. Consider that the Governors’ Awards are generally reserved for either artists whose work falls outside the general purview of the Academy Awards (Roger Corman, Jackie Chan, Hal Needham), or industry veterans whose advancing years suggest that their best work is, by definition, behind them. To give an honorary Oscar to a fiftysomething director of high-profile, star-powered dramas would seem to imply a withering judgement on the current output and creative future of a once-influential filmmaker.

To be fair, Lee’s recent work has been scattershot at best, ranging from semi-successful experiments (the politically-minded Lysistrata update Chi-Raq) to impersonal work-for-hire jobs (the Josh Brolin-starring K-horror remake Oldboy). So one could be forgiven for not seeing BlacKkKlansman coming. Winner of the Grand Prix at this year’s Cannes FIlm Festival, BlacKkKlansman is not only Lee’s best joint in ages, it’s undoubtedly among the most vital and important films of the year and the political moment. That it achieves this while also being tremendously entertaining, and even joyous, is nothing short of remarkable. 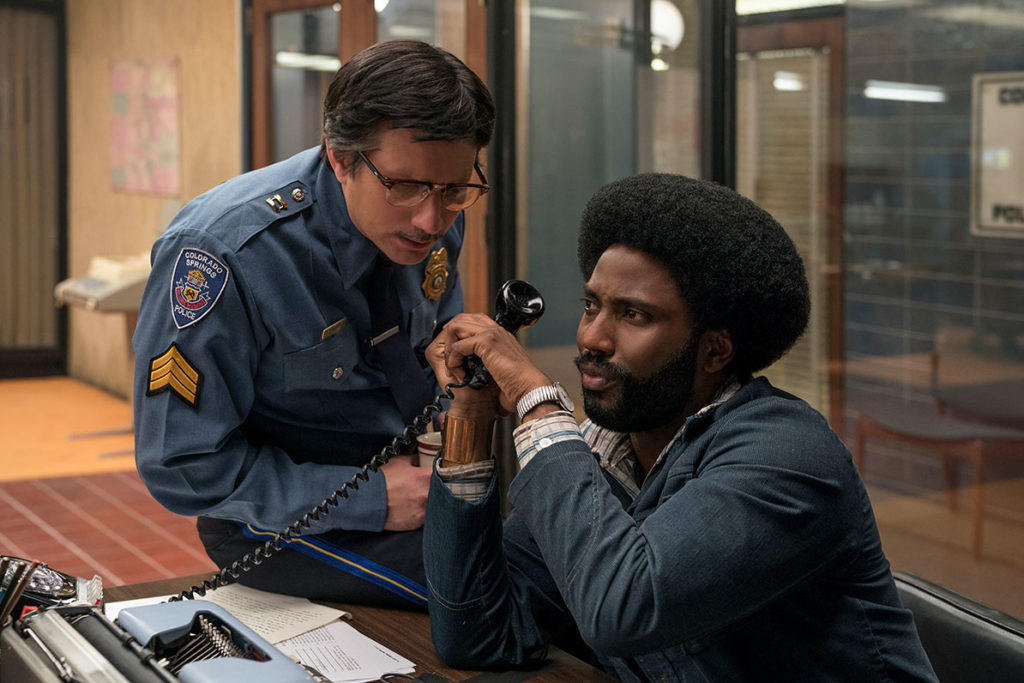 BlacKkKlansman tells the unbelievable true story of Ron Stallworth (John David Washington, whose father Denzel has been in a joint or two himself), a young man who becomes the first black member of the Colorado Springs Police Department in the early 1970s. Dissatisfied with clerical work, he soon works his way up the ranks to become an undercover detective. While the chief initially assigns him to monitor so-called “black radicals” (including civil rights legend Kwame Ture, played in a showstopping speech by Straight Outta Compton’s Corey Taylor), Stallworth has greater ambitions. Finding a phone number in a classified ad, Stallworth cold-calls the local chapter of the Ku Klux Klan, and, adopting his best white voice and a hilariously deadpan string of racial slurs, arranges a meeting. Enlisting a sympathetic Jewish-born white cop (Adam Driver) to serve as his “body double,” Stallworth manages to fully infiltrate the Klan, working his way up to David Duke himself (played with perfect weeniness by Topher Grace).

Before I get into the meat of this film, I want to single out the craft that’s gone into it. As Stallworth, Washington turns in a complex and immensely likable performance. With his impeccable afro and high ‘70s fashion sense juxtaposed against his perfect diction and kind demeanor, Washington embodies the inner conflict between Stallworth’s lifelong dream of becoming a police officer and his desire to stay true to the plight of his people. The ensemble is uniformly excellent, particularly Driver, who tempers his brooding Kylo Ren persona with true-blue fundamental goodness. The lush, slow-burning score by jazz great Terence Blanchard brings a period-appropriate elegance to the proceedings. And it should go without saying, but Lee really is a hell of a director; his aesthetic and sense of pacing are unmistakable, and when he’s in his element there’s no one who can touch him. And in a time and place when racial tensions are at their highest in decades, Lee’s brand of hyperarticulate outrage suddenly feels more important than ever. 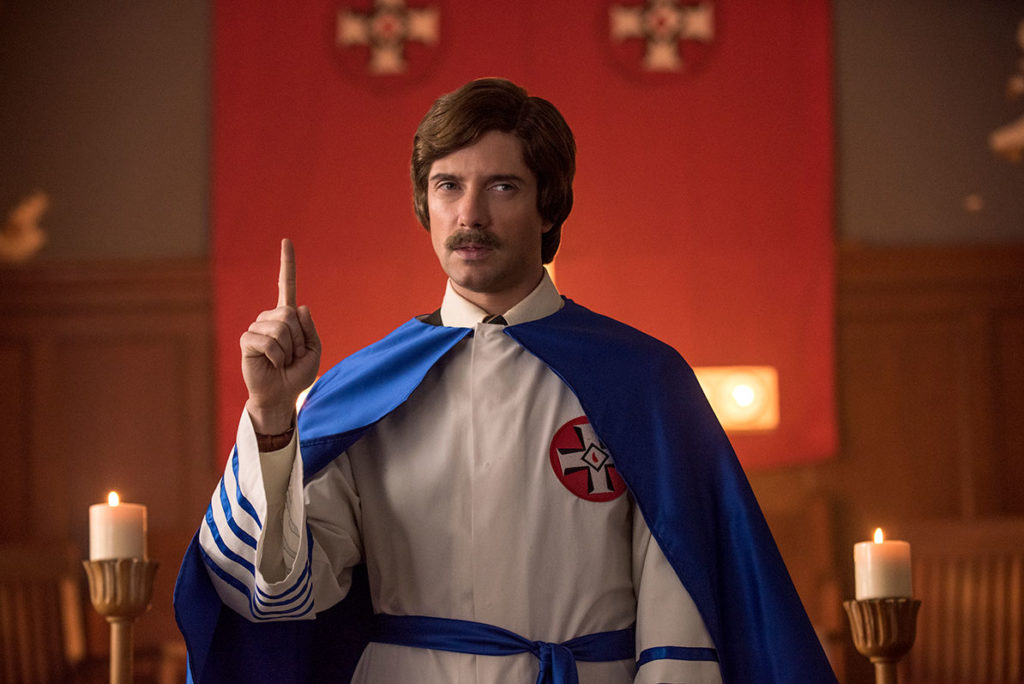 Portraying the Ku Klux Klan on film at this particular moment presents a challenge: they obviously need to be treated as unequivocally evil, but the alt-right’s disregard for context and impotent desire for power makes it just as dangerous to present them as the formidable opponents they imagine themselves to be. In BlacKkKlansman, Lee comes to an ingenious solution: while he treats racist groups as the deadly serious threat that they are, he offers no respect whatsoever to the racists themselves. Lee’s Klansmen are, without exception, troglodytic buffoons (including Paul Walter Hauser, playing essentially the same hulking boob as in last year’s I, Tonya), and Grace’s Duke is more Bill Lumbergh than Joseph Goebbels. Just as Mel Brooks spent his career taking the piss out of the Nazis, Lee presents the Klan as frightening, but not fearsome, a bunch of weekend warrior jackasses who are only as dangerous as the weapons they stockpile.

But, of course, those weapons are dangerous, and while BlacKkKlansman is a period piece set in the 1970s, it is also very clearly a movie about America in 2018. At one point, Duke fantasizes about electing a president who can “restore America’s greatness”; later, he leads the assembled Klansmen in a chant of “America First!” In one especially harrowing sequence, an aging leader (played by real-life civil rights icon Harry Belafonte) recounts the story of Jesse Washington, intercut with scenes of the Klansmen whooping it up watching Birth of a Nation. In the much-discussed final sequence, Lee inserts a montage of footage from the chaos at Charlottesville (the anniversary of which Lee deliberately chose for his film’s opening weekend). BlacKkKlansman is not a subtle film, but it doesn’t need to be– and, given the tenor of the moment, it shouldn’t be. We need a voice who’s willing to call out the abhorrence in power, without the offputting self-satisfaction of Michael Moore or Bill Maher. Spike Lee has never been one to pull punches, and in 2018, his return is a breath of fresh air– see his viral interview from Cannes, in which he refers to President Trump exclusively as “That Motherfucker.” There comes a time when you simply need to throw a brick, and few living filmmakers have as strong an arm as Spike Lee. 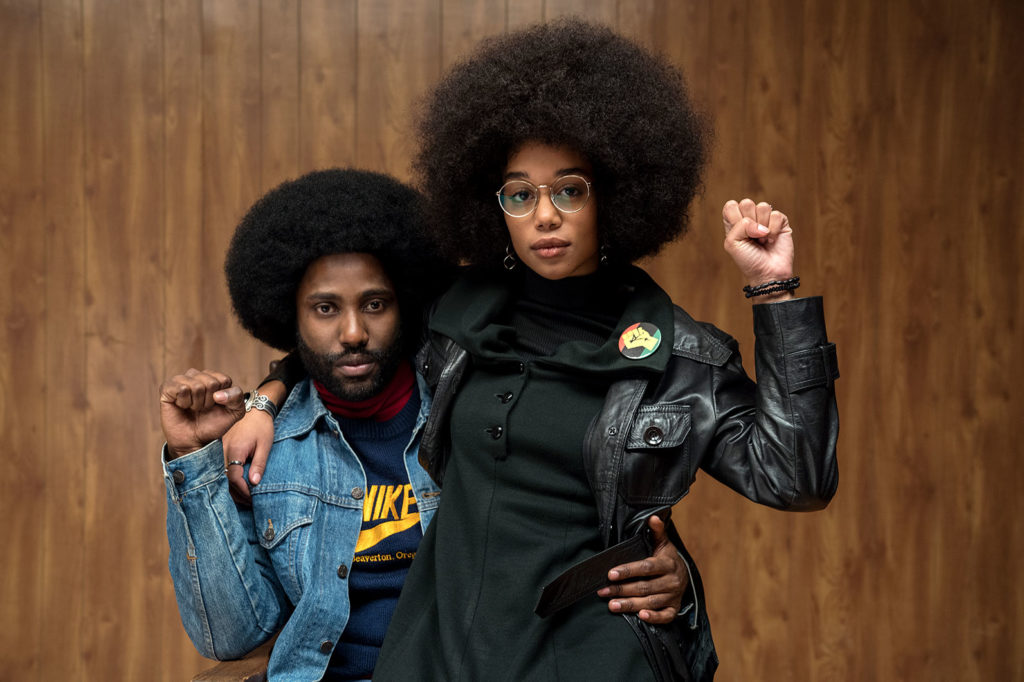 But what separates BlacKkKlansman from the outrage porn collecting on your social media feed is the hope, joy, and triumph with which it delivers its message. The evils it examines have obviously not gone away, but Stallworth and his team take demonstrable steps to quash it in their community, and, importantly, Lee allows them to celebrate and enjoy their success. In one of the film’s best running gags, the officers stifle their giddy laughter as Stallworth strings Duke along over the phone, and their anarchic mirth is contagious. To quote Sorry to Bother You, this summer’s other furiously funny examination of the white-voice phenomenon, “If you just show people that shit is fucked up without demonstrating what they can do about it, they’ll just accept it as normal.” In 2018, we know that shit is fucked up. In BlacKkKlansman, Spike Lee acknowledges and contextualizes this, but also lets the audience know that this evil is not insurmountable, that real people can, and have, defused and overcome hatred and violent rhetoric, and in doing so have saved lives. In that, he’s created a film that every American should see– not just because it’s important, but because they’ll like it.