Punk cinema is not always in your face. Sometimes, it might not even seem like punk cinema until you really dig deep into the depths of a film. Breaking social barriers, exploring taboo subjects in the most in-your-face manner, and throwing a big fuck you to the world of cinema; punk cinema is the greatest thing to have ever happened to underground film. Recently, it seems like the punk cinema mentality of throwing all rules out the window and making whatever you want is all the rage. I mean look at Logan: who would have known that an incredibly R-rated, brutal, and offensive solo Wolverine movie would have ever worked, especially in the face of the super safe and well thought out MCU, but here we are in July and it’s all of a sudden one of the biggest movies this year. Couple this with the fact that this year gave us so many shocking underground hits (Get Out, John Wick 2, this weekend’s amazing Baby Driver) as well as surprising big budget bombs (any animated film this year, Transformers *gulp* 5, The Mummy) and it seems like everything is right in the world of cinema! Lucky for us, this trend is just continuing its huge upwards swing, as I just got around to watching the most punk, middle finger to the world movie in a long time, The Little Hours.

Following a group of three incredibly frustrated and sexually oppressed nuns (Aubrey Plaza, Alison Brie, Kate Micucci), The Little Hours explores a world that doesn’t quite understand their wants and needs as they continue to work for a church led by Sister Marea (Molly Shannon) and the always drunk priest Father Tommasso (John C. Reilly). Meanwhile, server Massetto (Dave Franco), who serves for Lord Bruno (Nick Offerman), is secretly sleeping with Bruno’s wife Francesca (Lauren Weedman) behind his back. After being caught by Lord Bruno, Massetto decides to go on the run and seek safety and happens to run into Father Tommasso on his trip into town. Tommasso decides to bring Massetto in as the care taker for the church after the previous caretaker quits after being beaten and scolded by the three nuns. With the arrival Massetto comes an outburst of rebellion and pent up sexual frustration from the nuns in the most over the top yet carefully done manner. 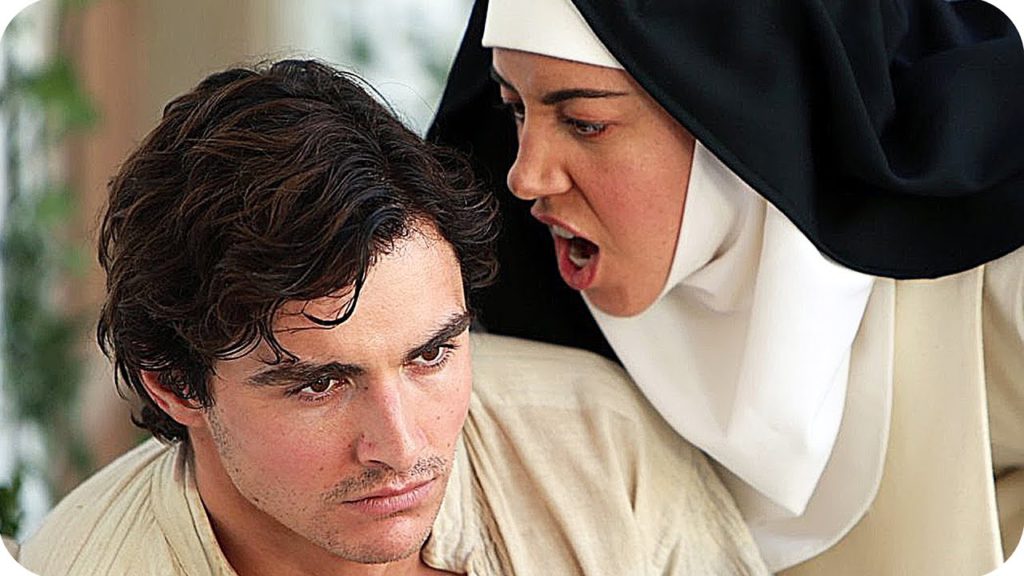 For what seemed like another typical low budget comedy, The Little Hours turned out to be a surprisingly dense and smart deadpan look into the world of oppressed women living in a society where their needs are frowned upon. As I stated earlier, this movie is as punk as punk cinema can get; instead of exploring these themes in a serious tone, directer Jeff Baena decided to just throw all the bullshit out the window and make a movie where these characters don’t just tiptoe around oppression, they break the barriers multiple times by throwing huge bricks into the face of the world. At the same time as going crazy, Baena carefully crafts this to make sure that it’s never too vile to the point where the actual motivations of these characters are seen as exploitative. A film like this could have easily gone off the rails real fast and ruined the whole point, but I was pleasantly surprised to see how condensed The Little Hours was into a nice, neat, and perfect 90 minutes. Exploring the themes of lost sexuality, oppression, and hypocrisy is a tightrope act that many directors are not good at, but Baena nails it, and I really hope this film catches on with people, because it’s a lot more important in this current political climate than many people would think.

I probably don’t even need to tell you how great the cast is. From the names listed above in the description to actors I didn’t even touch on like Fred Armisen, Jemima Kirke and Paul Reiser, this film is LOADED with the best of the best. Every single character gets a time to shine, and thankfully, no one is put to waste here. Even if a character like Armisen’s laugh-to-tears-inducing character Bishop Bartolomeo only gets 5 minutes, they let him shine in those 5 minutes and never overpower him with the main cast that we’re following. Those main cast members end up being Plaza, Brie, and Micucci, each with their own great personalities that play off so well with each other. Plaza is terrifying yet hilarious as Fernanda, Brie is charming as hell as Alessandra, and Micucci is always hilarious and constantly stealing the screen in any scene shes in as Genevra. They make up one of my personal favorite trios of characters I’ve seen in a long time, and if there is a main reason to watch The Little Hours, it’s just to watch these three riff off of each other for 90 minutes. The rest of this fantastic cast rounds out one of the best comedic scripts I’ve seen in some time. It’s smart, witty, dark as hell, and always hilarious. Rarely does a film stay funny for the full running time, but save for a kind of muddled last 20 minutes, the whole film is so consistent on its laughs that I personally can’t wait for a second viewing. 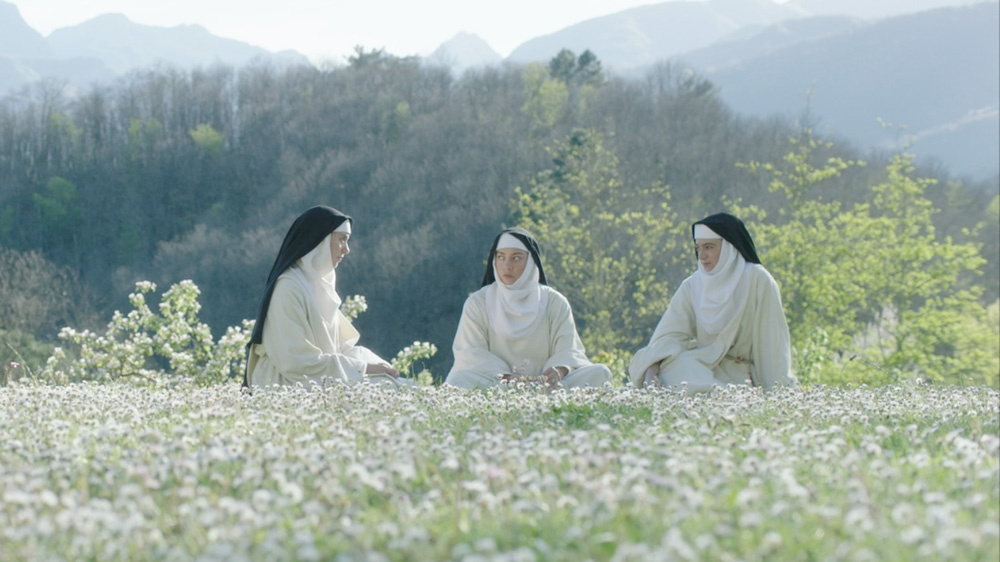 Acting as a weird stew of Monty Python satire, a bit of Seth Rogen’s stoner quality, Will Ferrell’s slapstick humor, a bit of surrealism and a dash of a riot grrrl attitude, The Little Hours is a genre bending film that will eventually become a cult classic, if it already doesn’t seem to be one right now. Jeff Baena crafts such a carefully constructed look at archaic and oppressive social norms and how they are so easily to be broken. This film is a mixture of social satire and surrealism, but don’t call it a sex comedy, because it is far more than that. It may start out that way, but as the film progresses, it turns into more of a deconstruction of the genre instead of an entry into it. The Little Hours looks into the world of sexuality through the lens of someone who sees the system that pushes it down and decides to say “screw this” and smashes it to pieces, and if that’s not punk cinema, then I don’t know what is.

Area Premier! Playing at the Brattle!