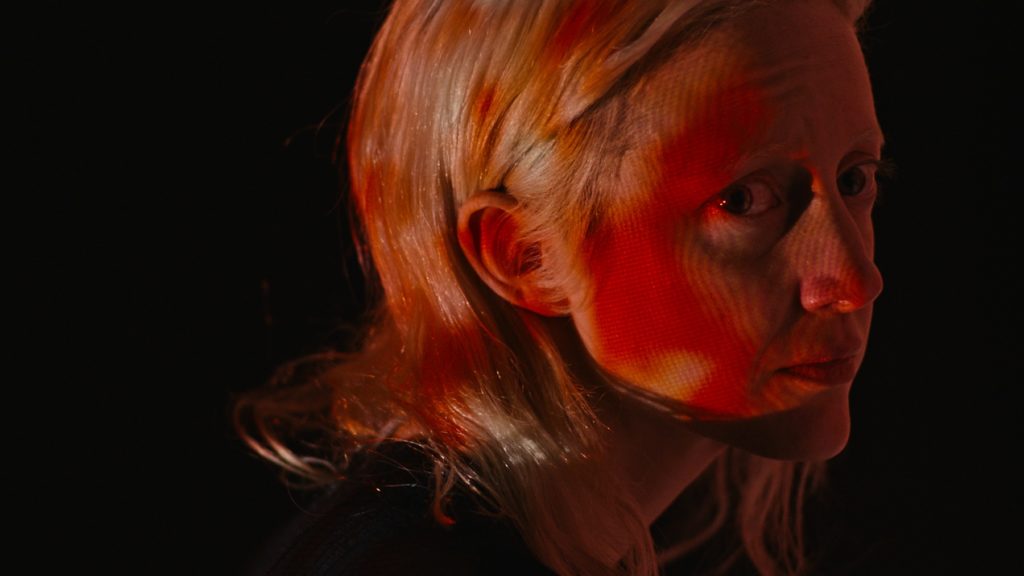 Looking back at my reviews over the course of this year, it strikes me how hard it’s been to separate the films themselves from the decidedly distracting events of 2020. On a purely rational level, this feels a little silly; with the exception of Host, most of the films released in 2020 were completed prior to the pandemic and political upheaval that have made this year such a joy. Yet it’s human nature to relate art to our own personal experience. It would be dishonest not to comment on the uncanny familiarity of the corrupt politicians withholding medications in Bacurau, of the complicated racial and political tensions in Da 5 Bloods, of the contagious, wriggling parasites of The Beach House. Watching a movie is a collaborative act, and your own circumstances can’t help but play a role in your perception.

It is notable, then, that the events of this tumultuous year were almost completely absent from my mind for the hour and forty-five minutes I spent watching Possessor, the resolutely disquieting new sci-fi/horror film from Canadian director Brandon Cronenberg. It would be wrong, of course, to describe Possessor as “escapist” entertainment in the vein of Palm Springs or Eurovision; rather, it is such a bold and aggressively strange film that it forced me to stop thinking about anything else. It’s not a breath of fresh air, so much as a nostril full of horseradish.

Andrea Riseborough (Mandy’s Mandy) plays Tasya Vos, a futuristic assassin who mind-melds with unwitting accomplices, commandeering their bodies to take out high-profile targets with ruthless efficiency. She works for an elite syndicate under the calculating Girder (Jennifer Jason Leigh), who takes care of the logistics and feeds Vos her “narrative”– that is, her vessel’s supposed motive for killing her target. Her latest mark is data-mining tycoon John Parse (Sean Bean), whom she will access by inhabiting his dirtbag son-in-law, Colin Tate (Christopher Abbott). But possession, it seems, is tricky business; when back in her own body, Tasya needs to re-train herself to functionally communicate with her young son and ex-husband, and there is always a risk of losing oneself in the transfer. Once inside Colin, Tasya finds herself somewhat foggy-headed, and begins noticing glitches– odd, seemingly tangible bits of fluff floating before her (his?) eyes, complemented by the occasional blackout. Things deteriorate from there, and when the time comes to return to her home skull, things get… complicated. 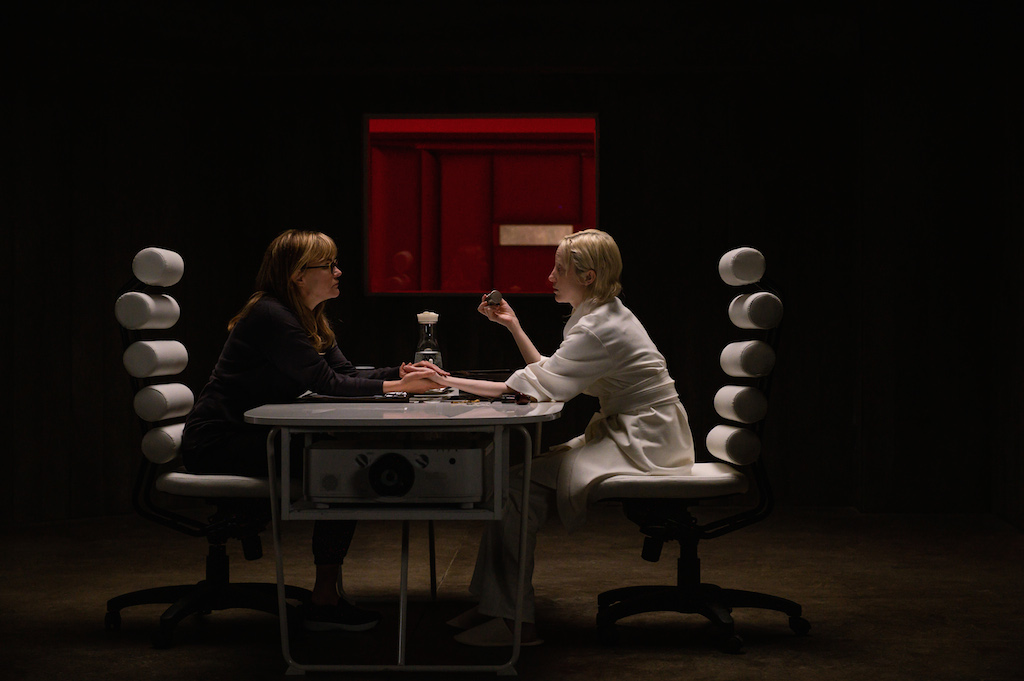 Brandon Cronenberg is, of course, the son of David Cronenberg, the poet laureate of the VHS horror era and the man who made “body horror” a household phrase. I’m by nature suspicious of celebrity offspring whose work hews too closely to their parents’ (consider the case of Lon Chaney, Jr., a man born to play character roles in westerns, yet doomed to a lifetime of ill-fitting horror leads). But while the younger Cronenberg proves himself adept at the family brand of chilly queasymaking, he makes it distinctly his own. The DNA of Cronenberg the Elder runs through every frame of Possessor, but it’s tough to imagine him making a film quite this brutal. Possessor is a slow burn, but once it moves, it’s on top of you. Imagine if Scanners got into the Brundlepod with John Wick, and you’ve got an idea of how hard this movie goes.

Yet, watching Possessor, I also found myself reminded of a different ultra-stylized neo-noir: Blade Runner. Like Rick Deckard, Tasya Vos drifts through this technological nightmare with the world-weariness of a hard-boiled detective, albeit with a sharklike amorality that falls closer to Roy Batty (with her detached mannerisms and deathly pallor, Riseborough often feels like an alien walking among us, perhaps from the same planet as Tilda Swinton and Cate Blanchett). But where Blade Runner imagines its (now past) future as a Tokyo-like assemblage of neon and hovercars, Possessor presents something much more chillingly mundane. Tasya’s world, as we see it, is an endlessly overcast sprawl of industrial parks and blandly affluent high-rises. Even Girder, in charge of a global organization fueled by fantastical technology and diabolical bloodshed, lays out Tasya’s assignments with all the passion of a corporate project manager describing an upcoming deliverable, or an advertising executive planning an ambitious yet uninspired campaign (Leigh is excellent in the role, the latest in a series of offbeat projects including Good Time, Annihilation, and Twin Peaks: The Return). Tate’s job for his father-in-law consists of strapping on a pair of VR goggles, peering into unsuspecting consumers’ homes, and logging and describing any visible curtains and drapes. Like the best satire, it’s horrifying in its plausibility.

But, of course, this is not the horror that will likely linger in your mind as the credits roll. In a bit of ballyhoo worthy of William Castle, the version of Possessor currently playing theaters and drive-ins is being billed as the “uncut” version, and while this designation feels cheeky for a first-run film, one can easily sense the cuts that could have been made. The flashes of violence are graphic, visceral, and thoroughly gooey, and there are a handful of explicitly anatomical sex scenes that go far beyond the current norm. These excesses come in the blink of an eye, all the more disturbing for their drab surroundings. This world is a subversively dangerous place, and it’s not that far from our own.

But, again, my mind wasn’t on the real world while I was watching Possessor. Once this film gets its hooks in you, your eyes won’t drift to the horrors constantly scrolling on your phone; whether you want to or not, you won’t be able to look away. We haven’t seen many horror films simultaneously so graphically disturbing and so smart since, well, the days of David Cronenberg. Depending on your disposition, this will either be a movie to avoid like the plague, or the exact thing you need right now. I don’t think it’s a secret which camp I fall in.