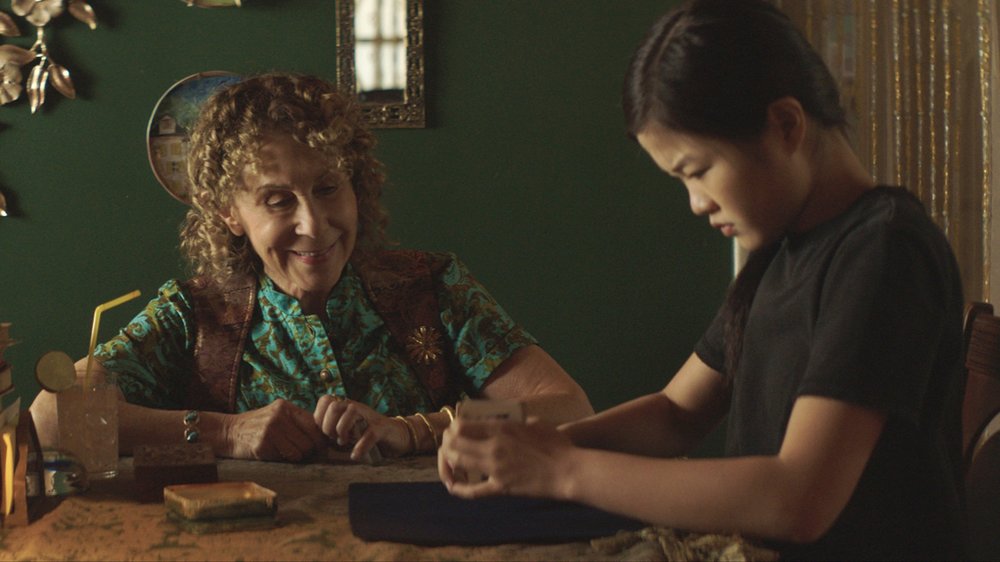 The Manic Pixie Dream Girl is a term that I’d broach in a conversation. Long buried as an outdated character outline and regretted by the term creator, the thought of discussing the MPDG trope can be dicey. When someone uses it for today’s movies, is it for a legitimate reason or is it a cape for misogynism towards a character? Yes, some characters are built as the quirky, free, and Cool™ ladder for a male protagonist, but I think an important key to the MPDG’s existence is its counterpart: the sullen void of a male character.

I bring this up because this equal-parts dynamic appears in Kate Tsang’s Marvelous and the Black Hole between two unlikely characters. Sammy (Miya Cech), is a sour teenager who lashes out in school and at home following her mother’s death. Dismayed, her father gives her an ultimatum: go to an introductory business class at a community college (I may have missed out the specificity of the request) or be sent away to youth military camp. Sammy often plays through fantastical scenes in her head, and so images of white scrawny boys doing push ups convince her to choose the after-school class. Bored, she runs into Margot (Rhea Perlman) performing a magic show in front of children. Even with Sammy’s rough persona and Margot’s whimsical yet wise approach, their paths meet in a delicate intersection for change.

Sammy is a difficult character to like, mainly because she is so dang rude for most of the time (out of caution for bias, I might have to bar myself from watching movies about teenagers for a while) that her grief is buried and forgotten under exterior actions and words towards her father, potential step-mom, and sister. When Margot appears to relieve the mounting tension, it’s almost unfair to put so much of the movie’s likability onto her character and Perlman’s performance. But she finesses angst and poor decisions with sage advice, representing a sort of Mrs. Frizzle, guiding through emotional turmoil.

If it’s not clear, Margot is the “MPDG” to Sammy’s sullen void (or, more blatantly, the Marvelous to the Black Hole). If it sounds I’m trying to pigeonhole these characters into something, I get it because it’s probably not the first or second thought that comes to anyone’s head after seeing this. But what makes this magical is that Margot leaves an impression that affects both Sammy and the viewer who may have had an adult figure, especially in a fleeting role, that has changed their life. Even more, Sammy also affects Margot, who has endured tragedies that had led to the moments and people that they are now. Like a beginner’s magic trick, Marvelous and the Black Hole has a sparkle of magic through frustrated attempts and enthusiastic connections.

Now playing in select theaters (though not presently anyplace local, it seems)