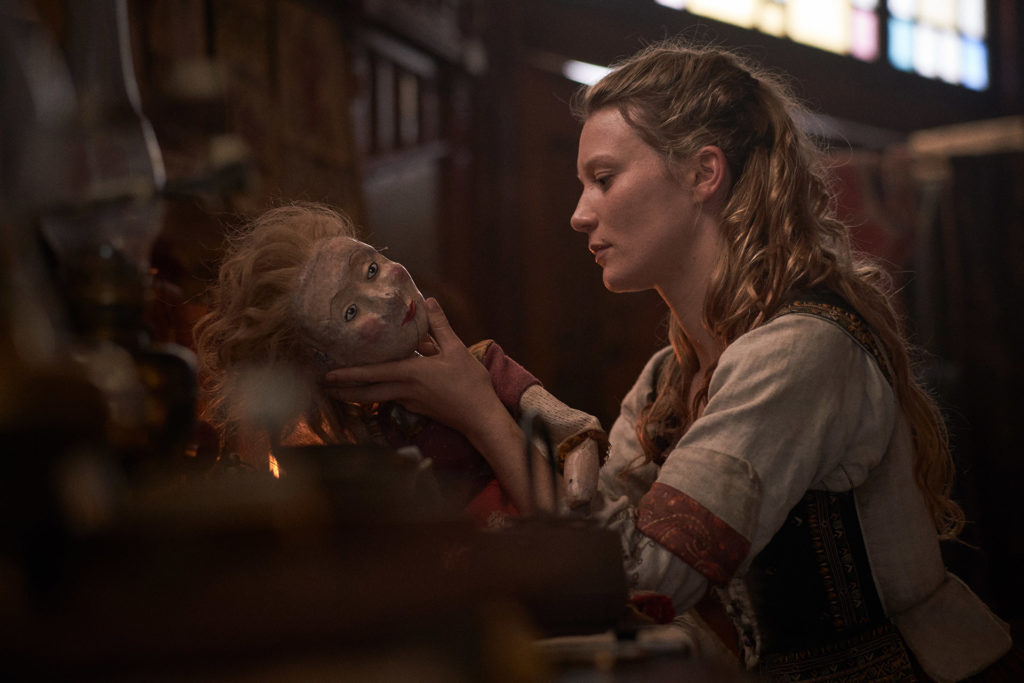 There’s a tendency in Hollywood– I want to say it’s waning, but that might just be wishful thinking– to create big screen “adaptations” of any property, however spurious, in hopes that pure lizard-brain recognition will somehow translate into box office dollars. This practice has become so common at this point that it scarcely registers: of course they made a big-screen Battleship movie starring Liam Neeson and Rihanna. We simply accept these films, roll our eyes, and maybe go see them when we need air conditioning and there’s nothing better playing. Yet for every hundred-or-so soulless cash-in adaptations, there will be one work of mad genius that absolutely shouldn’t work on paper, but does. Who would think that process-of-elimination board game Clue could translate into a meticulously-written drawing room comedy starring one of the greatest comedic ensembles of the ‘80s? Or that a line of lurid trading cards would become one of the most gleefully anarchic satires ever to come out of Hollywood? There’s probably no universe in which Robin Williams doesn’t star in a live action Popeye movie, but how did we wind up in the one in which that movie is a collaboration between Robert Altman, Jules Feiffer, Harry Nilsson, and Robert Evans? There are just enough of these films out there that we can’t discount adaptations of flimsy source material out of hand, for fear of missing out on another weird little gem.

The latest entry in this peculiar sub-sub-genre is Judy & Punch, the feature debut from Australian filmmaker Mirrah Foulkes. As you might glean from the title, Judy & Punch draws its inspiration from Punch and Judy, a 500-year-old puppet show about a man who hits his wife with a stick while shrieking nonsense. It is, in short, the thinnest source material imaginable for a feature film, a literal one-joke concept designed to appeal to the basest impulses of a pre-literate audience. Yet Foulkes uses this framework to craft something special: devilishly funny, occasionally harrowing, and wholly original.

In this version of the story, the title puppets are, themselves, the puppeteers, packing the dingy music hall in the woodland town of Seaside (which, the opening titles note, is “nowhere near the sea”) with their bawdy, homemade marionettes. The star of the show is the charismatic Professor Punch (Damon Herriman, best known for playing Charles Manson in both Once Upon a Time in Hollywood and season two of Mindhunter). Punch is supported, figuratively and often literally, by his long-suffering wife Judy (Mia Wasikowska), a gifted marionettist tasked with caring for their baby daughter, performing the show’s trickier feats, and keeping her husband off the sauce. As anyone with a passing knowledge of puppet history might guess, she fails in this last task, driving Punch to a series of increasingly shocking and violent acts. One thing leads to another, and a desperate and debauched Punch leaves Judy for dead in the forest, blaming his crimes on doddering butler Scaramouche (a scene-stealing Terry Norris) and his wife, Maid Maude (Brenda Palmer). But Judy is rescued by a “heretic camp” of Seaside outcasts, and inevitably begins plotting a revenge that matches the atrocities visited upon her– and then some. 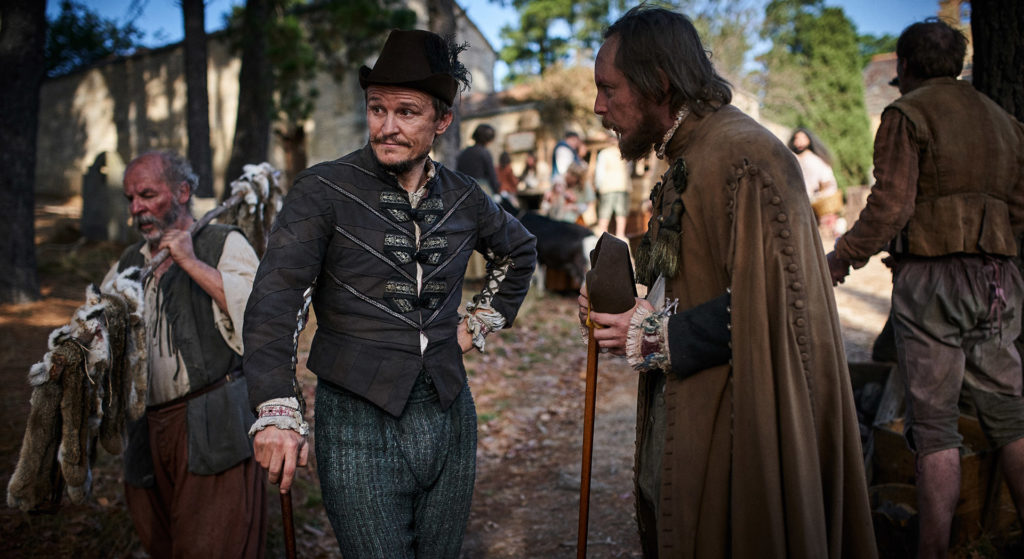 As is to be expected from the premise, Judy & Punch is, in many ways, a ridiculous movie. The citizens of Seaside are essentially walking cartoons (many are direct realizations of the original supporting puppets), and their behavior is brutish to the point of caricature; accused witches (whose “crimes” include “staring at the moon for an unusually long time”) are executed in a townwide celebration called “Stoning Day.” Yet when it comes to the violence of Punch’s acts, Foulkes pulls no, er, punches. This isn’t exactly The Nightingale (which incidentally also features Herriman, playing a character somehow even more odious than Manson), but when the whacking stick comes out, it’s no laughing matter. Judy & Punch is often very funny, and its whimsy keeps it from becoming a chore to watch, but Judy is portrayed as a real character, and her struggle is entirely serious.

With his louche mannerisms, taste for rum, and gaudy eyeliner, Punch could easily be read as a dark parody of Captain Jack Sparrow– which, by extension, calls to mind Johnny Depp’s very public fall from grace. While Judy & Punch draws its inspiration from centuries-old material, the axe it wields is distinctly modern. Punch is an entertainer beloved by his community, and his public will gladly turn a blind eye to his crimes in order to continue enjoying his puppet show. More to the point, the authorities are firmly in his corner, planting evidence and extracting confessions to keep their town’s favorite son comfortable. If all of this sounds disconcertingly familiar, it’s by design, and Foulkes refuses to let Punch and his enablers off the hook. Judy & Punch may take on the appearance of a fairy tale, but candy-coated escapism it is not.

Which, again, makes it all the more remarkable how enjoyable it is to watch. I hesitate to call it fun, necessarily, but Foulkes keeps the proceedings moving with enough style, flamboyance, and jet black humor to keep you smiling in spite of yourself. While its shifting tones may prove discomfiting to some viewers (and its resolution may be just a hair too pat), Judy & Punch is a dazzlingly strange piece of work, and one I won’t soon forget. As Mel Brooks once said, “Tragedy is when I prick my figure; comedy is when you fall down a manhole and die.” In Judy & Punch, all four are the same thing.

Now available for rent on VOD