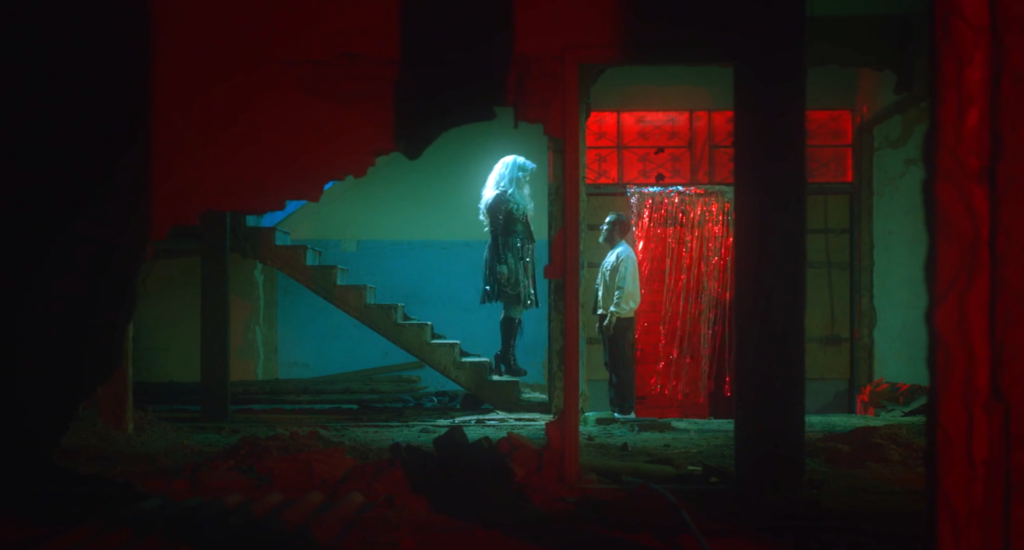 With translation provided by the film’s star Leandro Faria Lelo, I spoke to Dry Wind director Daniel Nolasco about his film, its influences, and gay culture in Brazil.

BOSTON HASSLE: Sandro is a very quiet protagonist. What was it like writing a character who emotes through facial expressions far more often than words?

DANIEL NOLASCO: The process was simple. The character was always extremely quiet, but the art director and cinematographer had to work extremely hard to find camera movements to express those feelings for him.

BH: What is gay culture like in Brazil in your experience? I’ve now seen Dry Wind and other Brazilian films that touch on the subject like Bacurau and Aquarius, but there’s still a lot I don’t know.

DN: Brazil is a big country, so we have many different gay cultures. The north has one kind of gay life, the south has another. We tried to present gay life in the countryside of Brazil, in conservative cities with conservative ways of life.

Those films you mentioned show the country’s diversity. Bacurau is in one region, Aquarius in another, and Dry Wind is in the countryside. With these three movies you can see different sides of LGBT culture.

BH: Is there still a big leather scene in Brazil? I was unsure if it was more relevant to Sandro’s fantasies than reality.

DN: There is a leather culture in Brazil but it is a small one and basically just in São Paulo. The leather culture came from the countryside way of life, the jobs. They work with cows in this type of work. I tried to connect this culture to the leather fetish culture.

BH: Could you tell me more about who inspired the character of Paula?

DN: There is a movie producer in Mexico named Paula Astorga. She saw the script before shooting. The character is an homage to this person who helped the scenes of the film come together. Also, Paula reflects the strength of the women of my family, the women who work alongside the men in the countryside. She represents that strength.

BH: Maicon is like a Tom of Finland drawing that came to life. Can you talk about the cultural references in the film?

DN: We tried to put many kinds of references in Dry Wind. One came from Tom of Finland, then pornographic movies from the ‘70s and melodramas. Then of course the culture of the countryside of Brazil, the sounds, the way of life is very present. We also looked at pop culture, movies like Top Gun and Wonder Woman. The [pornographic] actor Al Parker inspired the character of Sandro.

BH: The sex scenes are very realistic while Sandro’s fantasies are heightened. Was your intent to contrast reality and fantasy?

DN: The most important thing is to show the possibilities of desire. Here in Brazil, we tend to clean up the sex, make it a normal or simple thing. I wanted to portray different kinds of sex and show that they are good and are okay to feel. I want people to see a film with kink-positive sex.

Dry Wind is available to stream via NewFest until Tuesday, 10/27.