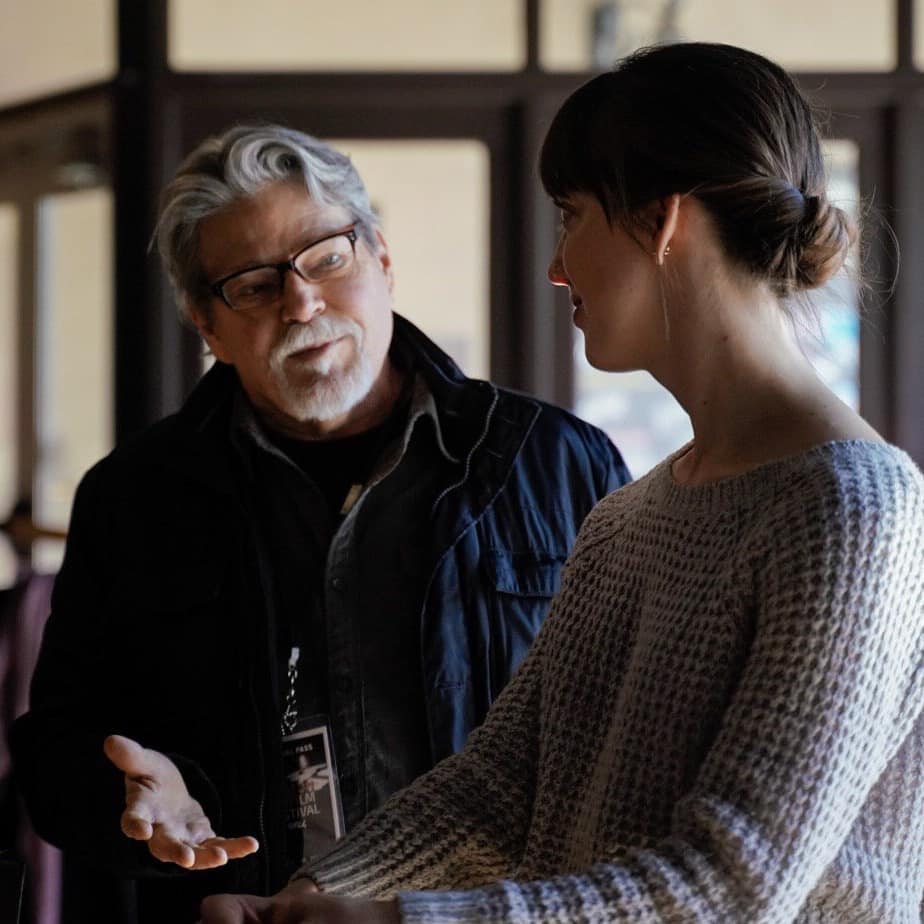 Like an alien creature slumbering in the depths of the ocean, you can’t keep a good festival down. Now entering its 47th year, the Boston SciFi Film Festival is the longest-running genre film festival in the country, and not even a global pandemic could break that streak: last year’s installment saw the fest metamorphose into an all-online event, up to and including its storied festival-closing 24-hour marathon. As we move into this year’s spring festival season the world appears to be in a sort of halfway state on the road back to normalcy, and Boston SciFi is following suit with a “hybrid” model, with bountiful programs slated for both the big screen at the newly reopened Somerville Theatre and the fest’s digital platform. On the eve of the SF47 opening night, I spoke to festival director Garen Daly about the trials of navigating these uncertain times, as well as science fiction’s unique ability to tackle the problems of today by looking toward the future.

BOSTON HASSLE: The last time we spoke, you were just about to launch last year’s virtual festival. What was that experience like?

GAREN DALY: Interesting. There are so many dynamics going on all at once. Some of it was working the team, and the team coming up with some very creative ideas on how to do it. At the same time, we were trying to understand: is there a capacity for a virtual marathon, and how is that going to play out? As it turned out, it played out pretty well, and we learned a lot. The big thing that we took away from it is that virtual is just another movie theater. People are talking about hybrids– I’m not sure exactly what they mean by what a hybrid is. For us, we have the Somerville Theatre, which we love– we’ve been there for almost two decades– and now we have the virtual thing. So we have two sets of different programming, one for live and one for virtual. And we’re hoping that that’s going to expand our audience.

GD: That’s a good question. The biggest factor was trying to balance out good films on both sides of the equation. But also, who is going to be actually attending? Because we’ve got films from China, we’ve got some films from the UK, we’ve got some films from Spain, we’ve got some films from South America– those people are not going to be traveling. So that made it a little easier to say that we should put that into the virtual thing, so everybody has access to it. And when we say everybody has access, there are restrictions on what you can do and can’t do in the virtual world. The first one is what is known as digital rights management, or DRM. That basically means the film is watermarked, and it’s protected against piracy. Then there are other things like geoblocking, which says where it can be seen, and limitations in terms of how many tickets you can actually sell. Because people who own the rights to the films are naturally a little nervous about putting something on the internet that is not protected, so making sure the producers or the directors or the distributors or the sales agents are satisfied with what we’re doing becomes another factor. But the main thing is making sure that we balance out quality film on both sides.

BH: What are some of the films that you’re excited to be showing this year?

GD: You know, I get excited every time we do this, but the programming team did a really, really good job. I’ve got a couple of really good people, like Angela Burgess, and Catarina Cesar, and Suzzanne Cromwell, who have done an incredible job. On the live side, we’ve got this really wonderful Irish film called You Are Not My Mother, which is coming out into theaters in a couple of weeks, and going to streaming in a couple of months. It’s directed by a young Irish woman , and it’s a riff on an old Irish folk tale updated into Dublin. This is something we’ve been seeing lately: how folklore is influencing how horror is being made. A lot of folks are taking old horror stories and updating them for the 21st century.

We have a great little doc called Alien on Stage, which has played around a little bit, which is about those folks in England who decided to make a stage production of Alien, and the joys, and trials, and their gumption to be able to put it together. It’s just delightful. It’s like folk art in the making, you know?

We have another one called El Corazon de la Luna, which means “Moon Heart.” It’s a Peruvian film about a homeless woman who ends up befriending an alien visitor. It’s one of those films that we saw a lot of this year, which use sci-fi tropes to talk about the human condition in a way that is charming, as well as illustrative. Another one like that is a film called We Are Living Things, which is a story of two people– one is a Mexican illegal immigrant, and the other is a Chinese woman who was brought to the United States via sex trafficking– and both of them have had experiences with UFOs, and they meet and they go on a journey together. It’s all about outsiders in the US world; they have different experiences, but they’re joined together by their UFO experience. It’s another one of those films using sci-fi tropes to talk about some very serious conditions in the world today.

There’s Ike Boys, which is another great little film directed by Eric McEver. He actually met the writer at SF46, and they decided to collaborate. It’s a wonderful paean to anime, growing up in the ‘90s, and loving John Hughes films. We’ve also got a double feature. Ian Judge, our classic curator, who is also the GM at the Somerville Theatre, put together a classic double feature of The Day The Earth Stood Still and Jason and the Argonauts on 35mm, in technicolor. When was the last time you saw a creature double feature? Those are the kinds of things that we love doing. The breadth of science fiction goes from the silents to right now. Some of the very first films were science fiction films, the films that are making the most money these days are science fiction films. And what we’re showing is the films where the young storytellers are coming up and showing their chops– and they have got good chops.

BH: What can festival goers expect from the marathon this year?

GD: Ian, our classic curator, decided to tackle the pandemic and the world of viruses head on. So we’ve got Outbreak, we’ve got The Omega Man, we’ve got I, Robot, we’ve got a number of films that show different versions of how humanity is challenged by the environment when they muck things up. We’re literally approaching it head on, because we like to stay true to our motto: “The future is now.” So why not talk about what’s going on? We don’t necessarily do a lot of escapism. The marathon has its escapist moments, but it’s also a little serious with the fact that we are still in a pandemic, and we, as a society and as a culture, have not done well. And we should talk about that. That’s something I love more than anything about science fiction. You go back to Star Trek in the ’60s, you go back even further in any direction you want to go, and science fiction is always tackling some of the more difficult topics, and making sure that we talk about them. I think that is a healthy thing.

The 47th Boston SciFi Film Festival will run virtually and at the Somerville Theatre Wednesday, 2/16 through Monday, 2/21. For schedule and ticket info, click here.