And so, at long last, we come to the end of my imaginary journey to Austin’s legendary South by Southwest. It was a bittersweet day: I bid farewell to my favorite seat in my virtual theater, checked out of my hotel (my cat played the part of the concierge), and sat listlessly for an hour as I pretended to wait for my flight at Austin-Bergstrom International Airport, the name of which I may or may not have googled just now. It was a wonderful trip, but it’s nice to finally be back home.

All kidding aside, I decided to spend my last day of the festival catching up on some of the documentaries I missed at the time of their debuts. First up was Alien On Stage, a delightful little film about a scrappy team of middle-aged bus drivers in Dorset, England, who somehow hit upon a novel concept for their annual Christmas pantomime stage play: rather than the traditional audience-participation Robin Hood review, they opted to faithfully adapt Ridley Scott’s 1979 sci-fi/horror classic Alien, complete with sets, handmade special effects, and a papier-mache head knocked off an actor’s shoulders. The play, understandably, was initially met with confusion, but when filmmakers Danielle Kummer and Lucy Harvey stumbled across the production, they made it their mission to spread the news of this strange little wonder. As word of mouth spread, the troupe were invited to put on their show at the Leicester Square Theatre in London’s historic West End. Over the course of the film, Kummer and Harvey follow this band of misfits as they prepare for the big time.

As you can probably imagine, Alien On Stage is quite simply charming as hell. The cast and crew of the Dorset Bus Drivers theatrical troupe all seem like humble, good-hearted people who accidentally stumbled into an odd little version of fame, and it’s a genuine pleasure in watching them enjoy the ride. There is a bit of a dramatic arc, as the director stresses about whether the actors are taking the production seriously or can remember their lines, but this feels a little like padding (would there really be a movie if it turned out to be a disaster?). The heart of the film, and rightly so, is the production itself, a condensed version of which takes up much of the final third. The invention and good humor of the play is infectious, as is the enthusiasm of the audience (the crowd audibly goes wild when the actor playing the John Hurt character enters with a visibly padded chest). There’s simply nothing like hearing Scott’s hard-boiled space dialogue read in thick, working class English accents, and the shoestring effects are actually quite impressive. At the end of the movie, we learn that the Leicester Square theater has invited the drivers back for a yearly engagement; once air travel and live theater are things that can happen again, I just might make the trip. 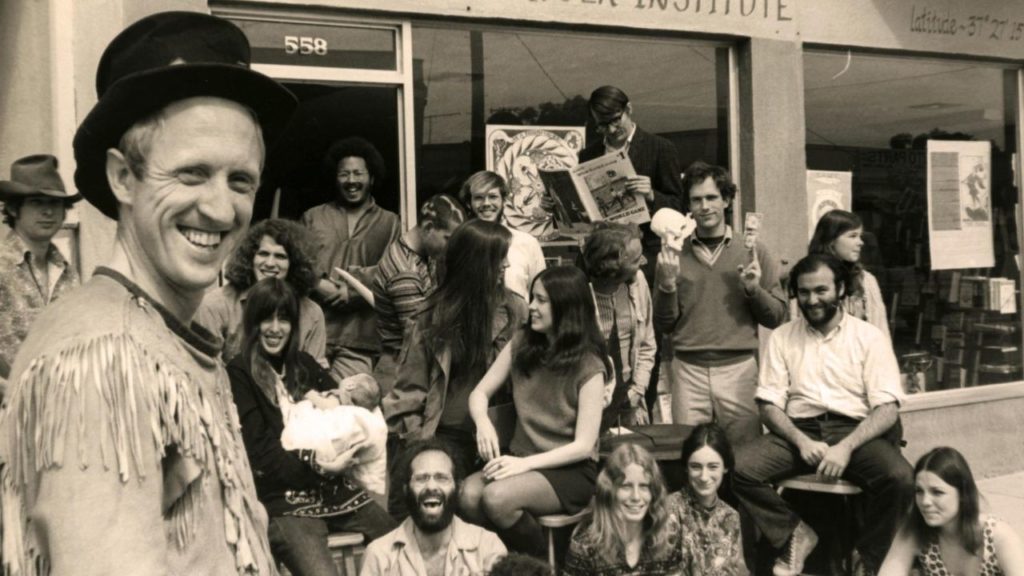 Slightly less user-friendly, but no less engaging, is We Are As Gods, a headspinning documentary about countercultural hero turned environmental futurist Stewart Brand. Brand was something of a Zelig figure in the techno-freak sphere of the latter half of the twentieth century: a Leary-esque college professor who dropped out to become a charter member of Ken Kesey’s Merry Pranksters, founded and edited the foundational crunchy-hippie text The Whole Earth Catalogue, and served as spiritual advisor to Steves Wozniak and Jobs during the creation of Apple Computers. Now in his eighties, Brand has turned his sights on even more global concerns: the effort to “de-extinct” such lost species as the wooly mammoth, the passenger pigeon, and the American chestnut tree. Brand’s hope is that, by reintroducing these plants and animals, we can reduce or reverse at least some of the damage wreaked by climate change– though, like Jeff Goldblum’s Dr. Ian Malcolm before them, some scientists and environmentalists question whether this is really as good an idea as it sounds.

I’m a little embarrassed to admit that I was mostly unfamiliar with Brand going into this film; I’d read The Electric Kool-Aid Acid Test, of course, and dog-eared copies of The Whole Earth Catalogue have been familiar totems at new age bookstores and parents’ friends’ houses for as long as I can remember, but somehow Brand himself has eluded me. He’s a fascinating figure, probably equal parts visionary and oddball, and an endlessly entertaining raconteur. Interestingly, directors David Alvarado and Jason Sussberg avoid an overly wide-eyed portrait of their subject, with a number of critics (including the legendary actor Peter Coyote) expressing serious ethical and ecological concerns regarding his vision of de-extinction. I’m not going to pretend to be able to speak to this debate with any level of authority (though, on a purely emotional level, I sure would love to see a mammoth)– but then, my enjoyment of new age texts has always been more aesthetic than credulous. Alvarado and Sussberg nail that feel, with a visual style copped directly from Whole Earth and an original score by Brian Eno (who also appears as a talking head). Is Brand a genius or a crackpot? I don’t know, but, to quote another seeker of the truth, I Want to Believe. 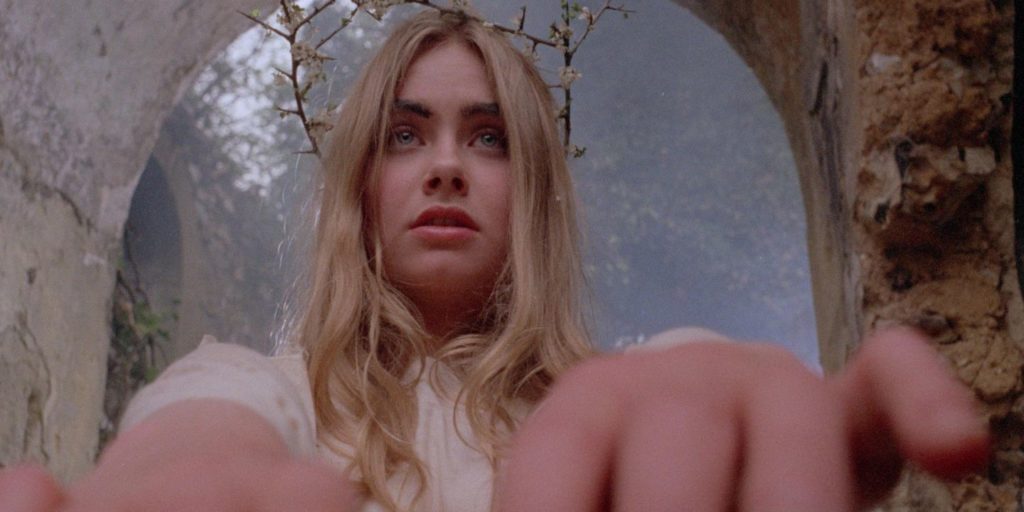 My final selection from SXSW was perhaps my most anticipated: Woodlands Dark and Days Bewitched, the astoundingly comprehensive new documentary about so-called “folk horror” from the great film historian/curator Kier-La Janisse. Folk horror, as it’s generally defined, is a subgenre (or rather, as one interview subject deems it, a mode) of filmmaking which derives terror from the creepy back pages of folklore. The term is most often associated with sun-dappled English horror films from the 1960s and ‘70s (the genre’s rise largely coincides with the popularity of such British folk revival bands as Fairport Convention and Pentangle), specifically the “Unholy Trinity” of Witchfinder General, The Blood on Satan’s Claw, and The Wicker Man. But over the course of more than three hours, Janisse and her assemblage of experts spin the term out to include more modern British works (including a number of BBC children’s productions); American films dealing with indigenous peoples, isolated white settlers, and the folklore of the African American diaspora; and, most dazzlingly, films from around the world, ranging from Japan to Brazil to Australia to Lapland, highlighting both the common threads and the aspects that make each of these cultures unique.

Unlike other recent, similarly voluminous genre film documentaries, Woodlands Dark is not a mere VH1-style clip show, with celebrity fans running down a list of their favorite movies. Rather, this is a serious exploration of the form, with filmmakers, critics, and folklorists weighing in and taking enough diverse angles to make your head spin. It’s exhaustive, and occasionally exhausting (as with any doc of this length, I imagine most viewers will watch it on an installment plan), but it’s also exhilarating. No matter how much of a horror obsessive you are, I guarantee you there are films and shows featured here that you have not seen, or even heard of (I highly recommend keeping a notepad handy to jot down titles, because they come fast). It’s also a welcome reframing of horror as a genre, busting out of the established western canon into something truly kaleidoscopic. Like the best folk horror films, Woodlands Dark lifts the lid on a strange, dark world, the likes of which you previously never imagined.

This concludes our coverage of the 2021 SXSW film festival. For previous dispatches, click here, here, here, and here.