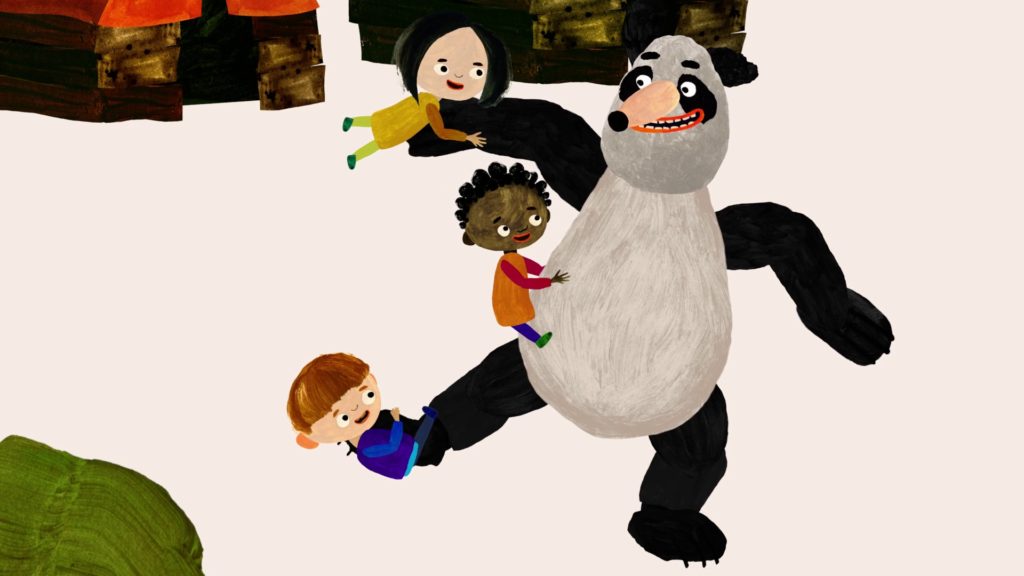 It’s probably safe to say that this pandemic hasn’t been easy on anyone, but imagine what it must be like for a child: stuck at home, with no access to your friends or usual activities, reliant on their increasingly harried parents for entertainment. Fortunately, there are plenty of folks out there stepping up to fill the void. For eighteen years, Belmont World Film’s Family Festival has brought children’s stories from around the world to the big screens of the metro Boston area. Though the screens may be decidedly smaller this year, Belmont World Film perseveres, bringing a dazzling array of films and live events to their newly minted streaming platform. In advance of this year’s Family Festival, we spoke to Belmont World Film’s Ellen Gitelman about the challenges of transitioning to an online festival and the importance of stories to children in all times.

BOSTON HASSLE: For the unfamiliar, what can you tell me about the mission and the history of the festival?

ELLEN GITELMAN: Thanks for asking! Belmont World Film’s Family Festival is geared toward children ages 3-12 and their families. We aim to create understanding of other cultures, as well as fluency in the language of film, through the screening of films from around the world in multiple languages and film-related workshops. Since most of the films we show are based on children’s books, the festival also aims to foster a love of books and reading and to increase literacy, especially since many of the films are in other languages with subtitles (in normal times, we have a professional announcer who read subtitles out loud that is fed through headphones for younger children or for children with reading issues).

Belmont World Film’s Family Festival was founded by Rebecca Richards in 2003, a year after Belmont World Film’s founding. That first festival was just two days long and featured two programs of short, animated films based on best-loved children’s books from Scholastic/Weston Woods Studios, as well as two feature-length films! Eighteen years later, we are still partners with Scholastic/Weston Woods Studios, and now regularly show three festival-curated programs of their films: a program of their newest, never-before-seen films, a program of films based on Mo Willems’ picture books, and a program honoring Dr. Martin Luther King, Jr., featuring films based on books about Dr. King and his contemporaries and his ideals, since the festival now takes place during Martin Luther King Day weekend.

Each year we also offer several workshops. For example, this year Joyce Kulhawik and Boston Globe film critic Ty Burr are conducting a two-day Junior Film Critics Workshop for kids aged ten and older, and the senior model maker from Aardman Animations (the Wallace & Gromit films) will be leading three workshops on modeling Gromit and Shaun the Sheep out of clay. Every in-person festival also always includes a live, interactive performance connected to a children’s book or story. We’ve hosted the folks from Circle Round (the WBUR podcast that reinvents folktales for children), The Very Hungry Caterpillar Show, a program of George Melies’s (featured in the film Hugo) silent films set to live music and commentary, and much more. We decided not to do a live show this year for obvious reasons.

Besides the live events, workshops, and the Scholastic/Weston Woods programs, the festival usually features at least ten other live action, documentary, and animated feature length films, as well as curated short film programs from all over the world. They represent some of the top children’s films available today.

The festival has moved around a lot– both in terms of location and time of year– but we are firmly committed to holding the festival during Dr. Martin Luther King Day weekend in Arlington, Belmont, and Cambridge– what I call the ABC’s of Greater Boston. We are committed to making the festival accessible to people from all backgrounds and abilities. We try to make it affordable for low-income families by offering reduced ticket prices to EBT, WIC, and ConnectorCare cardholders. 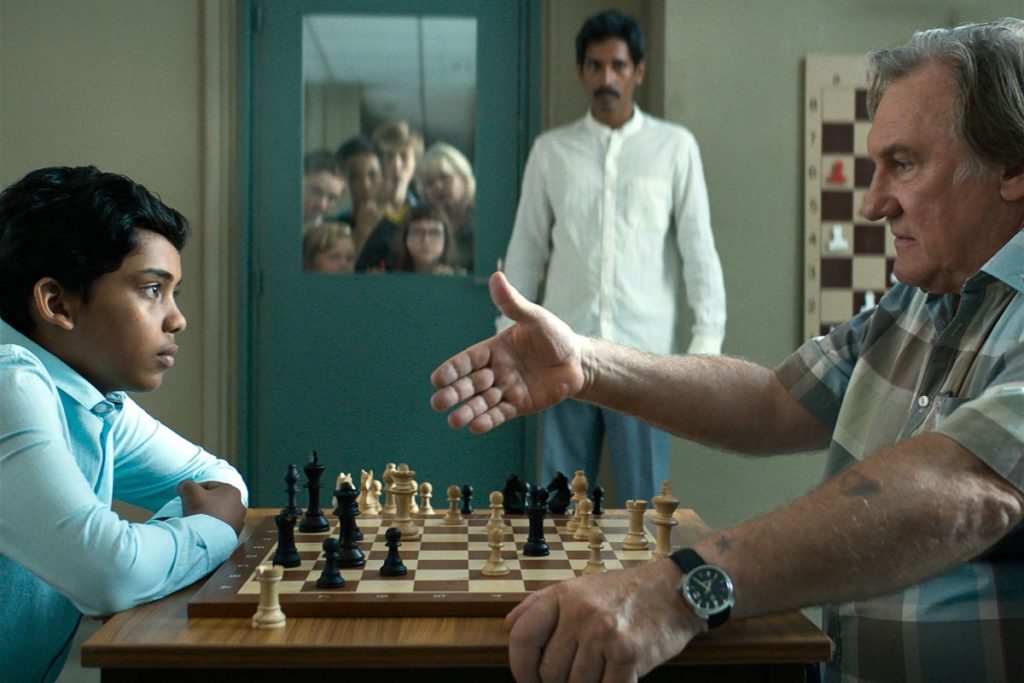 BH: What was the process like to bring the festival online this year?

EG: It’s always a challenge putting together an in person festival, but this year, besides starting to research films during the summer, we also had to do exhaustive research on all the available virtual platforms–there are so many and it was really uncharted territory for us–after which we took a step into the void by choosing one of them! Then we had to learn how to operate the virtual platform, which had a huge learning curve that I just finished learning yesterday, although there is still a lot more to learn. Besides that, though, we thought long and hard about how to engage people, at least in a virtual way, so we came up with quite a few workshops and made sure to include several live virtual Q&As with filmmakers. Since we deal mainly with overseas distributors, it was challenging to explain why we couldn’t show films in theaters; many distributors were very nervous about having us show films on a virtual platform because of security issues, and they initially didn’t understand that our ticket sales would be reduced by as much as 75%, since a family would just be buying one ticket instead of 2-4 tickets for a film program. So we spent a lot of time explaining that before we could get commitments to show films.

BH: Do you see any themes, conscious or unconscious, among this year’s program?

EG: Our tagline, “Where Stories Come Alive!” comes from the fact that most of the films we show are based on children’s books–or at least true stories–but this year it seems as though there seems to be an undercurrent of how kids can do amazing things, oftentimes overcoming incredible adversity, even at an early age. Feature length films such as Forward, Microplastic Madness, Fahim, the Little Chess Prince, Kusasa, and My Summer with Rana feature children coming up with creative ideas or achieving success through grit and determination.

BH: What are some of the titles you’re most excited for people to see this year?

EG: That’s like asking me to choose my favorite child! The funniest film programs in the festival are hands down Jackie and Oopjen, a truly original film from the Netherlands that revolves around the subject of one of Rembrandt’s famous paintings coming to life in modern times, and Hungry Bear Tales, which is a series of animated stories based on a Czech children’s book about two two bears who are always hungry. And of course the “LOL with Mo Willems Films” program never ceases to make everyone laugh out loud. With The Queen’s Gambit garnering renewed interest in chess I am excited about Fahim, the Little Chess Prince, especially because it stars Gerard Depardieu, who is very convincing as a chess coach who takes a refugee from Bangladesh under his wing. And as a former teacher who desperately tried to rid the school cafeteria of single use plastics, I can say that Microplastic Madness is very exciting because it’s about a group of 5th graders–at only 10 or 11 years old–who were able to do it thanks to the support of the teachers. Similarly, Forward highlights children from around the work taking action in their communities, including an 8 year-old boy from Peru who created an innovative recycling program whereby kids receive bank credits for collecting trash.

BH: What do you envision (or hope) for the future of the fest?

EG: It probably comes as no surprise that we would like future festivals to take place in person in movie theaters and classrooms! But my greatest hope is that the festival becomes more accessible to families from all walks of life and abilities. There is so much talk about diversity, equity, and inclusion currently. The best way to instill these values is when children are young, and the kinds of films we show are a great way to initiate conversations around these issues so that acceptance of people from different backgrounds and abilities becomes a natural part of their lives.