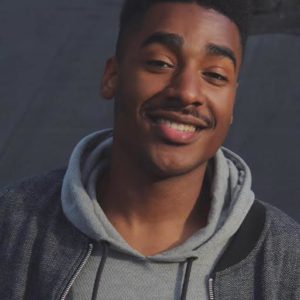 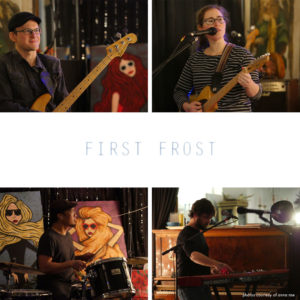 1. What gave you the idea to pursue All Together Now as a series?
Creating All Together Now let me scratch a few itches at the same time. I’d been playing music for about five years in Boston, and was hungry for cross-genre experiences that would combine the unique power of each genre, and create more weirdness and surprise. It’s so easy to get used to the patterns of a particular genre and I think artists and audiences have a lot to gain by exploring other mediums. At the same time, I was tired of the lack of women and people of color at the shows I was playing, and decided to do something about it.

2. How has it developed since you first started doing it?
One of the biggest changes this year is that we’re moving the show around to different neighborhoods. I started the series last year and we did all the shows at The Lilypad in Cambridge. It was really nice to have a home venue, and I’ll always be grateful for their willingness to let us try some unorthodox ideas and learn from mistakes. Now that the concept is a more solidified, and especially now that we’ve received funding from The Boston Foundation, we want to take the show to the other side of the river and make it accessible to more people.

3. Where do you see it going in the future? Especially having received a grant from the Boston Foundation?
I can get kind of freaked out if I think about the future too much. We’re taking a really big leap this year with 2 more shows than last year, more neighborhoods, and more all ages options. The Live Arts Boston grant we received is a huge part of being able to take that on. Right now I’m trying to stay focused on putting on five exceptional shows this year, and seeing what I can learn from that process. But I think the long-term goal is to keep creating opportunities for under-represented artists who are really pushing the boundaries of what their genres can do.

4. What are you most excited for on the 29th?
I’m really excited that we’re including three genres that weren’t presented last year – rap, beatbox, and spoken word. I spent a lot of time last year trying to find shows in different genres and neighborhoods. Doing that helped me start to get oriented to some very rich local scenes, like slam poetry and hip hop, that I hadn’t been as involved with before. Part of my goal is to create connections between different genres and scenes that tend to be separate. I think we’re really kicking it off strong on that front this year.

5. What is your opinion on the music scene here in Boston?
Woah. Loaded question. I think at a high level, there are a lot of different, fairly separate, scenes in Boston. I go back and forth about how that helps or hurts. It kind of makes sense that people who share an interest want to spend a lot of time together really delving into that and seeing what they can generate. But on the other hand, certain pockets feel pretty exclusionary, and I think resource disparity (where the T goes, who gets liquor licenses, where housing is affordable) further contributes to a lack of connectedness across scenes, and difficulty for artists in certain genres to get creative or performance resources.

On that note, I’m very excited about what The Record Co. is doing right now. I mean, they really get it in my opinion. In order for us to have a really vibrant music scene in Boston, we need to create the infrastructure and provide the resources that artists need. It’s that simple. But what’s not simple is that building artistic infrastructure requires a shit ton of work and a really solid funding strategy. One thing I really appreciate about The Record Co. is that they’re providing services to artists across demographics and genres. That’s a critical shift that’s needed in the local music scene in my opinion.

Liked it? Take a second to support Emma Leavitt on Patreon!