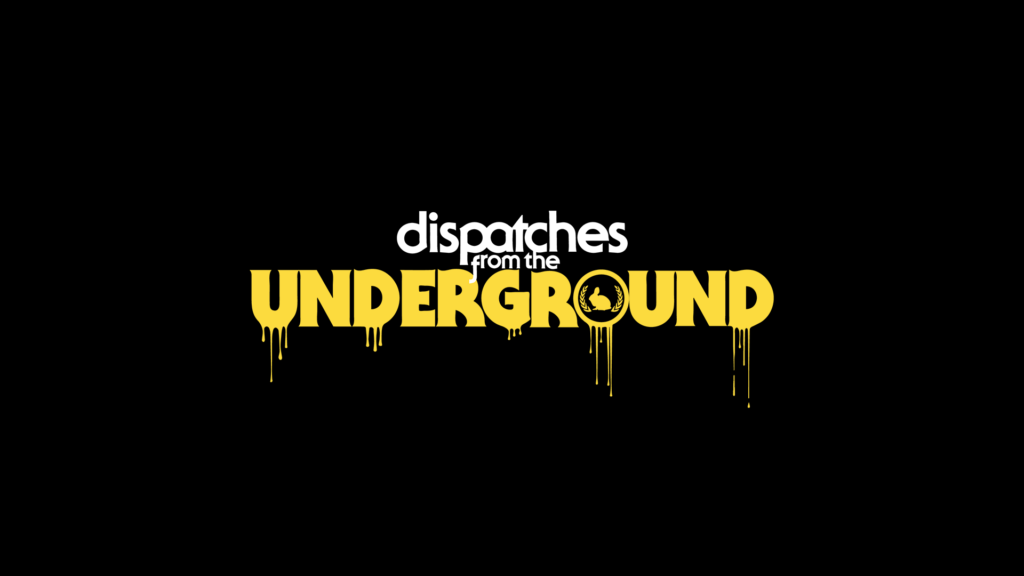 It should come as no surprise to regular Film Flam readers that we’re huge fans of both the Boston Underground Film Festival (which we will be once again covering extensively at the end of March) and the Boston Science Fiction Film Festival (with whom we are proud to announce we will once again be collaborating next month– watch this space for details!). Imagine our excitement, then, to hear that this month’s installment of BUFF’s monthly “Dispatches of the Underground” series will be a collaboration between the two! On Wednesday, 1/16, Dispatches will present “Gort’s Shorts,” a selection of some of the best short films from last year’s Boston SCIFI. To find out more, we spoke to Phil Healy, co-technical director of BUFF and co-founder and operator of the Dispatches series (as well as Boston Open Screen, the area’s premiere monthly showcase for local filmmaking talent).

BOSTON HASSLE: How did this collaboration between BUFF and Boston SCIFI come about?
PHIL HEALY: Well, all the film fests know each other around here, and we all have a decent enough relationship. I also helped out at Boston SCIFI a couple years back, so I personally know some of the great people there. With their official festival happening next month, I thought it was good timing to have their “Best of” be our January entry for BUFF Dispatches.

BH: What can viewers expect from the program?
PH: Let me let the great Suzzanne Cromwell of the Boston Sci-Fi Film Festival, who actually curated this month’s content, answer this question:

For the first time in 2018, the Boston Science Fiction Film Festival gave audience members an opportunity to select the Best Film Short of the 2018 Fest. This process started with reviewing over 250 film submissions, and ended with the top 5 selections, curated by the Festival’s co-curator Suzzanne Cromwell and Technical Director Hal Wagner.

What you will see are these top 5 films, which represent creative sci-fi content from independent film short artists from across the globe. We hope this program gives insight into the breadth of diverse, inspiring work we are honored to view as curators of the Boston SCIFI Film Festival — it’s a pleasure to share the artistry of these gifted filmmakers and celebrate the short film medium.

BH: Science fiction has long been a medium for social commentary. What are some of the themes explored in this year’s shorts?
PH: Once again, let me defer to the great Suzzanne Cromwell:

Each film brilliantly pays homage to the sci-fi genre, but through incredibly diverse narratives. Year after year, we see film submissions that explore our unbreakable bonds to each other and our significant/insignificant place in the universe. We’ve fallen in love with robust characters that search for OR desire to keep hold of self-fulfillment, sometimes even in the face of alien invasion!

What makes us immortal, or makes us FEEL immortal? What defines being “human,” and do we take humanity for granted? And regarding “coupling” as a species — how far will we go to find acceptance and passion in another, and is this really our ultimate quest in this life? Our holy grail? We hope you will embrace the diverse, artistic, cinematic avenues each filmmaker took to explore these themes. The Boston SCIFI curators deemed each of these short films unforgettable, and our SCIFI audience selected ONE film above all as their favorite.

We hope these stellar works resonate with you, and take hold. We look forward to hearing YOUR choice for Best of the Fest.

BH: What do you see as some of the advantages of the short film format, as opposed to features?
PH: From the perspective of a film festival organizer, it’s always fun to have a bunch of voices in one shorts program. Paired with feature films, they’re just as important setting up the mood and engaging the audience. Doubly, both as a filmmaker and a film festival organizer, it’s amazing to have to inject all that story and expression into such a short piece. It’s a beautiful challenge that yields great results. Also, as a filmmaker, it can be a lot cheaper to make.

Dispatches from the Underground: Gort’s Shorts will screen Wednesday, 1/16, at 7:30 PM at the Somerville Theatre Microcinema. The Boston Science Fiction Film Festival will run Friday, 2/8 through Monday, 2/18 at the Somerville Theatre. The Boston Underground Film Festival will run from Wednesday, 3/20 through Sunday, 3/24; festival passes will be available through the BUFF Kickstarter, which will go live 1/28!