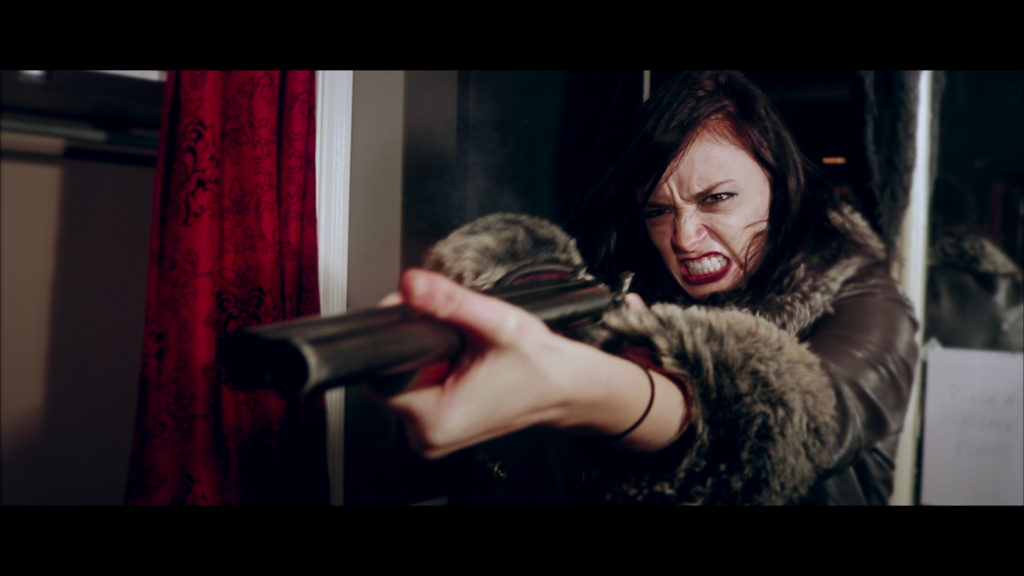 In my review yesterday of My Name Is Myeisha, the opening night selection of the Boston Underground Film Festival, I noted that the film, at first glance, “may seem out of place among BUFF’s typically outre offerings.” Almost immediately after writing this, I began second-guessing myself: what did this mean, exactly? In my years of attending BUFF (which includes the past two years of official Hassle coverage, and at least a screening or two pretty much every year since I moved to Boston), I’ve seen everything from Tuareg musicals to sprawling art films, mumblecore drug memoirs to surreal European psychodramas. If the whole point of the endeavor is to showcase a broad spectrum of cinematic surprises, what, exactly, constitutes “typical” fare?

Watching The Theta Girl, the film chosen for the late show on BUFF’s second night, I felt that sense of doubt being removed: this is the movie I was thinking of.

The Theta Girl is an unapologetically nasty, yet surprisingly heartfelt, love letter to punk rock, exploitation filmmaking, and psychedelic mind expansion. The “Theta” of the title refers to a powerful street drug, consumed in yellow, Lemonhead-like balls, which causes its users to embark on an unpredictable shared hallucination, frequently presided over by a pale, J-horrorish bird woman who speaks in a warble so eerie that even her own subtitles have trouble keeping up. The girl is Gayce (two syllables, likely in double homage to the Sleeping Prophet and the world’s worst birthday clown), a good-hearted street punk who hustles Theta to support Truth Foundation, the all-girl punk band she manages, and Leonard, a mute homeless man she’s befriended. Then there’s the trio of clean-cut missionary zealots, led by the bald, hulking Brother Marcus, whose Cokes get Theta-ed by the bartender after they show up acting like pricks at a Truth Foundation show. Convinced that they’ve been given a glimpse of hell, they embark on a rampage of messy disembowelment, beginning with Leonard. Bent on revenge, Gayce, along with her reluctant supplier, sets out on a road trip to track down the killers and unravel the mysteries of Theta once and for all.

I’ll get this out of the way right now: The Theta Girl is a ragged movie. Dialogue frequently either overmodulates or gets drowned out by music. Characters go in and out of focus as they excitedly leap in and out of their blocking. The dramatic chops of the supporting cast are uneven (like Liquid Sky, one suspects that many actors are playing variations on themselves), and the lighting is sometimes murky (though one could argue that that’s a deliberate aesthetic homage to its influences). The plot, while linear, doesn’t always hang together, and I’m not sure I’m enlightened enough to fully comprehend the effects of Theta. If you require professional sheen and technical accomplishment in your entertainment, you may want to keep walking.

If, however, you’re an old VHS rat like me, who grew up on Troma, Basket Case, and early Peter Jackson, The Theta Girl will fit like a warm blanket. In the decade-plus since Grindhouse, deliberate homage to the sickies of the ‘70s and ‘80s has become de rigueur in horror filmmaking, but I can’t think of many that approach this material with the earnestness and conviction of The Theta Girl. As screenwriter (and War Is Boring founder) David Axe pointed out in the post-film Q&A, there is no winking to the audience, and “none of these characters know they’re in a movie.” Victoria Elizabeth Donofrio, who plays Gayce, is particularly good, her expressive, Barbara Steele-y eyes conveying terror, suspicion, grit, and vulnerability, often all at once. She may be in a ridiculous movie, but Gayce feels like a real person, and it’s refreshing to see a genre film centered on a strong, queer, female protagonist without turning her into a sex object. 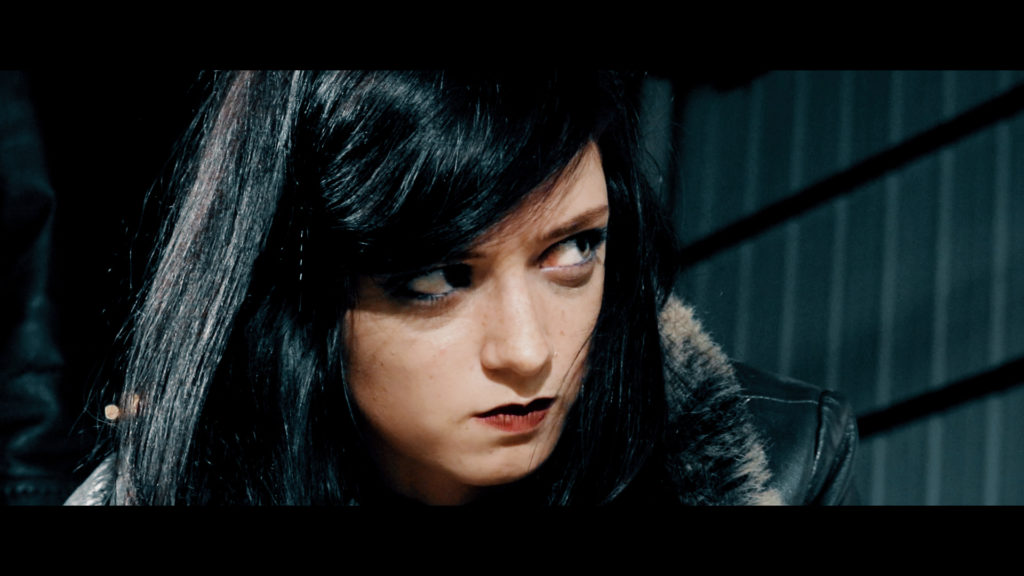 Make no mistake, of course: The Theta Girl is a ridiculous movie. Axe explained that the rule he set with director Christopher Bickel was that, every five pages, there needed to be an instance of gore, nudity, or blasphemy. This intentionality is occasionally transparent (a lengthy orgy sequence 20 minutes in is both graphic and matter-of-fact enough to be distracting), but for the most part, it satisfies. The gallons of red Karo syrup are over-the-top enough to not be overly upsetting, yet, somehow, don’t detract from the emotional stakes. Axe and Bickel clearly love their source material; the punk world these characters inhabit feels real (one character’s bedroom is wallpapered with defaced copies of Whipped Cream and Other Delights, and I’m honestly not sure whether that’s set dressing or if they were there to begin with), and their understanding of why people love sleazy ‘80s horror goes deeper than the added film grain, VHS fuzz, and faux-Carpenter score. Unsurprisingly, John Carpenter is thanked in the final block of credits, along with George Romero, Herschell Gordon Lewis, and Jack Hill, and the influence of each of those directors is deeply felt.

Crucially, though, that same block also thanks such psychedelic gurus as Timothy Leary and Aldous Huxley, and that speaks to the film’s secret weapon. The Theta-trip sequences are stunningly inventive, and provide a marked contrast to the scuzzy look of the “real” world, almost to the point of a sleight of hand trick. When the characters dose, the background drops to black and their faces give off an ethereal shimmer. The bird-woman (credited as “The Entity,” and played by Nikki Gonzalez), is a striking creation, and her world, a stagy backdrop of spinning landscapes and trees, is masterfully executed. The tricky thing about attempting a Grindhouse-style visual gimmick is that, if you lack the clout of a Tarantino or a Rodriguez, you risk your audience confusing intentional roughness for genuine incompetence. With these scenes, Bickel removes any doubt.

In some ways, I feel silly writing this much about The Theta Girl, because, if you’re the sort of person who will like it, you probably know from watching the trailer. I guess what I’m trying to convey is that, if you do like it, you’ll probably be surprised at how much you like it. There’s a lot more going on here than, say, Hobo with a Shotgun (and I say that as someone who loved Hobo with a Shotgun). Watching it, I kept thinking of how much I would have loved it as a teenager; it’s the sort of movie I would have driven from town to town searching for, and, once I found it, would have toted it over to friends’ houses for late night viewings. Again, if you’re the sort of person who would like The Theta Girl, you know that that’s the highest compliment.