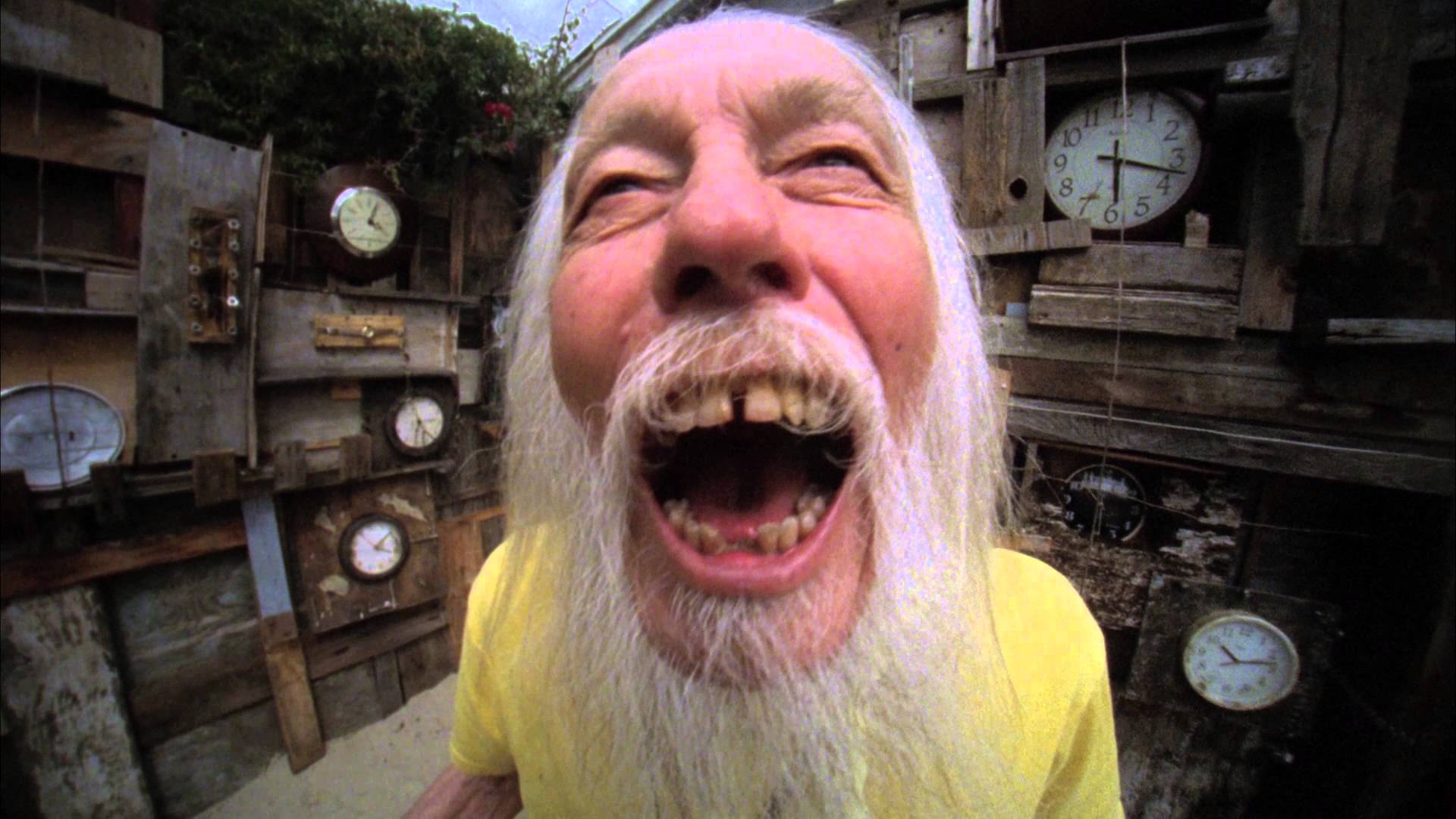 If you’ve been following the site, you know it’s been quite a week for all of us here at Film Flam: the Boston Underground Film Festival just wrapped up its 19th annual run on Sunday night, and we’ve thrown ourselves head-on into the thick of it to provide damn-near-full coverage of the proceedings (click here to see all of our comprehensive BUFF coverage from the past week). I myself have viewed and reviewed a film a night from the beginning of the festival to the end, and while there’s honestly nothing in the world I’d rather be doing, I don’t mind telling you that I’m beginning to feel a bit delirious. My brain is a gelatinous fog full of tentacle monsters and killer fetuses and crazed Y2K survivalists, and I can’t hear the Moody Blues without instinctively cowering and weeping.

Given all that, it seems fitting that I close my coverage with a film that all but dares you to coherently describe it. So here it goes. Final boss time. Let’s do this. 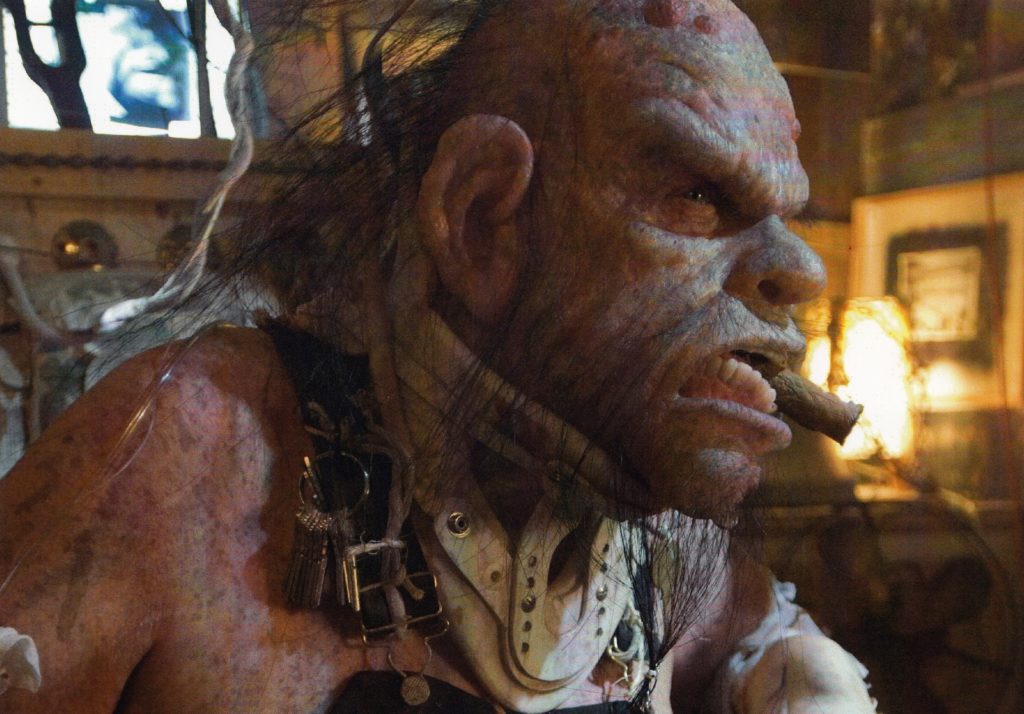 Saint Bernard tells the story of… actually, that’s not quite right; Saint Bernard pretty much stands opposed to story in the traditional sense. Saint Bernard depicts a man named Bernard. Bernard is gifted from birth with a natural sense of the rhythms of the universe, so he is given a baton forged from raw ore and trained by his uncle to become a great orchestra conductor. Bernard grows from a boy into manhood (identified at all times by his pristine white suit), fulfilling his destiny. Unfortunately, tragedy strikes when Bernard, taking the conductor’s podium, accidentally lets an assortment of prescription bottles and crack pipes tumble out of his suit; naturally, he turns into a floating worm man and exits the auditorium. Back in his own body, he discovers the rotting disembodied head of a St. Bernard on the highway (the dog, that is), which he then carries in a white sack throughout the rest of the film. From there, Bernard encounters a money-grubbing priest (played by Andy Kaufman confederate Bob Zmuda), has a tryst with a post-apocalyptic girl named Miss Roadkill, fights a band of stick men made out of hair, stumbles through a Damned concert, meets Warwick Davis, and ultimately confronts his uncle’s giant, cactus-like phallus.

Saint Bernard was written, produced, and directed by special effects guru Gabe Bartalos, who I was unfamiliar with by name going into this film, but whose craggy, grotesque style I instantly recognized. Bartalos’ IMDb page is a truly mind-boggling document: he’s lent his talents to everything from Darkman to Nip/Tuck to Matthew Barney’s Cremaster Cycle to the Insane Clown Posse western Big Money Rustlas (seriously). Both of this film’s “name” actors are in his debt: he crafted Warwick Davis’ iconic Leprechaun makeup, as well as the facial prosthetics that allow Zmuda to keep Kaufman creation Tony Clifton alive. Bartalos is, in short, an unsung legend, and I am indebted to BUFF for introducing his name to me. 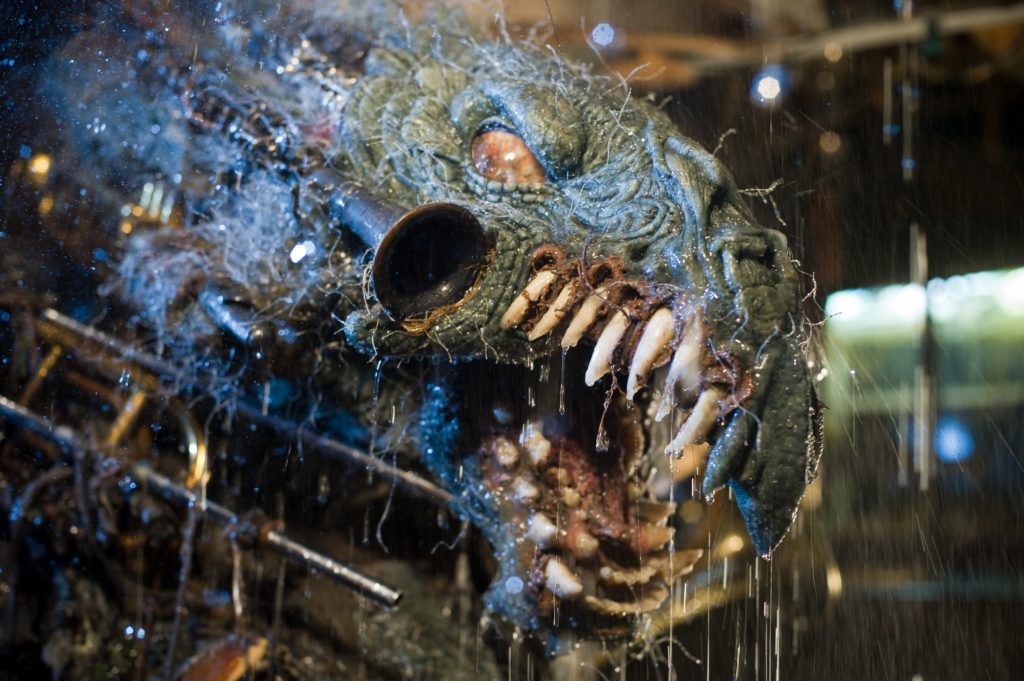 (Full disclosure: I don’t think I even remember this part.)

Of Bartalos’ phenomenally eclectic filmography, the most relevant item to the work at hand is definitely Cremaster. Like Barney’s sprawling, difficult-to-see masterwork, Bernard functions less like a narrative film and more like a work of installation art. Actually, make that an entire gallery: each scene seems conceived and built as a work unto itself. There’s the police station, its floor entirely covered in empty wine bottles, ruled over by a cigar-chomping troll thing; the Wall Street feeding frenzy of businessmen tearing dollar bills off of Bernard’s suit; the workshop filled with mostly-naked people building catapults to ward off plucked chickens parachuting from the sky. Bernard, stumbling doe-eyed from scene to scene, becomes the audience surrogate, guiding us (albeit blindly) from one “exhibit” to the next.

Needless to say, Saint Bernard is not a movie for everyone; some of its imagery is a bit tough to take, and its freewheeling structure will try the patience of many moviegoers (watching via screener in the comfort of our home, my girlfriend got up halfway through to make dinner; as the credits rolled, she deadpanned “So, how did it end?”). But it’s still a hell of a film, gorgeously shot, painstakingly crafted, and clearly incredibly personal. I don’t know if I could tell you what it’s about, but I won’t soon forget it either.