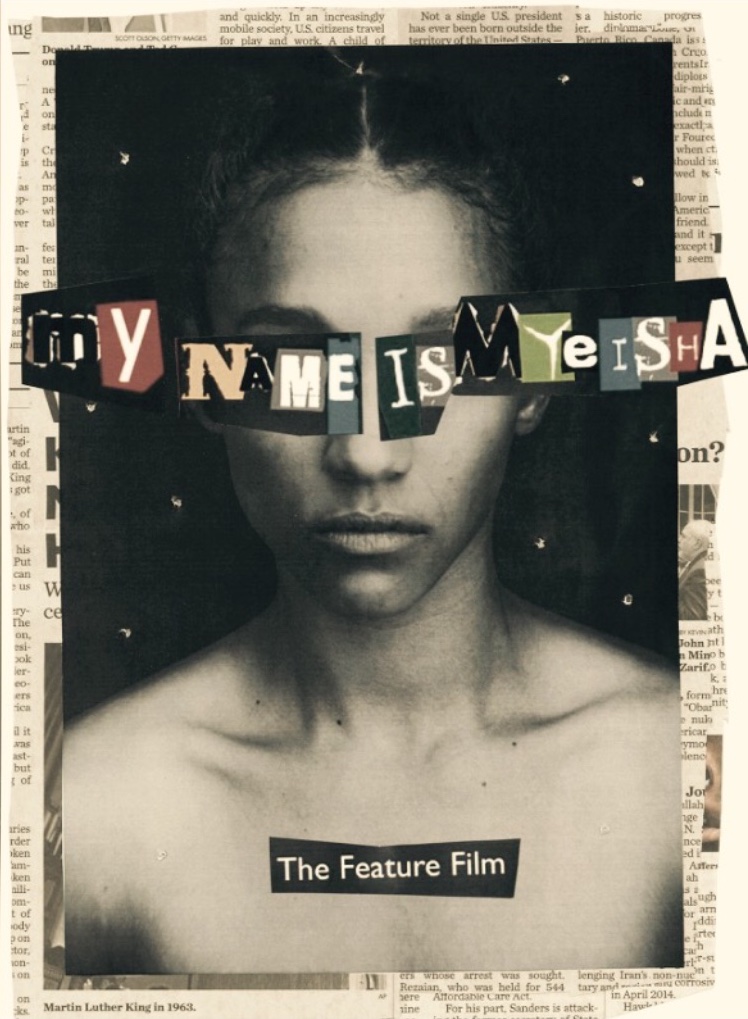 Did you ever have that kind of a dream / Where you open your mouth, but you just can’t scream?

This refrain (among others) echoes repeatedly through My Name Is Myeisha, the electrifying new feature from director Gus Krieger, which was selected as the opening salvo of this year’s Boston Underground Film Festival. On the surface, Myeisha may seem out of place among BUFF’s typically outre offerings– there are no genre trappings, the small amount of nudity is brief and tasteful, and its violence is far from puerile– but, watching it, its place honor was entirely self-explanatory: hilarious, heartbreaking, timely, and exhilaratingly crafted, My Name Is Myeisha has thrown down the gauntlet, and set a high bar for the films to follow.

The facts of the story: it’s December 28, 1998 (the third day of Kwanzaa), and Myeisha (Rhaechyl Walker) is going out for a night on the town with her friend Kai and cousin Roney. Their night is cut short, however, when they get a flat tire en route. While phoning her parents to call Triple A, Myeisha is accosted by a vagrant. Rattled, Myeisha locks herself in the car while Kai and Roney try to flag down assistance. When they return, they find her unresponsive, passed out in the driver’s seat, keys in the ignition, music blasting, and her pistol clutched defensively in her lap. Concerned, Kai and Roni call 911, taking pains to warn of the weapon in her lap. The next tap on the window comes from an officer with a flashlight.

At this point, we’re about twenty minutes into the movie, yet, chronologically, the events don’t progress much further; if you read between the lines– or if you read the headlines– you can probably figure out why. Yet this is also the point where the film begins in earnest, as time freezes and Myeisha opens her eyes and speaks the above refrain directly to the audience. From here, the film becomes a sort of postmodern fantasia, as Myeisha lays down a rhythmic, free-flowing monologue about her life up to this point: her childhood, her family, her fractured take on those few fateful moments. On paper, this could be total glurge– a teen safety chain email writ large. But, crucially, she also spends just as much time on digressions: the pending Y2K crisis, the crappy slice of bread you always get at a barbecue joint, an illustrated, film-by-film debate on the merits of Denzel Washington vs. Wesley Snipes. By the end of the film, you know Myeisha beyond her biography; you know who she is.

In simplest terms, it’s tempting to refer to My Name Is Myeisha as a “hip hop musical,” but that would be as misleading as it is reductive. “Musical” implies a stop-start structure– dramatic scenes punctuated by self-contained songs. Myeisha, in contrast, weaves music into its very core. From the moment Myeisha opens her eyes at the end of the first act, Walker delivers pretty much the entire film as one continuous rap, accompanied by beatboxer John “Faahz” Merchant (who plays both the payphone assailant and the responding officer, as well as nearly every non-relative male character onscreen). If it is to be called a musical, it’s more in the vein of The Umbrellas of Cherbourg (or, I suppose, Trapped in the Closet, though Myeisha throws some specific shade in R. Kelly’s direction).

But as I watched My Name Is Myeisha, I was more reminded of a different form of stagecraft: the one-woman show. With its flights of fancy and visual counterpoints to its central monologue, Myeisha has just as much in common with the performance films of Spalding Gray. As I learned in the post-film Q&A with Krieger and Walker, this read was right on the money: Myeisha was based on the play Dreamscape by Rickerby Hinds, which Walker and Merchant have been performing since 2011. That the script and performances have been honed over so many years is apparent in Myeisha; every second, every beat, is an integral part of the whole. 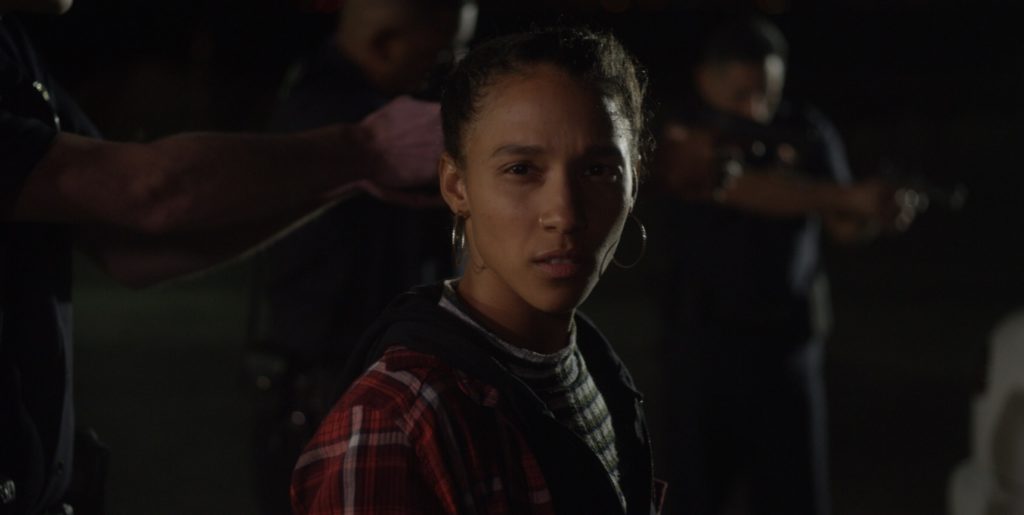 Of course, in the stage production, Walker and Merchant spin the story on an empty stage, leaving the sets and visuals to the audience’s imagination. It’s here that Krieger’s hand comes into play, deftly careening from one set piece to another, following each thought that comes into Myeisha’s mind. Again, I’m reminded of the Spalding Gray films of Jonathan Demme and Steven Soderbergh, as well as the undeniable influence of (early, good) Spike Lee. I was surprised to learn that Krieger has only one feature to his credit, an independent horror film called The Binding. His is a career to watch; if this film is any indication, he’s only going to get more interesting.

The same is exponentially true of Rhaechyl Walker. Every second of her years honing her character onstage is apparent on screen. Walker’s performance is the film, turning what, again, could have been a dour endeavor into something warm, energetic, funny, and fun. When Walker turns to the camera and smiles, you instinctively smile back, and her tangents, by turns hysterical, affecting, and both, are each more engaging than the last. In lesser hands, the film’s structure could have been exhausting, but Walker owns the film, grabbing your hand and rushing you down one sidestreet after another. The supporting cast is also solid (particularly Merchant’s multi-role Greek chorus, mixing Biz Markie-style beats with mellifluous, DeGrasse-Tysonian cadence), but this is Walker’s show through and through. By the end of the film, even though you’ve only really witnessed twenty minutes of her life, you feel like you’ve known Myeisha for years.

Which is really the entire point, as Krieger explained during the Q&A. The final title card before the end credits reads “BASED ON TRUE STORIES,” and while the play was in fact based on a specific incident, the daily news (including, literally, today’s) reinforces that that plural is sadly deliberate. What Krieger, Walker, and Hinds accomplish with this film is to remind you that, behind each of those awful stories, there is a real, flesh-and-blood person, who had not only a family and hopes and dreams, but also jokes and ideas and silly quirks and ridiculous anecdotes. The final scene is an absolute gutpunch (and will make you reevaluate a few key points in the narrative), but the fact that it doesn’t diminish the effervescence before it– or vice versa– is a testament to all involved. The bar has been set for the rest of the festival. I’m thrilled for what will come next

Part of the Boston Underground Film Festival – Click here for all of the Film Flam team’s ongoing coverage of the fest!
For further updates on My Name Is Myeisha, check out its official website, or follow the film on Facebook or Twitter