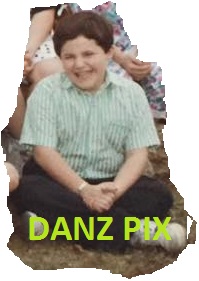 In no particular order. Listened to all of these records LOTS in 2016. So many records. So many wonderful New England made records that I missed or never got to hear! Do yourself a favor and do more close to home listening this year, wherever you may be from. By the way I’m the Music Editor in these parts. Here’s my last year favs…
Read my NOT Boston & New England  Favorites List

>>>>>Bashful Slasher – Visitor<<<<<
Read my review from 2016
“”I Lost It” (originally a WHIP APPEAL tune) is a perfectly nasty bit of scuzz laden synth/ guitar rock. It jerked me and herked me right into an eternal post-punk moment in my mind. It’s a moment where much of this music exists. A post-glam time deeply yearning for the coming of DEVO and WIRE and such. Same goes in the best way possible for the inaugral track of this 6-songer, “Fluorescent White”. A driving concoction of JONATHAN/ LOU rumble pop that’s here right in time for summer. “Visitor” smacks of the smooth, soulful indie rock of Montreal’s HOMESHAKE. It’s a great sound that you rarely hear fucked with especially in these parts.”

“One of my fav tracks has got to be the take down track “Hipster Chick”, chock full of the sirens and funk of TERMINATOR X and DJ PREMIER. Meanwhile Heather & Julez spit all about phonies while spreading real class consciousness. “Jacket Girl” is also incredible, reminiscent of MISSY’s flow (with occasional well placed soulful asides) over DEATH GRIPS vibe production, wobbly bass colliding with psychedelic feels. This one is probably my favorite of the bunch when it comes down to it. Honestly though, all six tracks point to an insanely bright future for this trio. Can’t wait to hear more and see this crew live.Some choice slices from within:
“I aint’ a cracker cuz I’m fried like a frito” from “Drugz (Do You Have It)””

>>>>>Particulars – My Nerve Touched The Satellite (Roto-Asterisk)<<<<<
read my review from 2016
“Billy Mcshane is atop the undulating rhythmic mountain, flag planted firmly, waving in the salty air. His free verse the fool of the PARTICLUARS caravan. Also, how many different ways can a sax manifest itself? The answer: Billy McShane. Nick Neuberg is the daddy (composer) here. It is his funk we are whiffing. His syncopated reality we are living (for a bit). The rest of the band is a stunning, fearless bunch featuring (ex-)members of LISTENING WOMAN, RYAN POWER, COWBOY BAND, and numerous others, pumping rhythmic iron, getting into an early Arnie space.If I had a talk show, I’d want this gang to be my band. Now, there’s an idea.”

>>>>>Pink Navel – Pink Navel Two: The alien possession survivor benefit telethon and clip show<<<<<
read my review from 2016
“This is not aggressive hip hop. PINK NAVEL has replaced the aggression often found in hip hop with curiosity. Oprah!? 22 tracks, mostly all PINK NAVEL, but with some guest producers and rappers thrown in. I’ve listened to the whole proceedings a number of times and it works pretty strongly as a whole, which is extra impressive because between beginning and end, it’s all over the place.“underdaisey” features a great snare sound, some off kilter synth, and some really great rapping. “Black Rockstar (Pink Navel Reprise)” has those cheapo keyboard beats, perfect, then the affected vocals come in doubling the clean ones, rapping away into the sunset. “Drainage, Drain it” is one of the tracks not produced by PINK NAVEL. Here it’s ITS OBSERVABLE POWERFUL with the beats, and they are bummer fabulous and noisy at times. NAVEL’s voice is completely submerged in effects here, and the whole aesthetic is a weird one that really works for me personally.”

>>>>>Cyberbully – Summer Of Flies<<<<<
read Charles Perrone’s full review from the Hassle site from 2016
“This record has me reeling because of its exciting approach to take varying and disparate musical references and digitally stitch them all together in a playful, grotesque way. This is really freaked out and necessarily noisy music that flips between blocks of ear-shattering pink noise to electronically smelted and demolished hip hop beats. It is both frantic and focused. Nearly everything here has a sheen of white hot distortion – an effect that cranks up both the volume and sense of danger… as if everything is about to boil over. Be cautious, these drums will whack you.”

>>>>>Listening Woman – Getting Mystic (OSR)<<<<<
read my review from 2016
“Fast Song”; early DEVO are my thoughts on this one. Obviously I mean that foundation-ly only. Chorus laden guitar is introduced. Rhythm section and sax playing is stupid good. “Difficult, Silent Father” offers ridiculous funky guitar and rhythm section. A vision of Adrienne singing her operatic vocals at the top of the stairs as someone else falls down stairs strikes me.

“Hyperlink” offers a hint of THE CARDIGANS gone off the rails, one of the several times here where the band makes it clear that complex pop is one of their strongest methodologies. And I’ll finish this parade of songs talk with later album track, “Selfie Police”, which could be described as a Beefheart slither along the riverside.”

“Greetings from a spattering of quirks, glitches, and crashes — that’s how Birthing Hips says “Hello Hello” as vocalist Carrie Furniss pounces from purr to hiss. No Sorry smiles wide and flashes its fangs before it bites, dialectically personal and political, with sharp musings on gender, sexuality, and emotion. Just as strong as their structures are the strengths of their collapses; hearing guitarist Wendy Eisenberg, drummer Owen Liza, and bassist Andres Abenante infallibly mesh amidst transitions from togetherness to individual explorations is one of the highlights of the album. Provocativity withstanding, Birthing Hips plays a childlike hopscotch back and forth over the line from communion to controlled cacophony, rapturously free, less like improvised jazz and more like a collective of libertines stimulated by sound.”

>>>>>Mini Dresses – Sad Eyes<<<<<
read Charles Perrone’s full review from the Hassle site from 2016
“Mini Dresses strike me as a group with an aligned vision – they aren’t a band that’s interested in slick fills or quick guitar playing. They aren’t interested in a jarring song structure. Even distortion is difficult to find here. But these are not their goals! Mini Dresses writes minimal dream pop songs and aims to keep those songs as pure and postured as possible. Sad Eyes succeeds in maintaining a certain kind of pulse, one that moves forward as much as it is reigned in – that moves in the most natural way possible by finding some kind of core rhythm, a search for an element that is just spacious enough, the ultimate smoothness. This is their great ability and it is, in a way, athletic even if it’s not particularly energetic.”

>>>>>Halfsour – Charm School (Disposable America/Too Far Gone Records)<<<<<
read Olivia Gherke’s full review from the Hassle site from 2016
“The closer, “Black Dodge,” appears almost to be the climax of the album. It’s dirty, loud, and unbelievably catchy during its riotous chorus. If a halfsour show were to be closed with this song, the crowd would be riled up beyond cure, and as a consequence, would be begging for at least another set’s worth of the band’s impeccably killer sounds.”

>>>>>Nick Owen – Manifesto<<<<<
read my review from 2016
“We have real deal indie rock with attitude in “What’s The Point?”. Some ED SCHRADER, maybe MINUTEMEN vibes on “Childhood” & “PMA”, and “Manifesto” there at the end to cool things out. All of it exists to tell us to open our minds. Listen to this guy, jeez. Certainly Concord, MA’s finest. Many more underground, and otherwise off-pop releases in this young man (the Street Popsicle)’s future I hope. Digging these four songs A LOT.”

“The one word that could be used to describe Sun Young’s s/t album is transformative. The album, released on Super Wimpy Punch last month, may transform you as an individual with its beyond stellar experimental indie rock sounds that please the ears and alter the mind, but the album itself also undergoes a transformation over its duration.

As the album starts with “Sun Theme,” you feel like you’re on the way to go surf, but instead take a fun, chaotic detour to wherever your creative, straggling mind takes you. It embraces youth but injects the disarray of current life to generate a pleasant balance.”

“Jake Meginsky’s Seven Psychotropic Sinewave Palindromes begins with a slow, pulsing 808 kick drum and noise mix that moves exponentially into bpm chaos creating a blast of sound that begins the aural journey the the next 20 some minutes of music will take you on. It may be obvious, but do yourself a favor and put away the cheapo earbuds before queuing this up. The wide ranging deep, varied and warm sounds dance around the stereo field like synapses firing off in your brain. If that sounds pleasant it’s because it is, but like other Psychotropic substances there’s not only pleasure to be unearthed but also a depth of meaning in a shifting of perspective. A Northampton native, Meginsky uses his experience as a percussionist to design rich polyrhythmic textures with seemingly simple sounds to provide a welcomely altered experience. The music, without a hint of tedium, is at times meditative and at others mildly disquieting.”

“Songs get as short as 19 seconds, and as long as 1:29. “Shit Mouth” is the one coming in @ 1:23. A chugging nightmare, the lead guitar is menacing here in a vaguely Middle Eastern manner. The front woman’s squeal is evil, and the whole band is just the dose of heavy I need right now. W. Mass does it again.”