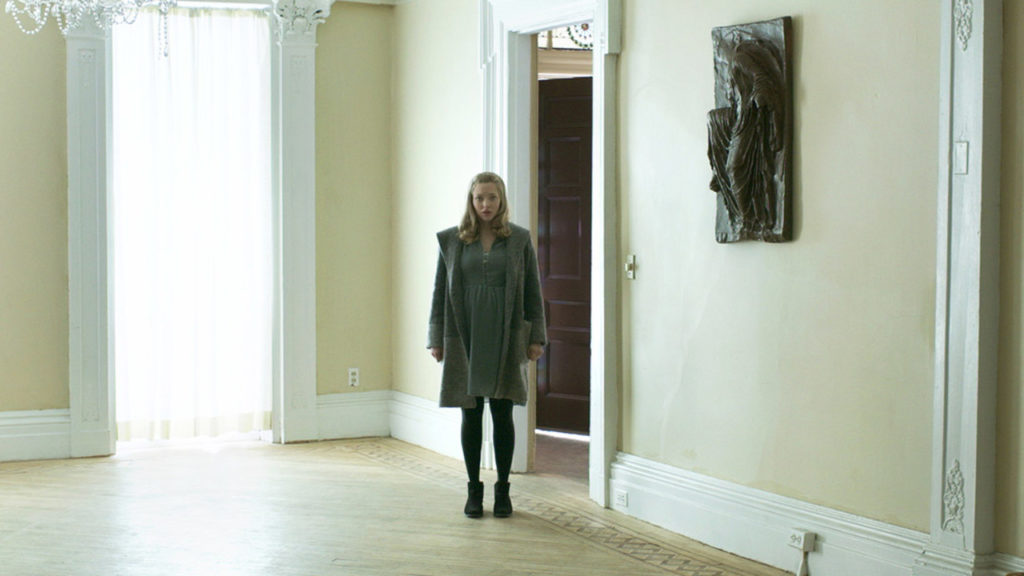 WL Freeman is part of the Film Flam team at Boston Hassle. They are a video artist and writer with a degree in Experimental Media Production.

2018 can get fucked. Art stays alive though. So, without further ado…

Director-writer Paul Schrader’s rejiggering of his filmic influences transcends into a work much greater than its parts precisely because it is not beholden to the past. It is, instead, one of the few movies of the present. By being faced with the knowledge that our planet’s destruction is imminent — and we are to blame — First Reformed is uniquely of 2018. Armed with barbed wire and filled with death, Ethan Hawke’s haunted, obsessive recitation of Ephesians 6:11-12 still rings through the mind: “Put on the full armor of God, so that you can take your stand against the devil’s schemes. For our struggle is not against flesh and blood, but against the rulers, against the authorities, against the powers of this dark world.” Will we ever rise against our pride, our narcissism? Is there any correct choice? Will God forgive us? Schrader gives us no answers — because, in truth, there are none. Pour your Pepto & Whisky and drink up, friend-o.

If First Reformed tackles head on the horrors of the modern world, Burning lives in the liminal spaces that those terrors create. Perfectly adapting the themes of Haruki Murakami for the silver screen (cats, wells, conflicting realities), director Lee Chang-Dong and co-writer Oh Jung-mi have molded a simmering depiction of modern ennui and the youthful search for purpose amongst a world of chaos and propaganda.

Proving that beauty can still be found in this dim world, comes another heart-wrenching portrait of a family from director Hirokazu Kore-eda. With Shoplifters, Kore-eda moves outside the normal domestic sphere and into the fringes, where a self-chosen family of societal rejects have banded together against a world which refuses to see their fullness. But Kore-eda sees them and allows us to as well. Complicated, thoughtful, cute, and devastating all in one fell-swoop.

Lynne Ramsay’s sliced down character drama operates under the framework of a revenge thriller but smartly cuts around the violence, revealing itself instead to be a portrait of an abuse victim failing to stop his trauma from happening to others. Anchored by an emotional and searching performance from Joaquin Phoenix that elegantly acknowledges the performativity of gender, You Were Never Really Here is a moving film conveyed in blunt images and an increasingly fragmented sense of space that shakes to the core.

Rousing. Fun. Imaginative. Spider-Man: Into the Spider-Verse is everything a superhero movie should be. A funhouse mirror where we get to believe in the possibility of literally anyone, anywhere, becoming their ideal self. Writer-producer Phil Lord (21 Jump Street, Lego Movie), and collaborators have once again taken an overused, oversaturated property and re-infused it with meaning. A contradiction but hard not to be won over by.  Even what doesn’t work as well is pushed aside by everything that does because it is so propulsive and joyous.

To watch Roma is to get the feeling that Cuarón was able to craft the whole world, in all its vibrancy, on the outskirts of every frame. Hundreds of extras moving in and out, street performers everywhere, protests being mounted, people being shot from canons, a naked man swinging a shower pole around as though it were a bo staff. The list of indelible images goes on and this sense of a full, messy world in the distance perfectly adds to the sense that main character Cleo, a servant to a bourgeoise Mexican family, is forced to always stand to the side. Never allowed to enter, instead watching, observing. It’s an intimate film that feels grandiose. But better than everything Cuarón could throw to the screen is Yalitza Aparicio as Cleo.

These three films constitute an interesting trend toward cannibalizing the past, taking what was left behind, and crafting something new. Most notable of these is what is now Orson Welles’ final picture, The Other Side of the Wind. Shot through a miasmic lens with a variety of film-stocks, The Other Side of the Wind chronicles the last night in the life of a powerhouse director who fails to finish his final film, also called The Other Side of the Wind. We will never know what Welles himself would have done with the footage, but the result is uncompromising enough to assume this must be pretty damn close. Still, it remains an oddity, a movie of both today and yesterday. Shirkers, by Sandi Tan, similarly takes an unfinished work, but paints instead the tragic story behind its incompleteness. An intimate look into the ways Men Destroy and a portrait of a dream that almost was and now never will be. The Green Fog is the least substantial of this triad, but it is just a lot of damn fun. A reworking of Hitchcock’s Psycho via a large array of footage from other films that take place in San Francisco. Energetic, creative, weird – a joy!

Well, that’s all folks. Watch these movies, hug your loved ones, eat well, and stay rested.

Tags: 2018 Year Enders, a star is born, burning, Film Flam Year Enders 2018, First Reformed, mission impossible: fallout, Paddington 2, Roma, shirkers, Shoplifters, Spider-Man: Into the Spider-Verse, the green fog, the other side of the wind, you were never really here