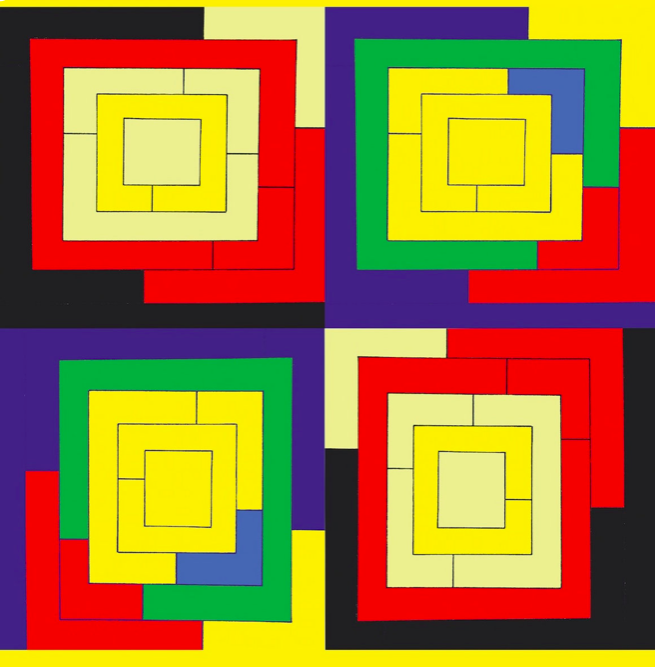 As the title of the opening track suggests, THE SHIFTERS have hit the “Right Stuff” with their newest album, Open Vault. Exploring themes of existential boredom and dissatisfaction, the record delivers palatable mantras for the monotony of everyday life.

THE SHIFTERS are a band from Melbourne, Australia. Open Vault, released on Feb. 3 and produced by Adagio830 and INSOLITO Records, marks their third full length release. Described as “A collection of odds and ends” assembled between 2016 and 2019, the Deluxe LP holds a whopping 25 tracks of controlled mayhem.

Open Vault is in the same vein sound-wise as THE SHIFTERS’ previous work, if only a little rougher around the edges. The band touts their familiar experimental post-punk, with vocals reminiscent of the Talking Heads and grungy instrumentals summoning elements of classic surf rock blended into The Doors and B-52s .

THE SHIFTERS’ have captured the quintessence of homemade records with Open Vault. The band compiled their sound with whatever instruments they could find—including a miniature Spongebob Square Pants children’s drum kit found at a garage sale. Many tracks were recorded on a MacBook or IPhone and loaded straight into GarageBand. A pure sense of play is omnipresent in every track, likely a product of unrestricted experimentation, as the majority of these songs were recorded without the intention of ever being released. Though fans of THE SHIFTERS’ previous work will recognize a couple of stripped down demos of formerly released songs—like “Work, Life Gym, Etc” and “Medieval Kicks”— showing how much the tracks had evolved over time.

If Open Vault was a type of restaurant, it would be an all-you-can-eat-buffet. Each track is a dish with different flavor profiles, but all are still digestible when consumed together. THE SHIFTERS have a knack for finding an ear worm and sticking to it, starting out with simple riffs and layering piles and piles of texture on top of it. Grimey instrumentals like “Busker,” “Rathdown” and “Contort” provide reprieves between lyrical cacophony, giving listeners time to ponder the messages at hand. While the band specializes in minimalistic repetition, one still never knows what direction they are going to go in—zany lyrics in “New Bleached Fuhrer” and chaotic toy piano bits in songs like “Sarina vs. Ryan” come as unexpected. Proving that even with their musical repetition, the band continues to surprise listeners track after track.

For THE SHIFTERS, the rigidness of everyday schedules provides constricting uniformity instead of the typical comfort that comes with having a routine. “Year after Year” highlights the predictable cruelty of society with its dirge like melody, saying, “Going into the city to see my man Dominick/He’s going to tell me how much tax i’m not paying this year and let me know how the poor houses are going/That Dominick is a real tough guy/He’s helped me year after year after year.” While others would take these messages from Dominick as a sign to become motivated toward bettering their situation, THE SHIFTERS take the alternate course, choosing to dwell in the continuance of their misfortune. The track fades out with repetition of the phrase “Year after year,” really hammering in the futility of fighting against the situation at hand.

Those who try to make the best out of their lives are mercilessly mocked, as the band takes every opportunity to poke fun at the mundane life of the so-called “go-getters.” Tracks like “Removal Business” and “Right Stuff” ridicule the starchy upper class, pointing out the dreary uptightness of suburban life—with the latter using the lyrics “Self righteous, real opportunist” to describe people with lofty ambitions. Foreboding riffs create a sense of dread, implying that even if one tries to better their circumstances, in essence all they are destined for is a vapid and vain life. The band puts superficial needs on blast in the track “Work, Life, Gym Etc.” as they sing, “I finish work at five o’clock/And then I’m off to the gym/I just—I must remain thin/For my appearance is everything.” Ambition is a losing game, and when it comes down to it, the band indicates that those dedicated to bettering themselves lead lives no more interesting than anyone else’s.

THE SHIFTERS’ Open Vault is a 25-track lesson in the everyday, providing listeners with lyrics that will make them both existentially spiral and feel superior to all of the pretentious overachievers in their lives. While many might disregard it as a simple effort at experimentation, the record proves to be much more than that. THE SHIFTERS skip over the opportunity to prove that everyday life can indeed be unique, opting to instead accept the continuance of the mundane, providing a perfect soundtrack for life’s most humdrum moments.