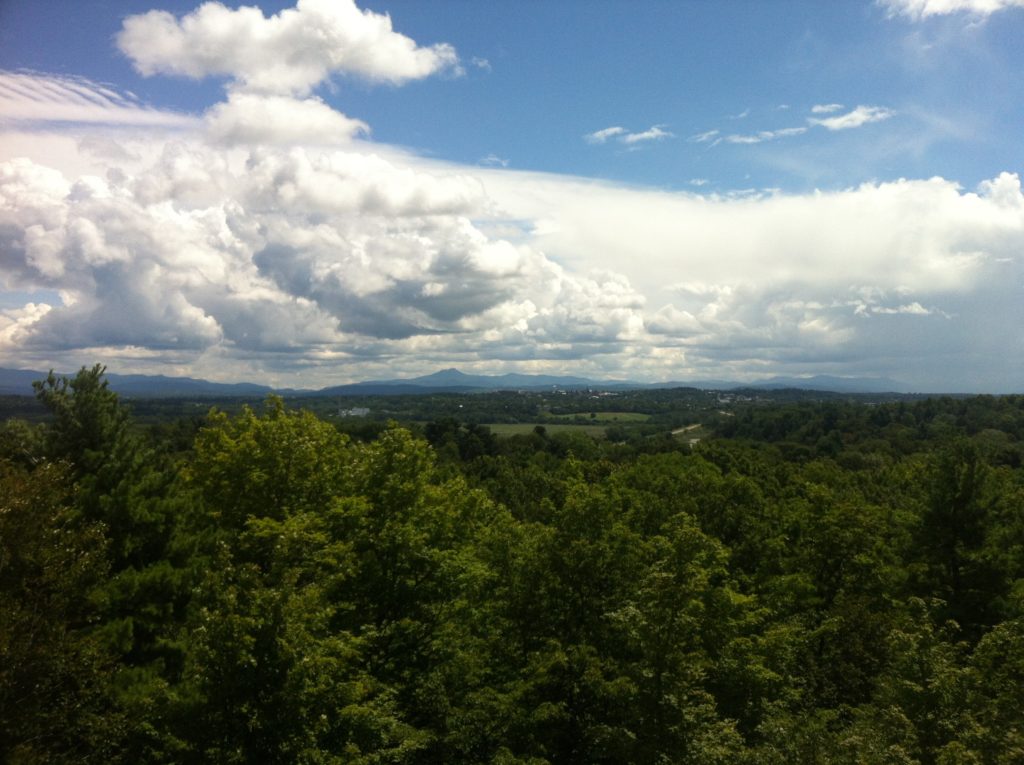 Burlington, Vermont: not just for hippies! It’s also the lakefront home to a busy arts scene, a a sustainable food culture, and the only U.S. senator that can reasonably be called “beloved.”

In recent years, the little neighboring city of Winooski has become a fun and vibrant place in its own right — usually described as “Burlington’s Brooklyn” in national-media travelogues but perhaps more accurately described as “Burlington’s Somerville” for this audience. This weekend, the multi-venue Waking Windows festival marks its seventh year taking over downtown Winooski with all manner of slightly-too-weird-for-regular-festivals music. Whether you’re headed up I-89 for that event, or Burlington’s annual South End Art Hop in the fall, or just for a fun weekend road trip, here are seven bars and breweries where the discerning beer drinker and Hassle reader should stop in for a pint or two. 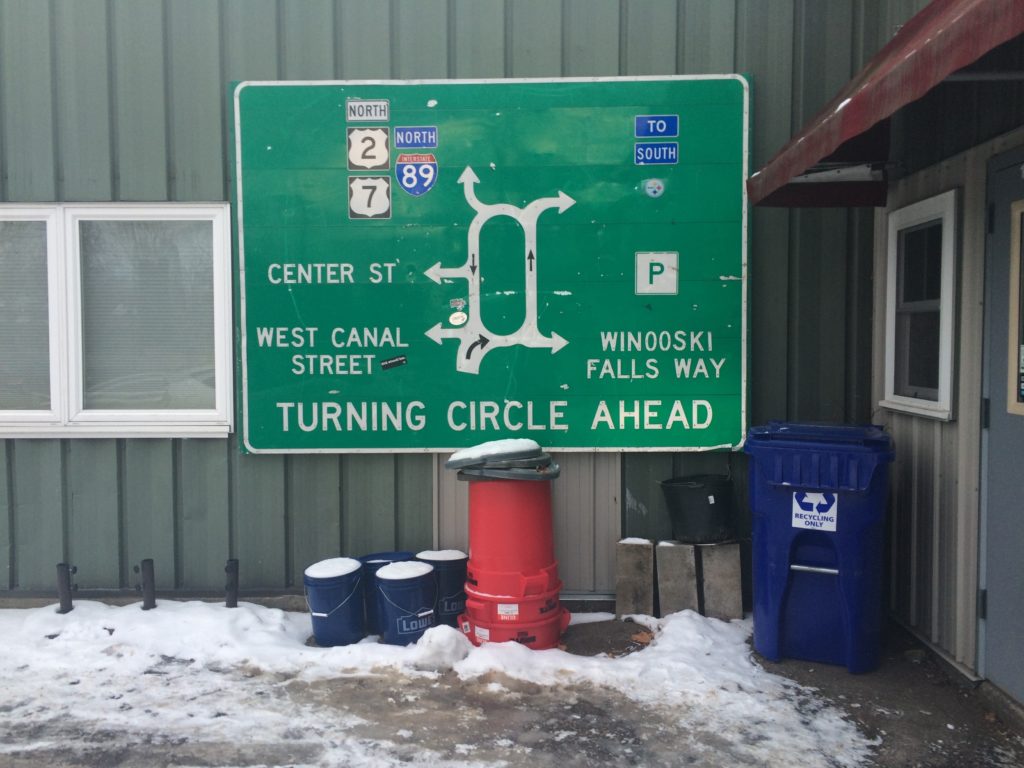 Located right on Winooski’s infamous downtown rotary — racecar helmet optional but recommended — the Monkey House has spent a decade as the center of Vermont’s indie rock scene for both touring and local bands. (It is also, full disclosure, probably the venue at which I’ve spent the most money in my life.) Acts like Wye Oak, Beach House, Kurt Vile and Speedy Ortiz played here before rocketing up to larger venues, but you’ll also find local bands, DJs and comedians gracing the Monkey’s stage every night of the week. But we’re here for the beer right now, and good luck finding any other rock club that regularly carries the Alchemist, Lawson’s Finest Liquids, and multiple Hill Farmsteads on its drink list. The only downside is that it’s easier to sacrifice a High Life to a mosh pit than a Sip of Sunshine.

Just a few doors up the hill, Mule Bar “craft beer meets craft food” in a minimalist, Vermont-rustic space. On tap you’ll find the fresh, hoppy Vermont classics alongside rarer local beers and hard-to-find European imports (and we’re not talking about Heineken). Pair a pint with burgers, cheese boards, or tacos if it’s Tuesday. Mule Bar doesn’t typically have music beyond choice tunes picked by the bartender, but during Waking Windows you’ll find stellar local DJs posting up at the turntables.

Located in a delightfully industrial garage-type space, Four Quarters is among the state’s very best breweries that flies under the radar to we flatlanders. This tiny spot produces a creative range of funky beers beyond your usual Vermont IPA styles — think sours, saisons and more Belgian-inspired styles. In the warmer months, food trucks, picnic tables and a stage for live music pop up out front. 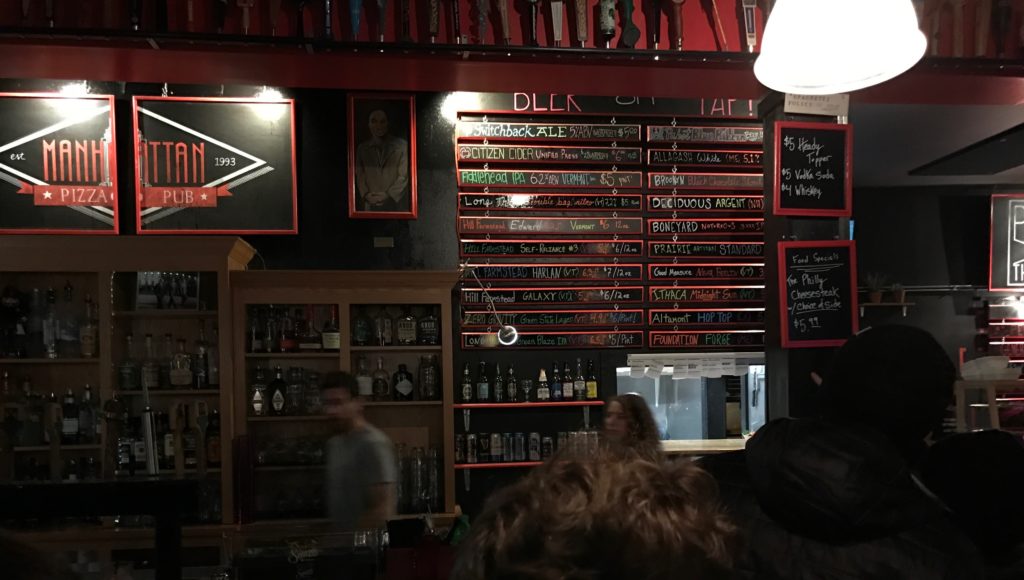 This longtime downtown fixture is a classic family-friendly pizza spot by day, but the “Hail Pizza” pentagram art hints at its nighttime life as a rollicking loud beer bar with great local punk bands (and, it must be said, not-infrequent nights of stellar karaoke). Murals of New York City legends like the Ramones and the Teenage Mutant Ninja Turtles loom large on the walls, but this author’s go-to is the Philly cheese steak — pair with a Heady Topper on a Friday for Burlington’s best end-of-week tradition.

You actually have two spots to get Zero Gravity fresh from the source in Burlington. This brewery got its start in the back of downtown Burlington’s American Flatbread — which throws Vermont’s finest Oktoberfest party in its alley, it must be said — and continues to operate as the house brewpub alongside wood-fired pizzas. Just a mile away in the South End, its Pine Street production brewery offers German beer hall snacks in its taproom and patio. In keeping with our musical theme, perhaps you’ll find a beer referencing Ween or the Beastie Boys on tap (RIP MCA!).

Also in Burlington’s busy Pine Street neighborhood, ArtsRiot is a restaurant, bar, gallery and all-ages events venue hosting live music, comedy, spoken word and more. The bar area features a solid list of craft cocktails and Citizen Cider from next door in addition to another great beer list. Besides serving as one of many party hotspots during the city’s annual South End Art Hop event and hosting bands like Lady Lamb, Palehound and LVL UP, you’ll also find a cross-section of local food, drink and music at the big food truck festival ArtsRiot hosts in its backyard every summer Friday.

Look, this is 45 minutes from Burlington/Winooski, but it’s a scenic drive and kinda on the way back to Boston. But the fact is that Heady Topper and the Alchemist’s other IPAs are beer geek holy grails for good reason — they’re world-class beers and they’re impossible to buy legally outside of a 50-mile radius around Stowe. Stop into the Alchemist’s shiny new facility to have a few samples, maybe buy some cool merch, buy a case of liquid gold to take home and make all your beer geek Facebook friends jealous.

Liked it? Take a second to support Tyler Machado on Patreon!